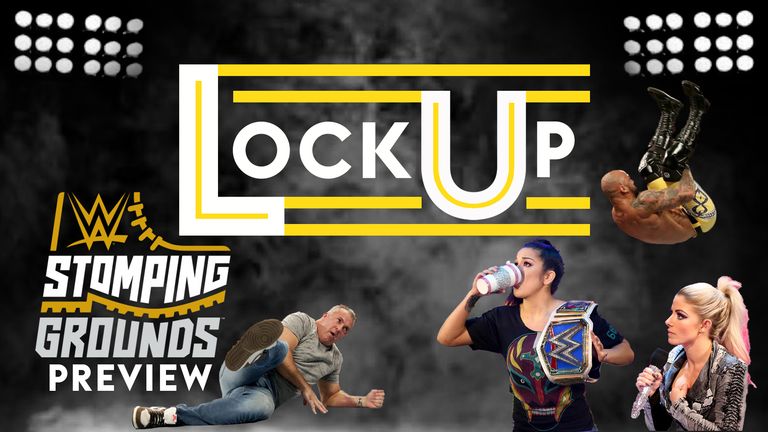 The Lock Up team take an in-depth match-by-match look at Sunday’s event Stomping Grounds on this week’s episode.

The Lock Up team are back in the studio and have their boots on to stomp on some grounds as they look ahead to the weekend’s big Box Office spectacular.

Seven WWE titles are on the line on Sunday night and where better to warm up for the event than in the UK & Ireland home of WWE, Sky Sports?

WWE editor Jefferson Lake is joined by the king of all the tech guys TJ as they break down every match on the card in a romantic podcast for two.

The pair contemplate the superb build-up this week for the SmackDown women’s title match and Roman Reigns’ clash with Drew McIntyre and mull over the ‘styles clash’ nature of the potentially show-stealing contest between Samoa Joe and Ricochet.