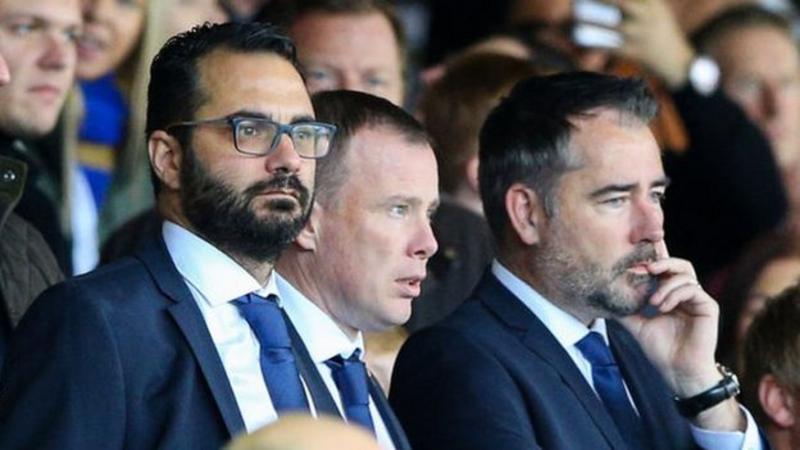 As long as the football season is on hold, the summer transfer window remains shut.

But how will the window work once it is open, and what are clubs, players and agents doing to prepare for it?

BBC Sport columnist Guillem Balague talks via video conference with a director of football and two former players, who are now agents, to discuss how the global pandemic might affect recruitment plans for next season.

Victor Orta is director of football at Leeds United, who are a point clear at the top of the Championship with nine games to play and so are yet to discover if they will be recruiting with a Championship or Premier League budget.

“We’ve been using this time to do more video analysis of players,” he said. “In a normal situation this happens, just not in May because we normally know where we are. Now the availability of players and the new budget is really uncertain.

“Perhaps it’s a good moment for our analysis to be deeper, more concrete, and then at the next step we have all the subjects (targets) and can make better decisions (on signings).

“If I had a player with the option to buy now, because I expected the season to be finished, and one team uses that date to sell the player for more money to another team, it wouldn’t look good, to use one big problem and benefit.”

Contracts run to 30 June but Orta expects clubs to “be ethical” over the availability of players, and believes next season will see more academy players being used.

“Uefa is talking about extending contracts by six or seven weeks, and some lawyers are saying that if the season hasn’t ended, the contract hasn’t ended,” he said.

“In this moment we talk about helping each other and football is the same. This is a crisis and if anybody takes benefit, for me it would be a big surprise. I don’t think the football industry will do this.

“It looks complex but it’s one player, two teams and changing the date. I trust in the goodwill of people and relationships that we can make (it happen).

“At Leeds United this year, we always had young players around the team. The fans are proud of the club’s history with academy players. Perhaps it’s a good moment to be brave and give a chance to youth players. Why not make that your philosophy now? It’s exciting, it could be a new era for teams.”

Arturo Fernandes, head of Portugal’s Agents Association, also believes that teams will put their faith in youth next season.

“Why? Because they were in big crises with money so gave the opportunity to cheaper players, the young players from the academy. It would be great for these players and for the clubs because they will find, in three or four years, that their biggest profit will come from these boys.”

While Fernandes expects all clubs to “go to the market” when the window opens, he does not see much money changing hands.

“The clubs with bigger finances can do whatever they want but they will go very low (with fees) because they know everybody is in crisis,” he said. “I believe this market will bring us swaps, loans and small transfers, and that there’ll be more inside the same country because we’ll be unable to know if everybody can travel.

“The UK, France and Spain will look inside mostly because it makes things easier for the players, their families, even for the agents, to travel around. Imagine if I bring one player to PSG and the same day I need to come back to London or Portugal and they obligate me to stay in quarantine.”

Fellow agent Marcelino Elena, the ex-Newcastle, Mallorca and Spain defender, added: “The biggest clubs will spend extra money to get the players they want because they can but for the rest, who have to look at every coin they spend, it’s a huge difficulty.

“I think we’ll see more small deals and deals with the biggest clubs, but not in the middle. Clubs will be willing to spend three or four million, but not 15 or 20. Or clubs will spend £60m because they know it’s a world-class player and they have security on that.”

‘Don’t be offering players – it’s not the right moment’

Agents haven’t been as proactive as they normally are in May, in terms of trying to get deals done.

“I’ve told all my agents in Portugal, and also in my company in London: Don’t call the clubs offering players,” Fernandes added. “Right now is not the moment, for all the reasons. Call clubs, maintain a good relationship with them, and with the players also, but try to understand how safe they are and if everybody is healthy.”

As for players, Fernandes and Marcelino have been trying to reassure those who are concerned about their future.

“I’ve told all players that the season finishes when it finishes, and the new seasons starts when it starts,” said Fernandes. “They just need to follow the solidarity rules and clubs will be aware of insurance for players who keep playing. If the season starts on 1 August then the contracts will be in place from then.”

Marcelino added: “We’re approaching that deadline (30 June) and players want to know when they’re returning, what happens with the season, where they’re playing next season – the answer is, there’s no answer.

“It’s frustrating but we all need to be patient because there’s something out there that’s bigger and more important than football, whether we like it or not.”