But it was one that had been coming. 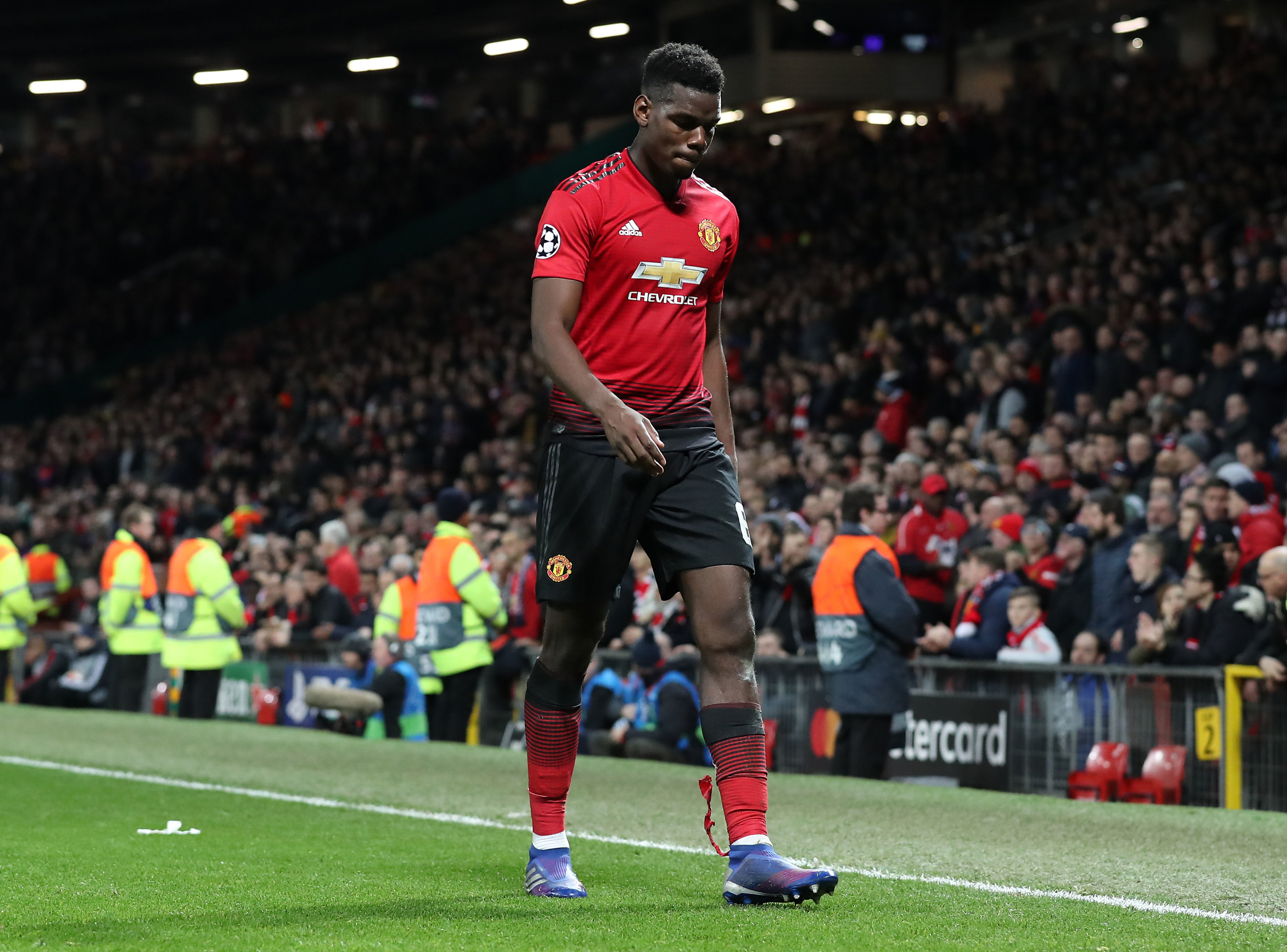 And while Manchester United’s Champions League hopes were probably already evaporating before Pogba’s red card, the act of foolishness was the final, seemingly fatal, blow.

Ole Gunnar Solskjaer, understandably, sought to defend his star midfielder for the clash with Dani Alves.

After all, the France midfielder has been the symbol of the change of mindset at United since Solskjaer replaced Jose Mourinho.

His performances have been outstanding, driving with the ball, playing killer passes, scoring superb goals. Everything you would want. 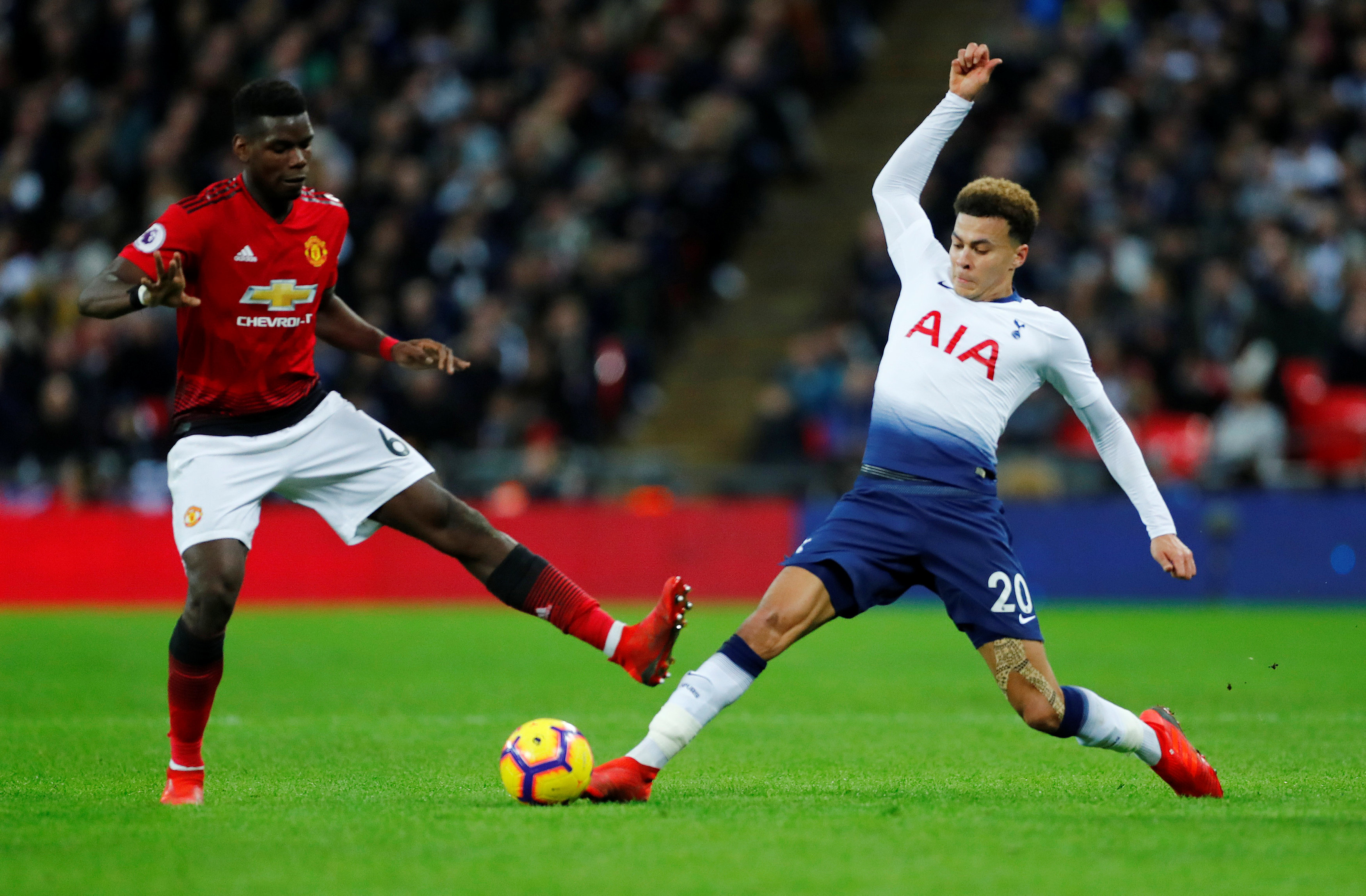 The United chief said: “He tries to get his body across and Dani Alves is clever enough to put his foot in there, so he hits him.

“From the side, I knew that all Paul wanted to do was shield the ball, but he’s unlucky and hits him on the knee.”

Yet the only debate was whether referee Daniele Orsato was right to opt for a second yellow, rather than brandishing a straight red. 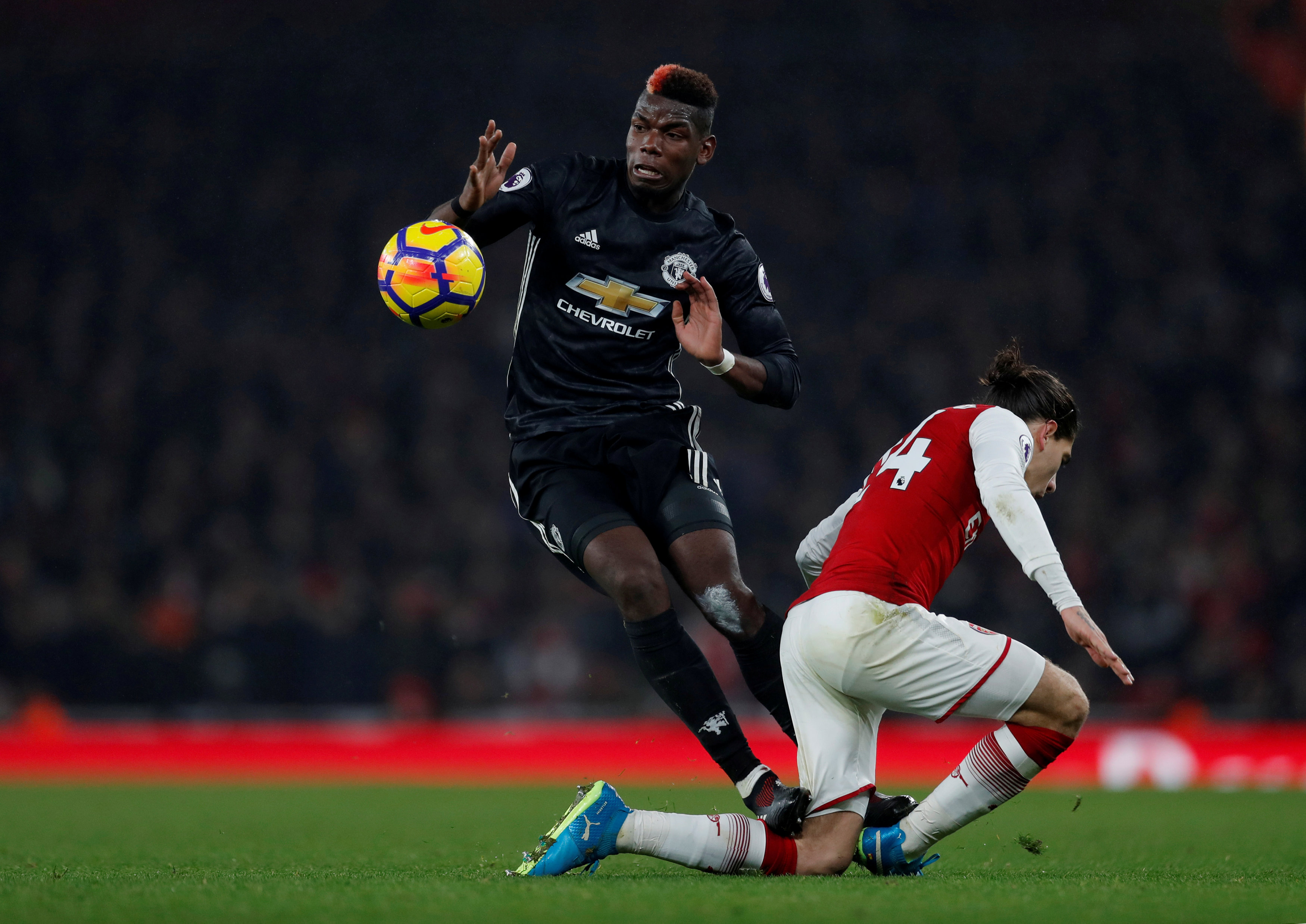 Fifa state that “a player is guilty of serious foul play if he uses excessive force or brutality against an opponent when challenging for the ball when it is in play.

“‘Using excessive force’ means that the player has far exceeded the necessary use of force and is in danger of injuring his opponent.”

Some suggested Pogba’s approach was “lazy” rather than malicious.

All night he seemed disaffected and out of sorts, frustrated by his inability to dictate the game as he has been doing on a regular basis since the Old Trafford regime change.

As Arsene Wenger, sitting in the beIN Sport studios in Doha, pointed out: “Paris blocked Pogba with Marquinhos in man to man marking. Then when they had the ball, they got Julian Draxler behind Pogba and created chances.”

Solskjaer’s argument, that Pogba was attempting to “shield” the ball, is probably the correct one.

But this was a “tackle” we have seen before.

At Wembley last month, late in the game, Pogba came in from the side and smashed Dele Alli on the outside of his right knee.

It was a potential red card offence. Remarkably, United did not even concede a free-kick.
Last season, remember, Pogba was sent off at Arsenal when his boot came crashing down on Hector Bellerin’s left leg.

Just as on Tuesday night, Pogba was stretching out those almost infeasibly long limbs, taking advantage of his build, to try to get the ball.

Yet there was no control, no calmness, about the movement. And the danger to his opponent was clear. 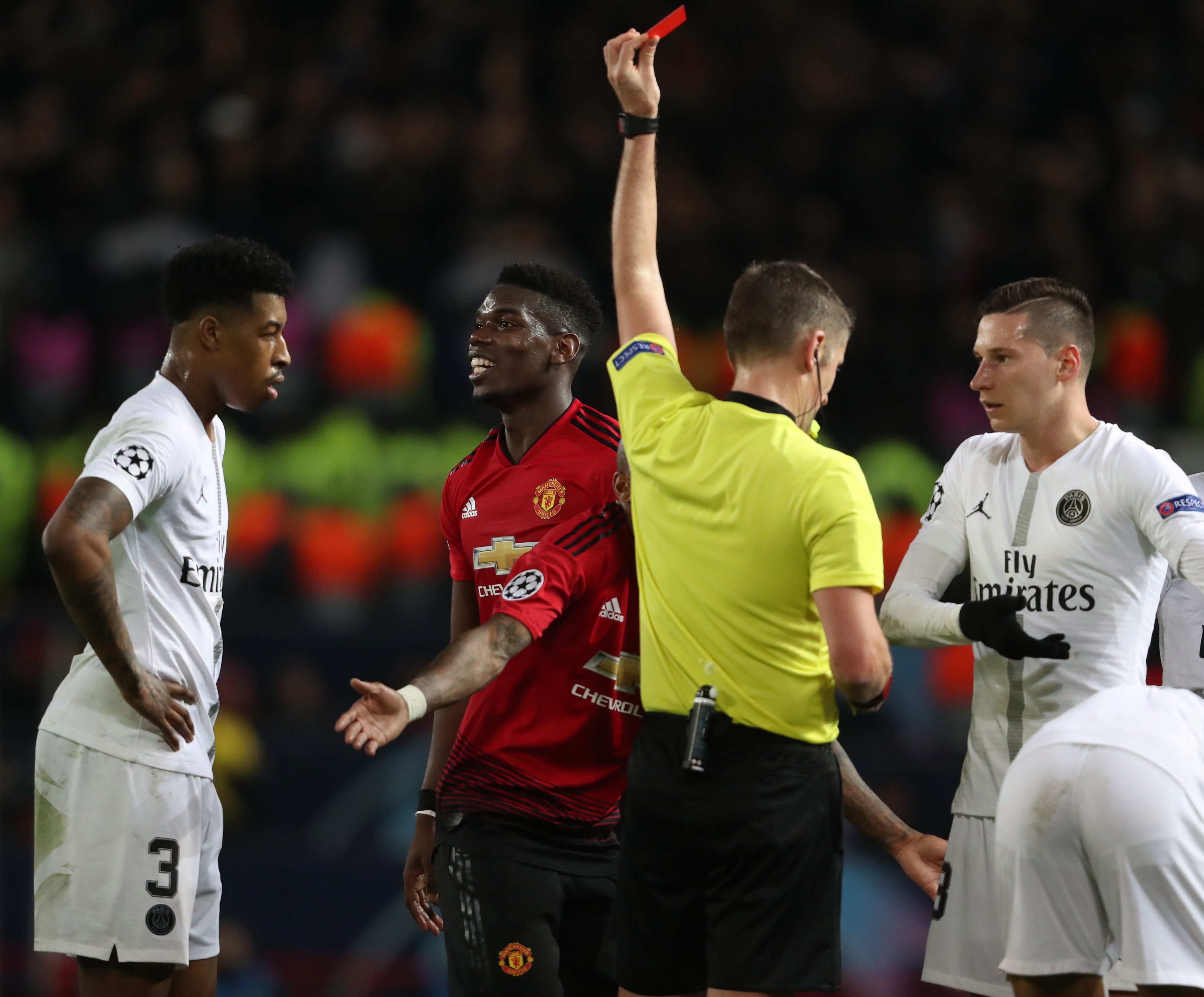 The United fans who complained about the referee, screaming blue murder about the fact that Presnel Kimpembe was still on the pitch to score PSG’s opener after an assault on Marcus Rashford at the start of the second half which should have resulted in a second yellow, cannot ignore the reality of Pogba’s offence.

And if “consistency” is really wanted, then they would have to accept that Ashley Young would also have deserved a second yellow for the barge that sent Angel Di Maria hurtling over the brick wall beside the pitch, through the cinders and into the metal grill at the front of the main stand.

Next season, with VAR in use at all Premier League games, Pogba will be sent off if he makes those kinds of challenges. Time and again unless he learns.

There have been enough warnings.