EVEN before Manchester United had failed to defeat the second-worst team in Premier League history, Ole Gunnar Solskjaer said it.

He stated that Manchester United face a major battle to remain in the top six next season. 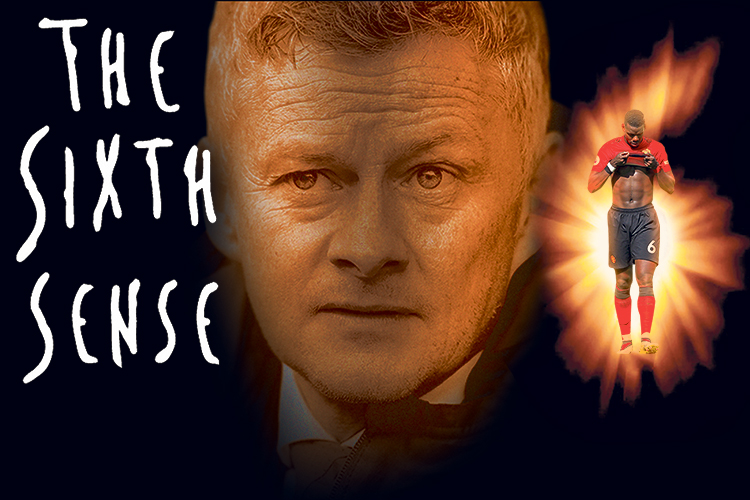 Coming from a manager who had earned his job by virtue of wide-eyed optimism and an apparent belief in the mythical powers vested upon Old Trafford by the club’s great history, this was a jarring statement.

If Jose Mourinho had still been in post, and was openly talking United down in such a fashion, we’d have accused him of cynical self-interest.

Asked about the possibility of United challenging for the title next season, Solskjaer replied that “you don’t just catch up 27 points in one season, you have to take it gradually”.

But, of course, at the end of last season, Liverpool had an elite ­manager, a very good squad with just a couple of holes in it, a coherent club structure, a successful recruitment system and a sense of unity and optimism.

United have none of those things.

And after Sunday’s lamentable 1-1 draw at Huddersfield sentenced them to the Europa League, you had to conclude that Solskjaer — who had talked up his own intrinsic optimism on the day he was appointed as ­permanent manager — is correct to go all “glass half-empty”.

Without his positivity, his flair for evoking nostalgia and his almost religious belief in United’s glorious destiny, it’s difficult to know exactly what Solskjaer brings to the party.

Try to name a manager with a similar CV — one failure in England and a few titles in Scandinavia — and the nearest you would find is his fellow Norwegian Stale Solbakken, who bombed at Wolves in the Championship and keeps winning Danish titles.

And Solbakken would hardly be a candidate to manage United.

Now the  euphoria from Solskjaer’s extraordinary early run of 14 wins in 17 matches has been obliterated — and you would probably back against him remaining in post by Christmas.

Even the words of his “Ole’s at the wheel” anthem sound damning now.

Oh have you? And that’s a good thing?

You would genuinely rather start the summer with the squad of Wolves or Leicester City, the clubs most likely to replace United in that top six next season.

As we celebrate this week’s sixth anniversary of United’s incoming executive vice-chairman Ed Woodward ­handing David Moyes a six-year contract as manager, it must be acknowledged that none of this is Solskjaer’s mess.

Woodward’s longevity is staggering after he presided over the spending of well over half a billion pounds in transfer fees to take United from champions to distant also-rans.

And that’s without even considering the pay-offs made to three sacked managers.

Now Solskjaer, still without the aid of a sporting director, must oversee the biggest overhaul of a United playing squad in more than 30 years.

And where would you even start with such a rebuild?

When Paul Pogba and David De Gea are likely to seek moves.

When there are no other players of world class.

When the defence has kept fewer clean sheets than Cardiff or Burnley.

When no United forward is in the league’s top ten goalscorers.

You would genuinely rather start the summer with the squad of Wolves or Leicester City, the clubs most likely to replace United in that top six next season.

How many senior players do United possess who are both good enough and sufficiently motivated? Marcus Rashford and Jesse Lingard perhaps? Luke Shaw and Victor Lindelof maybe? Nemanja Matic has the pedigree but he turns 31 this summer and has been creaking.

There are promising kids but how many does Solskjaer throw in and how often? 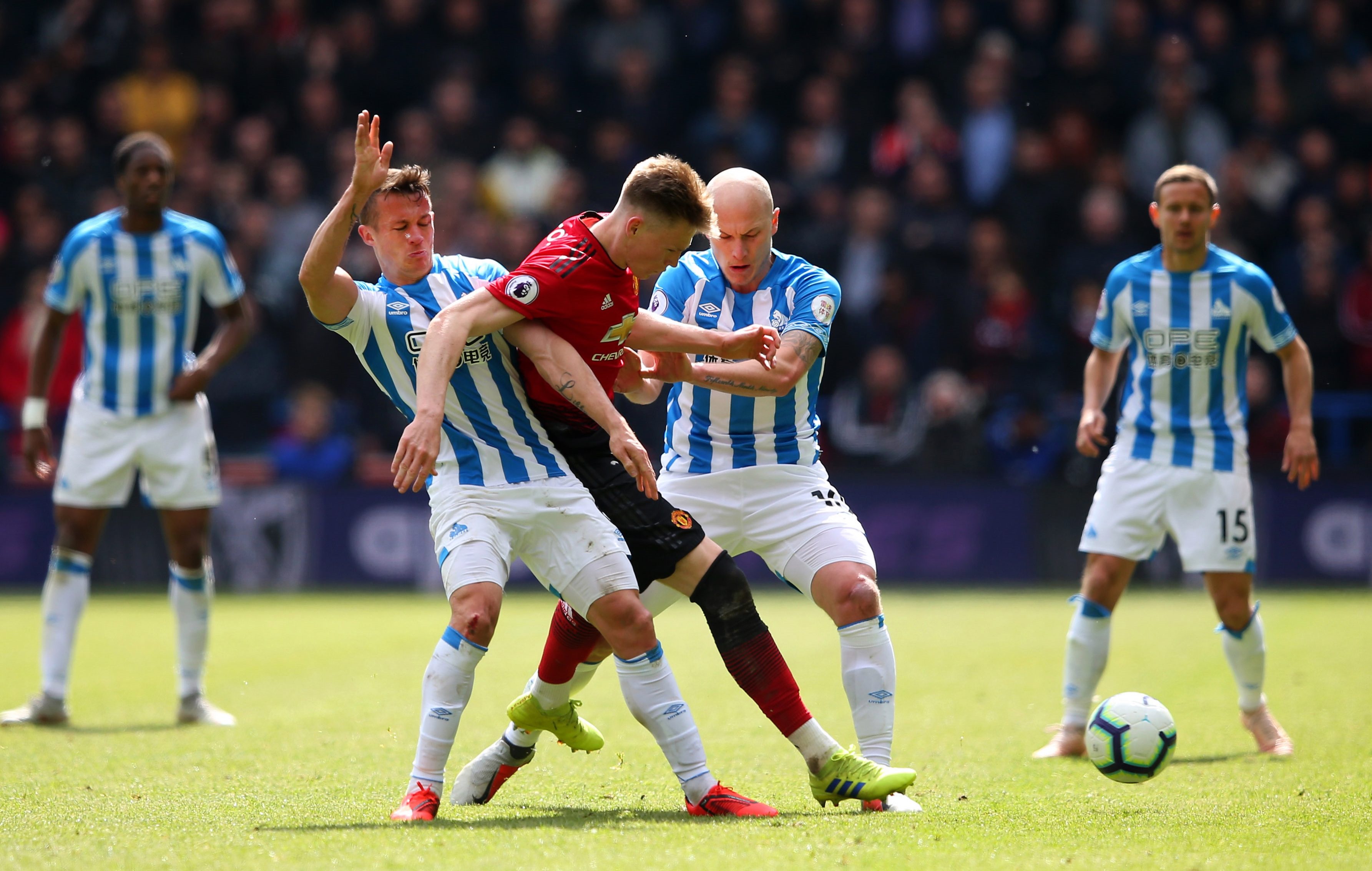 It is a mess and, though United will spend big again, who believes they will suddenly start getting value for money in the transfer market after 12 previous windows of almost unmitigated disaster under Woodward?

Popular wisdom has it that  Woodward’s job is safe as long as the money-laden contracts for global noodles partners keep rolling in.

But there comes a tipping point where Pogba’s social-media profile and Alexis Sanchez pretending to play ‘Glory Glory Man United’ on the old Joanna will no longer be enough.

A point when commercial worth is damaged by on-field failure.

When even the noodles boys start asking, “Hang on, are you actually any good at football any more?”

And that time will come when United are no longer playing in Europe for a season or two.

A scenario which even Solskjaer, the eternal optimist, is now openly discussing.

BEFORE he fights a fat Mexican, because a fat American failed a drugs test, it was good to hear Anthony Joshua admit “it’s the fans that are missing out” over the failure of heavyweight boxing’s big three names to get it on.

But less convincing was the idea  Joshua “doesn’t know what’s happening” regarding the inability to fix him a bout with Deontay Wilder or Tyson Fury.

Fighters are no longer slaves to unscrupulous promoters. If Joshua truly wants to fight Wilder and Fury while they’re still in their prime, he can absolutely make it happen.

Perhaps just for a slightly smaller fortune than Eddie Hearn might have hoped.

When England’s one-day cricket captain hammered Hales over his ‘complete disregard’ for team culture and the ‘lack of trust’ this had caused between the axed batsman and his colleagues, it made you feel more confident — not less — of his team’s World Cup chances.

RAM SHAM IS SO SAD

THE guard of honour, the cut-glass memento, the tears, the standing ovation and the glowing  tribute from chairman Sir John Chippendale Lindley — aka ‘Sir Chips’ — Keswick.

You could have been forgiven for thinking that Arsenal’s farewell to Aaron Ramsey (left) was something unavoidable — a career-ending injury, perhaps, or the work of Old Father Time.

Yet here was possibly Arsenal’s best player, in the prime of  life at 28, leaving because the club don’t value him as much as  Juventus do.

The only tears shed should have been for the loss of Arsenal’s  status as a major European club.

TWO or three more wins and Maurizio Sarri’s achievements in his first season at Chelsea will read: the Europa League trophy, third place in the Premier League, top team in London and Carabao Cup runners-up.

Yet Chelsea fans remain almost uniformly hostile to the Italian.

There are two reasons: Sarri is a cold fish, dismissive of players and fans. And the  football has been largely turgid.

DURING Sky’s coverage of Newcastle v  Liverpool, Martin Tyler and Jamie Carragher were talking up the 7.45pm Saturday kick-off time as a positive concept which is inevitably here to stay.

Well there’s nothing positive about it if you’re a travelling fan, a  home fan with a social life, or a police force trying to cope with 52,000 spilling into Newcastle city centre at the thirstiest time of the week.

But apart from that, yeah, terrific.