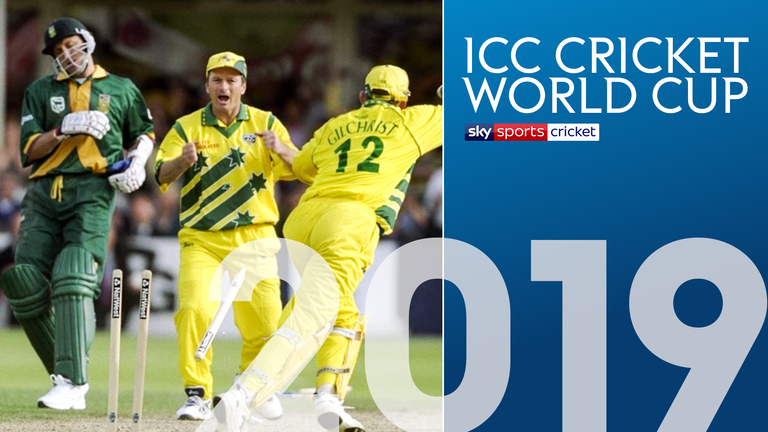 A few weeks ago on this website, ahead of Liverpool’s Premier League encounter with Chelsea at Anfield, an article rewound five years to Steven Gerrard’s famous slip in the same fixture that went a long way to denying the Reds a first top-flight title since 1990.

South Africa’s Lance Klusener and Allan Donald will have understood the former Liverpool star’s pain, with their renowned mix-up in the 1999 Cricket World Cup semi-final against Australia going a long way to denying the Proteas a maiden World Cup title, a wait that goes on to this day.

If Gerrard’s slip remains raw five years on, then so does that South Africa run out almost 20 years later. They had one foot in the final, they needed one run from four deliveries – yet somehow they tied and were subsequently knocked out. Those directly involved are probably still scratching their heads trying to fathom how.

Chasing a target of 214 to set up a showdown with Pakistan in the final, South Africa rallied from 61-4 to 145-4 before a cluster of wickets and runs from the lower order left Hansie Cronje’s men 205-9 and requiring nine from the final over at Edgbaston.

Cue something quite extraordinary.

If the scales were tipped in Australia’s favour before seamer Damien Fleming sent down his first delivery, they were weighted in South Africa’s two balls later as Klusener thumped back-to-back boundaries.

Klusener dispatched a full, wide delivery to the cover fence and then drilled a similarly grisly ball through long-off for four more to take the scores level. Surely this was South Africa’s moment?

One to win, four deliveries to get it, Australia reeling. Just find a gap, scamper through and get into the showpiece game.

Except running then looked like the most difficult thing in the world for Donald, ironic really, considering his moniker of White Lightning. 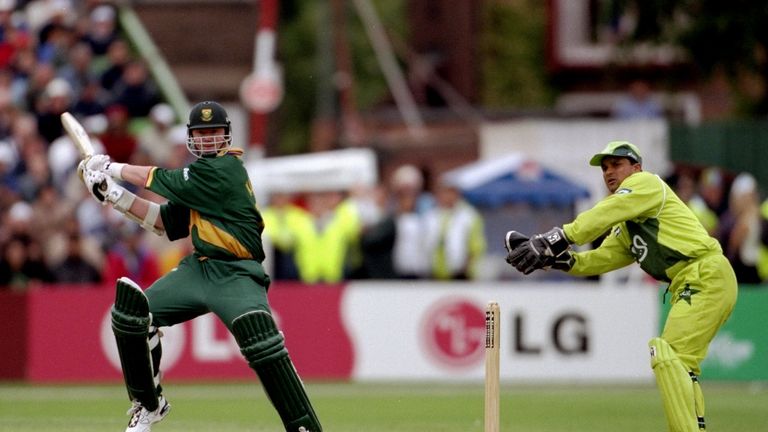 Donald left his crease from the third ball of the over, backing up dramatically and left stranded as Klusener shanked his shot to mid-on, but survived with Darren Lehmann’s throw, no more than six yards away from the stumps, a wayward one.

Surely that was Australia’s last chance? Surely there would not be another aberration between the wickets. But then…

Klusener skewed the fourth ball to mid-off this time, towards Mark Waugh, and set off like a tracer bullet to the non-striker’s end. Not that Donald knew that. He was planted in his crease, back turned, staring at the ball. When he became aware, it was too late.

Donald, having dropped his bat, finally attempted to sprint to the wicketkeeper’s end but to no avail.

Waugh had thrown to Fleming, Fleming had rolled the ball down the pitch to Adam Gilchrist and Gilchrist whipped off the bails to secure a tie, a result that meant Australia progressed to the final by virtue of finishing ahead of South Africa in the Super Six stage of the tournament.

Wild celebrations for Australia, tears – a deluge of tears – for South Africa and utter disbelief all around. 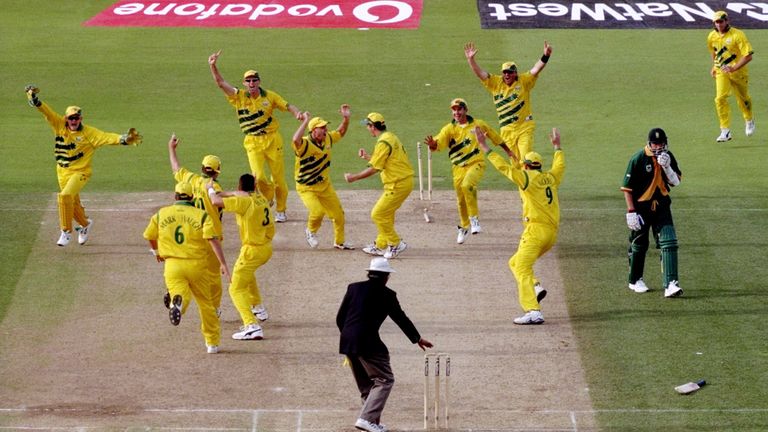 “As I looked around I saw this girl with her face in her hands bawling her eyes out,” Donald recently told Sky Sports News. “That dressing room was disgusting, it was awful. No one said a word for 40 minutes.

“I really struggled coming to terms with it in the following months. I actually went and saw a psychologist.”

It was the second time in five days Steve Waugh’s men had left Cronje’s dejected with Australia’s five-wicket win at Headingley earlier in the week keeping them in the tournament and ensuring they ended above the Proteas in the league phase on net run-rate.

That game was fraught with drama, too – if perhaps not as much as the semi-final – and the result could have been different had Herschelle Gibbs not spilled Steve Waugh at midwicket on 56 while attempting to celebrate the catch.

Waugh, who has denied he told Gibbs that he had dropped the World Cup, went on to make an unbeaten 120 to steer Australia to a vital victory.

Near misses and collapses have been the narrative for South Africa at World Cups since. 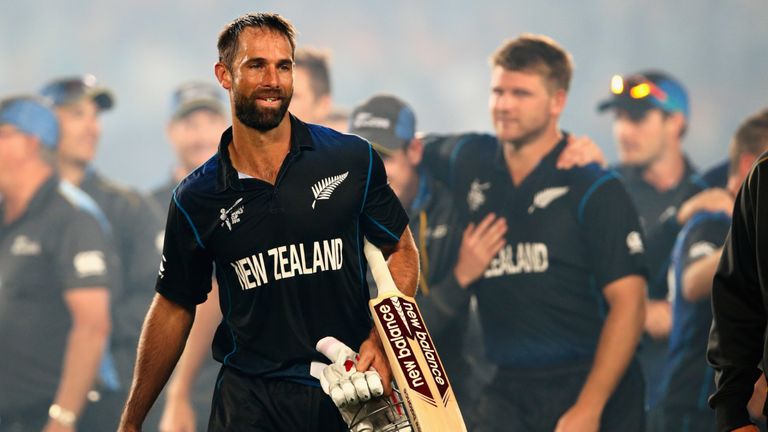 In 2003, they were dumped out in the group stage after a miscalculation with DRS led to them tying, not winning, a rain-affected game with Sri Lanka in Durban.

Four years ago, it was agony again against the Black Caps, with South Africa-born Grant Elliott striking the winning six for New Zealand in the semis as they won by three wickets with one ball to spare.

South Africa had fumbled in the field and were made to pay as Elliott sent Dale Steyn’s penultimate delivery into the stands over long-on to extend the Proteas’ World Cup misery.

“We will never have the chokers tag off our back until we win an official ICC event,” added Donald. “Until that happens, we will never be forgotten for what happened in 1999.”

So, can the class of 2019 end that agony and break that duck? 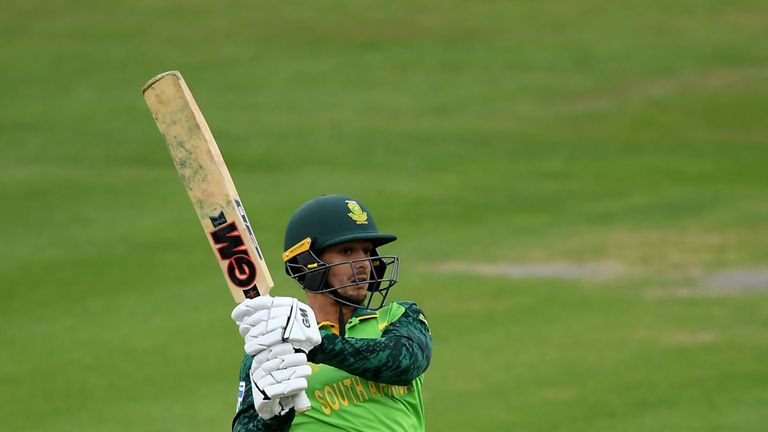 Faf du Plessis’s men are behind England, India, Australia and New Zealand in the betting, probably because their batting line-up – now without AB de Villiers, of course – seems to lack depth.

Hashim Amla’s form has also been cause for concern, although half-centuries in recent warm-ups against West Indies and Sri Lanka may have eased those worries.

The No 7 and 8 roles, filled so well by Klusener and Shaun Pollock in the past, have not been nailed this time either, with Andile Phehlukwayo, Dwaine Pretorius and Chris Morris battling for those spots.

However, with Quinton de Kock up top and skipper Faf du Plessis anchoring the middle order, plus a potential bowling line-up of the searing Dale Steyn, Lungi Ngidi and Kagiso Rabada – all of whom have had injury issues in recent months – and ebullient spinner Imran Tahir, South Africa have the tools to make an impression, starting against England on Thursday.