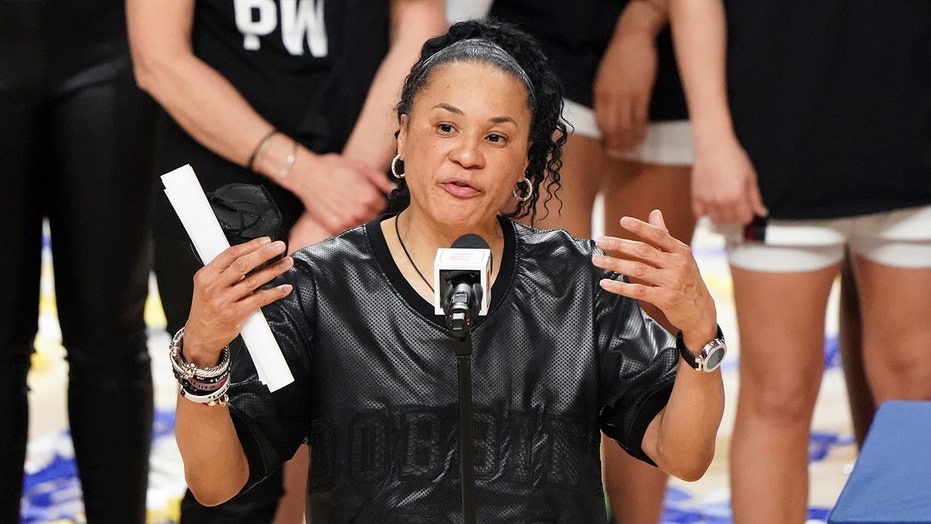 NCAA officials admitted they dropped the ball when it came to the issues Women’s Basketball Tournament and offered an apology Friday, but South Carolina coach Dawn Staley didn’t appear to be satisfied.

Oregon forward Sedona Prince highlighted the issues in a TikTok video on Thursday night after the NCAA put out a statement, saying they would rectify the problem but acknowledged spatial issues in the different tournament bubbles. Staley was among the loudest voices to issue their disapproval of the way the players in the women’s tournament were allegedly being treated.

“What we now know is the NCAA’s season-long messaging about ‘togetherness’ and ‘equality’ was about convenience and a soundbite for the moment created after the murder of George Floyd,” Staley wrote in a lengthy statement. “We cannot as leaders of young women allow [NCAA President] Mark Emmert and his team to use us and our student-athletes at their convenience. All teams here deal with the same issues as the men’s teams this season, yet their ‘reward’ is different.”

“I apologize to the women’s student-athletes, coaches and committee for dropping the ball on the weight room issue in San Antonio, we’ll get it fixed as soon as possible,” he said.

To solve the weight room complaints, the organization modified the space in the convention center into a larger workout facility which should be completed Saturday.

“We fell short this year in what we have been doing to prepare in the last 60 days for 64 teams to be in San Antonio. We acknowledge that,” NCAA Senior Vice President of Women’s Basketball Lynn Holzman said Friday. “Last night we did have a call with our coaches and team administrators in a way to solicit feedback and their experience thus far.”

She added: “Yesterday was the first day our teams had the opportunity to have practice. Part of that call was to get feedback on potential solutions to address some of those concerns, including the weight room issue.”

The NCAA vowed better collaboration between the two tournaments. Gavitt’ said he felt “terrible” about the shortfalls.