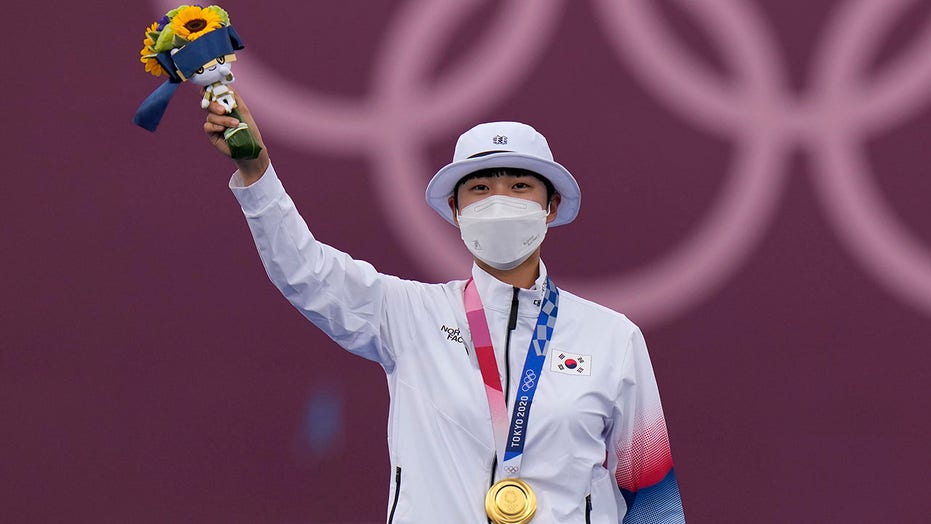 South Korean archer An San is silencing her critics in the best way possible: by winning another gold medal.

An has looked past the rise of an online anti-feminist movement targeting her this week because of her hair length to win her third gold medal at the Tokyo Olympics, this time in the women’s individual event. 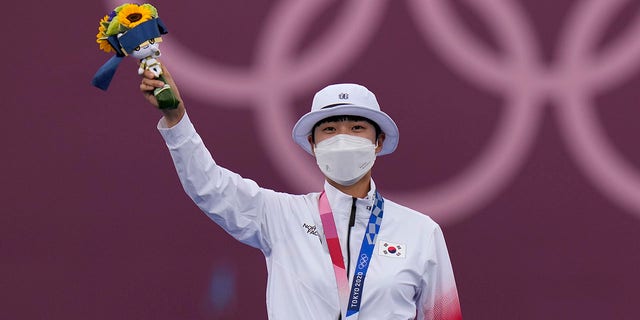 South Korea’s An San celebrates on the podium of the women’s individual archery competition at the 2020 Summer Olympics, Friday, July 30, 2021, in Tokyo, Japan. (AP Photo/Alessandra Tarantino)

Aside from the pressure athletes expect to face competing on an international stage, An has also been subject to a wave of criticism over her short hair from an online community that has labeled her a feminist — a term that carries negative connotations in South Korea.

An has been criticized in the past for her choice in hair length, but in a recent post on her social media, she fired back at some of the internet trolls.

“While you’re sending messages in your room driven by your inferiority complex, I’m winning two gold medals at the Olympics,” she wrote in her Instagram Stories over a screenshot of the messages she’s been receiving.

Despite the growing criticism, An has also received an outpouring of support from some of the country’s top leaders.

President Moon Jae-in was the latest to speak to her success in a statement on Friday, when he said “her pride is our pride” and noted her struggle to overcome discrimination, the New York Times reported.

Calls for the Korea Archery Association to protect An amid the online targets prompted a spokesperson to issue a statement to the Times saying it “will do everything to support our athlete.”