GRAHAM POTTER did not deny that signing Danny Welbeck and Adam Lallana was a gamble given their injury history.

But on days like this, you can see the logic in reuniting the England old boys at Brighton last summer. 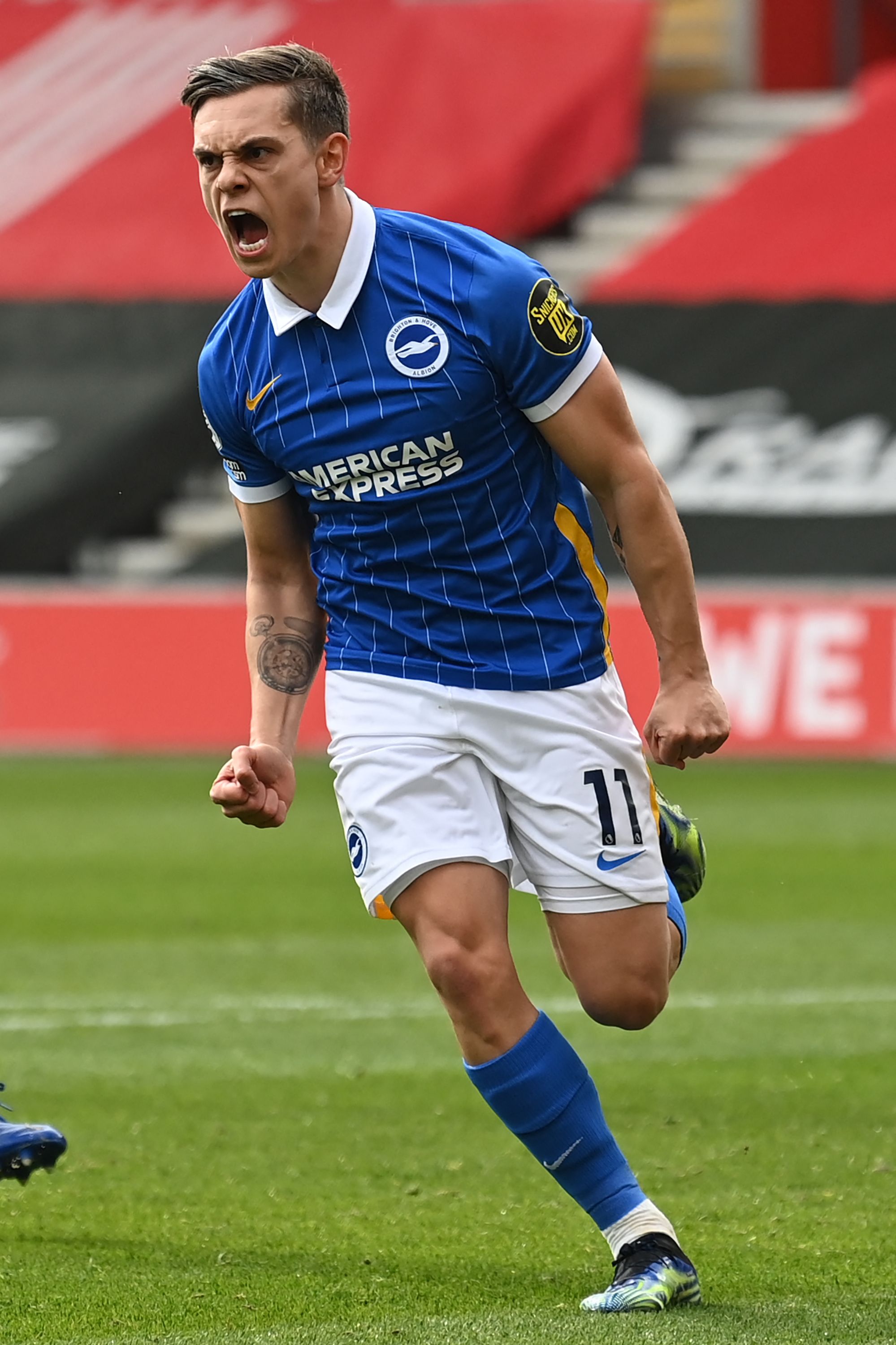 Yes, they are in the twilights of their careers with their best years behind them.

Yes, there is always a chance they will spend more time on the treatment table than the pitch.

But they are undoubtedly quality players – underlined by 76 Three Lions caps between them – that can make the difference between staying up or going down.

The pair were instrumental here in picking up a vital three points down the South Coast at Southampton, just when it looked like Brighton were set to chuck away yet another lead.

Captain Lewis Dunk had powered them ahead but Che Adams’ volley had levelled things up.

Lallana ensured heads did not drop with his constant chuntering, both encouraging and chastising team-mates in equal measure.

Then he and Welbeck linked up brilliantly to tee up Leandro Trossard for the winner.

Welbeck’s first-time pass through to the Belgian was worth the one-year contract Potter gave him in October alone.

It moved Brighton three points clear of the relegation zone and piled the pressure back on Scott Parker’s Fulham, after their recent resurgence.

Potter turned to his most experienced heads with Welbeck coming in for off-the-boil Alexis Mac Allister to reprise his international partnership with Lallana.

Former Saint Lallana had been particularly critical of his team chucking away a lead to go home empty-handed against Leicester last time out.

He accused his team-mates of feeling like they had already won it at half-time.

It was a sentiment his manager did not share yet it came as little surprise that Potter put his faith in the Champions League winner to spearhead their bid for safety.

Southampton have had their own problems of late with a shocking drop-off in the second half of the season.

It has seen them go from table-toppers in November to only seven points above the drop zone and looking nervously over their shoulders.

Ralph Hasenhuttl’s side had a good early chance to break the deadlock though as Adams cut back to Stuart Armstrong 14 yards out but the Scot scuffed his effort.

Brighton showcased some of their sexiest stuff in the build-up to their opener.

Welbeck produced a gorgeous backheel to Neal Maupay, who thundered a shot with his weaker left foot towards the top corner, only to be denied by Fraser Forster.

From Pascal Gross’ resulting corner, Dunk outfought Ryan Bertrand to power a brilliant header past Forster from a full 14 yards.

It was the Seagulls skipper’s fourth of the season and his seventh league strike since the start of last term – more than any other defender.

That statistic goes some way to explaining why Potter rates the 29-year-old as his most important player, even if Gareth Southgate does not seem keen.

Yet Dunk may have felt he could have done better to prevent the leveller which came just before the half-hour.

Bertrand did well to power Armstrong’s delivery back across the box.

Dunk rose to clear but the ball was just too high and he ended up glancing it on to Adams.

The Saints striker displayed the confidence of a man who has scored in back-to-back games by burying the volley.

At that point, Brighton fans watching on the Beeb will have been thinking, ‘Here we go again’.

Adams’ strike had meant their side had once again surrendered a lead, having already chucked away 17 points from winning positions this term. 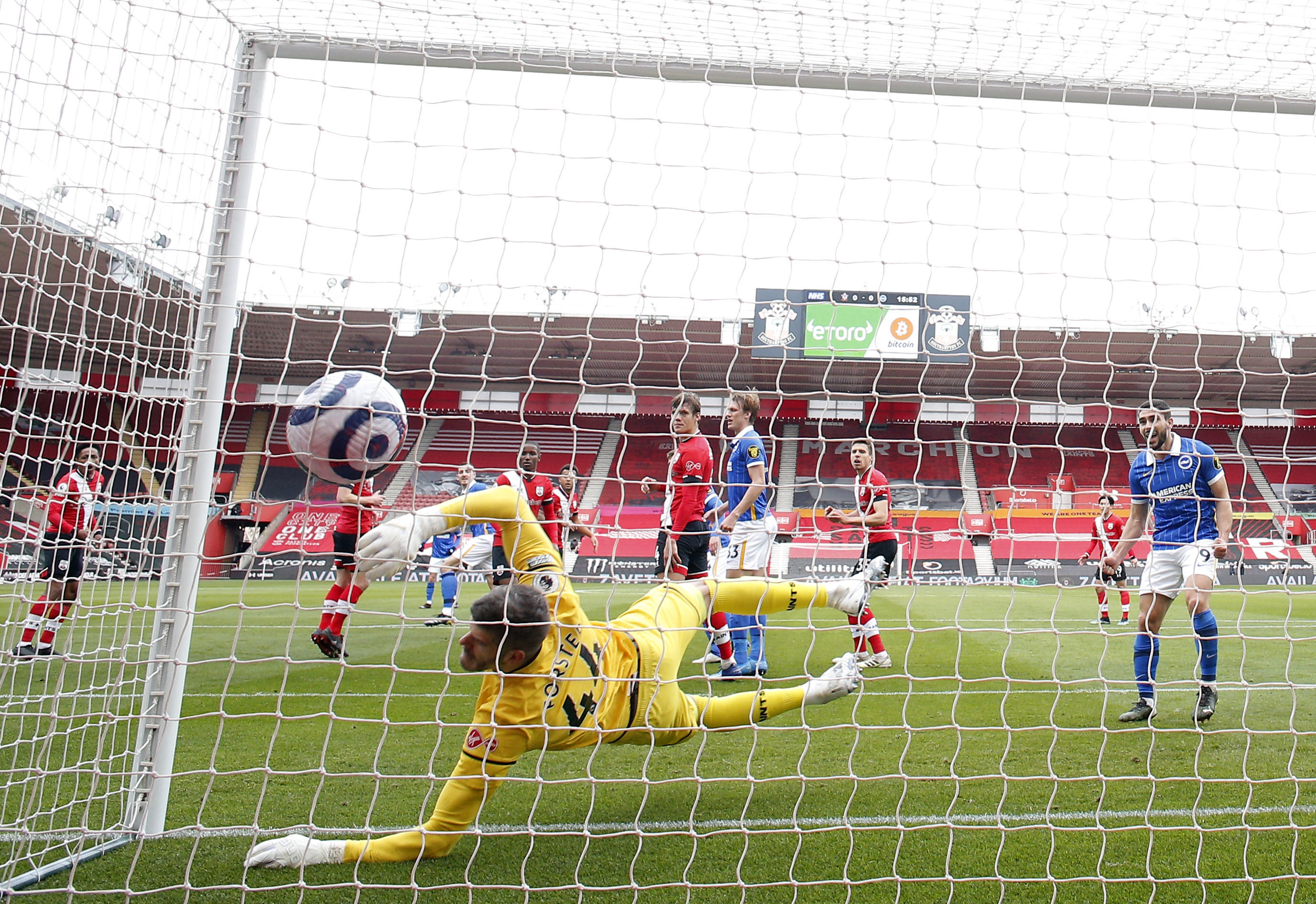 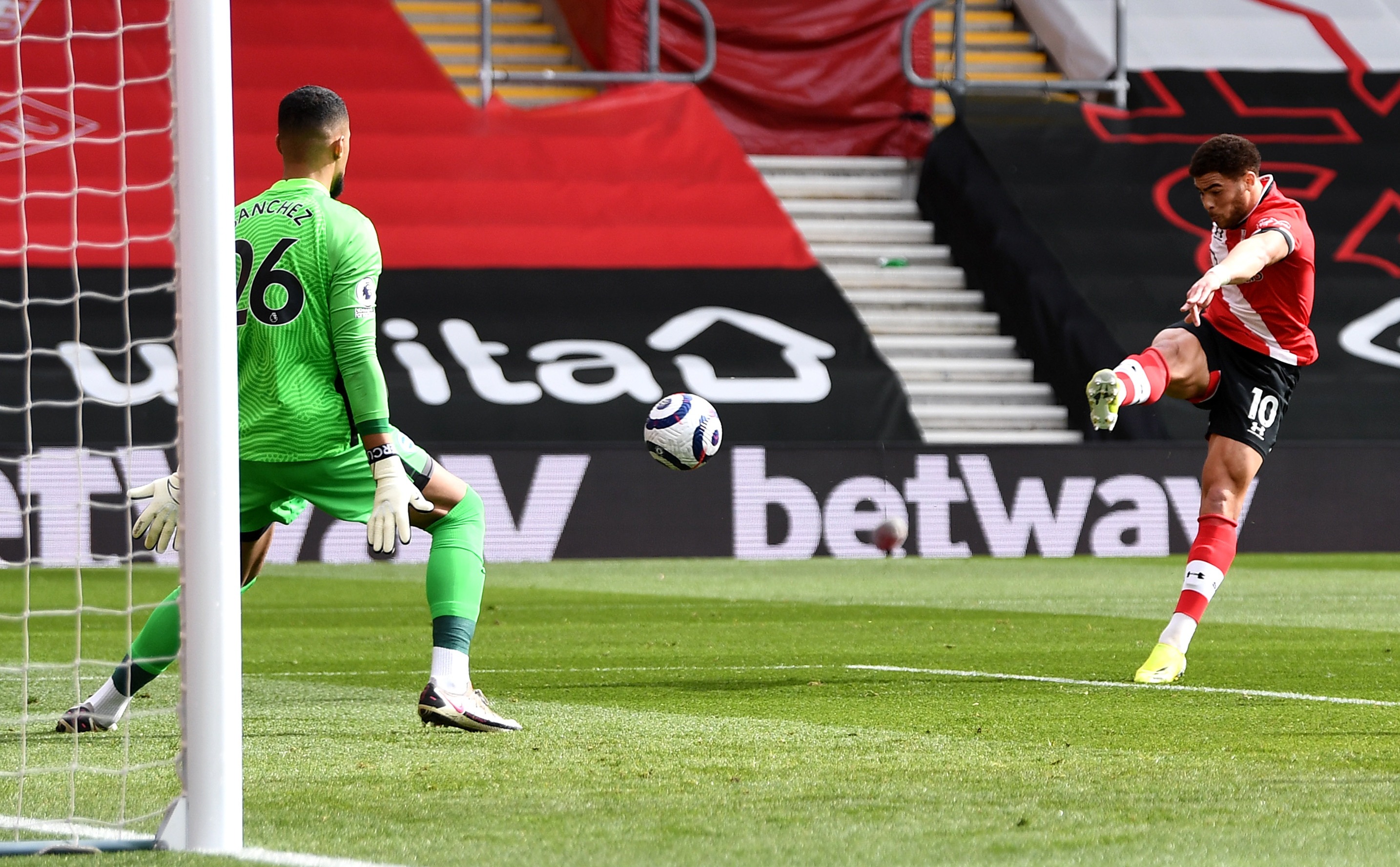 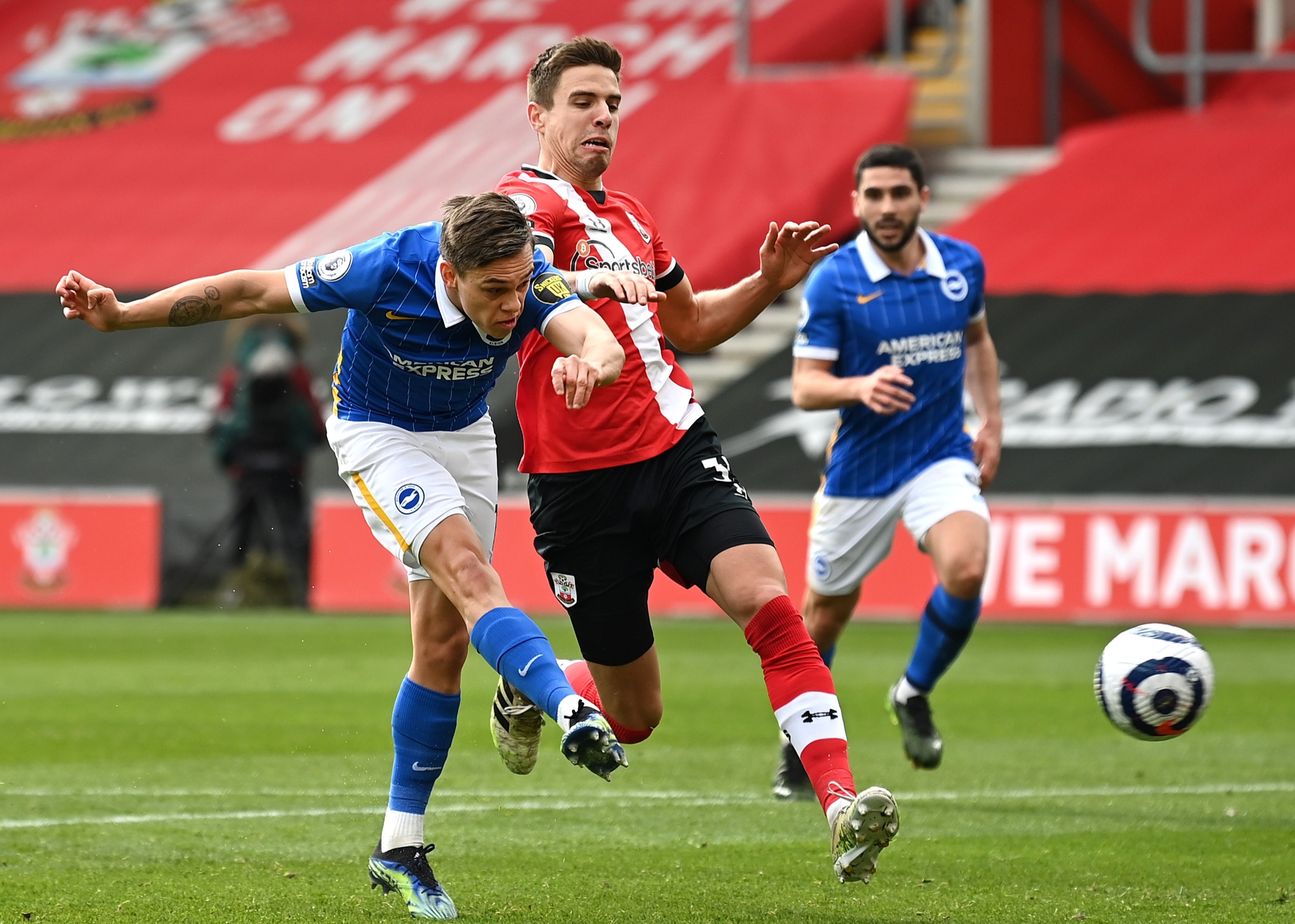 That figure was only bettered (or worsened, depending on your perspective) by Hasenhuttl’s Saints’ 18.

Albion’s players certainly did not let the prospect of becoming the division’s most complacent side get into their heads as they set about reclaiming their lead.

They should have had three minutes before the break through Gross.

The German was sent through on the right side of the box by Dan Burn and should have found the bottom corner, but his shot hit Forster who did just enough to deflect it wide.

It was another strong stop from the ex-England stopper, justifying Hasenhuttl’s faith in bringing in from the cold.

Trossard fired a warning shot on half-time with a stringing volley that Forster held well.

But there was nothing Saints’ stopper could do to prevent Trossard’s goal in the 56th minute which encapsulated Brighton at their best.

Joel Veltman found Lallana in the middle of the pitch who fired a ball into Welbeck.

The ex-Arsenal and Manchester United man then produced a sublime, first-time pass to set away Trossard, who composed himself with a few touches before blasting past Forster.

In the end, that was all that was needed as Southampton offered little in response.

So often this season Brighton have been undone by their own wastefulness.

But there were much more clinical here – with their standards raised throughout by Welbeck and Lallana. 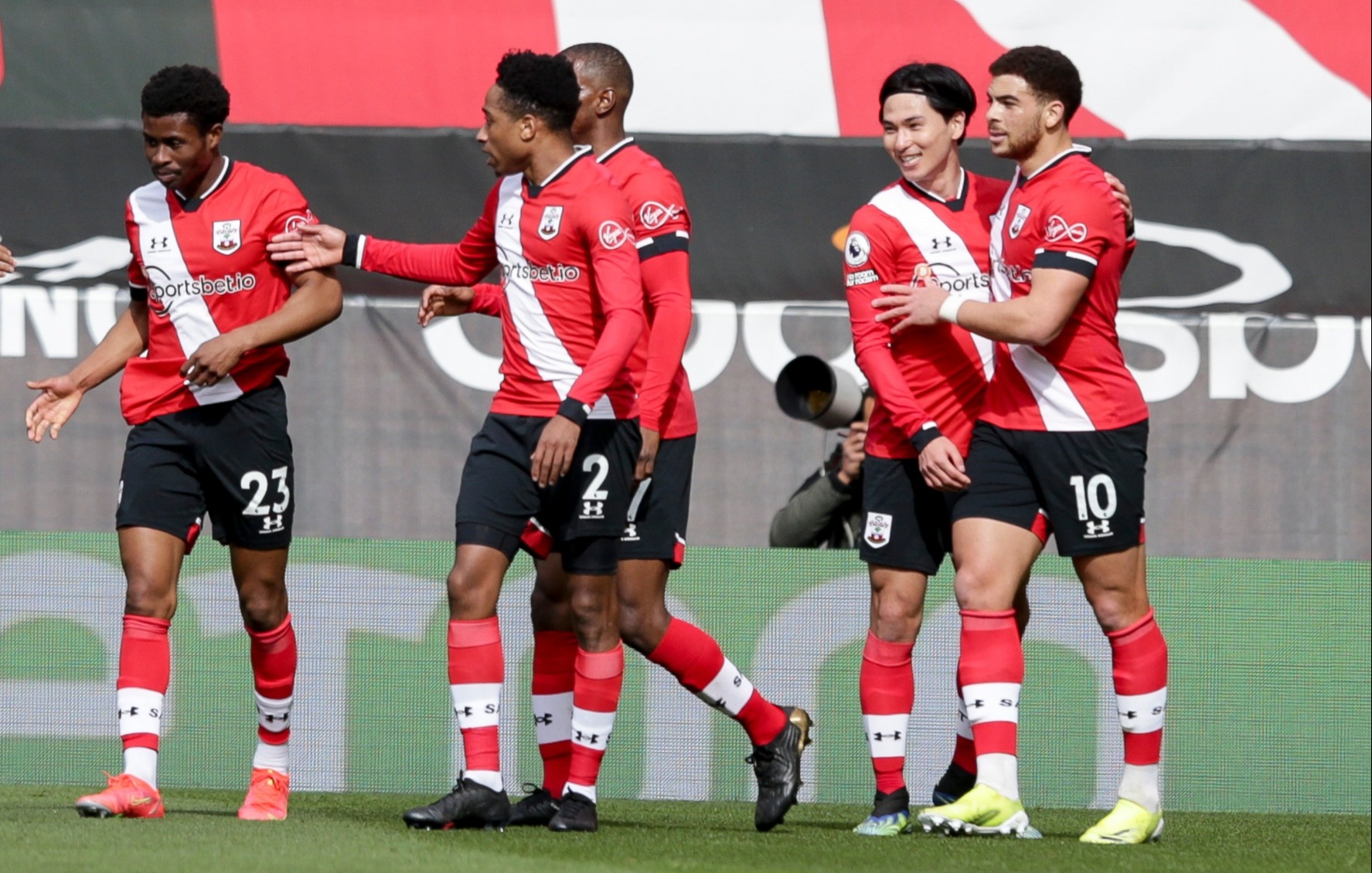 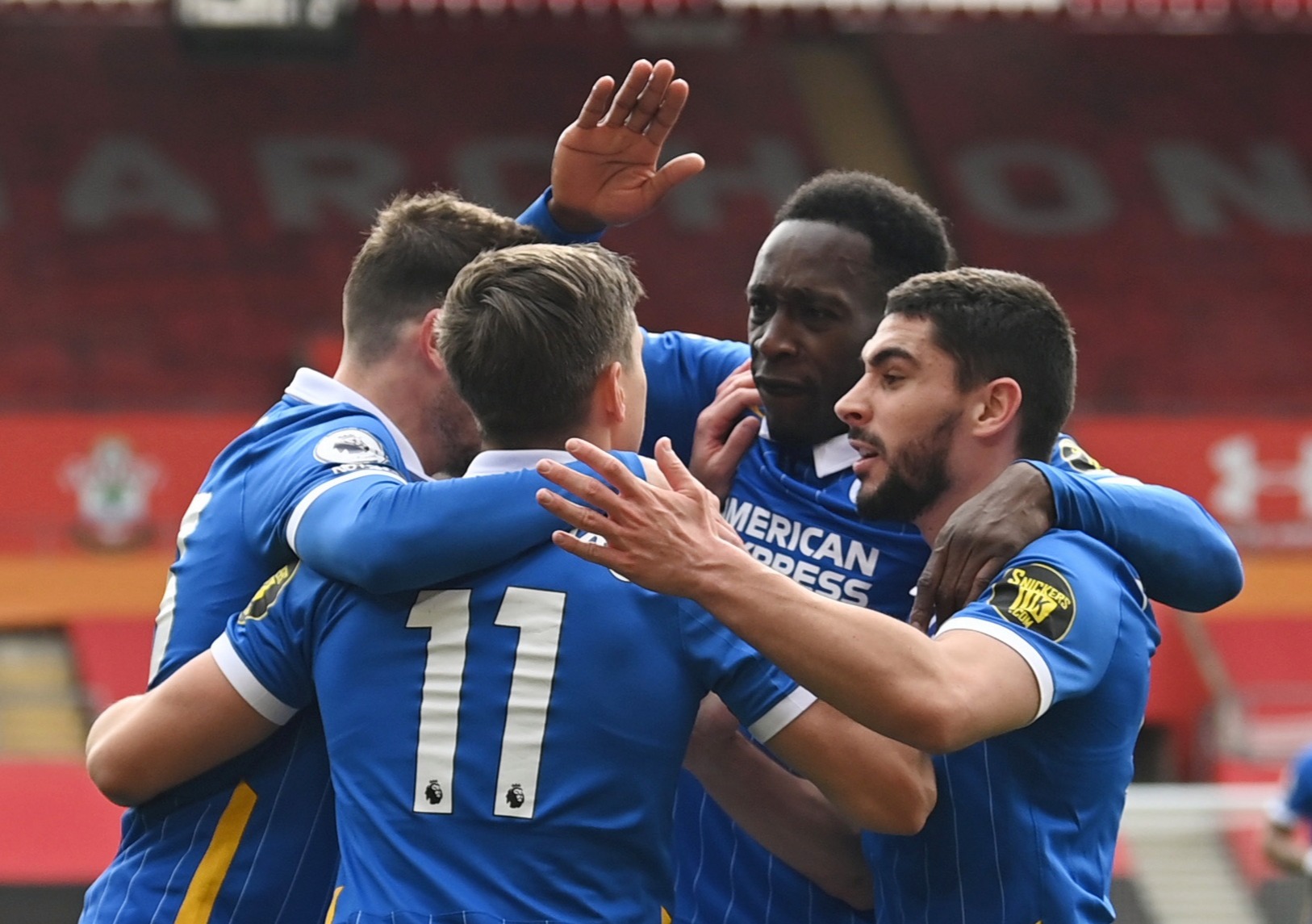 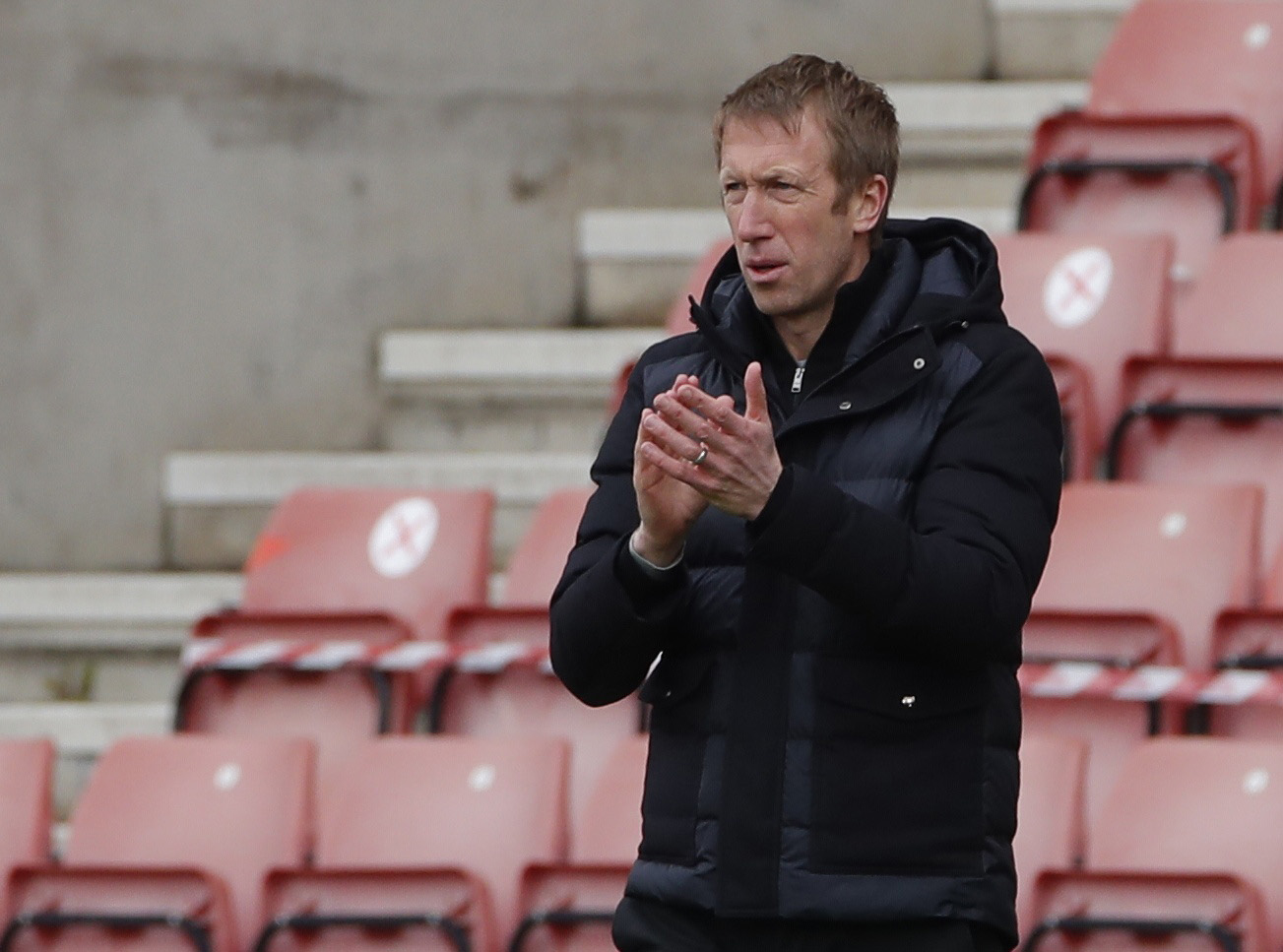