Spurs, trailing to Donny van de Beek’s 15th-minute strike, face a Uefa probe for appearing to allow the Belgian to play on with concussion. 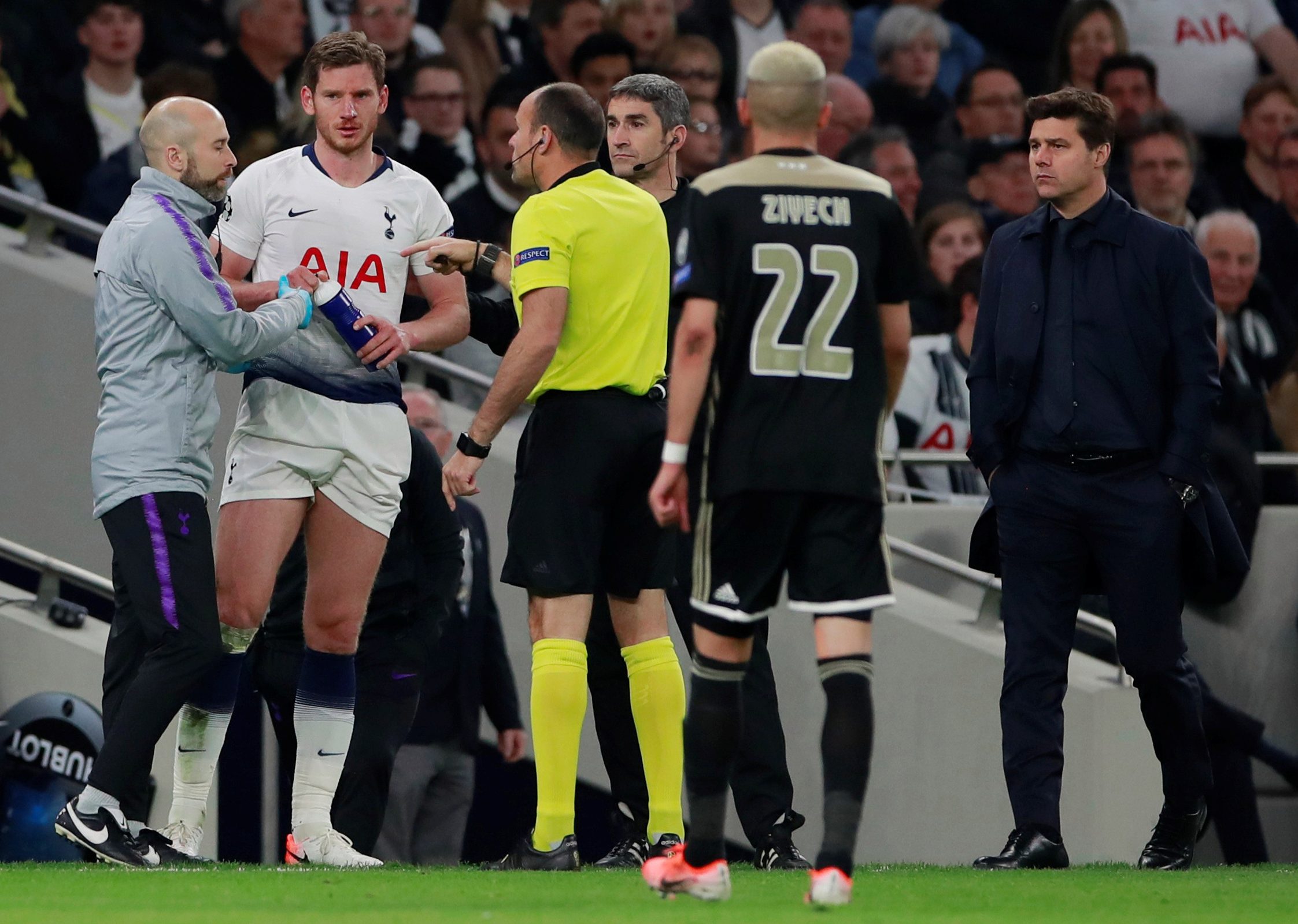 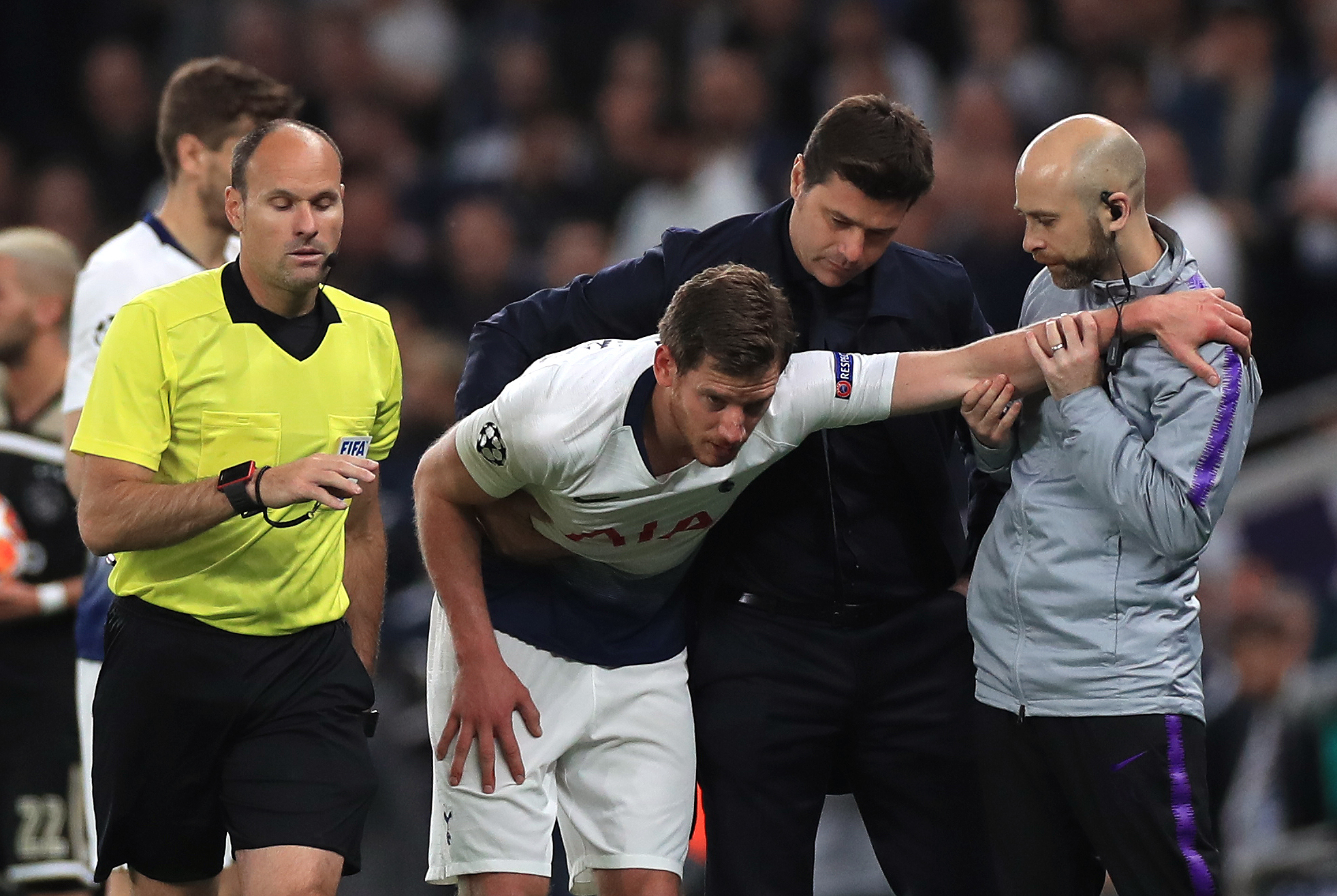 The defender, 32, collapsed seconds after being given the all-clear from medics.

And former Arsenal boss Arsene Wenger said: “Only the doctor can explain how he came back on the pitch.

“There is a very clear protocol the doctor has to respect.”

Vertonghen appeared to be concussed following a horrific clash of heads with team-mate Toby Alderweireld.

The Belgian nutted the back of his pal’s head as they jumped for a 32nd-minute free-kick with Ajax keeper Andre Onana.

He was then given a clean shirt and shorts and sent back on — despite Spanish referee Antonio Mateu Lahoz clearly asking if they had checked the player for concussion.

Twitter users praised the referee for stepping in and seeing Vertonghen wasn't able to continue.

One said: "Referee Antonio Mateu handled Jan Vertonghen's injury very well and it is to his credit. Here's hoping Vertonghen is alright…properly collapsed as he left the pitch. Horrible to see.

Another added: "Never seen a referee go and check that a player is ok to come back on like that before. Worrying how serious it looked for Vertonghen at the end."

A third wrote: "To be fair, the referee was double and triple checking with the doctors and Vertonghen himself."

But moments later the groggy star walked unsteadily to the touchline then started wretching.

Spurs staff — including boss Mauricio Pochettino — rushed over to support the player as he appeared to go faint. He had to be helped down the tunnel.

Wenger said: “He didn’t look in the right shape when he came back on.”

Vertonghen was still being assessed after the final whistle.

If, as looked likely, he was suffering from concussion then Tottenham could be in big trouble for not following guidelines.

The rules insist any player with a head injury should be withdrawn from action immediately.

This is not the first time Spurs have been involved in an incident like this.

It was their medical team’s decision to allow keeper Hugo Lloris to continue playing after he suffered a head injury in a 0-0 draw at Everton in 2013 which resulted in the tougher guidelines being introduced.

Vertonghen is now a major doubt for next Wednesday’s second leg in Amsterdam — a game Tottenham must win.