A Tottenham fan put rivalry aside and returned a lost wallet to a Liverpool supporter containing £700 and a letter from his late wife ahead of the Champions League final.

And the moved Reds fan has pledged to donate £500 to charity having recovered the priceless memorabilia. 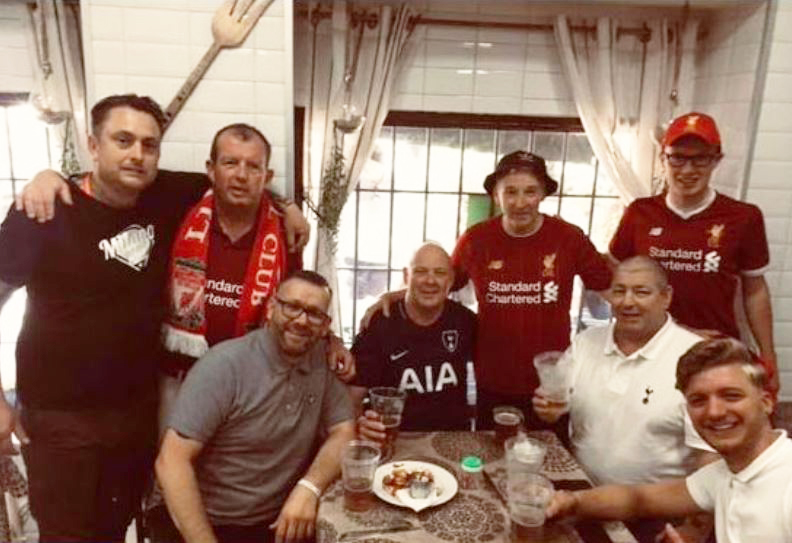 But the heart-warming story of Spurs fan Alan Bissell, 42, from that historic night caused an equally emotive stir on social media.

Bissell, a cab driver from London, took to Facebook to tell his Tottenham pals how he had found a lost wallet of a Liverpool fan in Madrid.

It contained some £700, credit cards, a driving license and, most importantly, a letter his late wife had written just before she died in January.

Bissell says the Reds supporter broke down in tears after he rang him up and told him about his finding.

The two men then met up before kick-off, with the Spurs fan receiving "the biggest cuddle ever" for his noble gesture.

And in a moving end to this wonder story, the grateful Reds supporter then vowed to donate £500 to charity.

Bissell wrote: "He text me after the game and said he’s sorry for Liverpool beating us and said he wants to donate £500 to a charity of my choice.

"'Help for heroes' will be getting some money Monday."

Tears were also shed on the streets of Liverpool yesterday as the newly-crowned champions of Europe showed off their trophy to the crowd during a victory parade.

More than 750,000 people turned up to cheer on their heroes in a four-hour tour that ended at the Strand.