JONNY BAIRSTOW went from hero to zero as he batted brilliantly — before dropping the easiest of easy chances.

It is becoming a theme for the Yorkshire wicketkeeper. His work with the willow is wonderful, his catching with the gloves open to question. 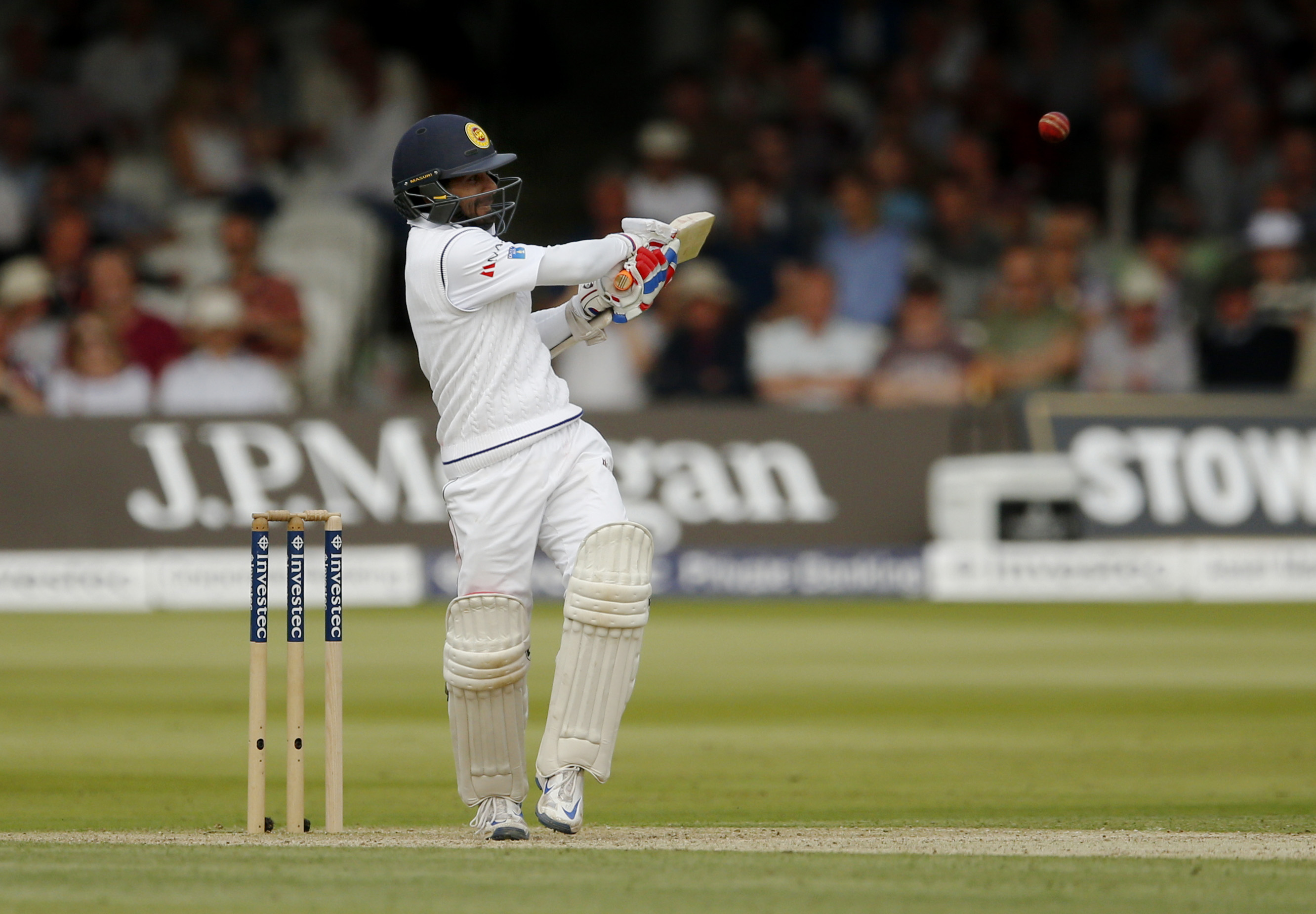 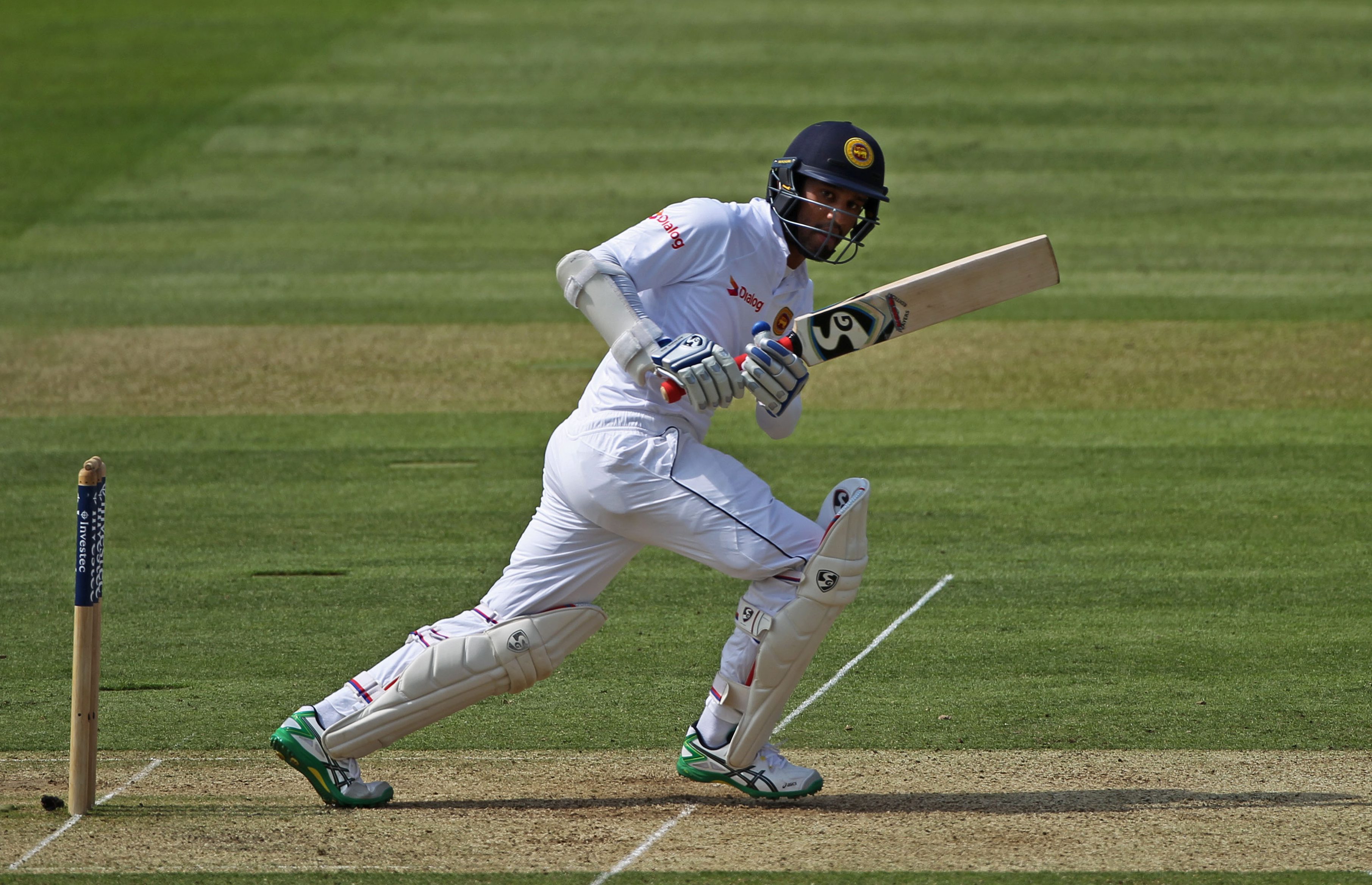 One thing was certain — Bairstow was at the centre of all the action on day two of the Third Test against Sri Lanka at Lord’s.

He took his first-innings score to 167 not out, the highest of his three Test centuries this year, and then spilled a catch and snaffled another.

It was his reprieve for Sri Lankan left-handed opener Dimuth Karunaratne on 28 that set the pundits muttering.

From Chris Woakes’ first delivery of the match, Bairstow failed to gather a routine outside edge.

Woakes could not believe it and neither could the England fielders.

It is true Lord’s can be a tough ground for wicketkeepers.

The ball has a knack of wobbling after it goes past the batsman — it certainly did here — and there is also the legendary slope to contend with too.

But Bairstow will know he should have held on. 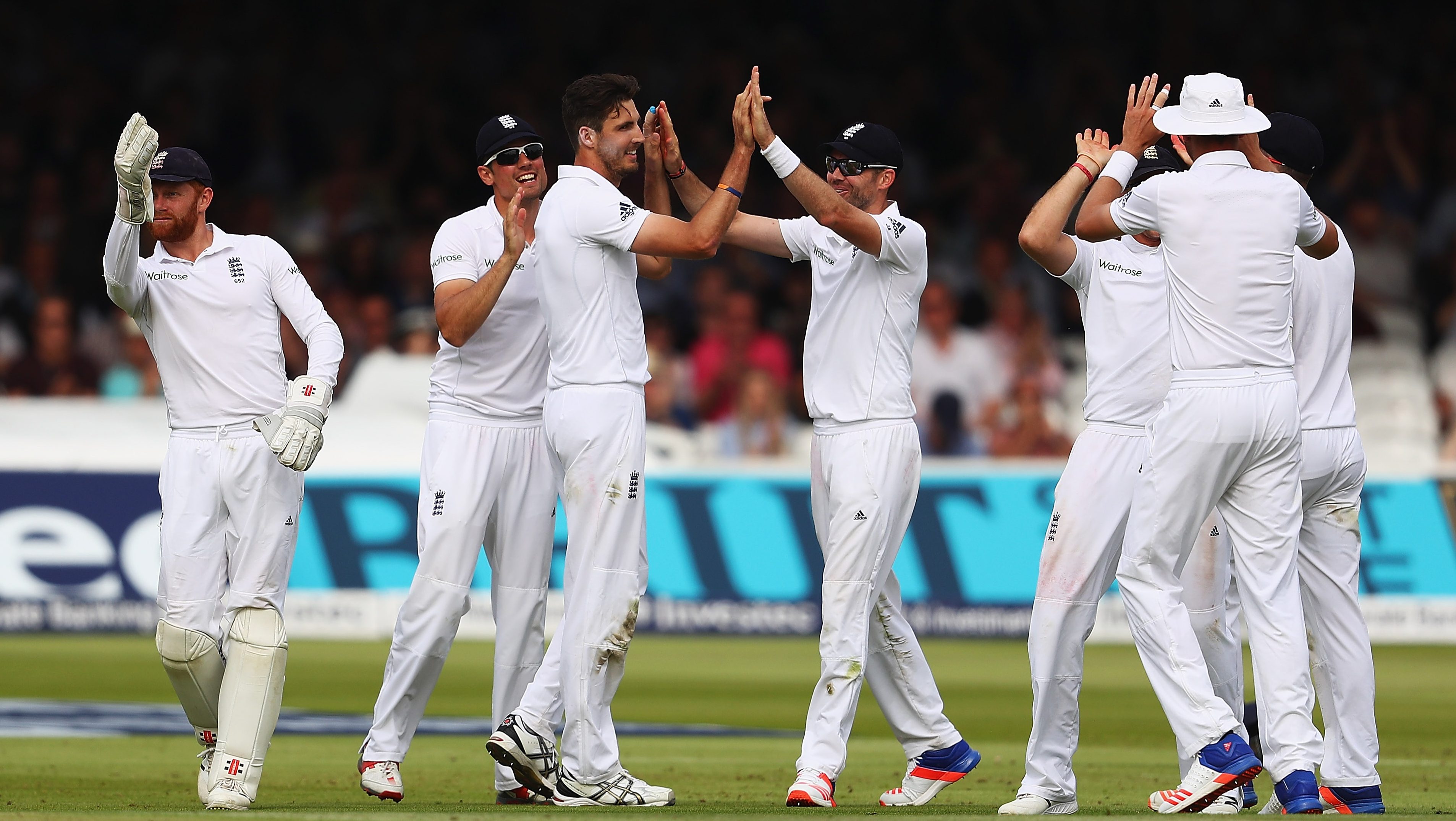 It was a 99 times out of 100 chance and confirmed the impression that Woakes has enjoyed little luck in the early stages of his Test career.

Some experts believe Jos Buttler should return behind the stumps in Test cricket, allowing Bairstow to be promoted to No 5 and concentrate on his batting.

The player himself bristles at any suggestion he should surrender the gloves and, personally, I’d keep him in the job.

Despite missing a string of chances during the winter and more this summer, he can rightly claim that, with 17 dismissals so far against Sri Lanka, he is only five behind the all-time record for a three-Test series.

Matt Prior struggled with the gloves early in his international career but managed to improve significantly.

And there is no reason why Bairstow cannot do the same — he is certainly working hard on his keeping, including sessions with Newcastle’s goalkeepers.

A Bairstow catch did account for England’s only wicket so far, a snick down the legside by Karunaratne off Steven Finn.

But Kaushal Silva and Kusal Mendis remain unbeaten and Sri Lanka have fought back well, reaching 162-1 in reply to England’s 416 all out.

Following their decent effort in the second innings of the Second Test, the visitors are again displaying more resolve with the bat. 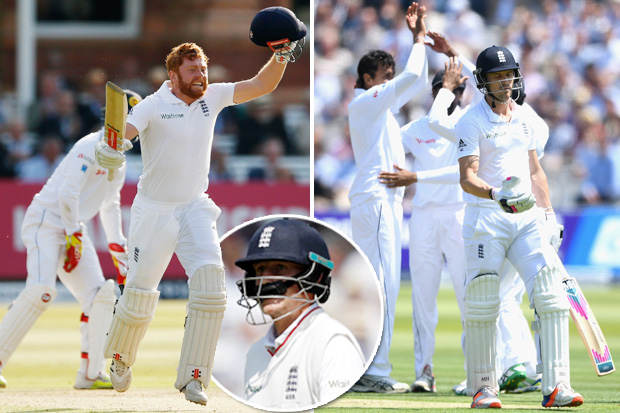 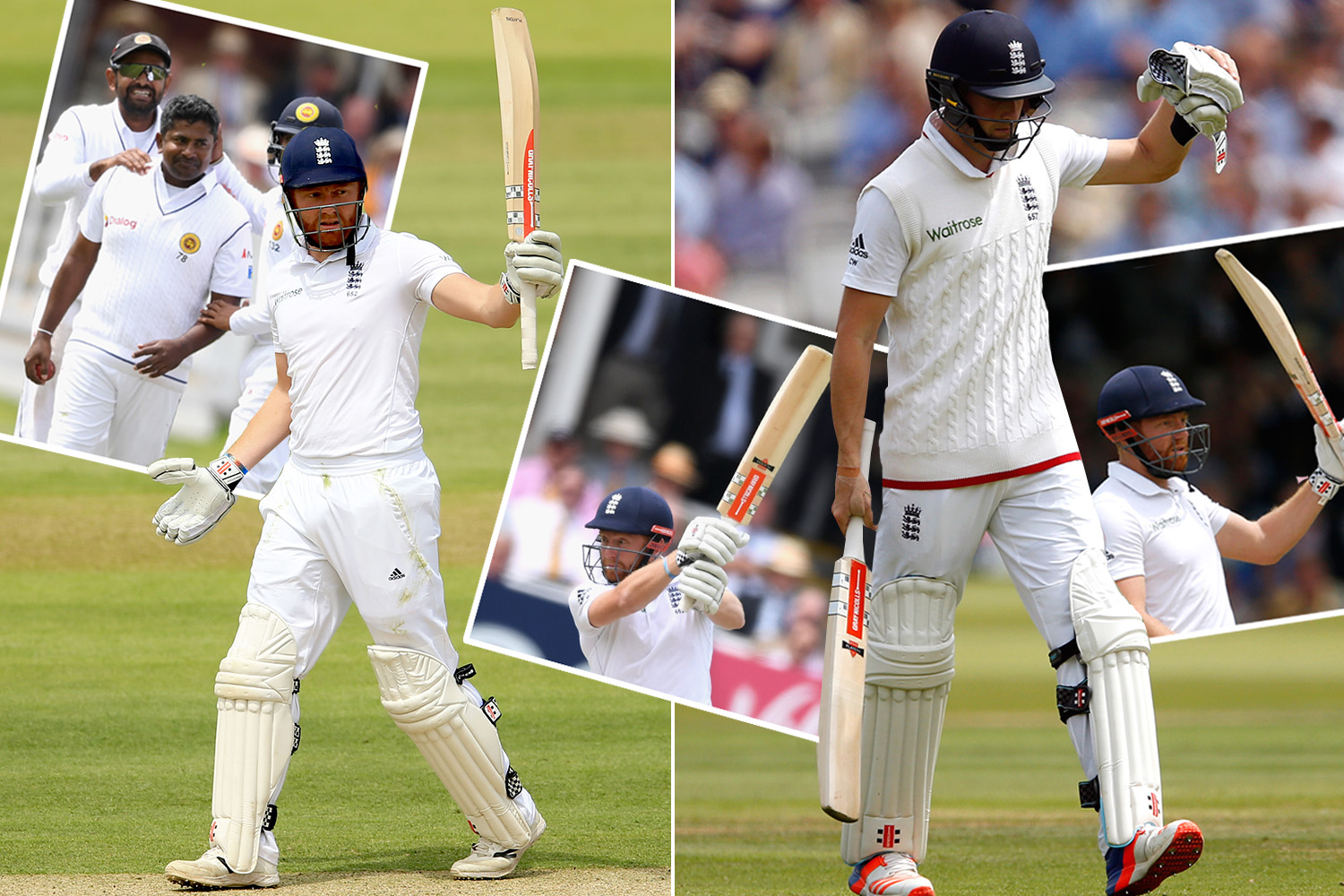 LIVE: Updates from the Third Test at Lord's as Sri Lanka start innings strongly in reply to hosts' 416 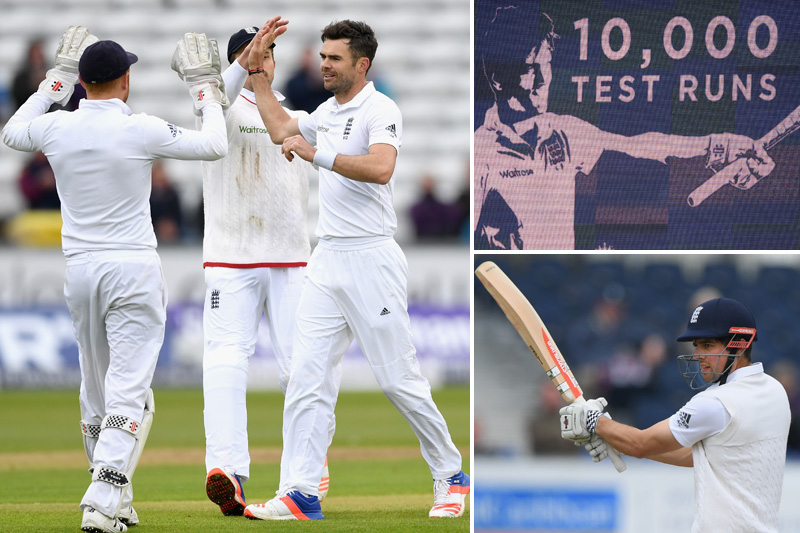 Woakes said: “You’re always frustrated when catches are dropped off your bowling, but it looked like the ball wobbled on the way to Jonny.

“He does so many sessions with our wicketkeeping coach Bruce French and is always first in and last out at training.”

Bairstow’s batting, of course, is in superb nick. He now has scores of 150 not out, 140 and 167 not out for England this year and has looked a class apart in this match.

Bairstow and Woakes took their seventh-wicket partnership to 144 before the Warwickshire all-rounder chipped a tame catch back to spinner Rangana Herath, who juggled it before finally making the catch.

He had scored 66 and looked comfortable at the crease — he might never have a better chance of recording a Test century.

Bairstow did his best to coax as many runs as possible from England’s tail, but Stuart Broad, Finn and James Anderson did not last long.

The Australian was caught short so ordered the day’s first interval to be at 11.50am rather than its usual noon slot.