Pretoria: Firebrand fast bowler Dale Steyn has become South Africa's leading wicket-taker in Test cricket and Duanne Olivier has taken career-best figures as Pakistan were bowled out for 181 on the opening day of the first Test at Centurion Park.

But the visitors mounted a spirited fightback with the ball, reducing South Africa to 5-127 at the close on Wednesday. 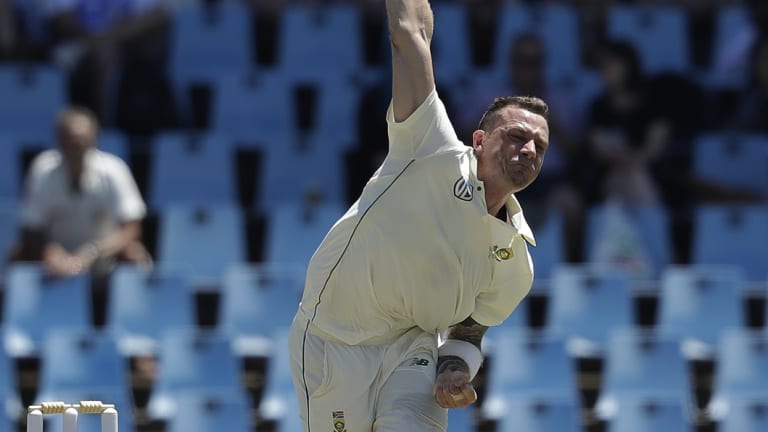 He was hoisted on the shoulders of fast bowling partner Kagiso Rabada as the healthy Boxing Day crowd at Centurion Park gave him a standing ovation.

The visitors were in early trouble when Rabada (3-59) had Imam-ul-Haq trapped lbw for a duck.

After Steyn (1-66) had removed Zaman with the score on 17, Pakistan moved past 50 before Shan Masood (19) played the ball on to his own stumps off the impressive Olivier. 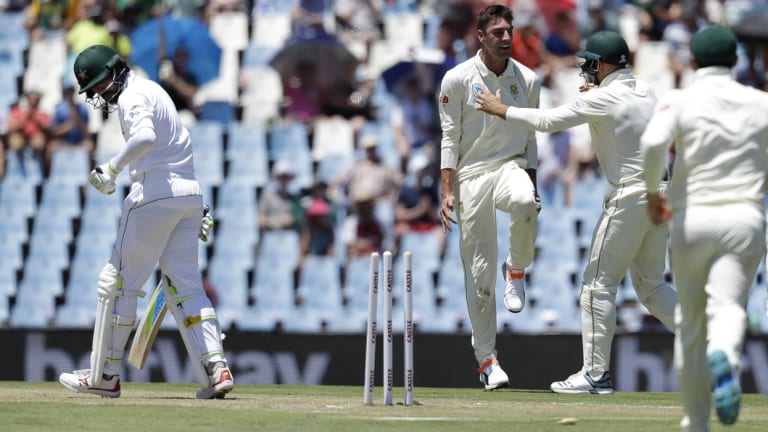 The fast bowler ripped through the middle order after the break, removing Azhar Ali (36), Sarfraz (0) and Mohammad Amir (1) in quick succession.

Pakistan were reduced to 8-111 but mounted an excellent fightback through Babar Azam (71 from 79 balls) as he put on 67 for the ninth wicket with Hasan Ali (21 not out) before being caught at second slip by Faf du Plessis off Rabada.

Pakistan continued their turnaround with the ball as they reduced the home side to 4-43 when Shaheen Afridi (2-36) took the wickets of Dean Elgar (22) and home captain Du Plessis (0) off successive deliveries, both off the edge of the bat.

Aiden Markram (12) and struggling Hashim Amla (8) also fell to high-quality fast bowling from Hasan and Amir, who picked up the wicket of Theunis de Bruyn (29) late in the day.