Winx might have her farewell to racing during the 2019 autumn but the Australian Turf Club will ensure she has an enduring presence at her home of Rosehill.

The club have commissioned statue of the great mare, who has won her last  29 races going into her final preparation, and the aim is to have it ready by 2020.

“We are thrilled and grateful to Winx, her owners and trainer Chris Waller for giving Sydney an opportunity to see her live on course for another campaign,” ATC chief executive Jamie Barkley said. 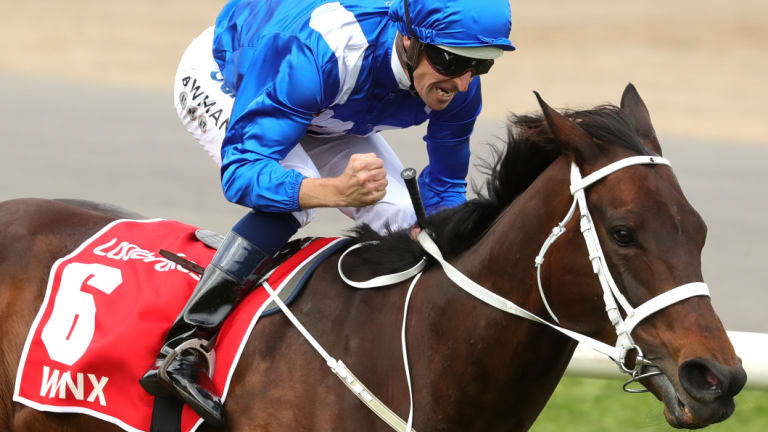 “Winx is a once in a lifetime horse and the Australian Turf Club will be throwing everything at promoting racing for all of Sydney to enjoy and celebrate her runs.

“We are especially excited to begin plans for a statue of Winx at her home track at Rosehill Gardens.”

It is a fitting tribute to Australia’s best horse of the 21st century.

“It will be special and it will be nice to know it is there,” Waller said.

Winx is likely to attempt to win the George Ryder Stakes for fourth time in succession in 2019.

Greg Ryan was able to get Saturday’s Highway Handicap win at Warwick Farm on Moobi but  it will cost him a week on the sidelines and a $500 fine.

Ryan   breached the whip rules by four strikes before the 100m mark and struck Moobi  21 times in total as he scored by short head from Hemmerle.

“He is not a horse that you can get going hands and heels. In the past I have had to hit him before the turn,” Ryan told stewards before pleading guilty. Outside the stewards room he added: “He is a pretty good horse – that’s why I’m here.”

The whip offence was Ryan's seventh for the year.

“We have to take into account the narrow margin of victory and your record in our penalty,” chief steward Marc Van Gestel said.

Ryan will start his penalty after serving a careless riding ban from Scone and be out from New year’s day until January 8, when he can ride again.

Trainer Cody Morgan  will now look to the Country Championships with Moobi and will look  to   the Tamworth heat of the series in February after break.

“He has had the two wins at a mile, so he will have some fitness there, so he can have 10 days in the paddock and then we'll give him a trial about 10 days out from the heat,” Morgan said.

“He is the best horse I have had for a while.”

There is a good race in Heart Conquered eventually but for now Team Hawkes are happy to take the grades as they come.

The Akeed Mofeed three-year-old bounced straight to the front and victory for the punters who took the even-money was never in doubt as he beat Revenire by 3½ lengths.

“I said to Tommy [Berry] before the race – he hadn’t sat on him before – ‘you have to go a half-length faster than slower’ to get him into a nice pattern and rhythm,” co-trainer Michael Hawkes said. “When he jumped and wasn’t pressured for the lead it was all over.

“He got into his stride, really let down and won very well. He’s got a great attitude and a real will to win.

"There will be a good race for him but now he just has to keep doing what he is doing."

Bacchus happy on the Farm

Chris Waller has stables in Melbourne and the Gold Coast but Sir Bacchus didn’t have to go that far for a change of scenery to find that winning feeling.

He moved from Rosehill to Warwick Farm since his last run and made a return to the winner’s enclosure at his new home.

“He has been a frustrating horse in some ways, but sending him here is like going interstate but you get to race for better prizemoney,” Waller said. “It has given him a new lease of life and you saw that.”

It gave Waller another city double after Naval Warfare won earlier in the afternoon.

Racing NSW stewards were measuring jockey’s whips to make sure they were within the rules at Warwick Farm on Saturday.

“We have been doing it for a while,” chief steward Marc Van Gestel said. “It is part of horse welfare and we have found a couple in recent times that were just a bit tired from wear and tear.”