Houston: Three-time NBA champion Stephen Curry will take space agency NASA up on its offer to tour its lunar lab after he sparked controversy by saying he didn't believe humans had been to the moon, comments he later called a joke.

NASA says it invited the Golden State guard to tour the Johnson Space Center in Houston and he was willing to make the trip. 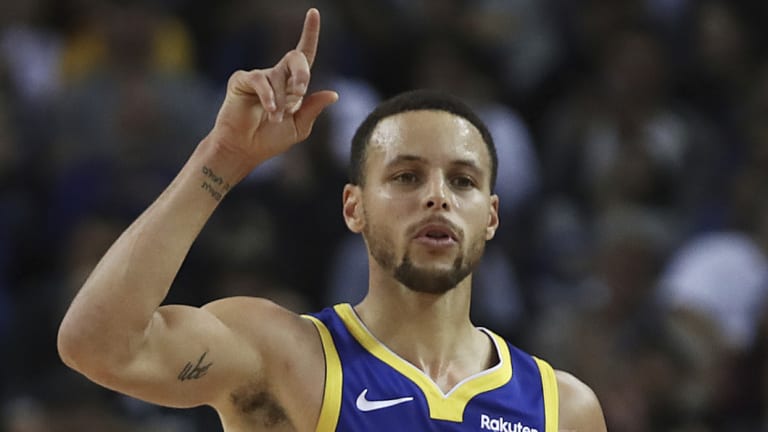 No moon landing? Stephen Curry raised eyebrows with his comments.Credit:AP

"Mr Curry (is) taking us up on our offer," spokesman Allard Beutel told science publication Inverse on Thursday.

"We still need to work out all the visit details."

The controversy started on Monday when Curry said on a podcast he didn’t believe humans had been to the moon.

And hopefully people understand that education is power, informing yourself is power.

Curry backtracked on Wednesday, telling ESPN his comments were just a joke.

"Obviously I was joking when I was talking on the podcast. I was silently protesting how stupid it was that people actually took that quote and made it law," he said.

"I am definitely going to take up on their offer. I am going to educate myself firsthand on everything that NASA has done and shine a light on their tremendous work over the years.

"And hopefully people understand that education is power, informing yourself is power."