Stephen Hendry says he will have “no expectations” when he launches his snooker comeback against Matthew Selt at the Gibraltar Open in Milton Keynes next week.

The record seven-time world champion has been drawn to face his good friend and the current world No 25 in what will be his first professional match in nine years.

Hendry, 52, accepted a two-year tour card from World Snooker Tour chairman Barry Hearn in September last year but has pulled out of a succession of projected comeback dates.

Why is he making a comeback?

Hendry’s motivations are unclear. It is unlikely to be for financial reasons – he banked almost £9 million in prize money in his career and needs to reach the last 64 of the Gibraltar Open merely to pocket £2,000. Having stayed in the sport as a TV pundit and commentator, he may simply wish to test his game against the latest generation.

Hendry told ITV4: “We’re very good friends and I’m looking forward to it. I’m curious to see what will happen and I’m prepared for any result.

“On the practice table I’m probably hitting the ball better than I did when I retired but that means nothing when you go out there.

“You’ve got to get that composure on the match table and that’s what might take a wee while.

“I’ve got no expectations of what will happen but we will see.”

Selt, 35, won his solitary ranking title at the 2019 Indian Open and has twice qualified for the final stages of the World Championships at the Crucible. 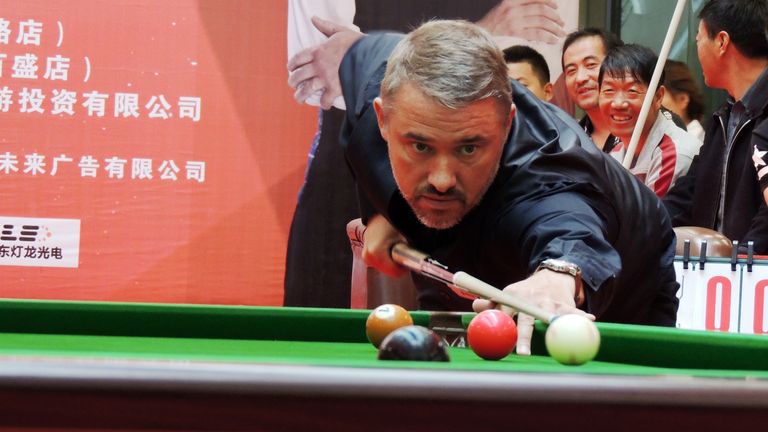 The pair have played twice previously, with Selt winning their most recent meeting 5-1 in the last 16 of the 2011 Australian Open, and Hendry winning 5-2 at the 2009 Grand Prix.

Despite frequently playing golf together and speaking “almost every day”, Selt admits he is still nonplussed as to why the 52-year-old has taken the decision to embark on his unlikely comeback bid.

Selt said: “For someone who dominated the game like he did for 10 years, to make a comeback in the knowledge that he will probably not be able to play to that standard again begs the question of why he is putting himself through it.

“It a question I’ve asked and I haven’t had a satisfactory answer. I can’t quite get my head around it but it deserves unbelievable respect because ultimately he is putting his legacy back in the firing line to be shot down.

“What Stephen is trying to do is a massive step for him. I genuinely hope he enjoys his comeback – if he’s going to get upset at losing he shouldn’t be doing it, but if he’s going to enjoy playing and practising, then everyone in snooker is going to benefit from it.”

Will we see Hendry back at the Crucible?

He will enter the qualifying competition in April, but at this stage it is almost inconceivable that Hendry would be able to negotiate four notoriously tough qualifying rounds in order to become one of the 32 players taking part in the final stages of the event.

In addition to his seven world titles, Hendry won six Masters and five UK Championships and spent nine seasons as world No 1.

He retired after losing 13-2 to Stephen Maguire in the 2012 World Championship quarter-finals, describing it as “quite an easy decision”.

Hendry’s motivation for embarking on a comeback is unclear, with world No 1 Judd Trump describing his move as a “strange one” and Ronnie O’Sullivan warning he will be plunged into a “rat race”.

For those on the move, we will have the Snooker & Pool season covered via our website skysports.com/more-sports, our app for mobile devices, or our Twitter account @skysportspool for latest news and reports.