Give black coaches a chance! Raheem Sterling asks why Frank Lampard and Steven Gerrard have landed top managerial jobs – while their former England team-mates Sol Campbell and Ashley Cole are forced to start at the bottom

And the England and Manchester City forward has called for black people in football to be given equal opportunities.

Sterling has echoed the sentiments of the Black Lives Matter protesters by joining the calls for change in society and, in his case, the football industry. 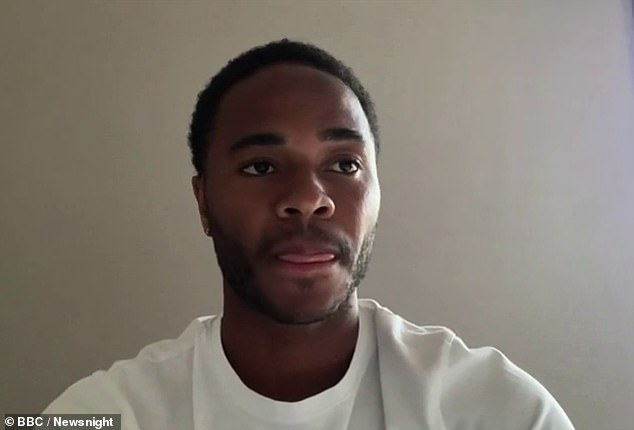 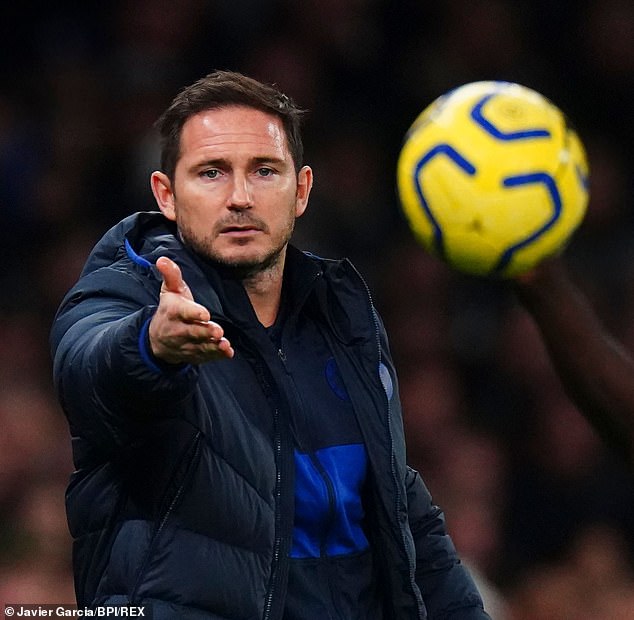 The shocking death of US citizen George Floyd last month sparked demonstrations across the world.

Sterling believes the protests are a ‘great starting point’ but declared it is now time for actions and not just words in the fight against racism, injustice and the treatment of black people in every walk of life.

Gerrard is in charge of Rangers while Lampard is on his second job — as manager of Chelsea after a spell in charge of Derby.

Campbell, meanwhile, is in his second lower-league role as Southend manager after starting out at struggling Macclesfield. Cole is a youth coach at Chelsea.

Speaking to BBC Newsnight, Sterling said: ‘It’s about coming together and finding a solution to be able to spark change because we can talk as much as we want about changing and putting people, black people, in these positions that I do feel they should be in.

‘For example, the coaching staff that you see around football clubs.

‘I’ll give a perfect example. There’s Steven Gerrard, Frank Lampard, you have Sol Campbell and you have Ashley Cole.

‘All had great careers, all played for England. At the same time, they’ve all respectfully done their coaching badges to coach at the highest level and the two that haven’t been given the right opportunities are the two black former players.’

The percentage of black players in English football is nowhere near reflected in coaching, management or senior positions off the field. 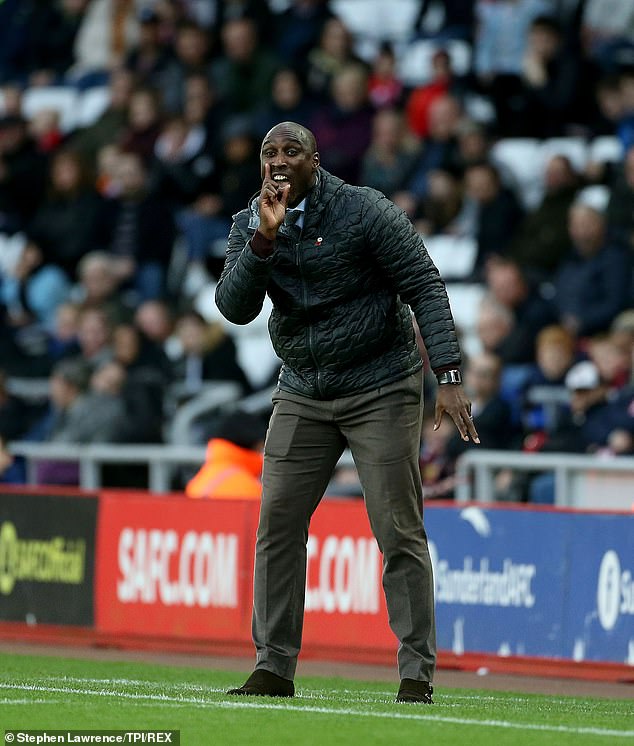 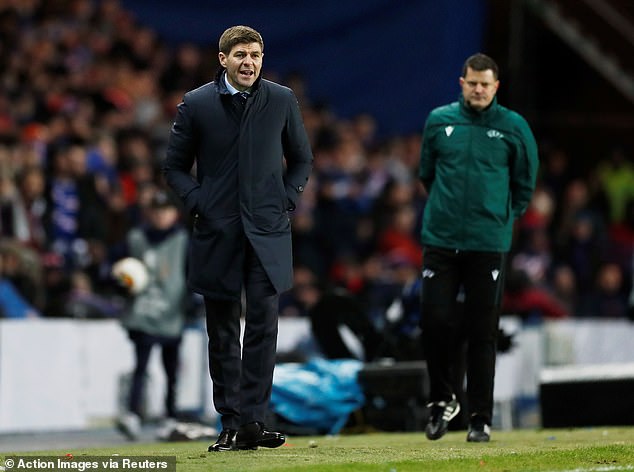 Gerrard is in charge of Scottish Premiership giants Rangers, his first senior job in management 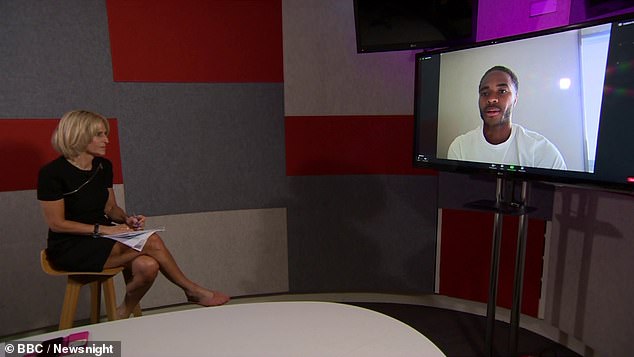 Although a third of the Premier League’s players are black, Wolves’s Nuno Espirito Santo is the only black manager.

There are also no top-flight board members or chief executives who are black or of an ethnic minority.

Asked when he believes the current demands for change will have made an impact, Sterling said: ‘When there’s more black people in leading positions.

‘When I can have someone from a black background for me to be able to go to in the FA with a problem I have within the club.

‘These will be the times that I know that change is happening and not just in my field, also in parliament.

‘What is it in parliament? Six hundred and something MPs in parliament and only 21 of them are black. So this just shows how far behind we are. Once we do see those numbers shifting, that’s when I’ll be happy and the people will be happy.

‘There’s not a lot of faces that we can relate to and have conversations with.

‘I just really want to say, black coaches most importantly. To give black coaches — not just coaches but people in their respective fields — the right opportunity.

‘I feel like that’s what’s lacking here. It’s not just taking the knee, it is about giving people the chance they deserve.’ 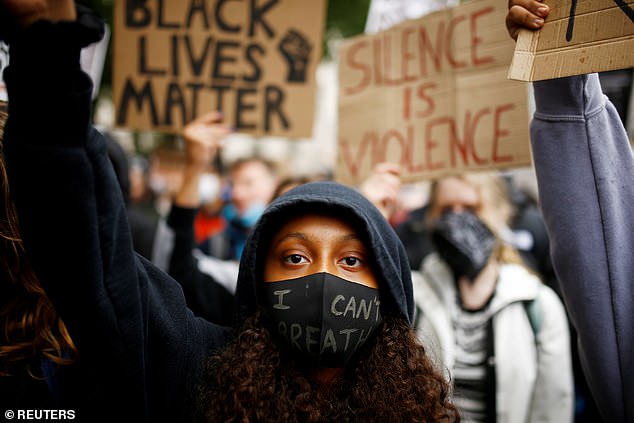 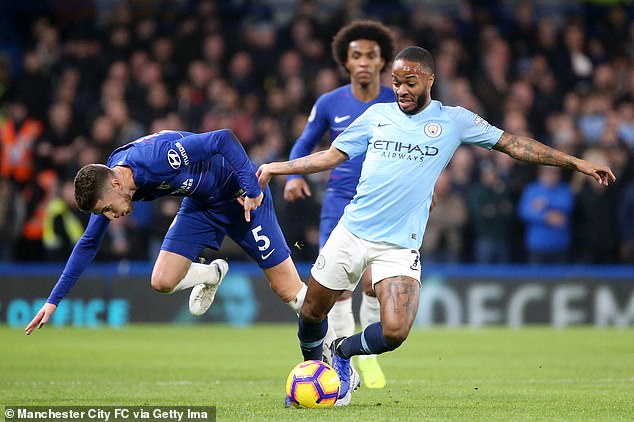 Sterling has emerged as a prominent voice on the issue of racism in football, especially after he was the target of sickening abuse when Manchester City played at Chelsea in December 2018.

The Manchester City forward urged other footballers to use their platform to speak up. He said: ‘It’s a great starting point to start protesting and to get your voice heard. People in positions like the one I’m lucky enough to be in, this is a time to speak on injustice.

‘I come from the football industry, someone like Anthony Joshua from the boxing industry. He can talk on the injustice he sees.

‘It’s how we move on from here. It’s about highlighting aspects and the society that needs changing and then acting upon it. We’ve done a lot of talking and it’s time now to act.

‘You need to have people fighting on the forefront, giving valid points and situations in everyday lives, everyday walks of life, speaking on these subjects and bringing it to the necessary people. Keep fighting for change.

‘Just protesting alone is not going to make a change in this country. We know we have to keep talking, keep fighting. And hopefully we do see change.’