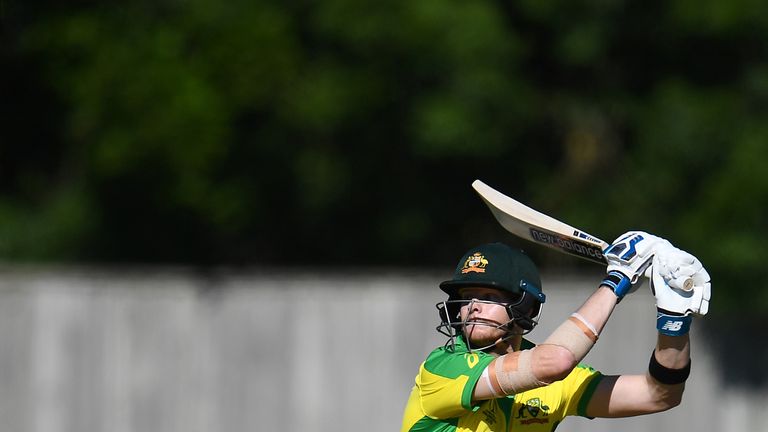 Steve Smith hit 76 in his and David Warner’s first game in England since serving a one-year ban for their roles in the Australia ball-tampering scandal.

Smith’s half-century helped Australia to a seven-wicket win over the West Indies in an unofficial World Cup warm-up match in Southampton.

Warner suffered contrasting fortunes to Smith, bounced out by Oshane Thomas for 12, while Usman Khawaja was struck on the jaw by an Andre Russell bouncer and had to retire hurt two overs into Australia’s run chase. 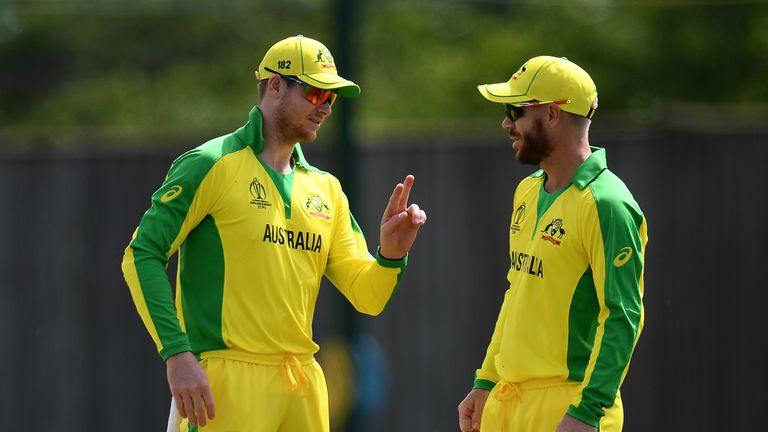 Khawaja was sent to hospital for precautionary scans, with team management hopeful of no serious damage with just over week to go till the start of the World Cup.

Despite the early setbacks, Smith’s measured 76 helped guide Australia safely to a modest target of 230, with captain Aaron Finch adding 42 and Shaun Marsh an unbeaten 55.

The highlight of Warner’s 24-ball stay at the crease was pulling his first delivery for four. But he was ultimately taken down by paceman Thomas, fending a sharp bumper behind to the wicketkeeper.

Smith also got off the mark in fine style with an uppercut for six. He too received a working over from Thomas but survived to control the run-chase before falling late on, nicking behind off Carlos Brathwaite.