The struggling Welsh side have now only picked up one point, back in August, out of a possible 24 on the road. 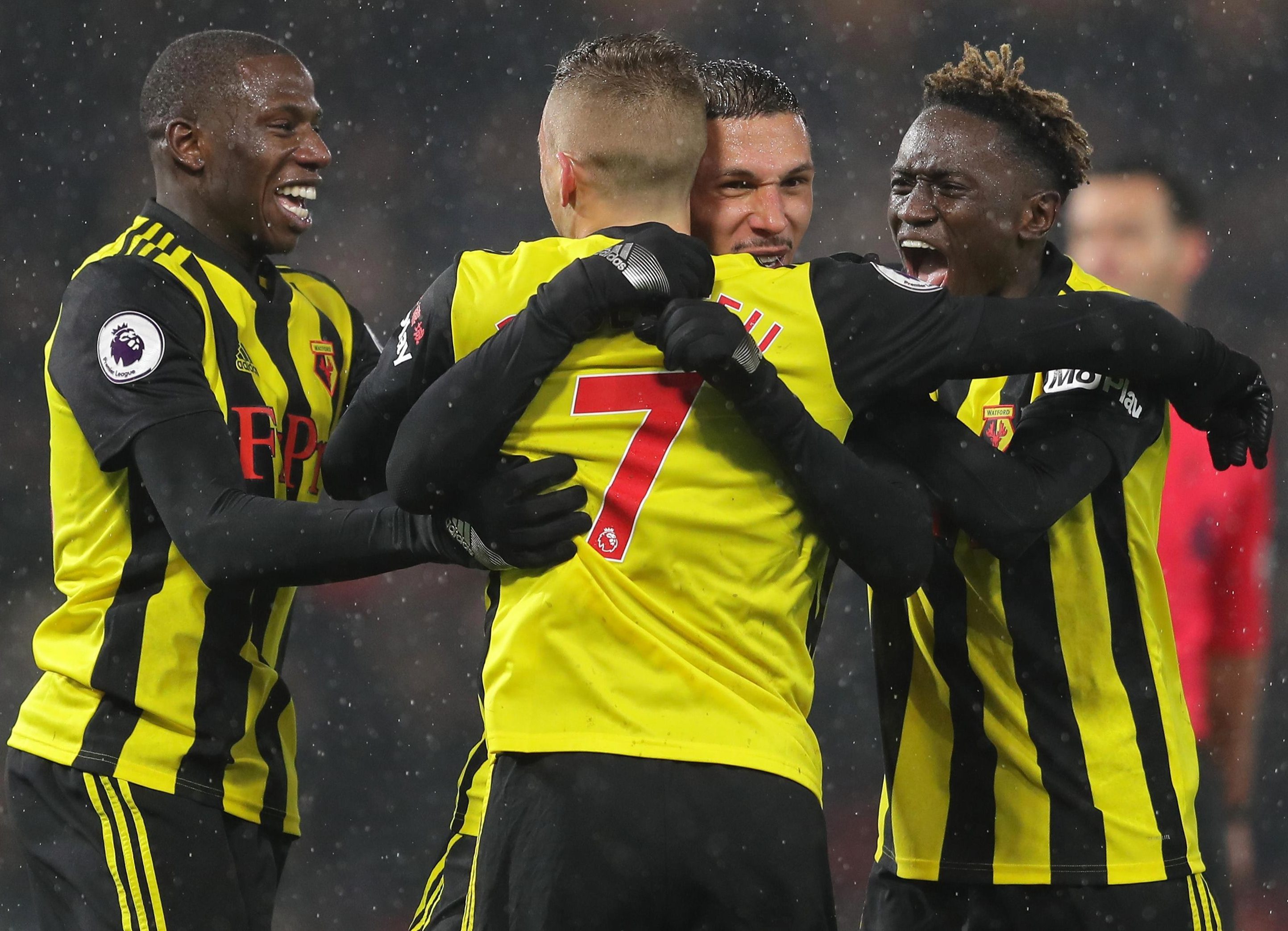 And their away-day misery continued after fine strikes from Gerard Deuloefu, Jose Holebas and Domingos Quina.

Late strikes against the run of plat from Junior Hoilett and sub Bobby Reid set up a tense finish but Watford held on.

The warning signs were already there for Cardiff before Deulofeu waltzed through to open the scoring after 15 minutes. 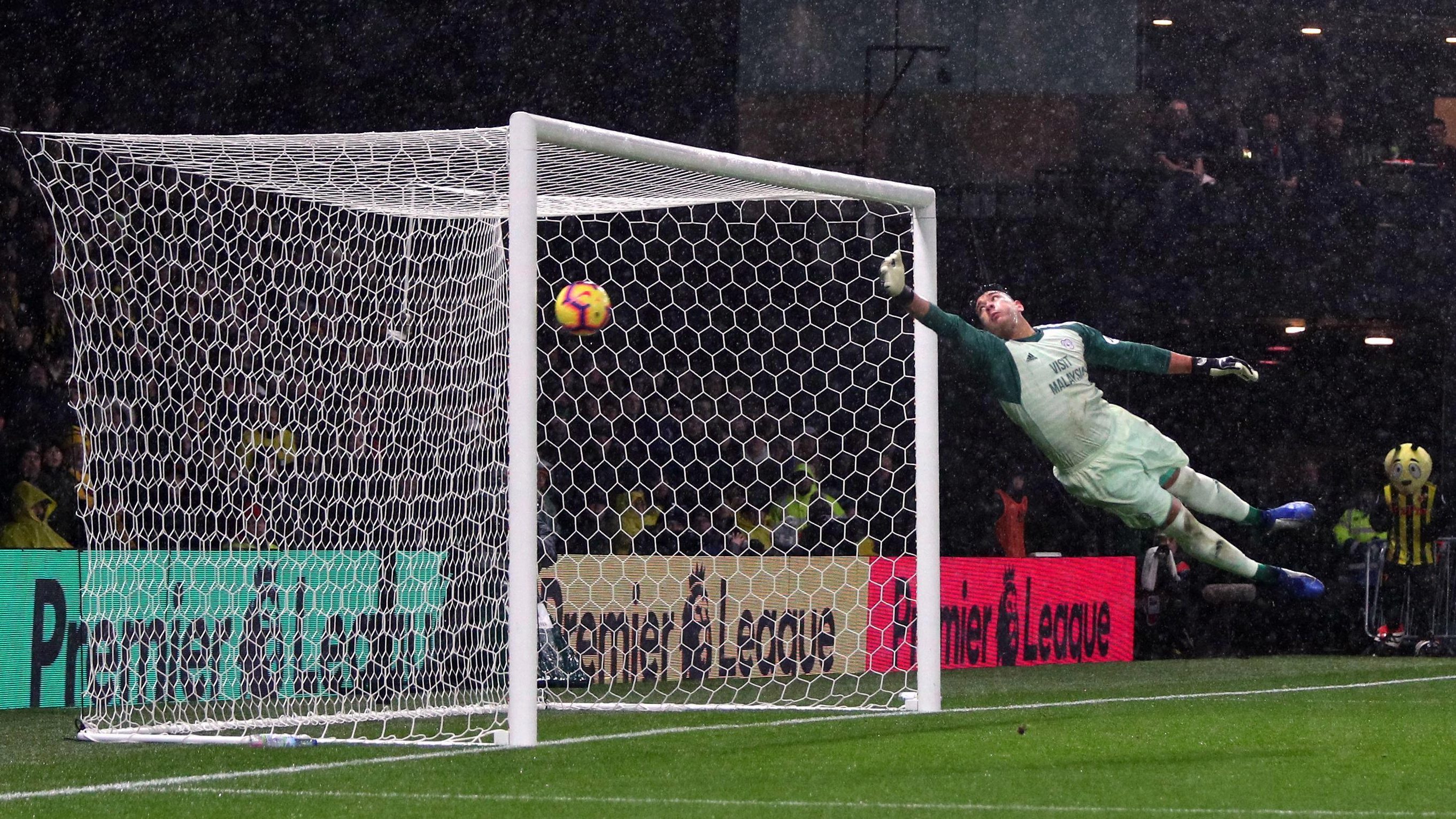 Cardiff were on the backfoot and you could see why they had been cannon fodder on the road.

At least Callum Paterson did threaten in a rare foray forward, with the Scot heading wide before then failing to meet Junior Hoilett’s cross.

Cardiff keeper Neil Etheridge then kept his side in it before the break.

First he blocked Robert Pereyra’s shot before the Argentine winger’s free kick was palmed out on the stroke of half time. 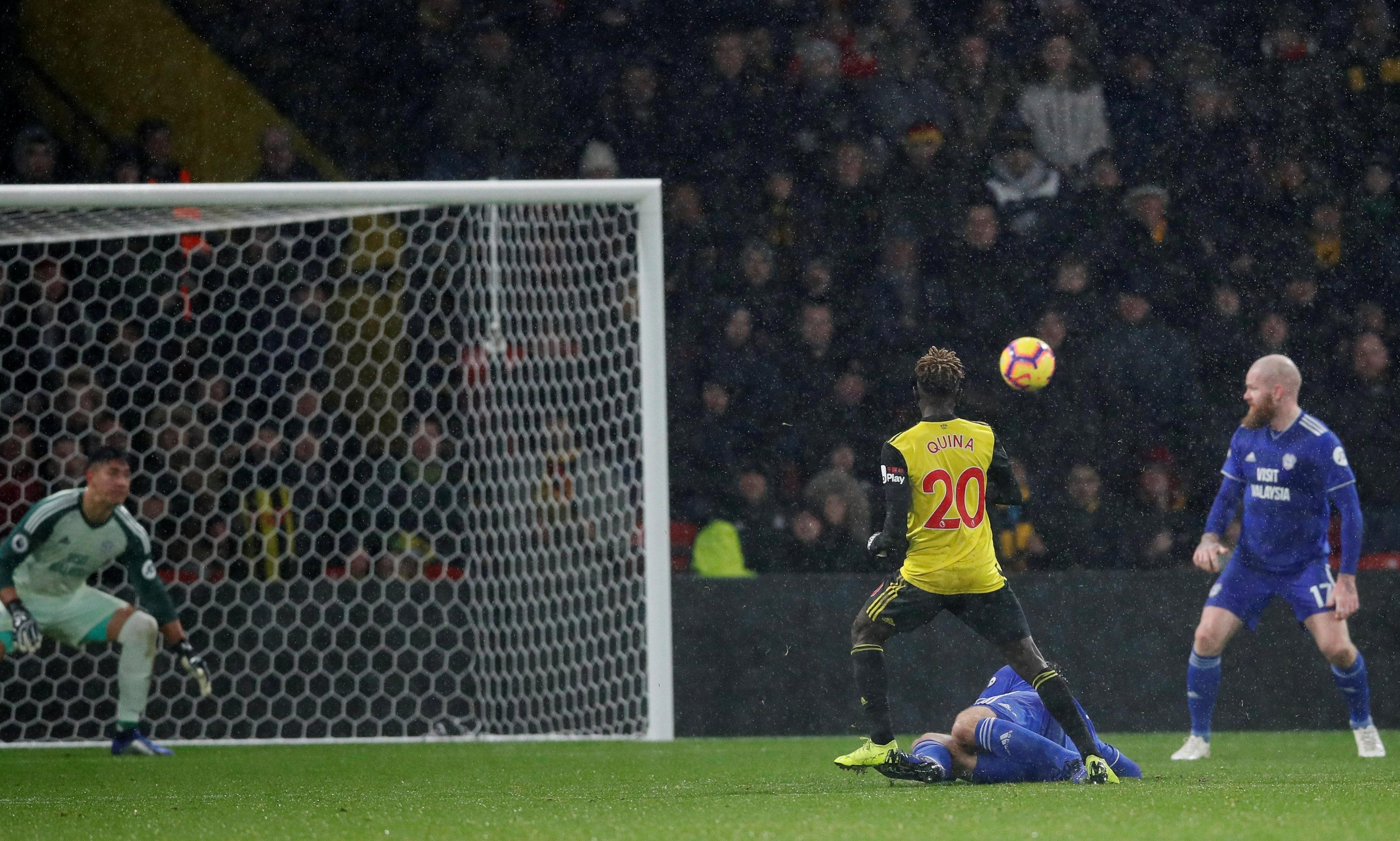 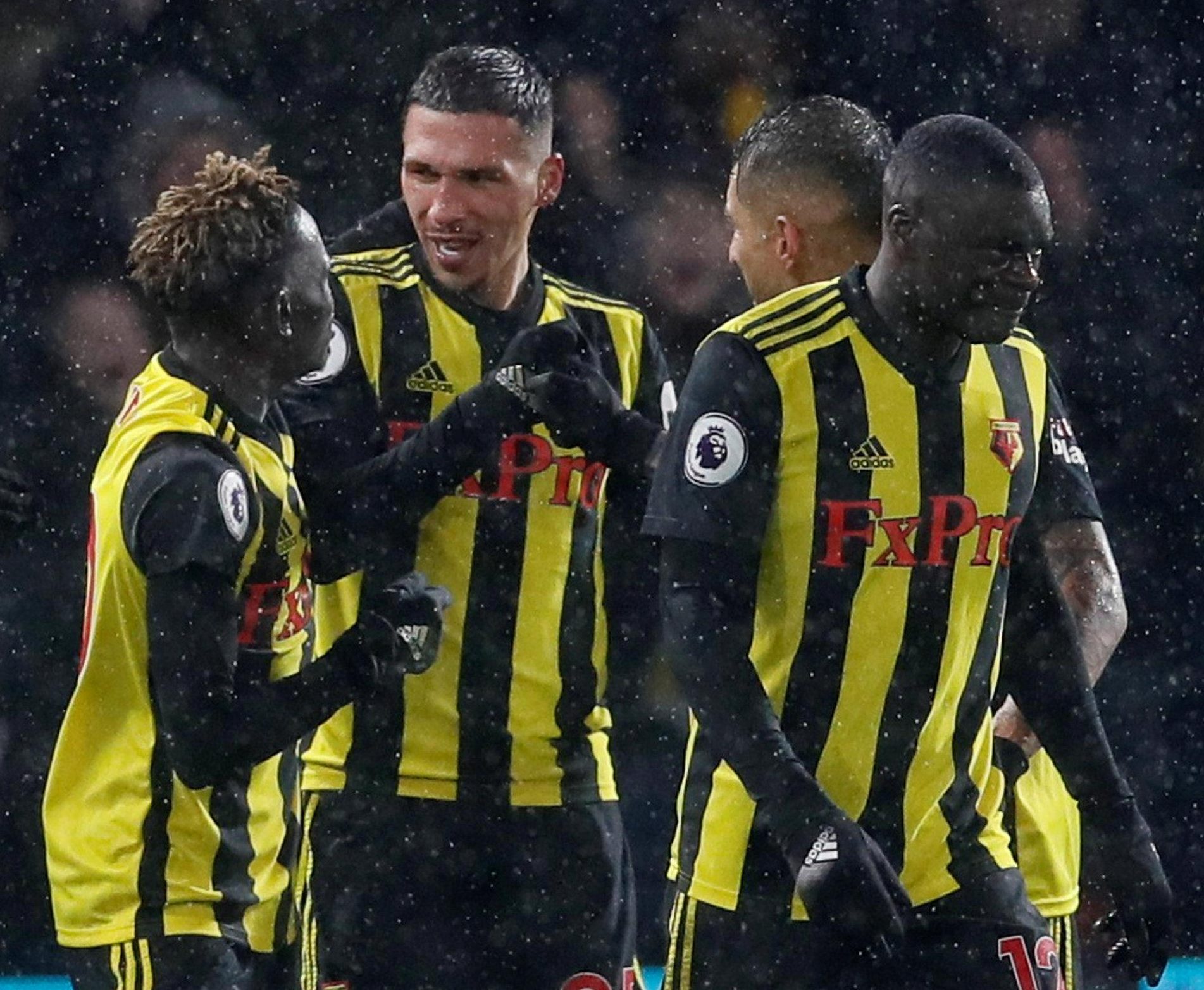 The duel continued after the break as Pereyra was denied by the reflexes of the Bluebirds keeper.

But Holebas showed his Hornets team-mate how it was done by curling home from 25 yards out after 52 minutes.

Domingos Quina looker to have killed off the game with another fine finish from distance in the 68th minute as Etheridge was once again left exposed.

Hoilett curled in another 80th minute stunner for Cardiff before Reid struck through a crowd. 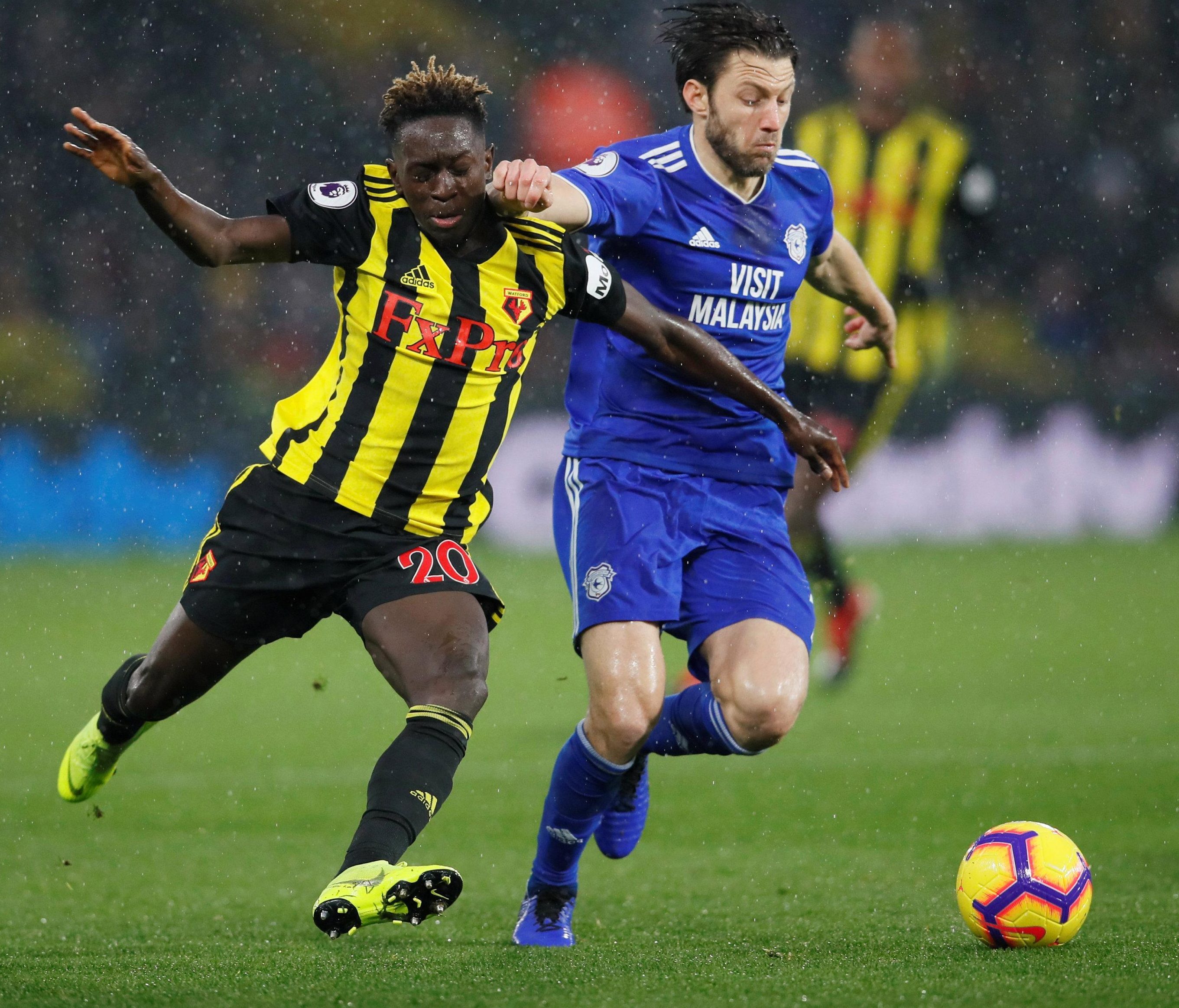 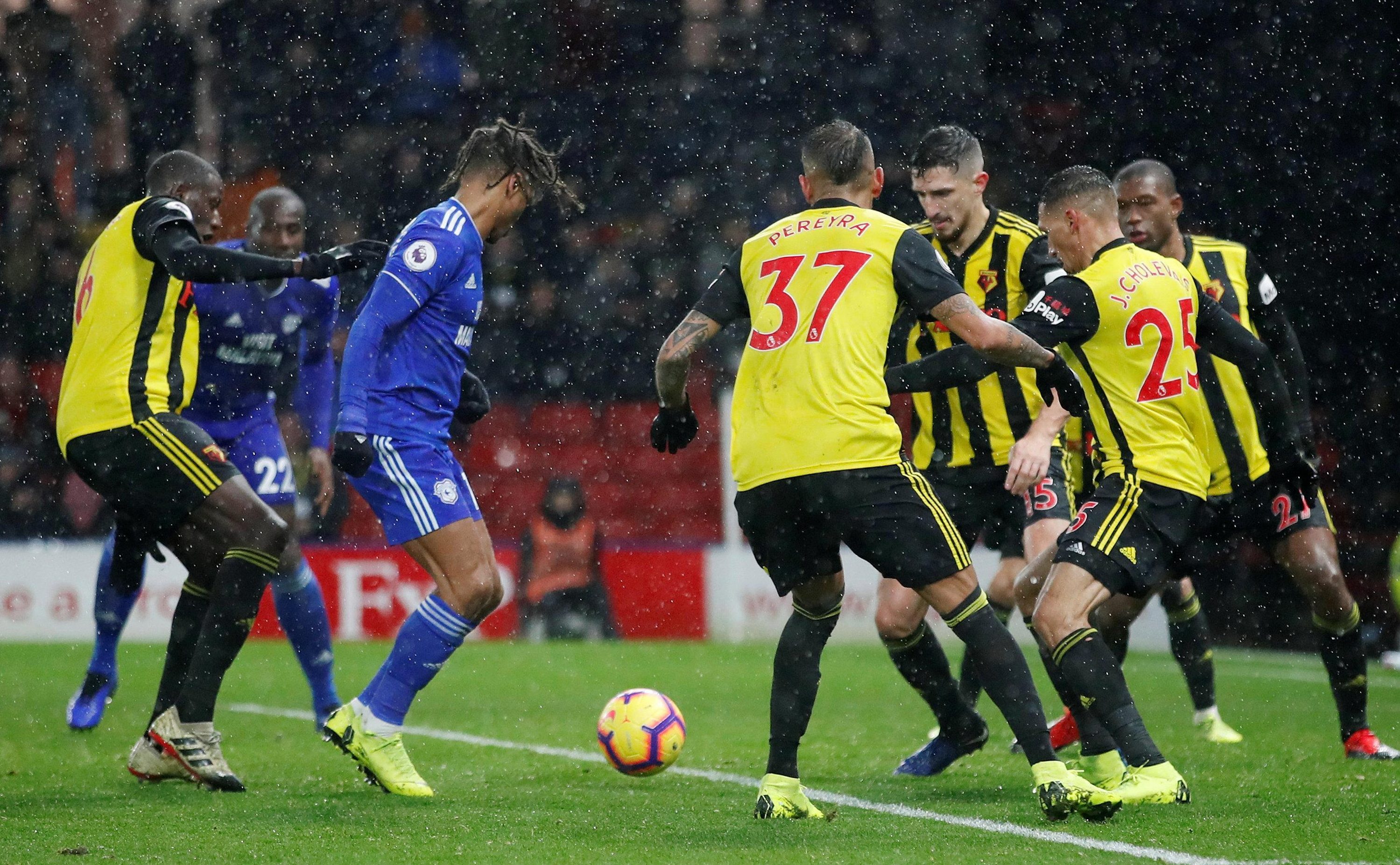 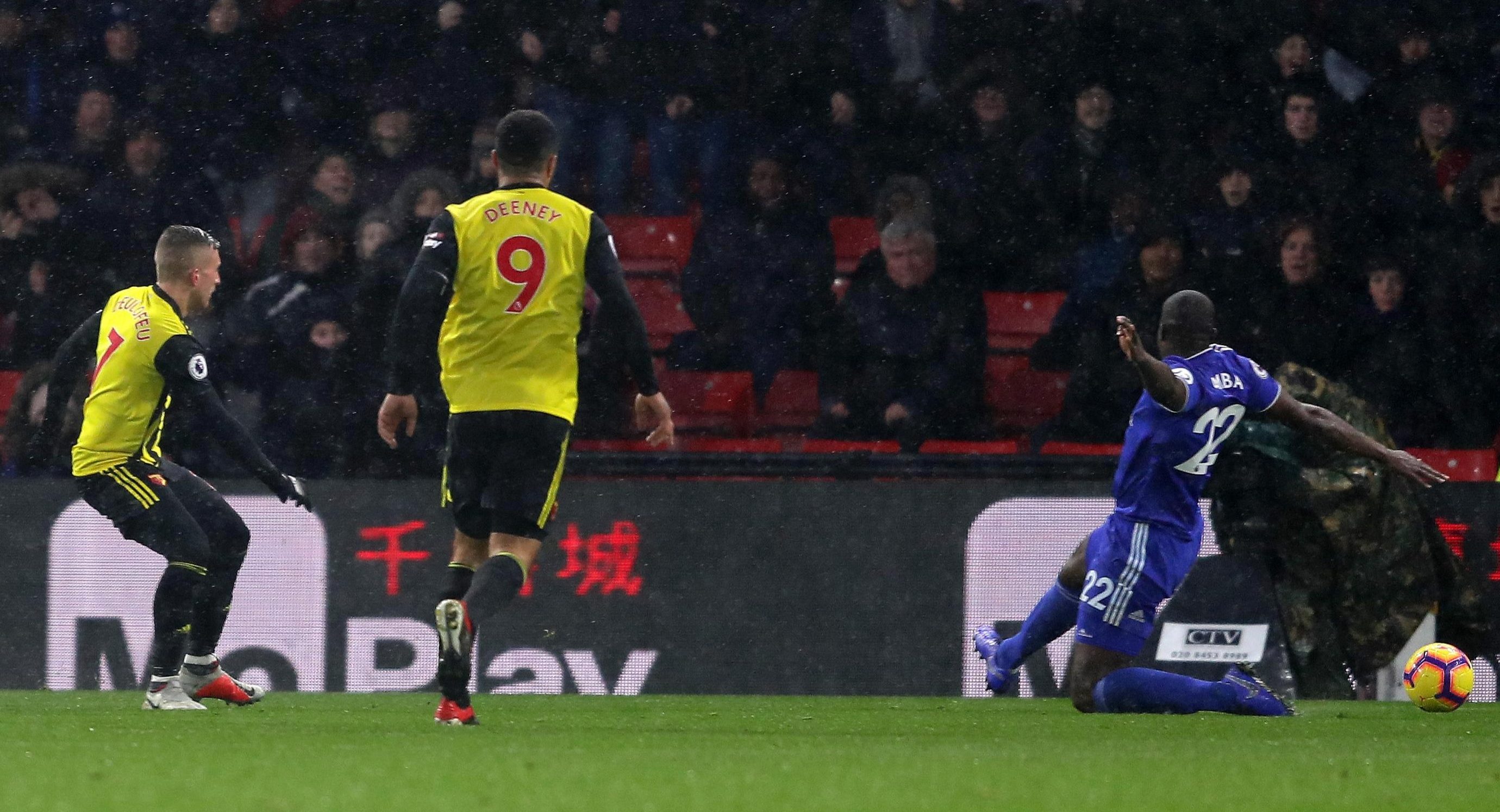 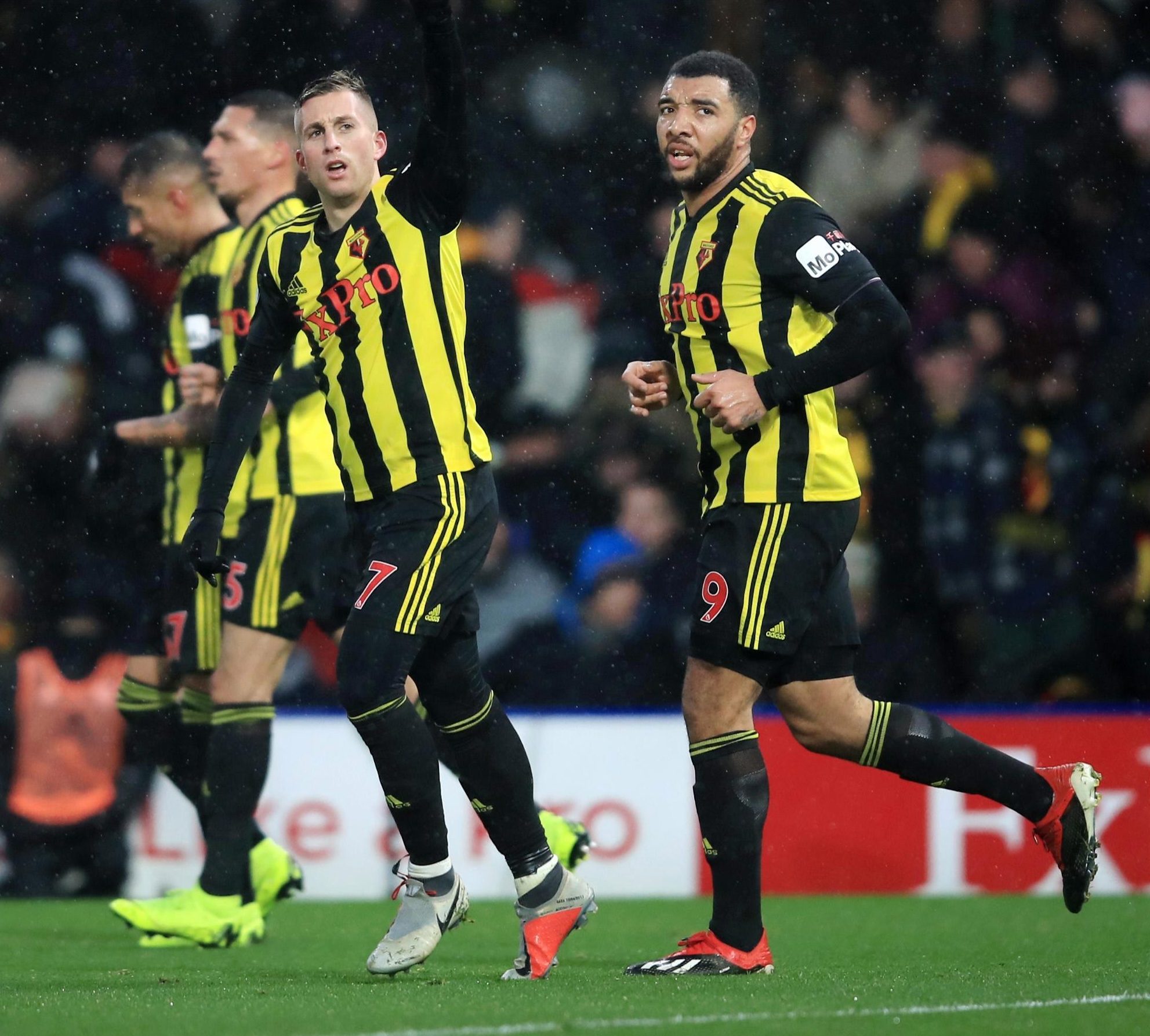 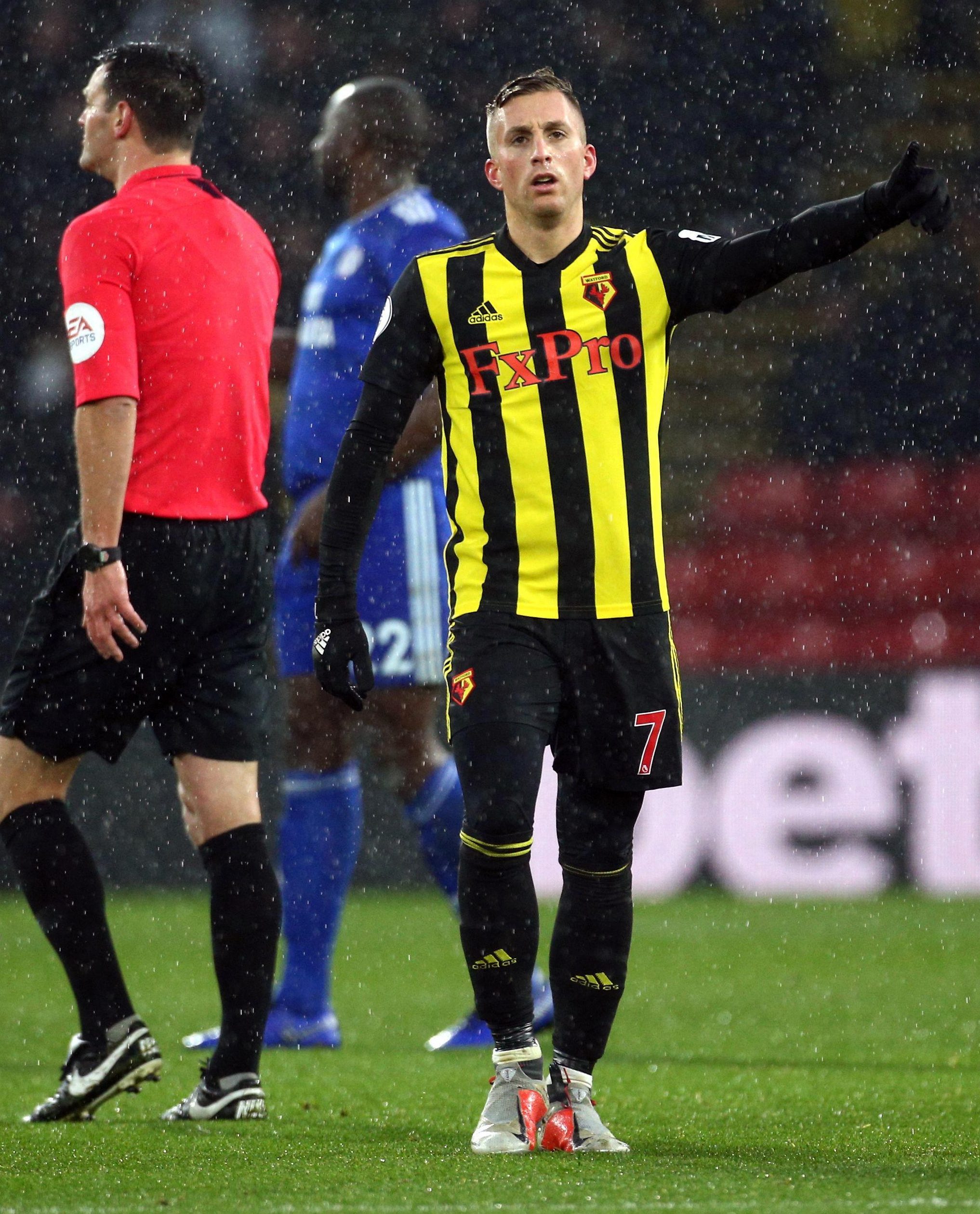 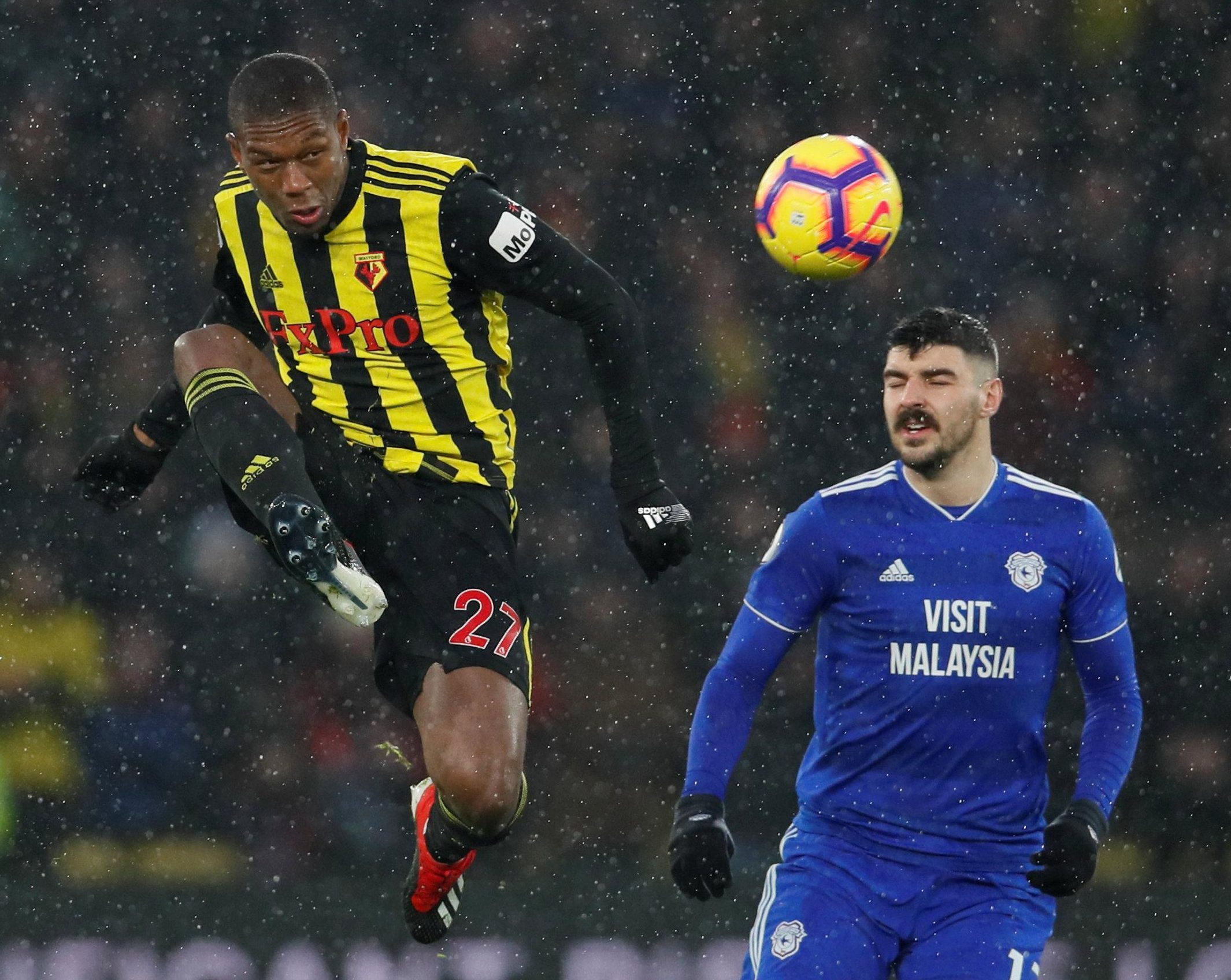