And Barcelona team-mate Lionel Messi was on hand with glamorous wife Antonella to give the couple their best wishes at the ceremony in Uruguay. 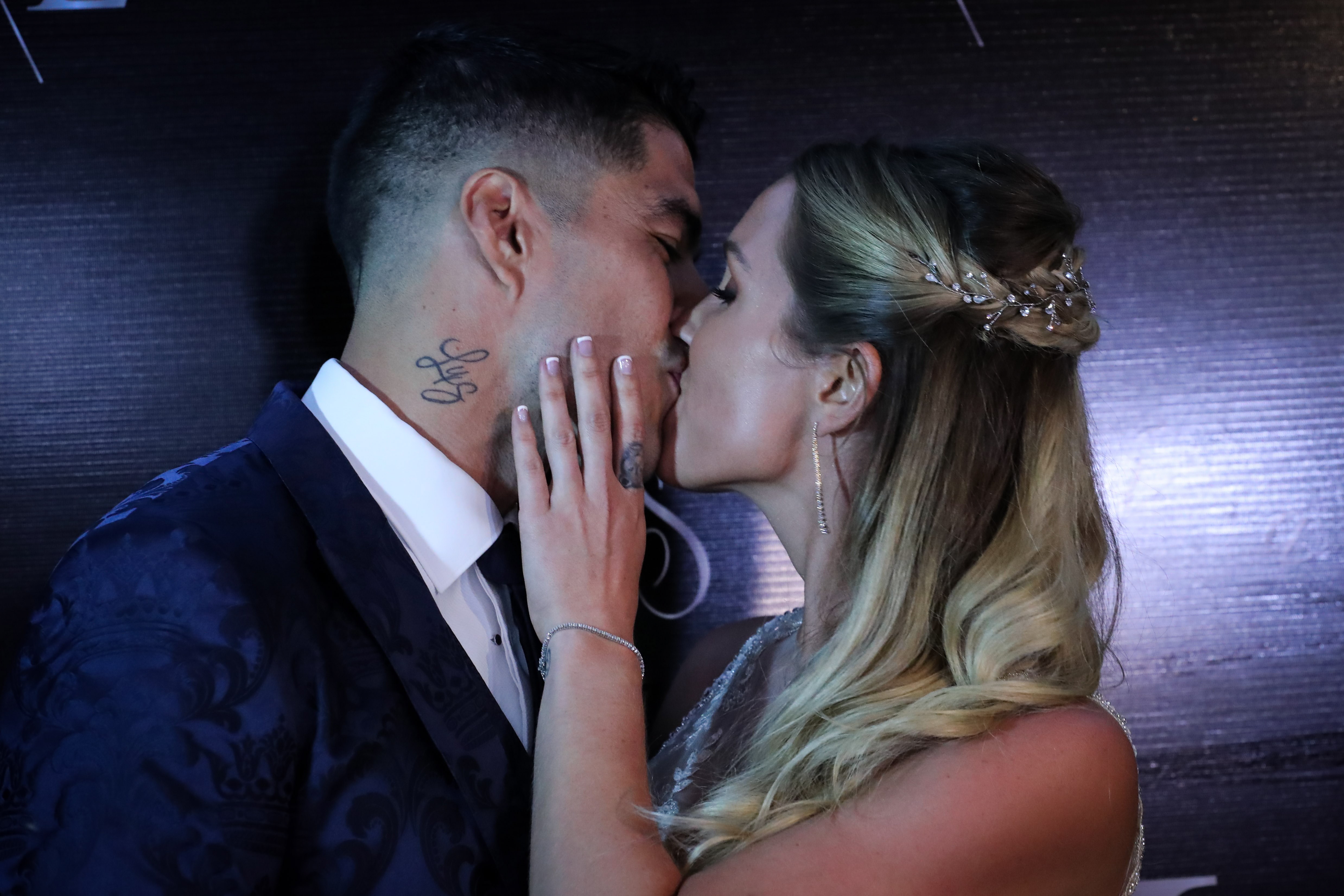 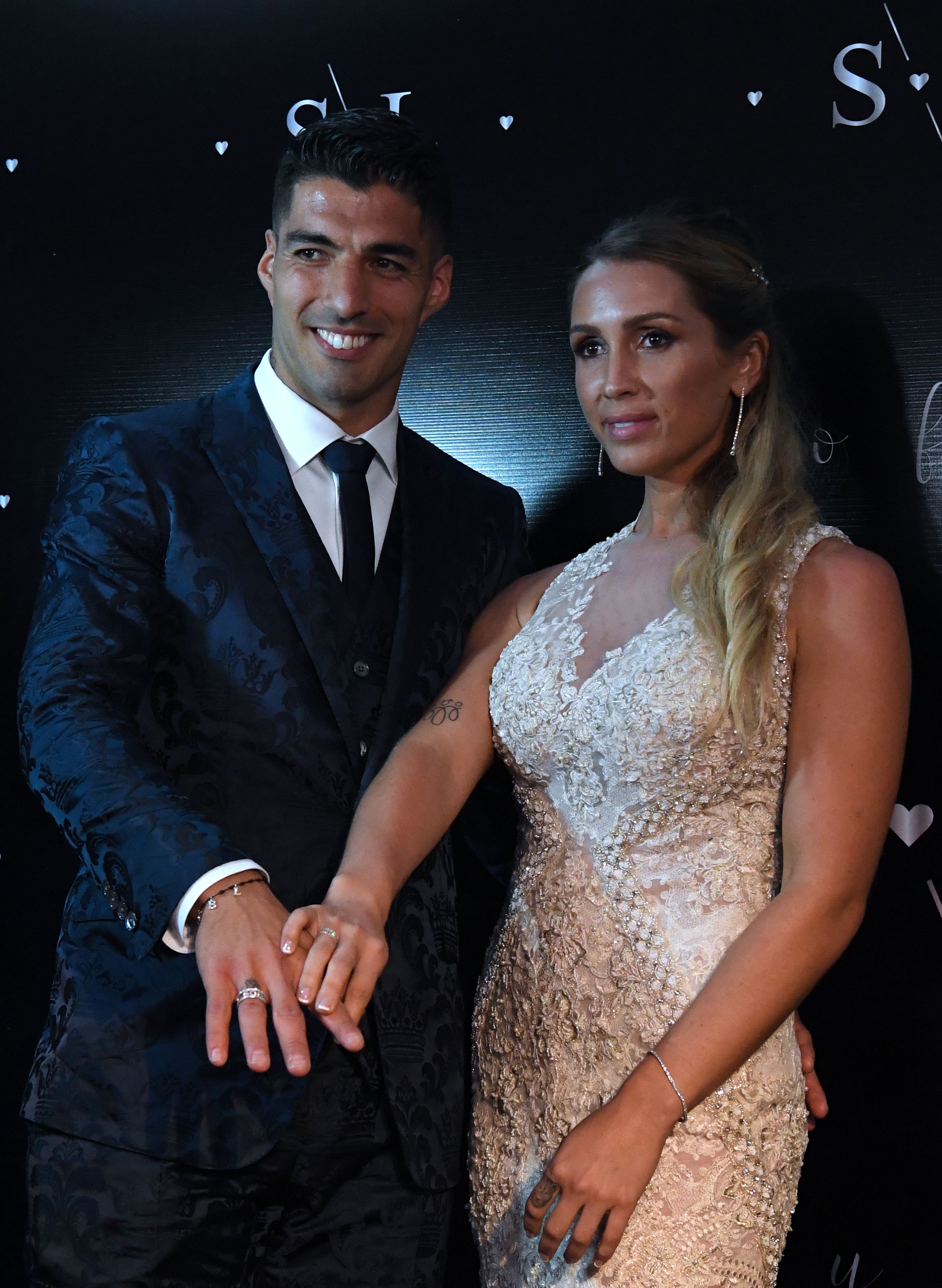 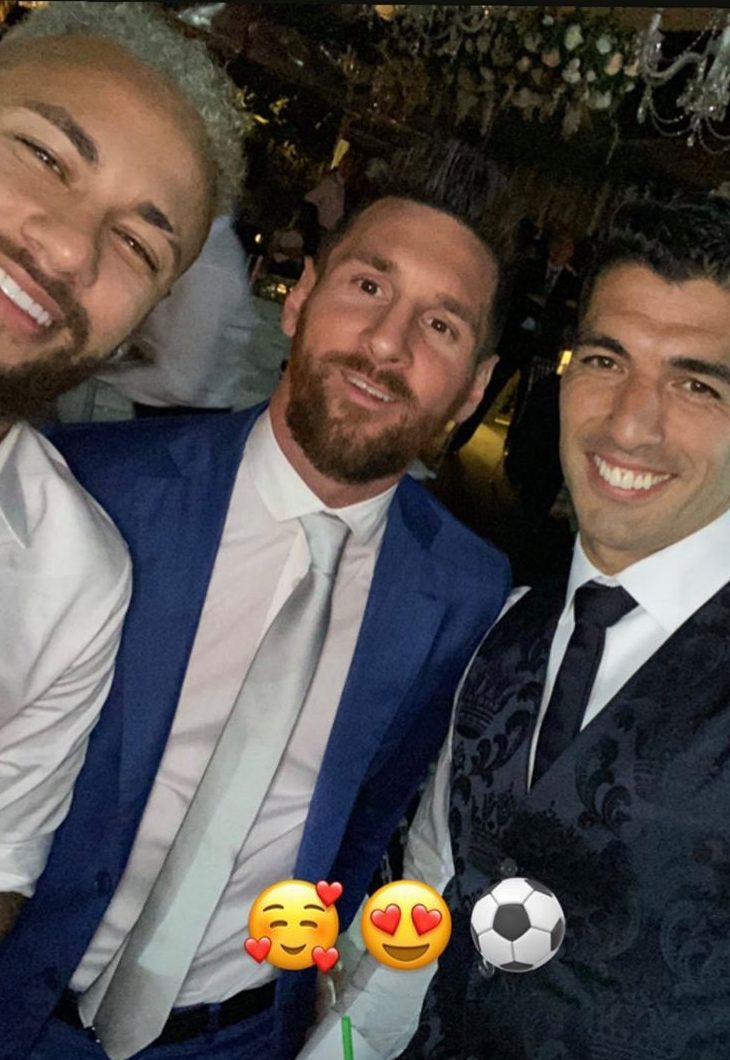 Former Barca star Neymar – who has been linked with a return to Spain – also arrived for the celebration, posting a selfie of the MSN trio reunited.

Suarez, 32, and childhood sweetheart Sofia, 30, first tied the knot in 2009 and decided to renew their vows to celebrate their ten-year anniversary.

The couple – who have three children – previously marked their love for each other by getting matching lion tattoos on their fingers.

But this time they went the more traditional route with a lavish bash held in La Barra, near Punta del Este, in the south east of Uruguay.

Sofia looked amazing in a figure-hugging, jewel-encrusted dress while her fella wore a patterned navy Dolce & Gabbana suit and tie.

Suarez told reporters "It’s a very important day for us" before joking: "My wife’s the most difficult defender, the one I can’t escape from." 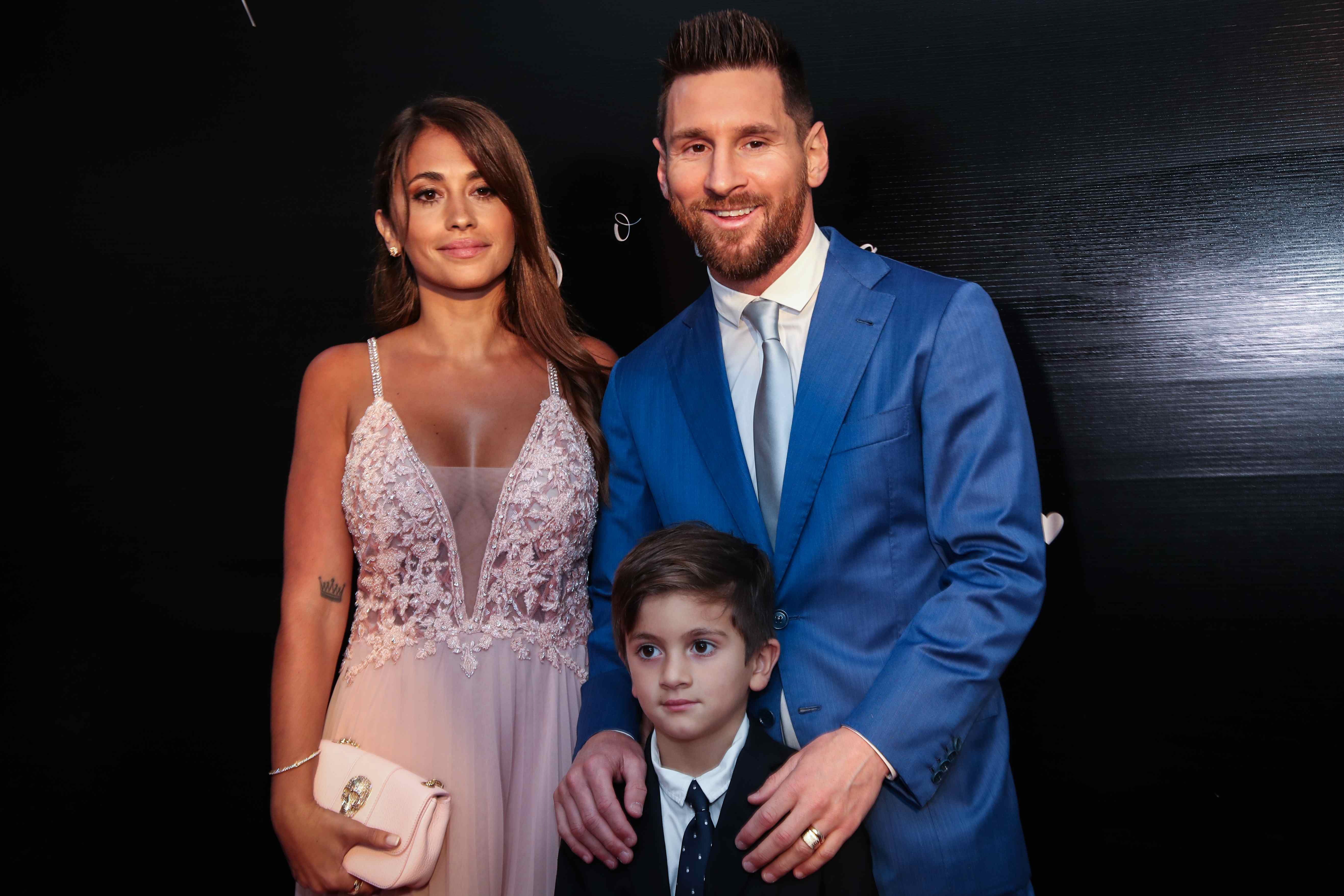 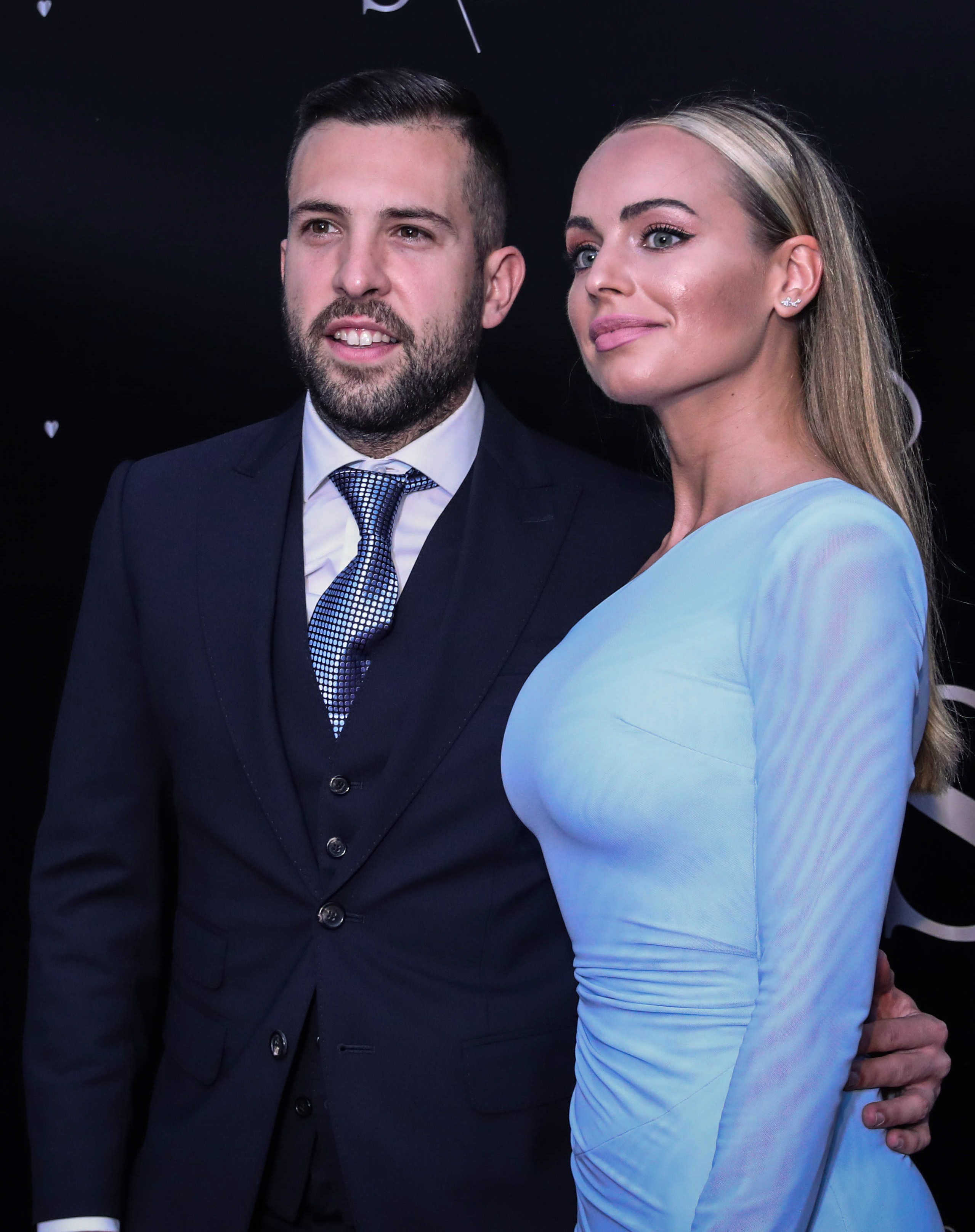 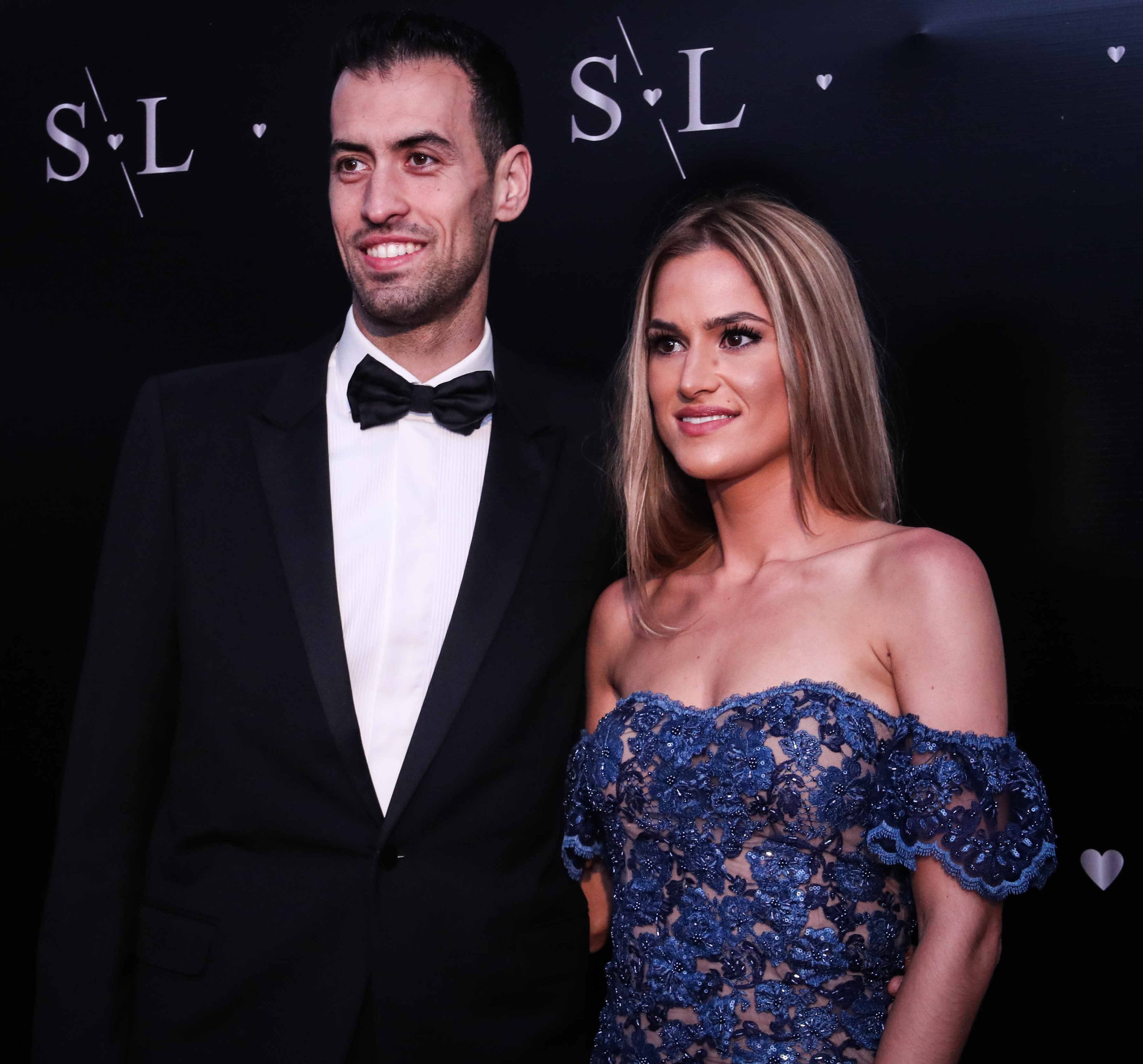 Messi, who recently claimed a sixth Ballon d'Or title, wore a light blue suit and silver tie while his better half donned an eye-catching peach-coloured gown.

Thiago, seven, the eldest of their three boys, looked dapper in a suit and white trainers.

Midfield genius Busquets rocked up with wife Elena Galera Moron as Alba posed for photos with his other half Romarey Ventura.

Former Liverpool striker Suarez has credited Sofi with keeping him on the straight and narrow in his football career.

He said: "At 15, I found a girlfriend that sorted my head out. It helped me realise how [important] soccer was for me.

"I was going out at night, I didn't enjoy studying and I wasn't dedicating myself to football.

"There were some people around me who were a bad influence.

"She gave me a lot of confidence and helped me believe in myself."

Antonella, Galera and Cesc Fabregas' wife Daniella Semaan all turned up for the celebration.