The Phoenix Suns and Los Angeles Clippers scuffled at the end of Game 2 of their Western Conference Finals matchup on Tuesday night after Deandre Ayton’s game-winning alley-oop finish.

Immediately after Ayton put in the game-winning basket to give the Suns a 104-103 victory, Clippers center DeMarcus Cousins was seen shoving Suns star Devin Booker. Clippers guard Patrick Beverley and another Suns player had to step in with Booker getting held back. 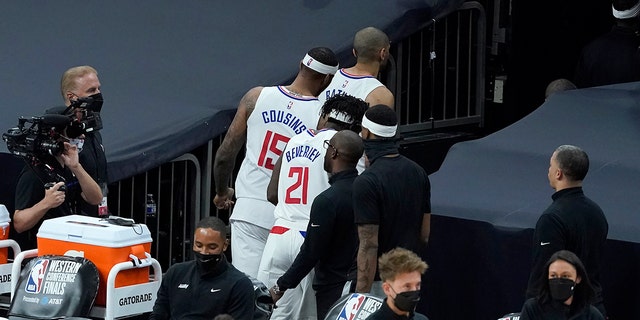 It was Booker’s screen that helped Ayton get free with less than 1 second remaining in the game. The perfect pass allowed the young center to soar over Clippers defender Ivica Zubac.

“The celebration and reaction were a little shaky,” Ayton said. “Because I wasn’t sure what I did. I wasn’t sure if it counted,” he said.

Phoenix is now up 2-0 in the series. They have won a franchise-record nine straight playoff games.

Game 3 heads back to Los Angeles and is set for Thursday night.