The 2019 Super Rugby season is like an 18-round audition process, with call backs and casting couch chats culminating in the first Wallabies squad announcement in early August.

As one Super Rugby coach told the Herald, "'World Cup' and 'off-contract' are the two most powerful motivational phrases you can throw at a player". Expect everyone to be putting their best foot forward. 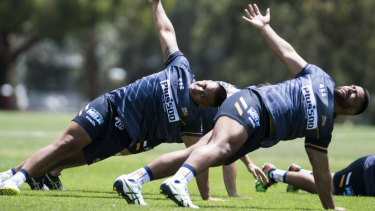 Michael Cheika, Scott Johnson and the Wallabies assistant coaches will be tuning in with interest to the opening round of the season this weekend, which featured an Australian conference derby between the Rebels and Brumbies on Friday and a tough first test for the Waratahs, who host the Hurricanes at Brookvale Oval. It will be another week before anyone gets a good look at the Reds, who enjoyed a first-round bye.

The Herald cast its eye over the four Aussie teams and what the Wallabies coaches will be looking for, with the September showpiece in Japan front of mind.

The Wallabies tight five is one of the youngest and most inexperienced in Test rugby and that is bad news going into a World Cup, where the format and pressure-cooker environment favour cool heads and deep memory banks. Rotational policy notwithstanding, Cheika will want as much game time and exposure pumped into his potential Test pack and, with at least five of them calling Canberra home during the Super season, that falls to the Brumbies. Scott Sio, Folau Fainga'a and Allan Ala'alatoa could form a Test front row, while Rory Arnold needs a big season to reclaim a starting spot from Izack Rodda and Adam Coleman, the combination latterly favoured by Cheika. 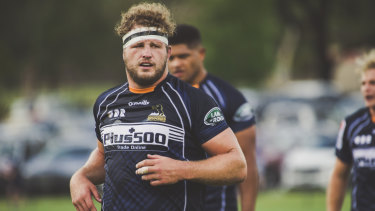 With 86 Tests under his belt, James Slipper has a prime opportunity to play his way back into a gold jersey, but will need to prove his set piece work can be as sharp as his efforts in general play. In the back row, David Pococok will be the most monitored player in Australia, much less the Brumbies' line-up, so expect to see his minutes, if not his appearances, limited this season.

Rebels
Put Will Genia and Quade Cooper to the side for a moment. The man the Wallabies will not take their eyes off this year will be packing down at the back of the Rebels scrum. Fijian born No.8 Isi Naisarani will only be eligible for Australia in April but Cheika took him away on tour last year to prepare the ground work. 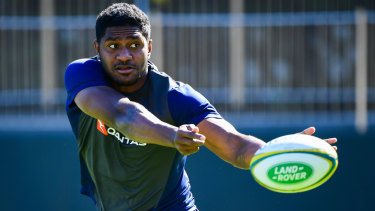 New blood: Isi Naisarani, pictured training with the Wallabies, will be eligible for Australia in April. Credit:Stuart Walmsley/Rugby AU Media

Naisarani is touted as the Wallabies' long sought-after back row problem solver. If the 195cm 24-year-old establishes himself as the big, ball-carrying, lineout-jumping threat that people believe he can be, he could resolve the Pocock and Michael Hooper dilemma once and for all, by either pushing Hooper to No.6, or forcing him on to the bench.

Then there's Jordan Uelese, the young hooker Cheika has long earmarked as Australia's next generation starter in the No.2 jersey. A ruptured ACL put paid to his 2018 season and he was not included in Dave Wessels' round one line up, but if he can prove himself adept at the position's core skills and, crucially, consistent in their application, there will be a spot in the World Cup squad for him.

As one of the Wallabies' senior statesmen and arguably Australia's only world class halfback, Genia will be monitored as closely as Pocock this season. Whether he will be allowed to kick or not is another question, but with Australia lacking many kicking halfbacks, many onlookers believe this should be something he starts to feature in his game this season. 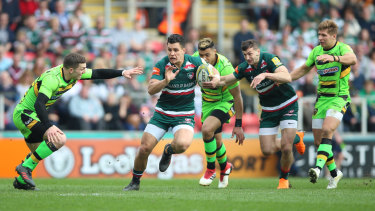 Welcome back: Matt Toomua’s return from the UK will add intrigue to the back end of the Super Rugby season. Credit:PA Wire

Write off Cooper at your peril, always. But the Wallabies will be hoping the likes of Jack Maddocks, Reece Hodge, Marika Koroibete and captain Dane Haylett-Petty help the Rebels make this a season to remember. And then there's Matt Toomua's return – expected in late May – to factor in. He's been playing out of position for Leicester in England but will give Australia a tactical kicking option they sorely need at five-eighth.

Reds
Queensland are the other set-piece driven Aussie side, with the likes of front rowers Taniela Tupou and Brandon Paenga-Amosa, and second rowers Izack Rodda and Lukhan Salakaia-Loto among their Test regulars. After a breakthrough Super Rugby season and Test Rookie of the Year gong in October, 'Tongan Thor' Tupou had an underwhelming spring tour, so Cheika will be looking for him to take the next step in his evolution. Paenga-Amosa needs to change the coach's opinion of his Test readiness, while Rodda has a chance to cement his claim to the No.4 jersey with a strong season in the maroon, and the side boast a host of up and coming back rowers. 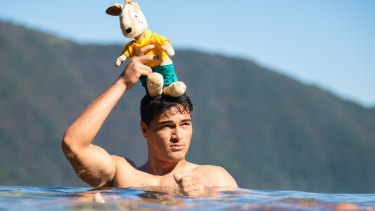 Baby Wallaby Jordan Petaia will be one to watch after making his debut on the spring tour last year. Brad Thorn plans to use him as an outside back, although Petaia played at outside centre in the NRC last year and is said to consider himself a No.13. It will also be interesting to see how centre Samu Kerevi, sorely missed by the Wallabies last year, adjusts to the extra duties of captaincy. Many believe Adam Coleman's promotion to captain actually cost the Rebels his best on the field.

Waratahs
With the Australian front row wide open, hooker Tolu Latu must prove he can be the consistent lineout thrower and scrummager a Test side needs. Veteran prop Sekope Kepu will be looking to prove he has another year in him at the top level, while Tom Robertson will be champing at the bit ahead of his April return.

Abrasive loose forward Jack Dempsey has a fan in Cheika, but he will need to show what he can do from the less familiar position of No.8 after NSW coach Daryl Gibson made no bones about wanting to have his best three back rowers starting in the opening round. 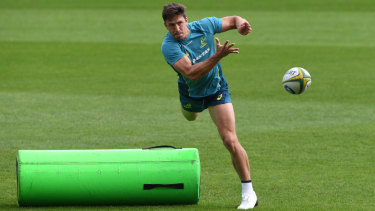 Opportunity: Jake Gordon has a unique skillset but has not yet managed to crack a regular Test spot. Credit:AAP

Israel Folau is expected to spend the season at fullback, which could have implications for Test selection conversations, while the question on everyone's lips is whether Kurtley Beale and Bernard Foley can rekindle some of the old playmaking magic in the lead up to Test season. Jake Gordon, meanwhile, has a golden opportunity this year as the only genuine kicking halfback in Australia.