Superb Duncan Scott lands SILVER in the 200m individual medley after finishing 0.23 seconds off gold to earn his THIRD medal of the Tokyo Olympics already

Duncan Scott became the first British swimmer in 113 years to win three medals at one Olympics as he added a silver in the 200metres individual medley.

The 24-year-old finished in a time of 1min 55.28sec – just 0.28sec behind Shun Wang, who took the gold for China. Jeremy Desplanches got bronze for Switzerland. 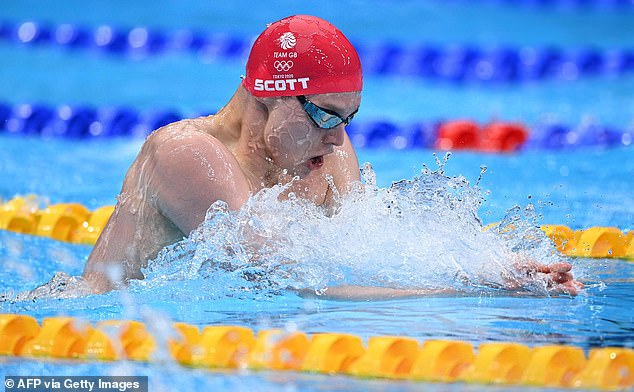 But his podium place in the 200IM means he is just the seventh Team GB athlete in any sport to claim three medals in one Games.

He is now also odds-on to get the outright British record of four with the men’s medley relay to come on Sunday.

Scott was back in sixth at the halfway mark and fifth with 50m to go. But he powered through in his favoured freestyle leg and almost snatched victory. 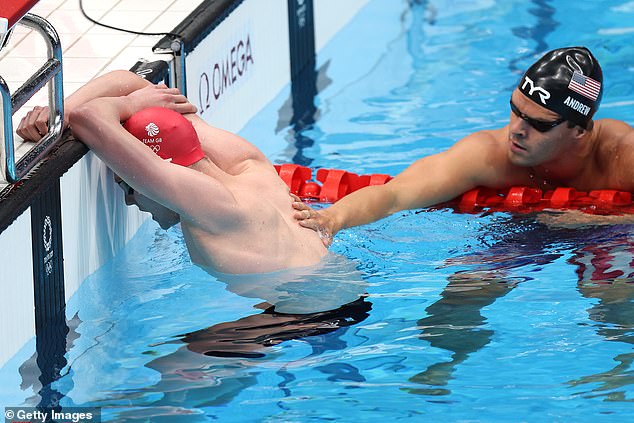 The 24-year-old refused to get too downbeat after agonisingly missing out on gold and said he would ‘keep his head up high’.

‘Definitely (proud) and the fact that the winner did a big PB too,’ he told the BBC. ‘Credit to everyone in the race. It was always going to tight, and exciting.

‘I had to try and commit a bit more to 150m, I know I’m going come back strong. I’m really happy with the swim – it just wasn’t there. I’ve got to hold my head up high with that.

‘Investment probably started with [Adam] Peaty in 2015 and the way he dominates racing probably rubs off on people, but also great teams of coaches.’