Tammy Abraham, Jadon Sancho and Ben Chilwell have been ruled out of Thursday’s England clash with Wales after breaking Covid rules.

England boss Gareth Southgate laid down the law to his squad on Monday night and reminded players of their responsibilities during a team meeting at St George’s Park as he was forced to deal with another off-the-field headache ahead of important international matches.

Southgate has spoken individually to Abraham, Sancho and Chilwell about why they will miss the home nations friendly against Wales. 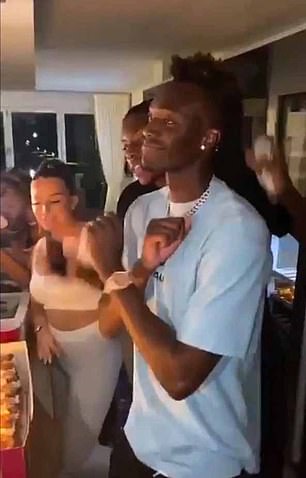 Gareth Southgate ruled out Abraham, Sancho and Chilwell for the upcoming game with Wales

The squad reported for duty Monday afternoon, but the trio were absent after footage emerged of them at Abraham’s surprise 23rd birthday party on Saturday night.

The trio are expected to have Covid tests away from St George’s Park and will not report for duty until Wednesday, provided their results come back negative — though the FA are aware any symptoms may not appear for another couple of days.

As such, Southgate is planning to be without them for the Wales clash. They could come back into consideration for the Nations League matches against Belgium and Denmark. 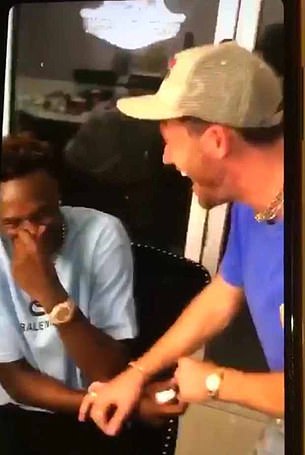 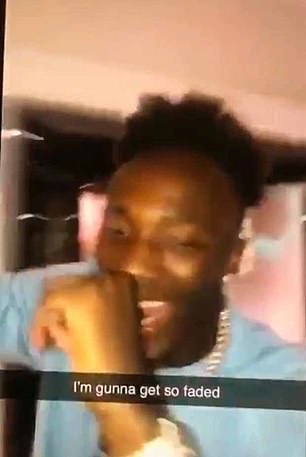 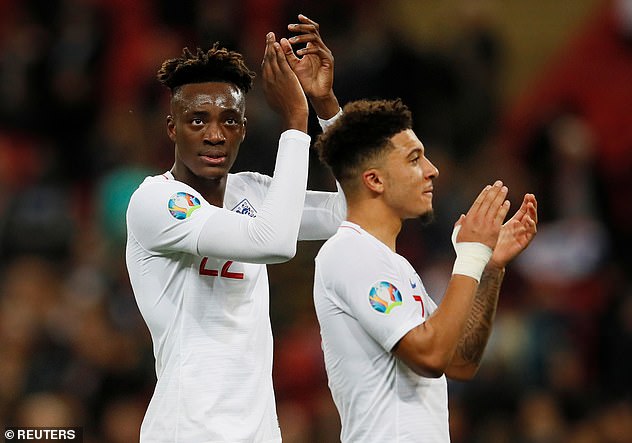 It is understood Southgate and his staff considered leaving the three players out for all three fixtures as details emerged of the party. The manager will be deeply frustrated at how his squad’s discipline has again been called into question.

In his address to the squad on Monday night, Southgate stressed the importance of maintaining high standards of behaviour. With images of Abraham’s party emerging online, Southgate also discussed the potential pitfalls of social media.

Chilwell and Sancho joined Abraham in apologising on Monday for attending the party. It is understood that the Dortmund hierarchy are angry with the forward’s behaviour — particularly as he missed training last week with respiratory problems.

Sources claim there is some sympathy for Abraham inside the England camp. The Chelsea striker, who was not drinking, is said to ‘feel dreadful’ about the affair, but was caught in a difficult situation given the party was planned by family and friends. 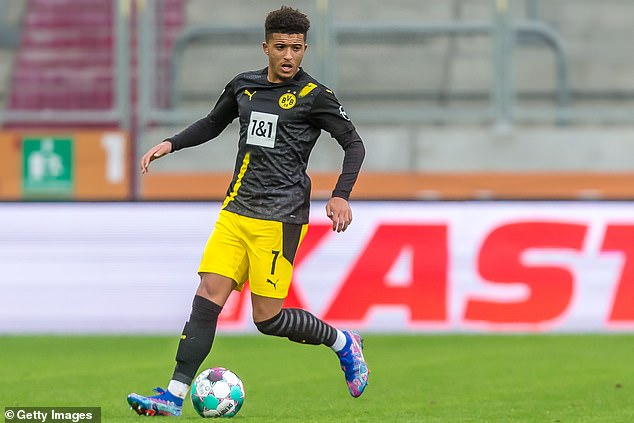 Chelsea are said to be relaxed by the attendance of Abraham and Chilwell and will remind them of their responsibilities on their return to the club.

Southgate has faced a host of controversies recently. He was forced to axe Harry Maguire from the last squad following allegations of a violent altercation with Greek police, and then booted out youngsters Mason Greenwood and Phil Foden after they invited women to the team hotel following the win in Iceland, breaching Covid rules.

However, the incident involving Abraham, Sancho and Chilwell is viewed differently because the party was not organised while he was on England duty.

Meanwhile, as revealed by MailOnline, Chelsea defender Reece James has been promoted to the England squad for the first time, but Raheem Sterling will miss all three games because of a minor hamstring injury.