Britain’s footballers want to ensure everyone knows their names by the time they leave Japan.

Team GB take on Australia in the quarter-final on Friday, but stars Rachel Daly and Kim Little hit out before the fixture after the Olympic Broadcasting Services (OBS), who provided the feed for Eurosport, made a number of errors while commentating on their matches.

Ellen White, who has scored three goals, became ‘Ellie’, while Caroline Weir was referred to as ‘Catherine’.

‘I think there’s a Linda (Lucy) Bronze in there as well,’ explained Rachel Daly, ahead of the clash with the Matildas. ‘It’s frustrating and disappointing. It’s not difficult to get players’ names right. It’s just another bit of fuel to add to the fire and we just focus on us and stay grounded.’ 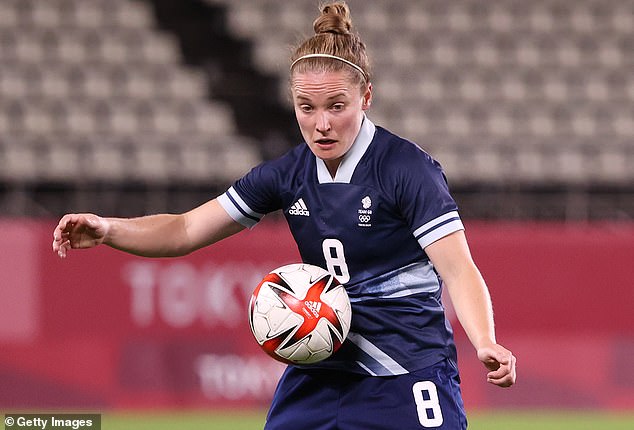 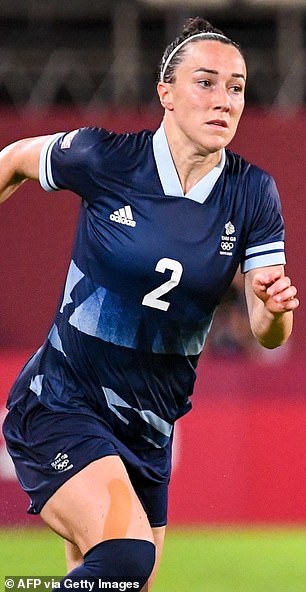 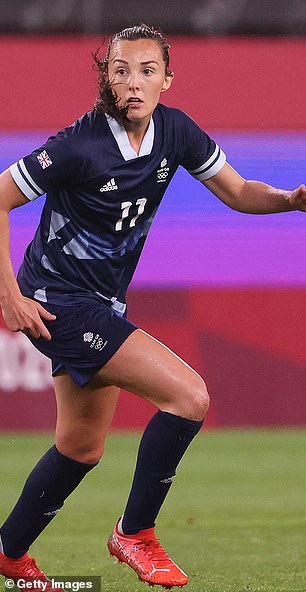 OBS got the names of Team GB and other teams’ players wrong, sparking criticism from the players

It is what it is.’ Scotland midfielder Kim Little, who was described as having ‘140 caps for England’, sounded a similar note. ‘I think it’s disappointing,’ she said. ‘And I think that’s been a common theme within the women’s game.

‘As it’s professionalised, as the games become a professional sport, the things around it need to keep improving too – as well as the broadcasting and the media, the kind of level of expertise when commentating on games.’

‘Because the women’s game is not as widely watched yet as the men’s game, there’s not as many commentators who know the game as well and are employed to do so.’ 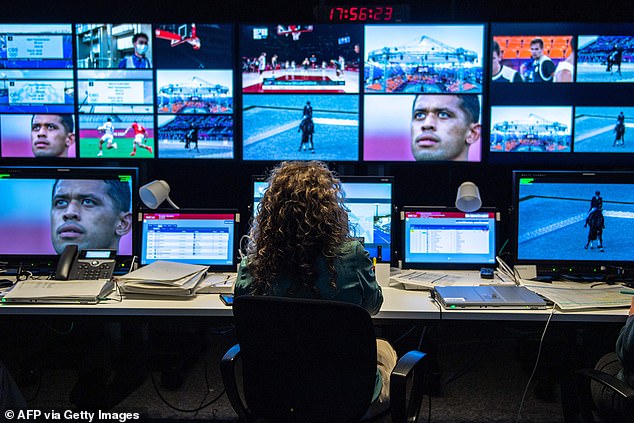 ‘So yeah, it’s disappointing, but hopefully by voicing it the people that are making the mistakes are made aware of it so that that side of the game can continue to improve.’

Little, 31, believes head coach Hege Riise’s changes can ensure nobody is left in any confusion by continuing their impressive tournament. They topped their group, and have so-far only conceded one goal.

‘We’re well pleased with how it’s gone so far, ‘ Little said. ‘I think we know that there’s so much more to come from us as well. We’ve still got a lot in the tank, which I think it’s a good position to be in. We all feel good and confident. I’m in a good place going into a quarter-final.’

Eurosport said they will have their own commentary team for the clash against the Australians, which Riise believes will be a big test.

The Norwegian also admitted she was unaware of the long sporting rivalry between the two countries but added that she was confident her players could deal with the pressure.

‘I can see that intensity and the passion of two big nations to want to win that battle,’ she said. ‘I feel that we can handle that.’ 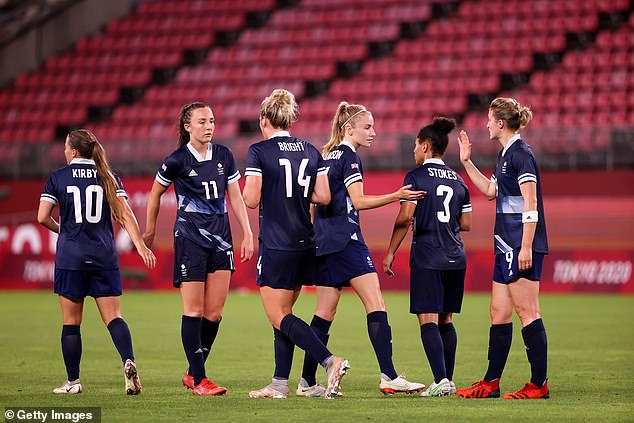 Team GB’s last group game was against Canada, which ended in a 1-1 draw 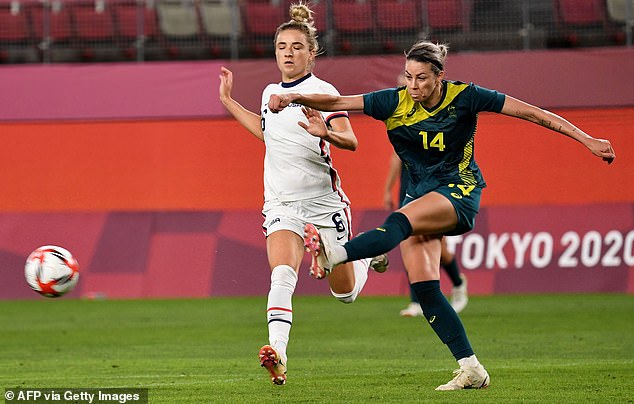 Australia’s last game also ended in a goalless draw against the US, who are the current world champions

‘We are in a good spot right now, the players feel comfortable, they feel we’re doing the right thing, so I’m excited for the game. I think that will be us proving that we are enjoying this tournament as this moment.’

Riise, who was appointed to lead England in January and GB in March following Phil Neville’s departure to Inter Miami, is enjoying her time in charge.

‘It’s been a privilege, I would say. ‘[Ever since] I got this role, working with the staff around me to get the most out of the girls, we have been working on the culture, ‘who are we?’, how do we want to be seen, how do we want to perform?’

‘I think all the players, the 22 strong players, buy into that. They know what it will take for us to go all the way so they all bought into that and I feel like we have done a great job’.

‘Now it’s that knockout stage, [it’s about] how brave we are going into that, and I think we are brave enough going forward as well.’