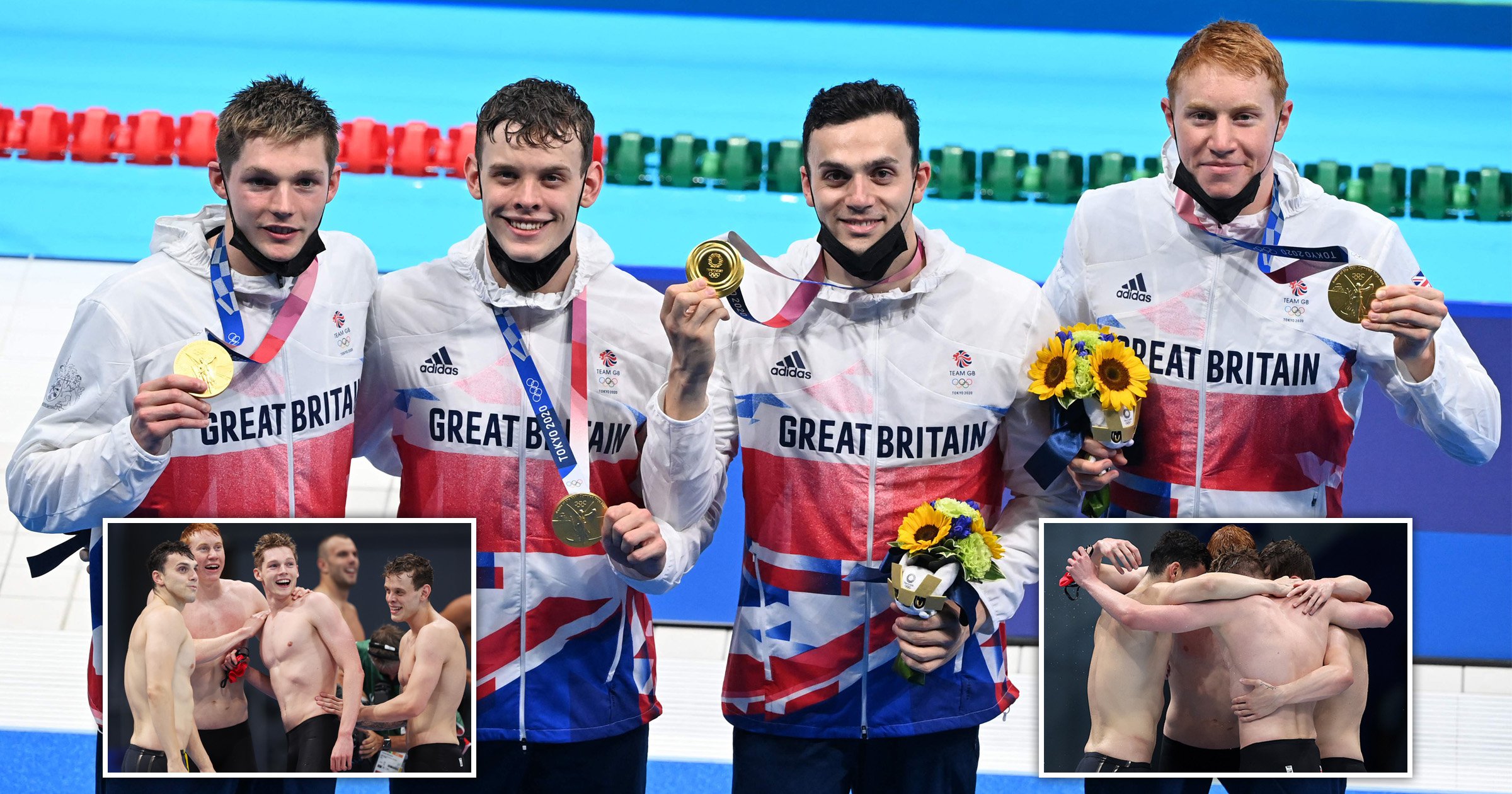 Team GB have won three swimming gold medals at the Olympics for the first time since 1908 after a stunning victory in the men’s 4x200m freestyle relay in Tokyo.

After Tom Dean and Duncan Scott won gold and silver respectively in the 200m individual freestyle yesterday they had a great chance of claiming a second medal as they were joined by teammates James Guy and Matthew Richards.

The quartet won in six minutes 58.58 seconds, just 0.03 seconds shy of world record pace, and obliterated the rest of the field in a stunning display.

Gold medallist Dean lead off for Team GB, putting in a solid first leg that had them in third place with USA in the lead, but Guy pulled it back to put the quartet back in pole position.

Teenager Richards, who is just 18, managed to create a healthy lead in the third leg before handing over to Scott, who completely dominated, pulling away from the Russian Olympic Committee and Australia who finished second and third respectively.

In the end, GB won by several body lengths and nearly three seconds, with Guy – who won silver in the same event in Rio five years ago – shedding tears as Scott sealed the victory.

Speaking after the win, Guy said: ‘As a kid dreaming of an Olympic gold medal was my dream. After 25 years to do it finally, it’s very emotional. With these four we have the best freestylers in the world. It’s a dream come true.’

Double Olympic champion Dean added: ‘I can’t put this into words. I couldn’t yesterday. I can’t thank these boys enough.’

Scott, who added gold to his silver from yesterday, was actually a little disappointed that they did not set a new world record, saying: ‘For myself and Jimmy in particular we’ve been on so many 4x200s together. I think this is really special with those boys. Matt in third was so composed. So close to the world record, if anything I am bit gutted we didn’t get it.’

The victory marks Team GB’s most successful Games in the pool since the 1908 Olympics in London – 113 years ago – with the latest gold medal adding to Dean’s win yesterday and Adam Peaty’s superb 100m butterfly victory.

Reacting to the latest swimming win, Peaty tweeted: ‘Seeing this team progress over the last six years has been an honour. We always knew one day they would win the big one! Incredibly effort and no one deserves it more than these lads.’