Second-placed Southern Brave were out to make a point in the Eliminator against third-placed Trent Rockets at the Kia Oval, and they hammered it home emphatically with a seven-wicket thumping…

Rockets were bowled out for 96 in 91 balls after slumping to 31-4 off the first 25 deliveries of the match as George Garton (3-18) ripped through the top order with three wickets – his scalps including Dawid Malan (14) and Alex Hales (three), both caught behind.

Lewis Gregory (11) tried to re-build in partnership with Samit Patel (20) but the batters fell to fine catches by Paul Stirling and Jake Lintott respectively as Brave turned it on in the field. Tom Moores added 19 but the combined excellence of Brave’s gun-attack was too lethal as Tymal Mills (3-8), Chris Jordan (2-15) and Craig Overton (2-25) cashed in on Brave’s decision to bowl first.

Defending such a meagre tally was never likely and Rockets were quickly under the pump despite Marchant de Lange (2-16) picking off Quinton de Kock for six. James Vince (45no) launched Rashid Khan for 14 off the leg-spinner’s first four balls and similarly Stirling (31 off 19) showed no mercy, smashing Sam Cook down the park for one of two sixes. 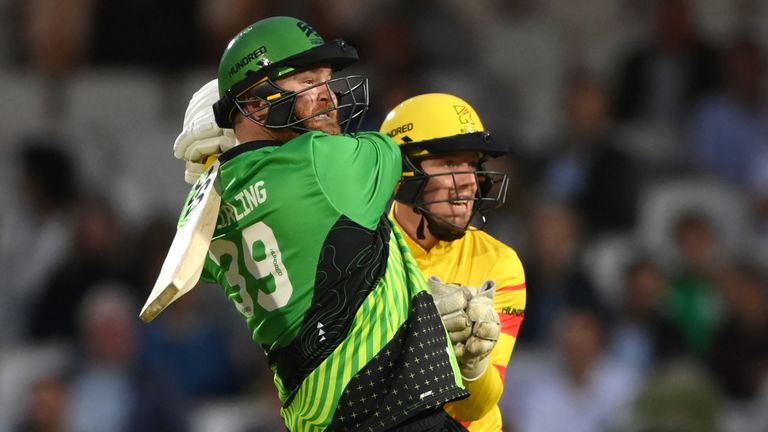 De Lange remained hostile to the end, having Alex Davies caught behind for three to take his wicket-tally for the tournament to 12 – the joint-highest to date along with Adil Rashid and Rashid Khan – but could not stave off the inevitable as Vince opened the face to run Cook away for the winning boundary with an incredible 32 balls still in the locker. Plenty of contenders for this one but George Garton gets the nod – and deservedly so – for putting Brave on track for a convincing victory with those early wickets. “It was nice to put in a performance in an Eliminator,” he said. “We look for match-winners in our team so it was nice to put my hand up and get us through to the final. It’s true that we got off to a slow start but that feels an age ago now; in the short format it’s about getting on a roll and winning is a habit, and we seem to be able to do that and put in performances when they count.”

YOU HAVE TO SEE THIS!

Jake Lintott has had an amazing competition with the ball – his left-arm orthodox displays earning him a deal with Barbados Royals in the CPL – but he showed he has got what it takes in the field too with a stunning catch to his left to dislodge Patel just when he looked primed to launch at the back end of the Rockets’ innings.

Wow! This diving catch from Lintott at mid-off even better than Sterling's earlier effort – Patel (20) the unlucky man.#SouthernBrave 🟢 #TrentRockets 🟡 #TheHundredEliminator

Nasser Hussain on George Garton: “If you speak to the people down at Sussex, they’ve been raving about him for a while – not just his bowling but his fielding and his batting. He’s a complete athlete, a complete cricketer and he’s showing the world that now. It’s high-quality fast bowling with good variations and he’s one for the future.” 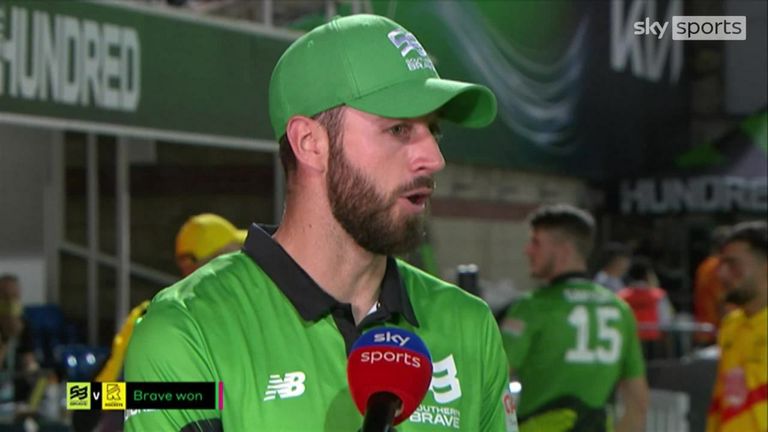 Brave skipper James Vince: “I’ve not played a huge amount with my bowlers before this competition so it took a few games to realise what their strengths were and what they wanted to do; I left it to them the majority of the time as they’ve played enough cricket! This is our most complete performance of the competition ahead of the final, so that’s a good sign but Birmingham have been playing some really good cricket so I’m sure it’ll be a bit tougher than tonight.”

You know it – it’s the climax of the whole competition! Everything will be on the line at 6pm on Saturday when Brave take on the might of Birmingham Phoenix for the right to be crowned the first men’s champions of The Hundred. It’s history in the making, right here. It could be a double triumph for Brave as from 2.30pm their women’s team face Oval Invincibles in the climax of the women’s competition. Let’s hope the weather plays ball!

Watch The Hundred Finals live on Sky Sports from 2.30pm on Saturday.