WHEN you're competing, sometimes you CAN take your eye off the ball… literally.

These sports stars suffered embarrassing wardrobe malfunctions, while in action on the field, court, and even the pool.

They join the most recent exposed athlete – Australian rugby league ace Billy Burns, when his penis fell out of his shorts on live TV playing for Penrith Panthers. 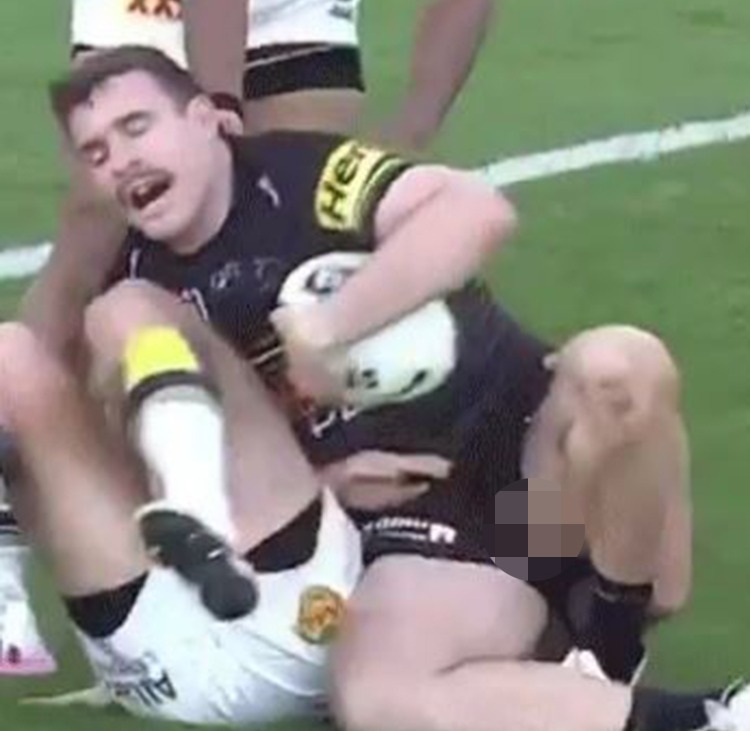 The tennis legend has caused controversy through the years with her revealing outfits.

But it wasn't that scintillating performance that drew all the attention.

It was her lacy black and red outfit with skin-coloured cycling shorts underneath that left little to the imagination.

Still, Venus didn't give a hoot.

"Lace has never been done before in tennis, and I've been wanting to do it for a long time," she said after the game. 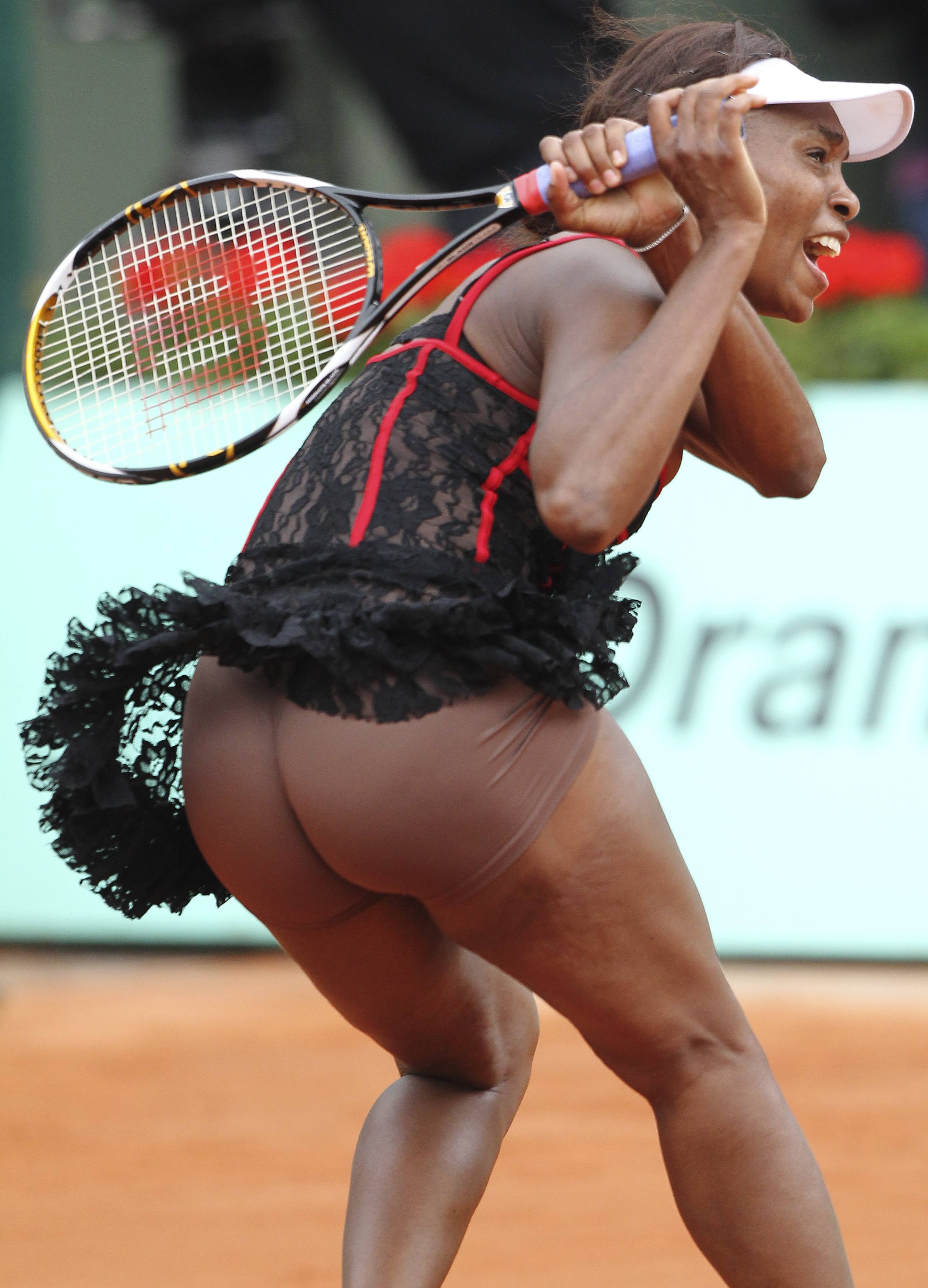 With all the fast-paced grappling that goes on in the WWE, it's amazing this doesn't happen more.

Bryan was competing in an Elimination Bout against Drew Gulak, when he was left wide open.

Bryan's tights were yanked up, along with his Speedos, while he was up against the ropes.

Out popped his testicles, giving viewers more than they'd bargained for. 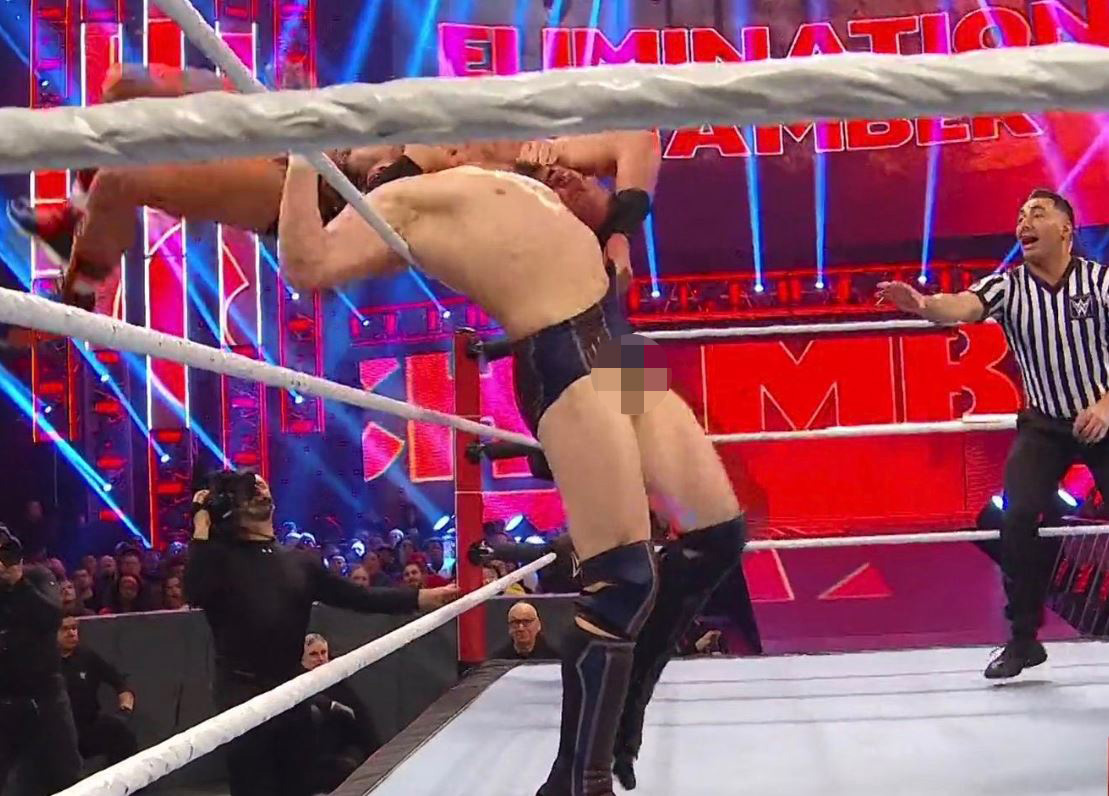 In 2018, Huddersfield Town took on Bournemouth in a crunch Premier League clash.

TV cameras panned towards manager David Wagner to capture the tension among his players.

What they did get was an unnamed Town player adjusting his shorts and accidentally flashing his penis behind Wagner.

Needless to say, but Huddersfield weren't caught with their trousers down in the final moments and hung on for the win. 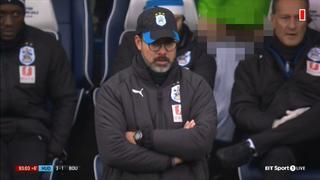 Colombian cycling isn't something that would be on everybody's radar.

The six ladies wore a uniform that had a wide, flesh-toned panel that extended from mid torso to the upper thighs – meaning they looked exposed.

It caused uproar, and former president of the Union Cycliste Internationale Brian Cookson was outraged.

He tweeted: "To the many who have raised the issue of a certain women's team kit, we are on the case. It is unacceptable by any standard of decency."

Tottenham's Jan Vertonghen took man marking to another level with this move in a Premier League game in 2013.

When former Aston Villa striker Nicklas Helenius got the better of him, the defender grabbed his opponent by the shorts.

Obviously, being a loose fit, they came straight down and ended up round his ankles.

Lucky for Helenius, his underwear saved him from exposing himself further.

It was a close shave, either way. 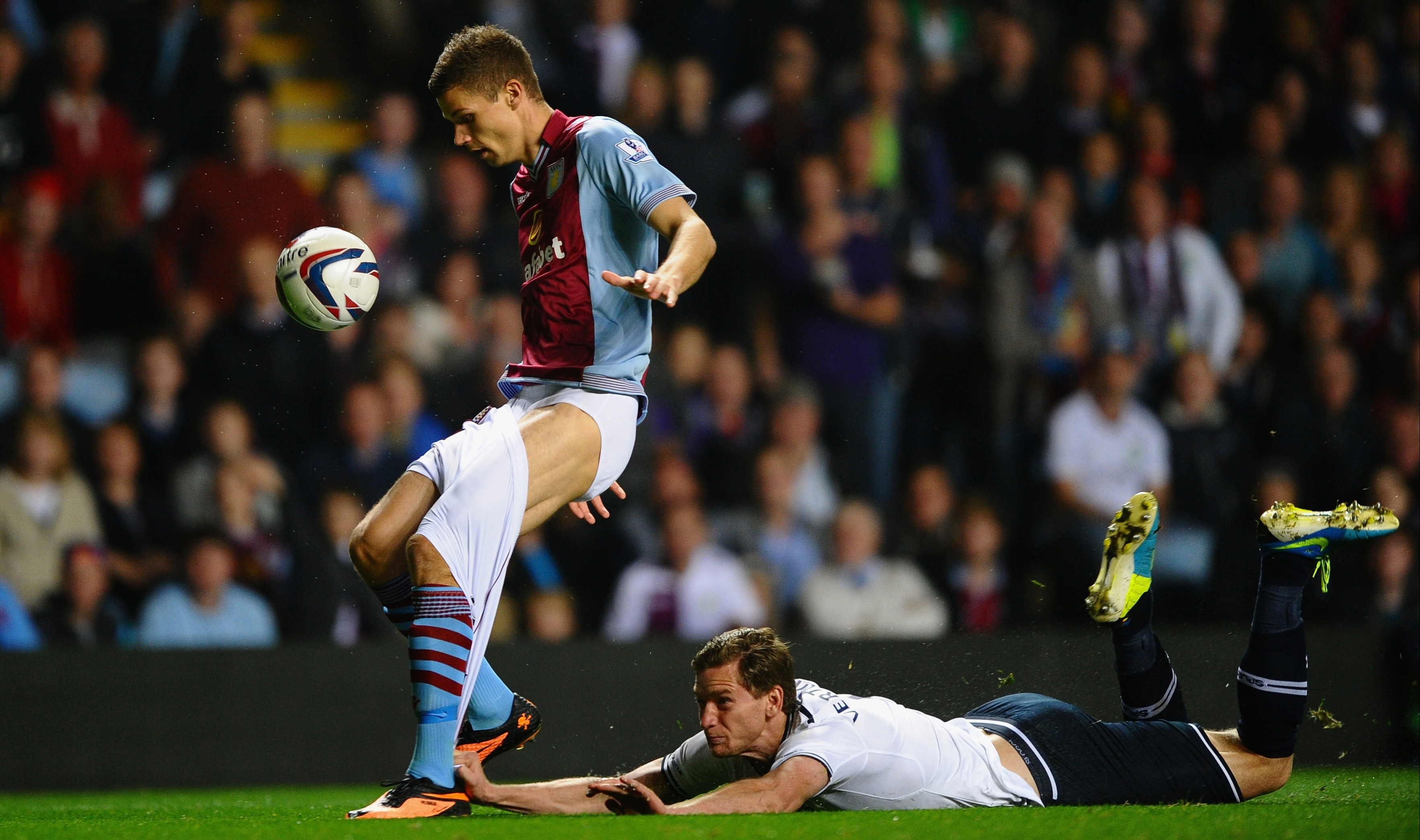 With their ripped physiques and tight swimsuits, it's a matter of time before there's a rip.

And that happened to US swimmer and Beijing relay gold medalist Ricky Berens during a qualifying heat of the 4x100m relay freestyle at the World Swimming Championships in Rome.

“I kind of freaked out for just a second,” Berens said.

“I felt like [the hole] was almost down to my knees. I felt like I was putting on a pretty good show.” 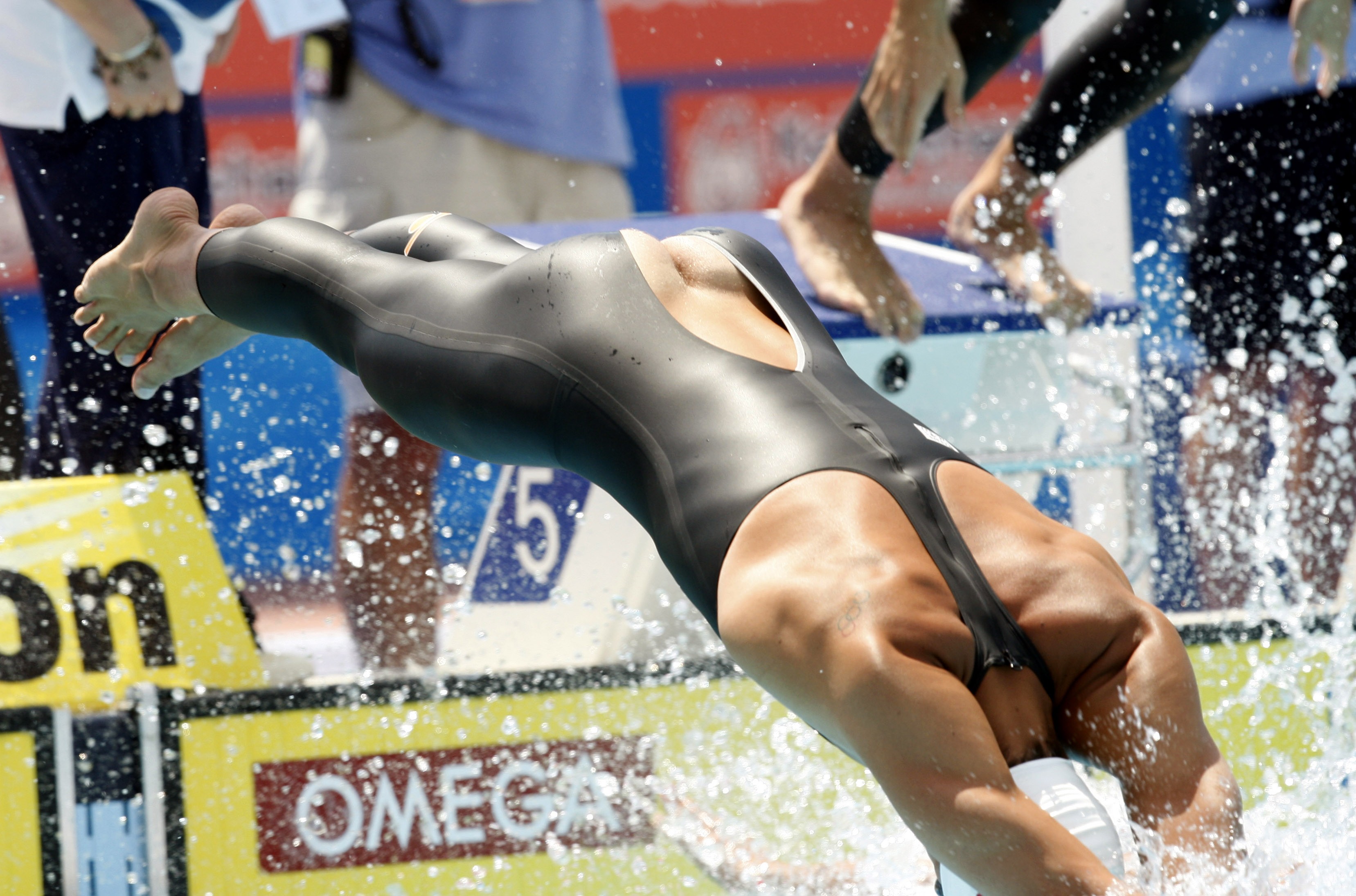 Dancer Georgia Lear flashed her rear end to 1.5billion viewers ducking under a towel at the very second a camera zoomed in on her.

But on social media, she saw the funny side.

"I hope you all had a CRACKing good time watching the ceremony. Don’t forget the camera adds 5kgs… yes it was me!!!!" 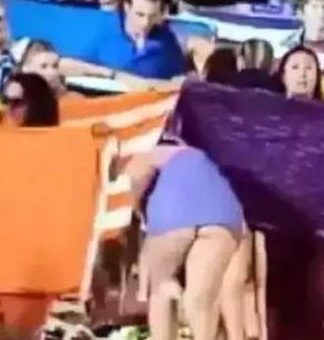 This is a real bum note.

Jockey Blake Shinn was riding atop Miss Royale as the race was heading towards the final stages.

But as the Australian headed down the home straight at Canterbury Racecourse in 2015 disaster struck.

Shinn's trousers dropped revealing his backside, but at least he saw the funny side of it.

He said: "I usually come here and stay focused in search of winners.

"I was more worried about winning the race. They [trousers] went just after the start and there was nothing I could do." 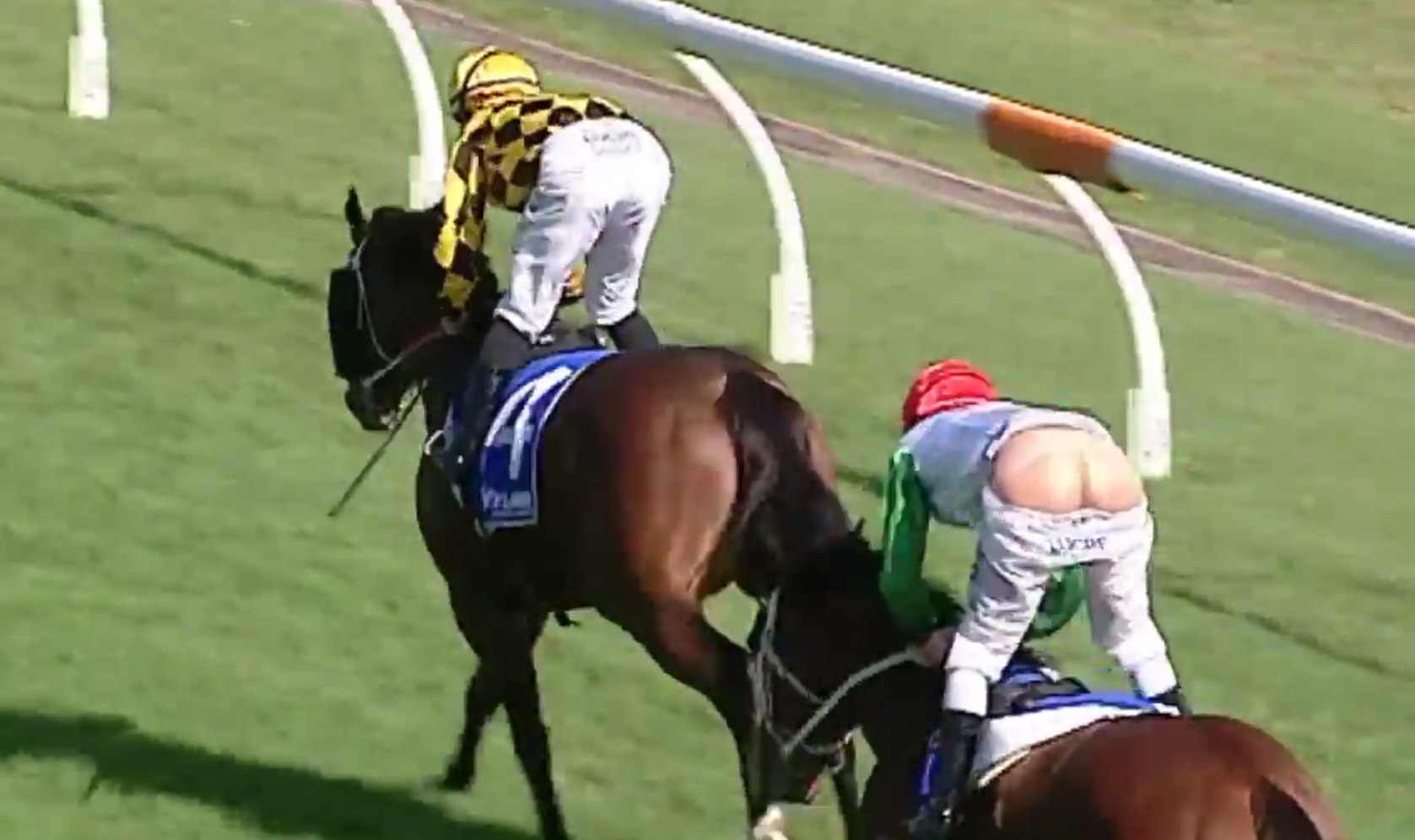 Photoshoots can be tricky, even if you're a seasoned pro like surfer Gilmore.

The seven-time World Champion got more than she bargained for riding some waves during a shoot with Vogue magazine at Sydney's Bondi Beach in 2014.

As she showed off her skills, her one piece slipped down – almost revealing more than she would've intended.

Gilmore laughed off the incident, as she pulled her suit back above her bust.

At the 2018 Winter Olympics, viewers were shocked when French ice skater Papadakis exposed her breast to millions of viewers around the world.

Papadakis desperately tried to cover up and eventually managed to clip her top back together, but it was no use.

Incredibly though, she and partner Guillaume Cizeron recorded a score of 81.93.

All in a day's work. 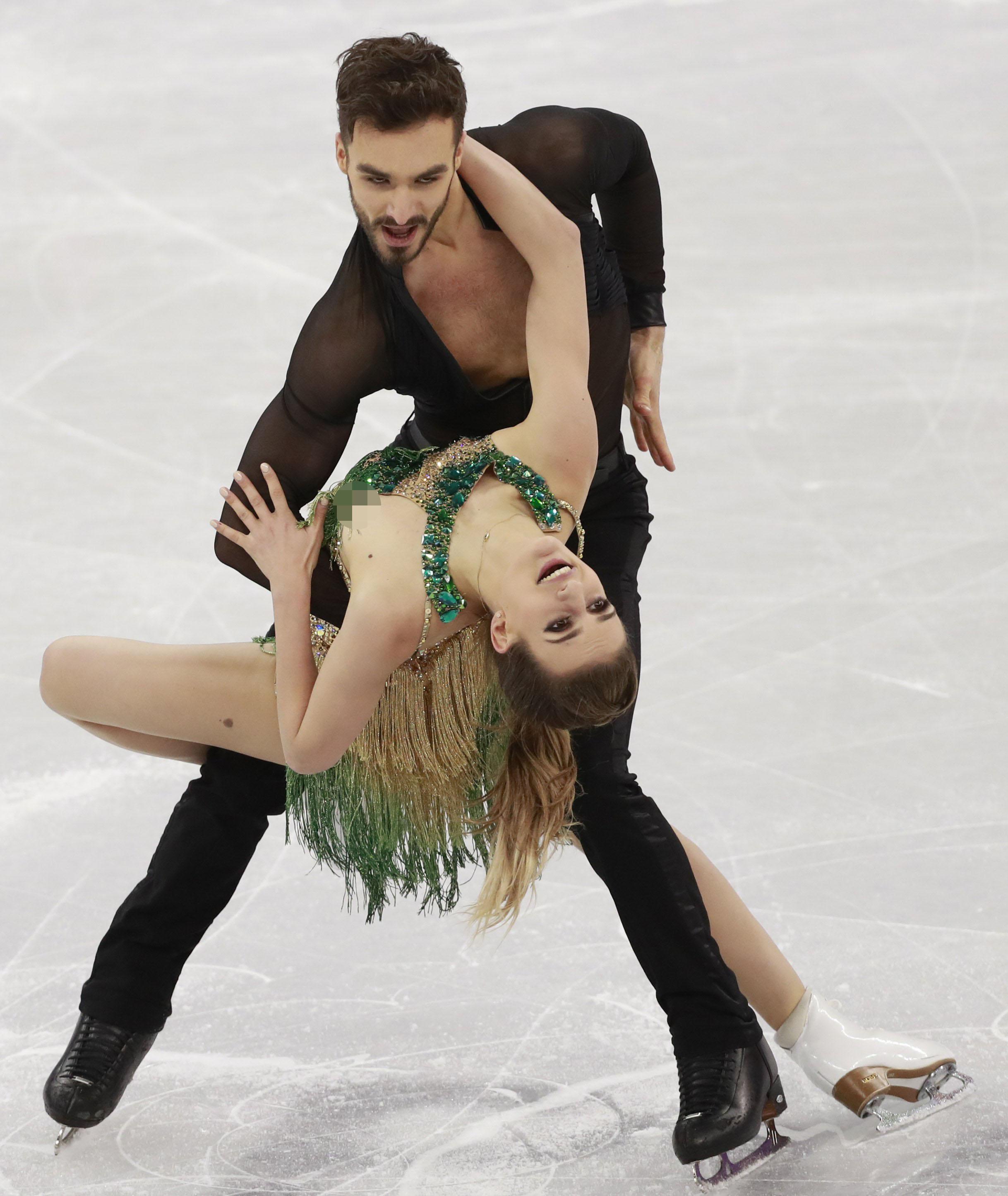 In 2016, American Football hopeful Jones competed in the famous NFL trail that is aired to millions.

What he didn't bank on was his shorts malfunctioning while he was showing off his speed in the 40-metre dash.

As he ran, out popped his private parts.

Jones desperately dived to the ground as soon as he had crossed the line and attempted to spare his blushes, but it was too late. 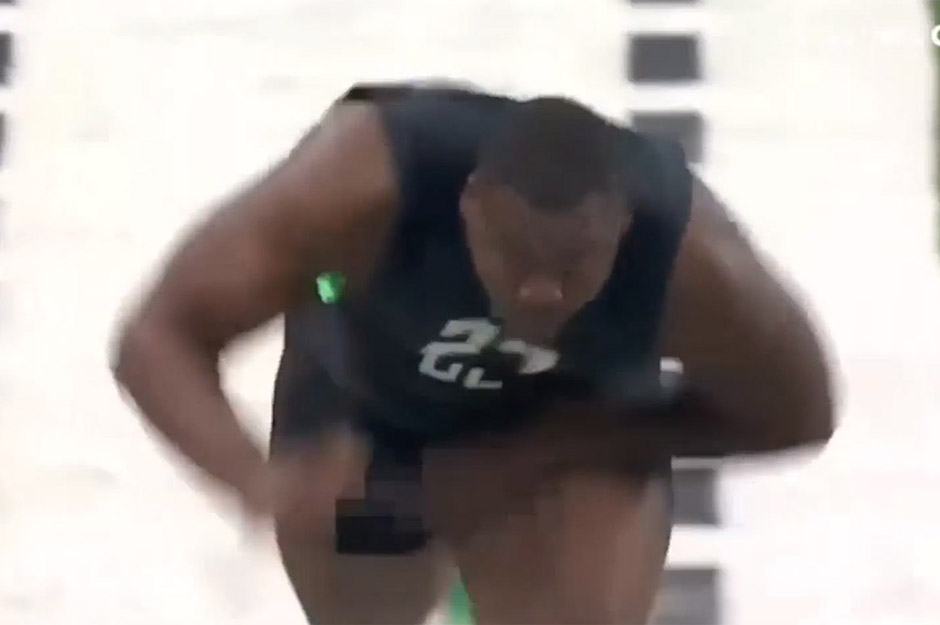 Look, it can happen.

You're focused on your race, you're running at pace, and it's the last thing you could imagine happening.

But marathon runner Jozef Urban suffered the embarrassing mishap of his penis slipping out his shorts as he competed in the Kosice Peace Marathon in Slovakia.

Worse still, it happened near the finishing line where scores of fans were cheering him (and his chap) on.

Still, he shaved off 27 seconds off his personal best and finished in 10th place. 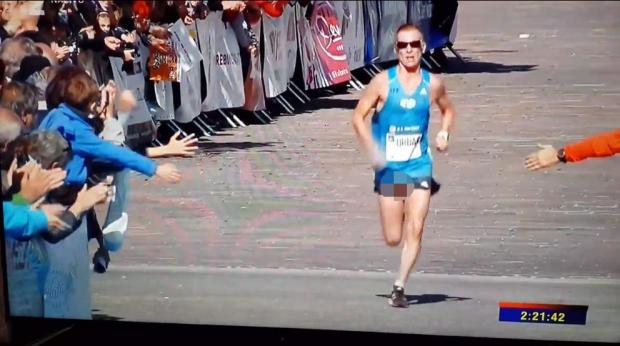