There’s no bubble for the postseason, and players don’t have to get vaccinated. Some players have lingering effects from infections. The league acknowledged that it is “worried” others will get sick, too. 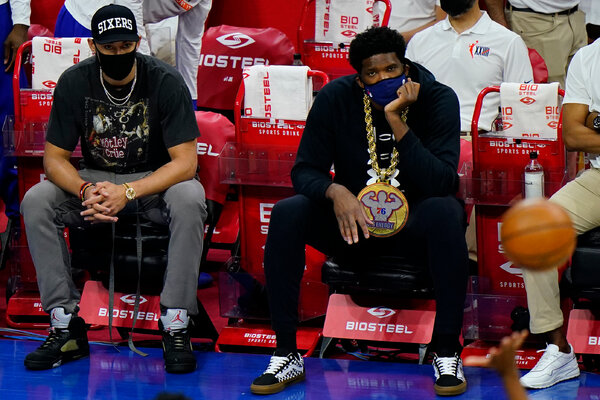 The N.B.A. planned for each of its 30 teams to play 72 games across 145 days this season, its 75th. Despite a rash of postponements and injuries to big-name stars, all 1,080 games were played in the throes of the coronavirus pandemic.

No one in the league office is celebrating yet.

“We knew it was going to be a challenge to get through all of the games in a way that we thought kept people safe, and we’re really happy to have done that,” said David Weiss, the N.B.A.’s senior vice president of player matters. “At the same time, the virus keeps changing, so what we have to do keeps changing.”

“No one knows everything about Covid,” Weiss added, “and so we’re always willing to revisit what we do.”

With the playoffs underway, here are answers to some of the questions about where things stand with the N.B.A.’s health and safety rules related to the coronavirus.

How did the season go without a bubble?

League officials have maintained all season that they did not plan to return to a restricted-access bubble environment, like the one engineered last summer at Walt Disney World near Orlando, Fla. Numerous players said the isolation was harmful to their mental health, and Commissioner Adam Silver said in May 2020 that playing games without fans for an entire season could lower revenue by as much as 40 percent.

Without the bubble, and with limited or no fans in arenas, 31 games were postponed in December, January and February when teams could not meet the minimum requirement of eight players in uniform because of positive tests or contact tracing, as well as injuries. The league hadn’t postponed more than four games in one season over the past 20 years.

After getting through March, April and May with no postponements, more than half of the 16 teams in the playoffs are expected to have crowds of at least 10,000 in the first round, including the Knicks and the Nets.