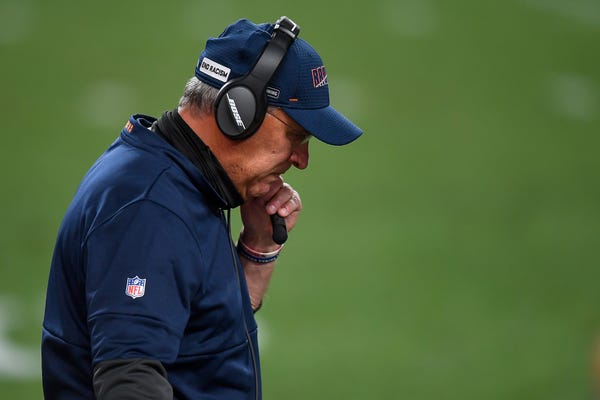 The NFL has fined the head coaches of the Seattle Seahawks, the Denver Broncos, and the San Francisco 49ers for not wearing masks during their team's games on Sunday.

The punishments come less than a week after the league sent a memo to teams reinforcing its requirement for coaches to wear face coverings at all times on the sidelines during games, threatening disciplinary action against those who don't comply.

Fines for a number of other coaches are expected to follow, reports ESPN, with New England Patriots coach Bill Belichick, Jon Gruden of the Las Vegas Raiders, and Sean Payton of the New Orleans Saints all having broken the rules over the weekend.

Gruden wore his mask around his chin, while Payton consistently rolled down his neck gaiter.

"I'm doing my best," Gruden said after the Raiders' 34-24 win over the Saints on Monday, according to ESPN. "I've had the virus. I'm doing my best. I'm very sensitive about it.

He added: "I'm calling plays. I just wanna communicate in these situations, and if I get fined, I'll have to pay the fine, but I'm very sensitive about that and I apologize."