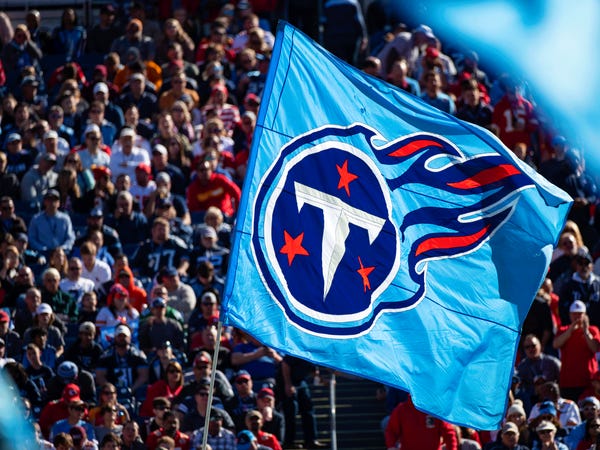 After three successful weeks of playing through a pandemic, the NFL is now handling its first mid-season outbreak of COVID-19.

On Tuesday, Tom Pelissero of NFL Network reported that the Tennessee Titans had three new players, and five new personnel members test positive for COVID-19. Both the Titans and the Vikings, who hosted Tennessee on Sunday, have suspended in-person team operations.

According to ESPN's Dianna Russini, a league source told her, "We are shutting Tennessee down until Saturday," meaning that Titans players and coaches will go without in-person practice this week.

The outbreak presents the NFL with its first true test of the pandemic season, and for the first time, potentially puts the league at risk of losing a game, as the Titans are scheduled to play the Steelers on Sunday.

Without a week of practice to prepare, the Titans will be at a severe disadvantage if Sunday's game goes on as scheduled. And if the league opts to cancel or postpone the game, the NFL then has to figure out how to compensate the teams involved.

In a statement, the Titans were light on details, noting that the team was working to confirm the positive tests and would have more information on Wednesday.

"Out of the abundance of caution, the organization has decided to work remotely today as we follow NFL protocols related to the COVID-19 virus," the statement read. "Several tests have come back positive and are working through the process of confirming them. We will have more information tomorrow."

The odds of getting through a full season without a single case of COVID-19 were never in the NFL's favor, but the league had hoped that through regular testing, contact tracing, and other proactive measures, teams would be able to contain outbreaks should they occur.

As we saw in the MLB, a few cases of COVID-19 can quickly spread through a team's locker room, as the Marlins, Phillies, and Cardinals all went through outbreaks that left them quarantining mid-season and then scrambling to make up games before the end of the year.

Given the week-to-week schedule logistics of the NFL season, making up lost games is a bit more challenging — the Titans can't just play a double-header in Week 10. That said, pushing things back until there's a free week may be a better option for the NFL than either sending out an unpracticed Titans team to play on Sunday or canceling the game outright.

The NFL knew this was a risk of playing through a pandemic, and its response over the next few days could make or break the 2020 season.