MMA fans were left disgusted after a female fighter was battered by a male opponent during an inter-gender fight in Poland.

One viewer described the scene as 'horrific' as the ref was forced to stop the bout. 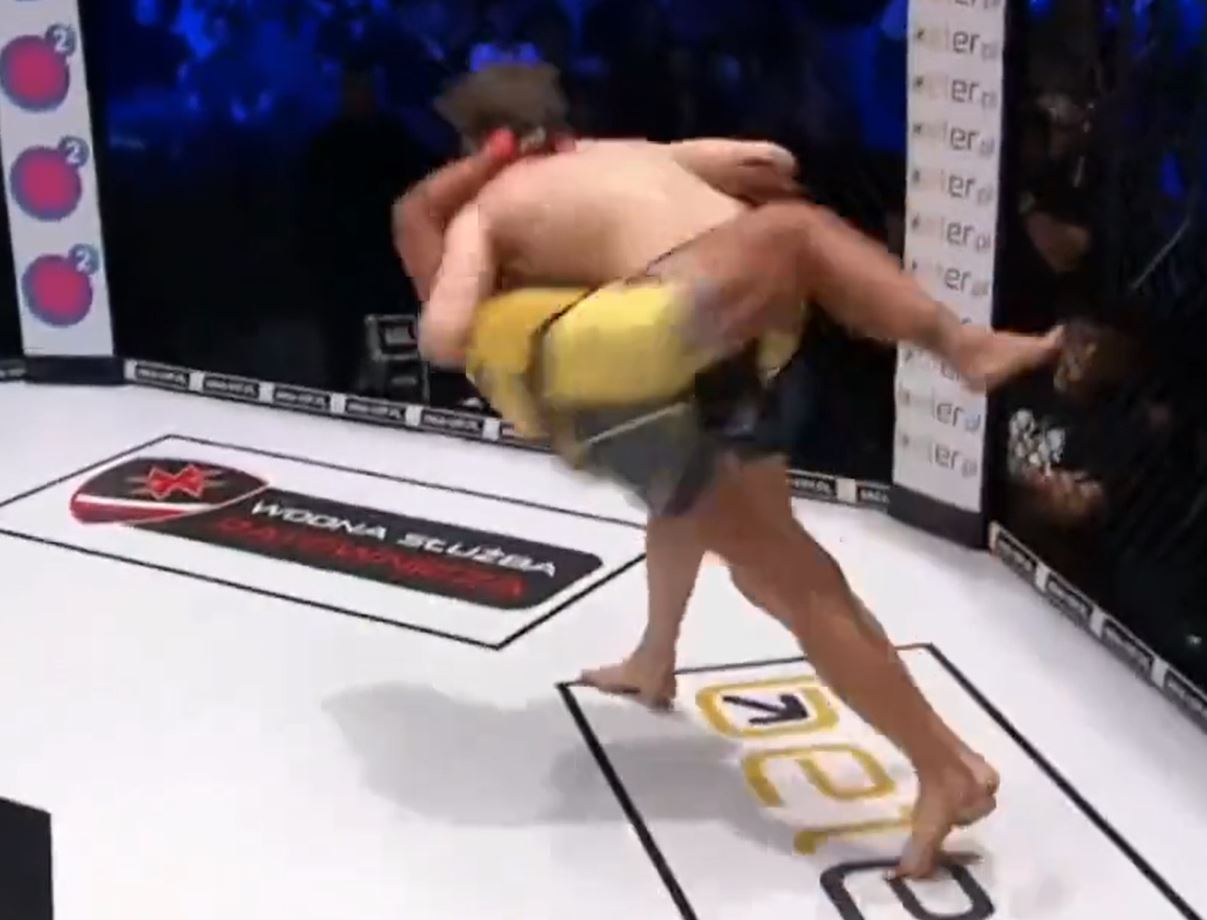 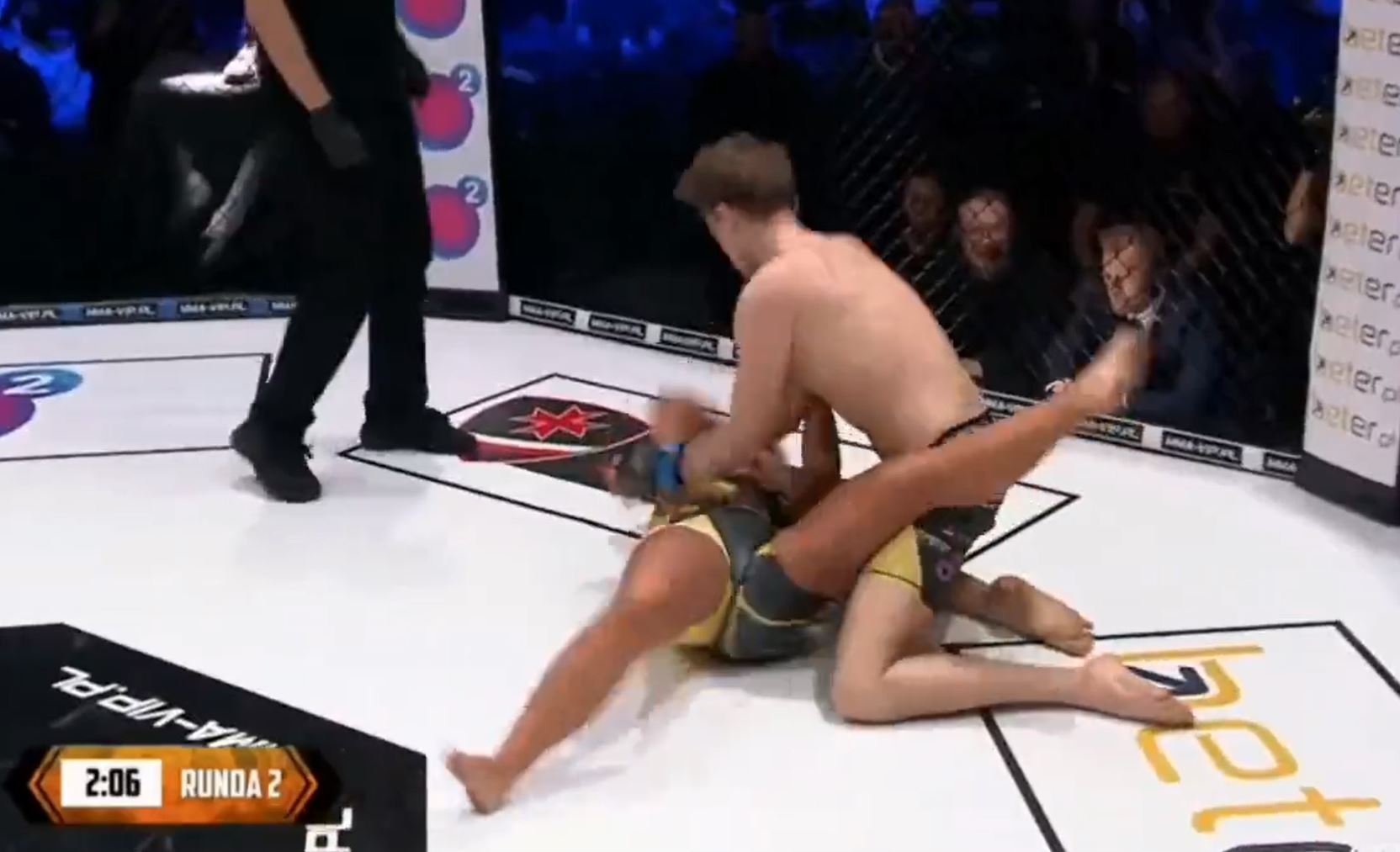 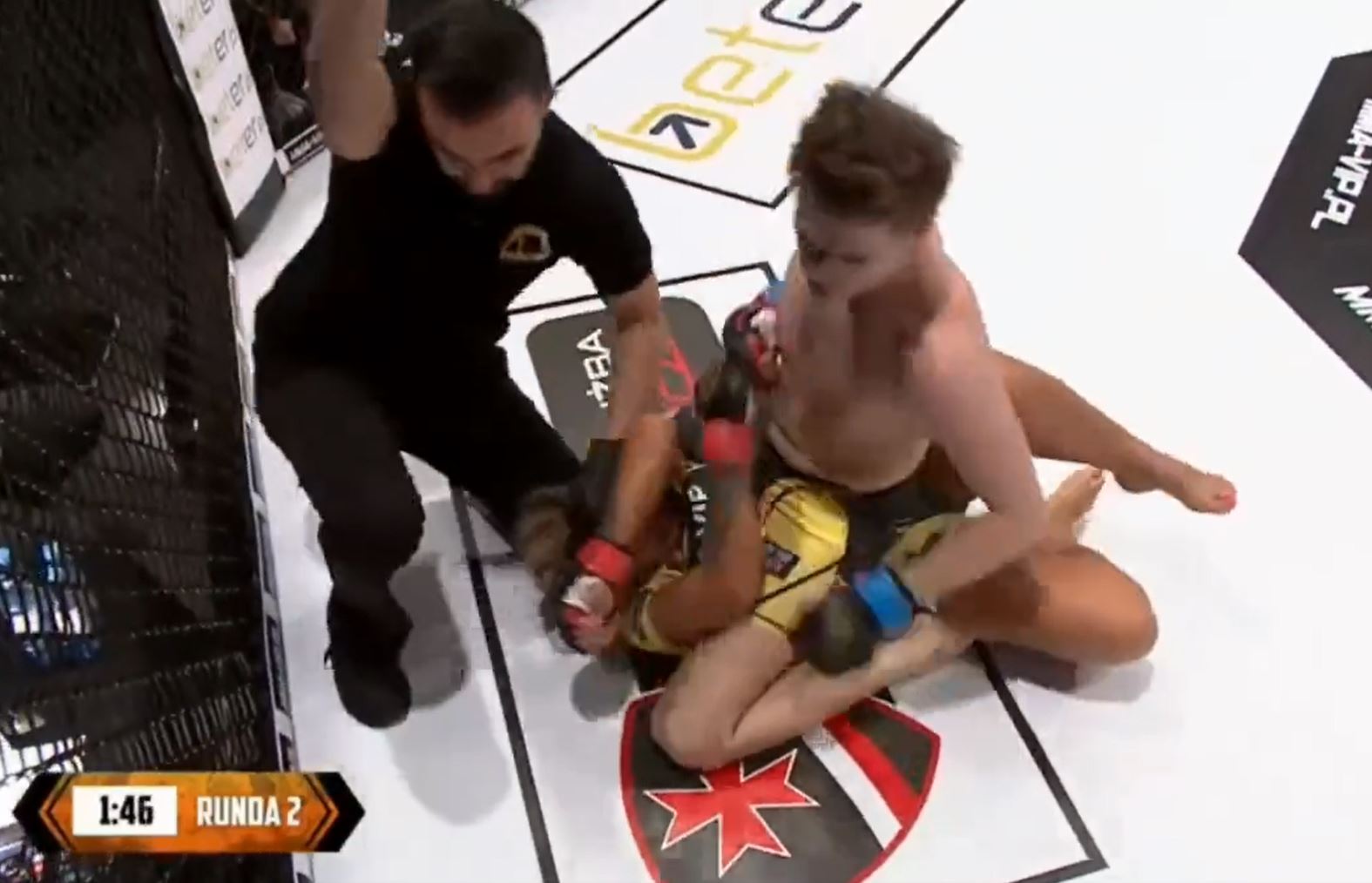 Ula Siekacz is an arm wrestler and fitness instructor who regularly shows off her bulging biceps online.

But they were not enough to defend her against Piotrek Muaboy – who describes himself as '185cm of pure sex'.

A video emerged online of the show held at a hotel in the Polish city ofCzestochowa.

In it, the pair can be seen trading fairly tame blows before Muaboy lands a couple of solid blows to Siekacz's face.

After composing herself, she goes for a takedown but it all goes horribly wrong.

Muaboy manages to turn her and flip Siekacz onto her back.

She attempts to wriggle out of his hold and throws several punches which connect with Muaboy's head.

But he manages to shrug them off and mount her before raining punches in.

With Siekacz pinned down and unable to defend herself, the ref quickly runs over to call a halt to proceedings.

After the video emerged online, MMA fans rushed to condemn the spectacle.

One slammed: "How is this sanctioned? This is horrific."

Another added: "F*** everyone who took part in this. And f*** you for posting [highlights of] it."

Mister B chipped in with: "What in the unrivalled f*** is this?!"

Martin wrote: "This is absurd."

And another said: "This is not MMA."

That was not the only man vs woman fight on the night with the 'Polish Ken Doll' Michal Przybylowicz beating Wiktoria Domżalska in a separate bout.