Muller was suspended for two matches by Uefa last month for his red card in the final group game with Ajax. 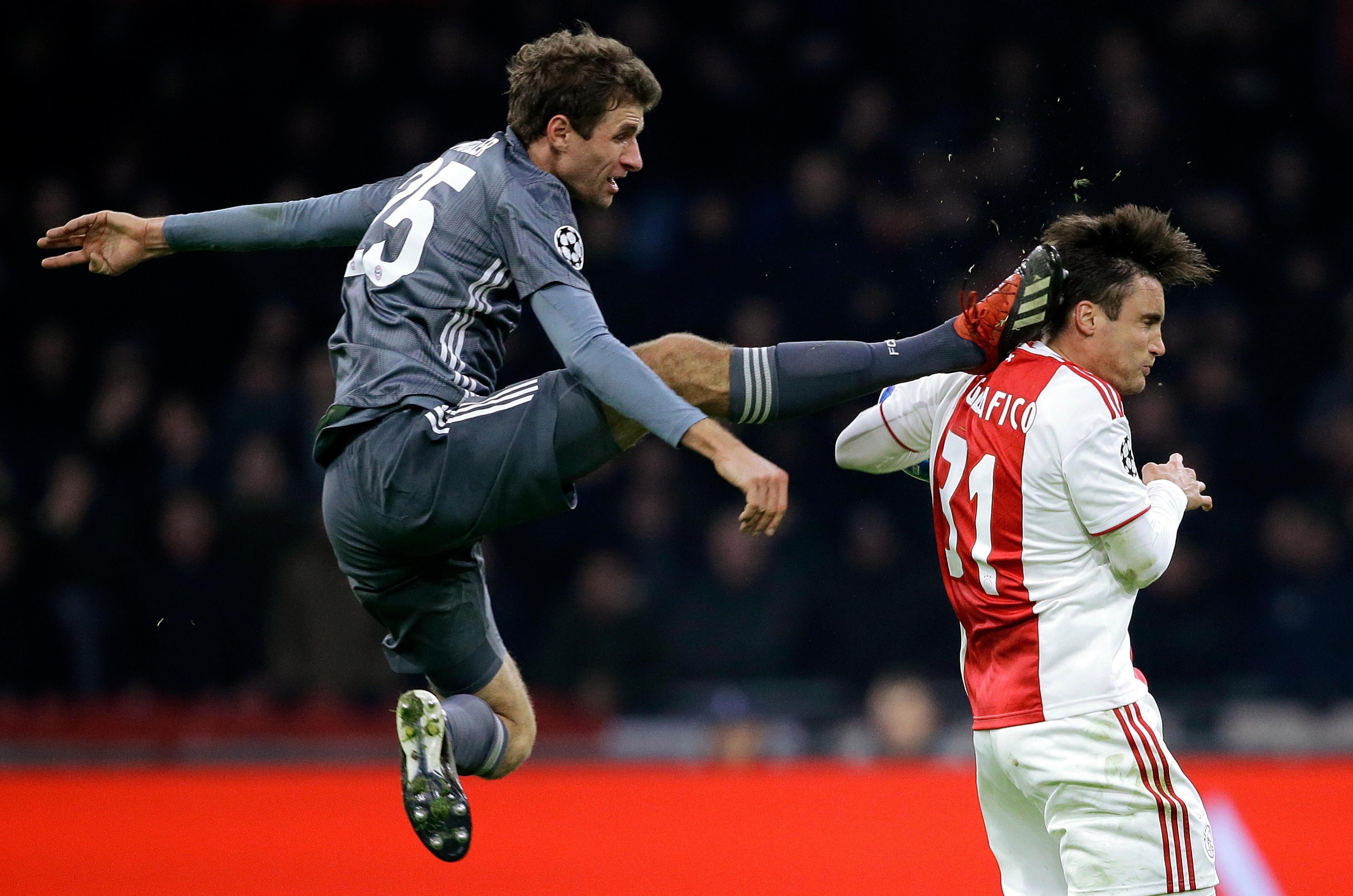 The 2014 World Cup winner was dismissed for a flying karate kick into Ajax defender Nicola Tagliafico's head during the game in the Allianz Arena.

Uefa regulations mean Muller had to serve an automatic one game ban but he attempted to make that the punishment in an appeal to Uefa which was backed by Bayern.

But disciplinary beaks backed their original call and it means Liverpool will face Muller-less Bayern in both legs of the last 16 tie.

Bayern have had a difficult league campaign so far, falling to third in the table after losing 3-1 to Bayer Leverkusen this past weekend. 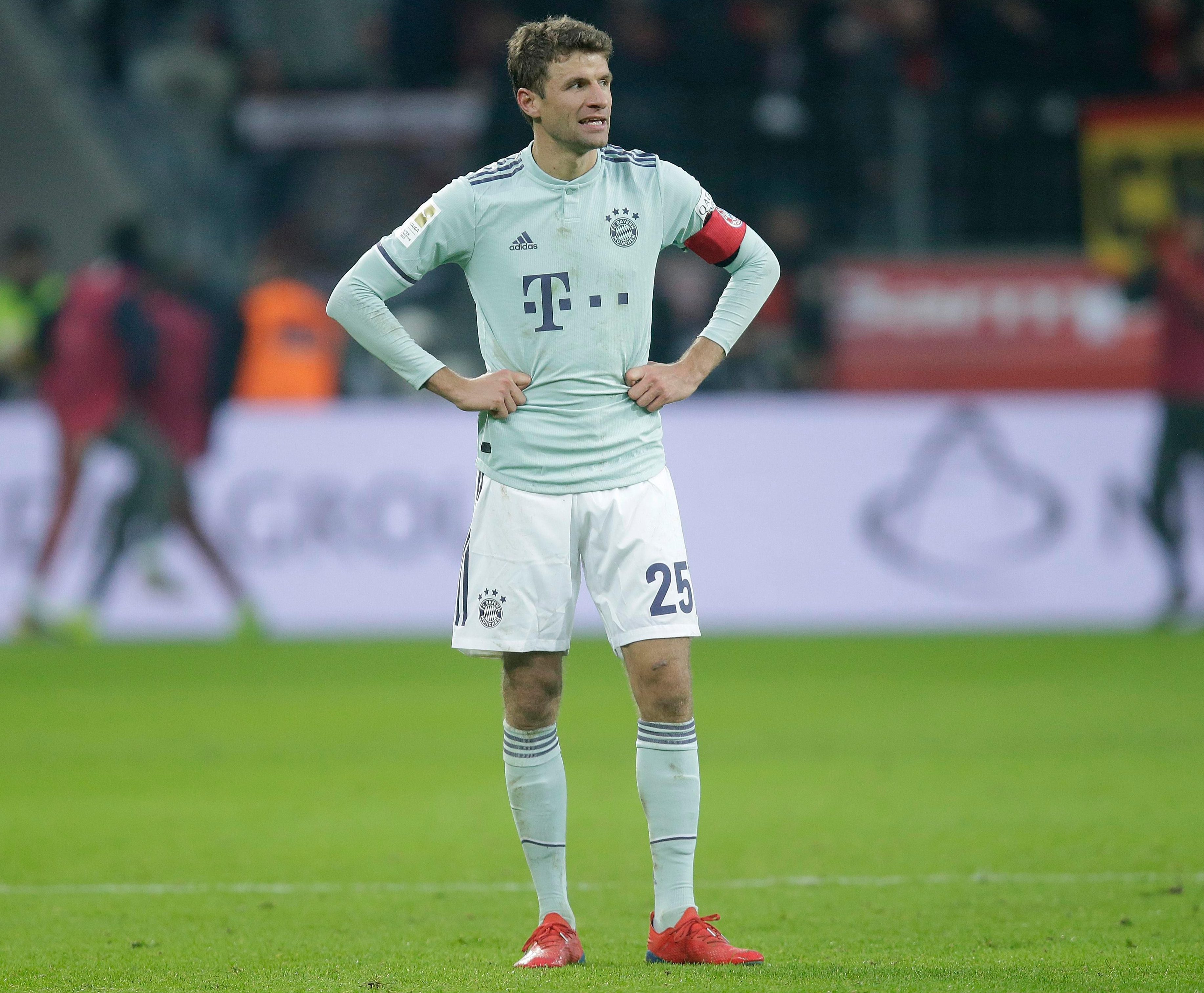 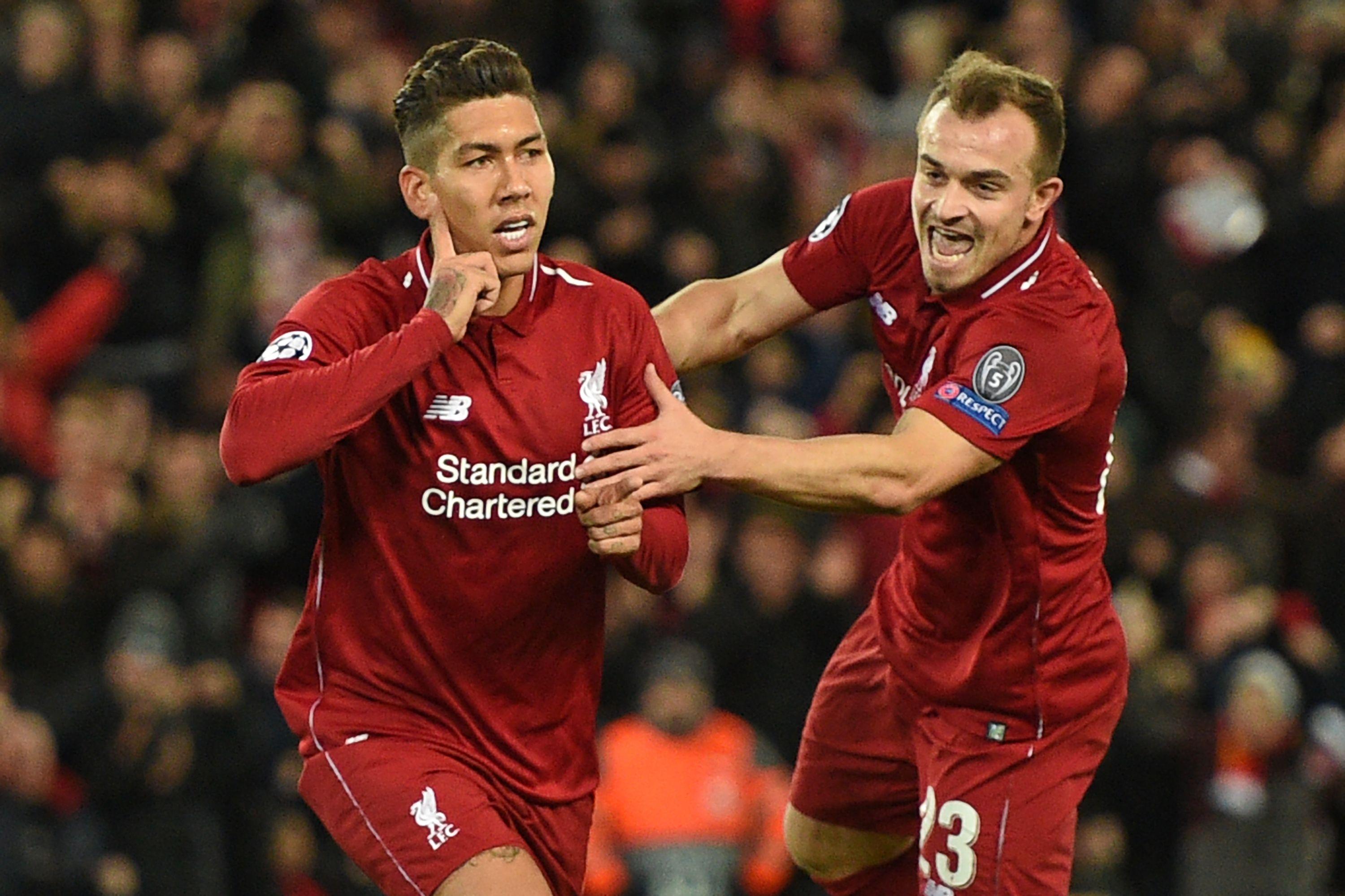 So how will Bayern fare without the frontman in the side?

Stats show that Bayern are almost guaranteed victory when Muller scores or assists, winning 92 per cent of the games which he has done so and only 59 cent when he has not.

In his 29 appearances last season, the German scored eight goals and set up 14 more and Bayern scored 2.76 goals per match when Muller was on the pitch vs 1.76 when he was not.

This season however, in 17 appearances he has managed just four goals and five assists and Bayern's league form has suffered.

The German champions will miss the 2014 World Cup winner's experience when they take on last year's Champions League finalists.

But based on Muller's form this season, his absence could actually work against Liverpool as they bid to reach the quarter-finals.

Meanwhile, Liverpool will be without defender Joe Gomez who had leg surgery today.