The popular Portuguese boss is leaving the club after their Premier League match against Manchester United and many supporters visited the ground to thank him for his service. 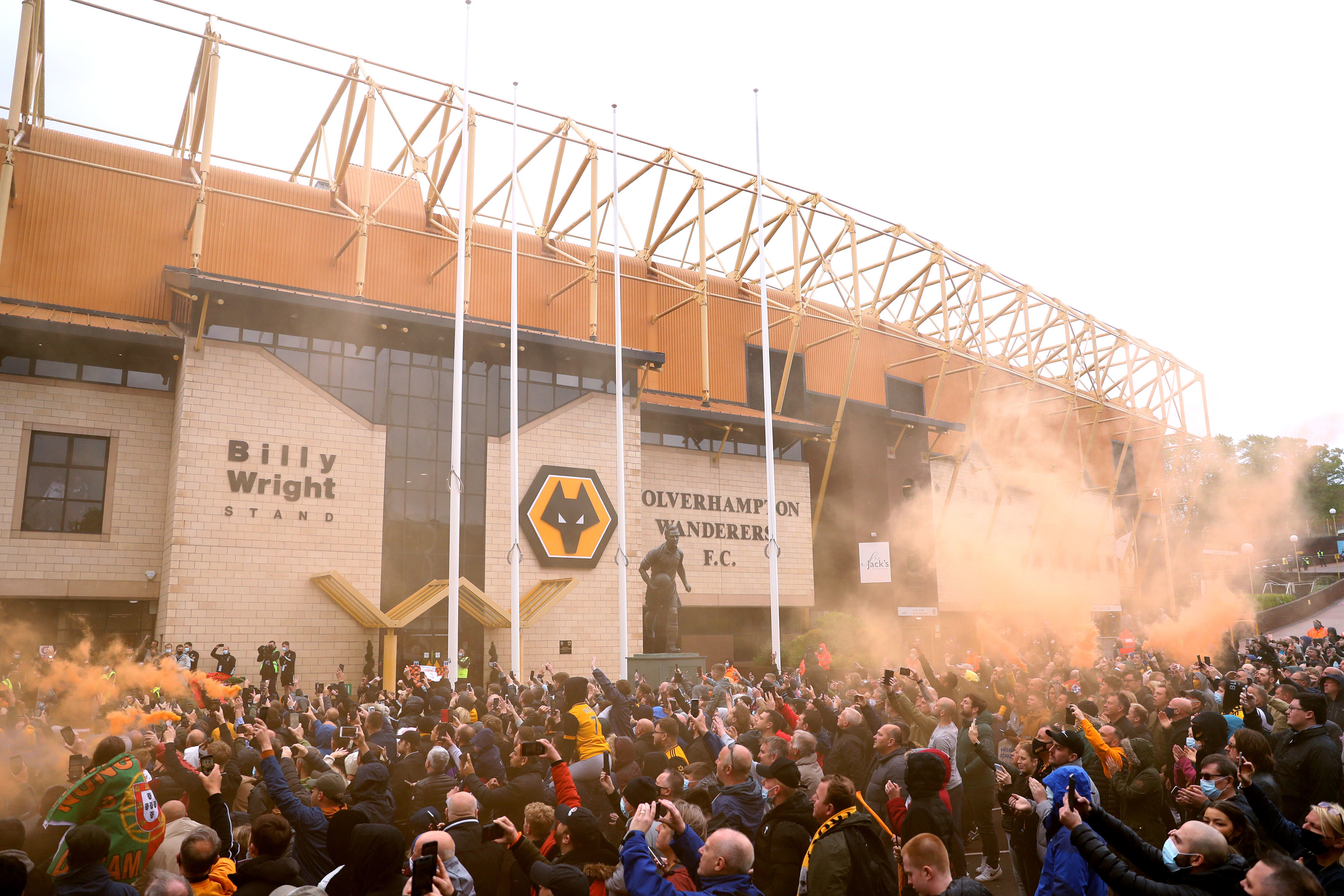 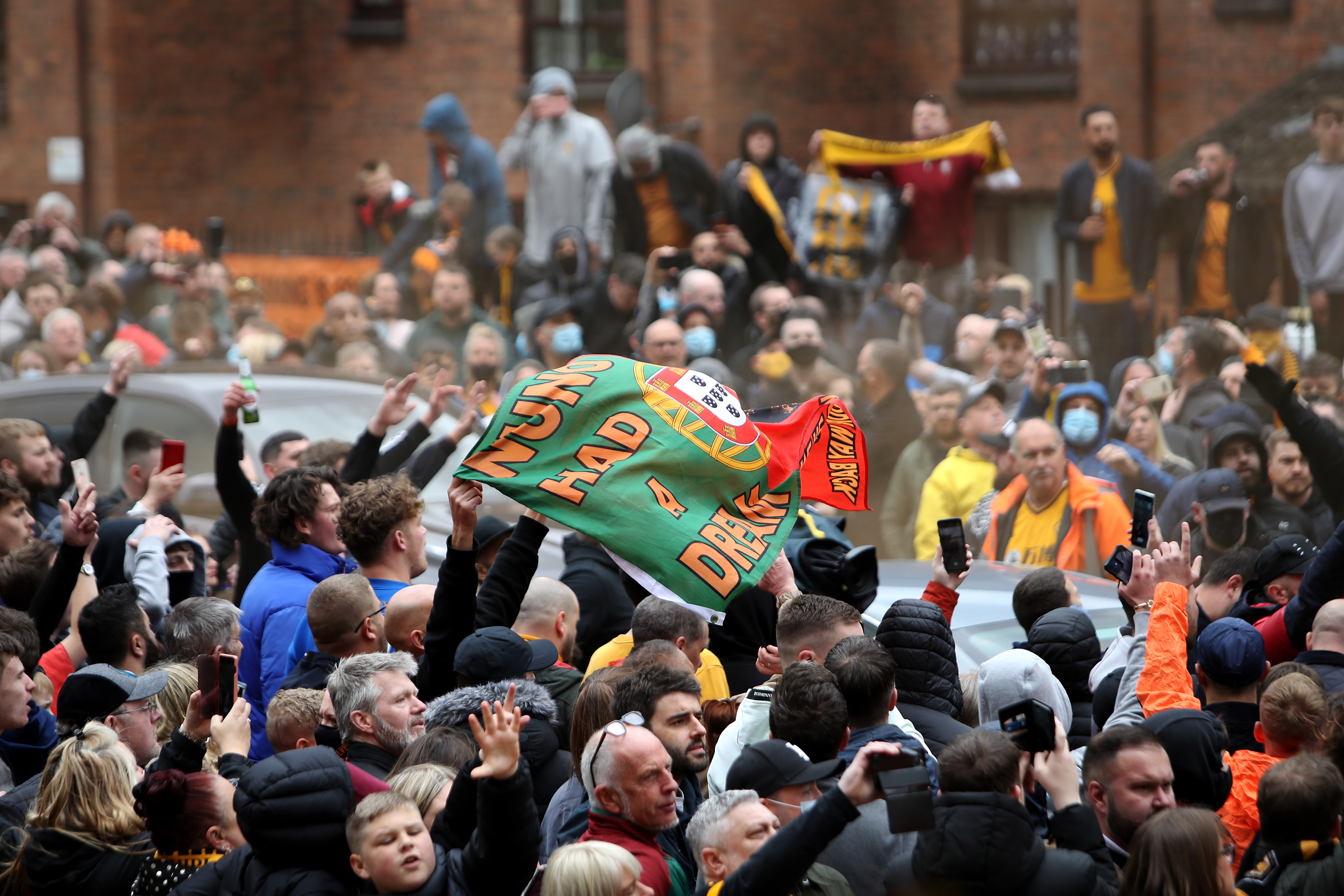 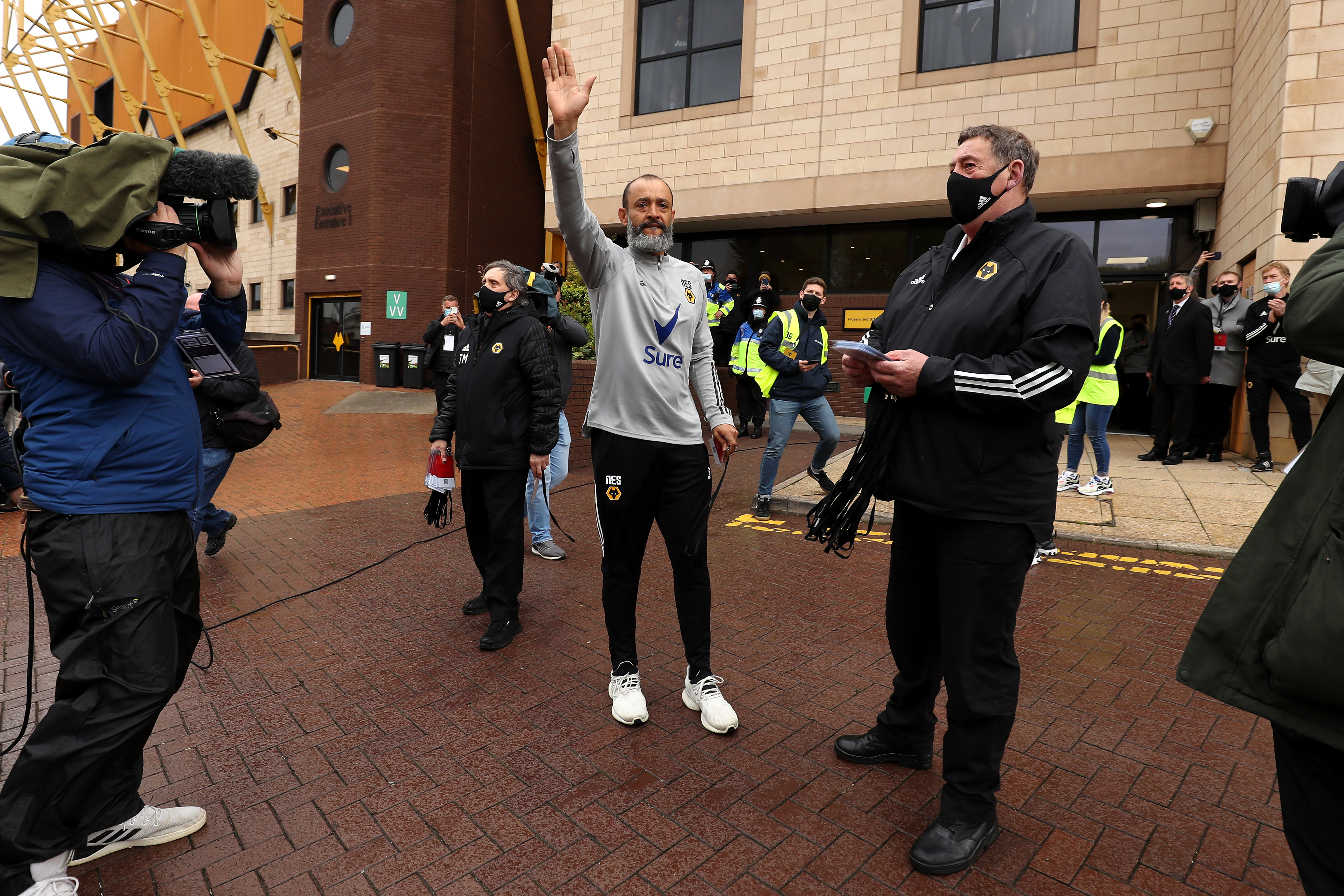 As Wolves' team bus arrived at Molineux, fans waited outside the ground to get one last glimpse of their beloved manager.

With coronavirus restrictions limiting today's crowd to around 4,500, some are unlikely to have had a ticket for the club's final Premier League game of the season.

But they were eager to show their appreciation of the job Nuno has done for the West Midlands side.

The 47-year-old guided Wolves to the Championship title in his first season in charge before achieving a seventh-place finish in the Prem.

He then repeated the feat in his third campaign at Molineux and took the team to the quarter-finals of the Europa League.

Fans were heard chanting 'Nuno Santo, we want you to stay' and 'Nuno, Nuno, Nuno'. 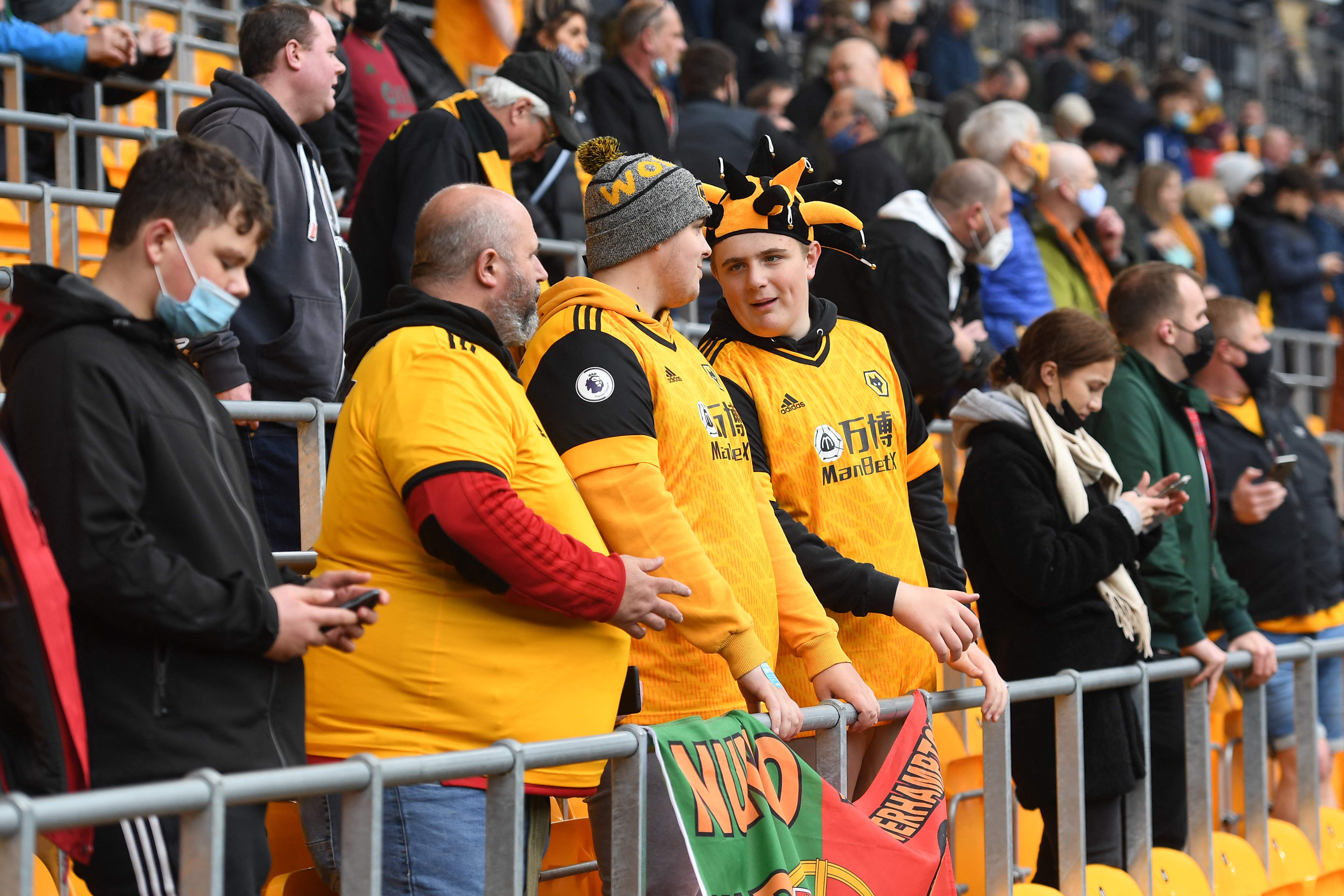 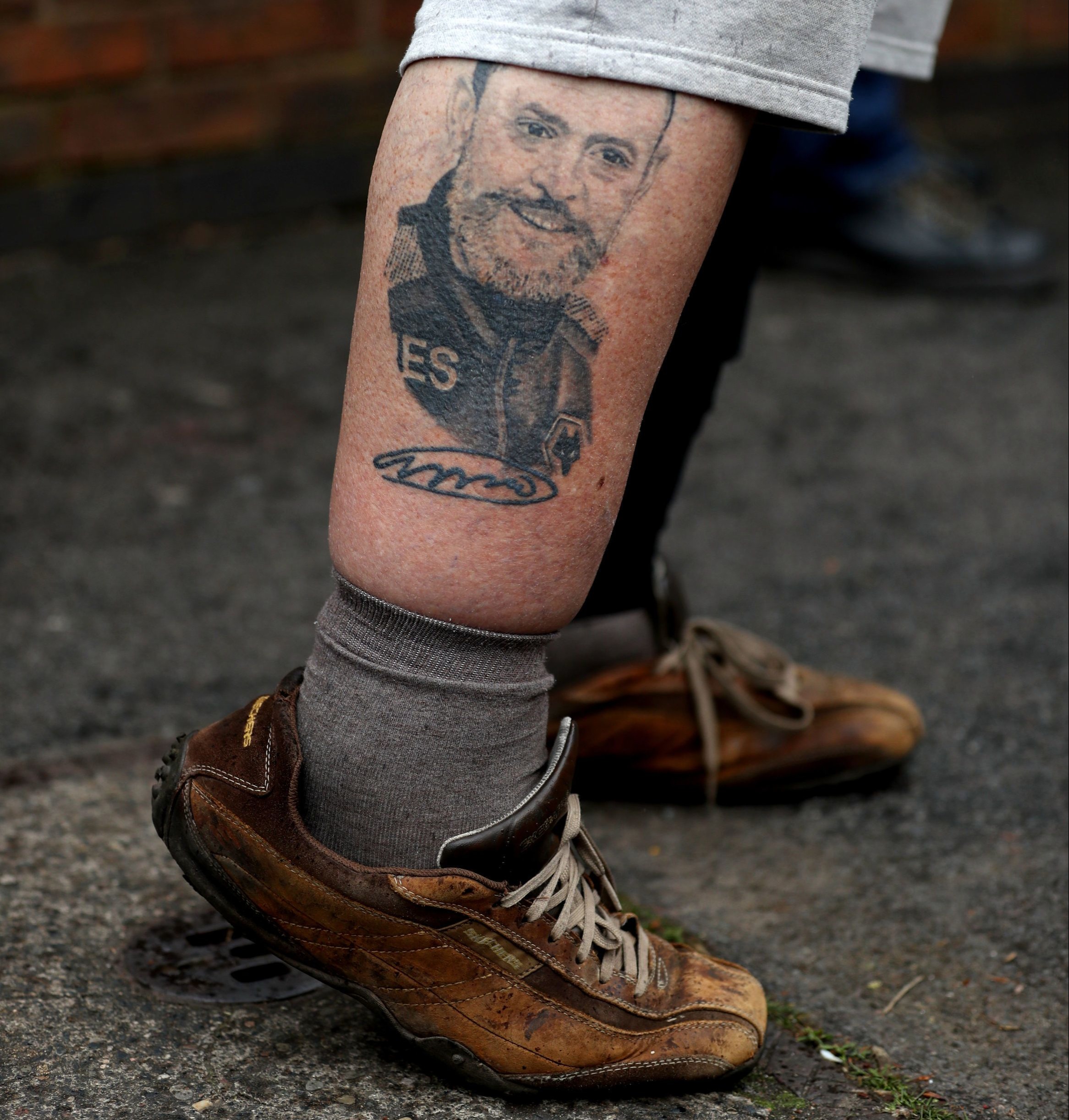 The ex-Porto boss was also cheered as he made his way into the stadium and cries of 'we love you Nuno' were heard.

Nuno's departure caps a tricky season for Wolves, who will finish between 12th and 15th after today's final round of Premier League fixtures.

Very few fans were calling for his head and many would love him to stay at Molineux.

The coach's exit – by 'mutual consent' – has seen him become the bookies favourite for the Tottenham job.

Spurs are yet to confirm a new manager and few candidates are currently in the frame.

Wolves have not announced Nuno's replacement either, with ex-Benfica boss Bruno Laga leading the bookies' race ahead of departing Roma manager Paulo Fonseca.