CHASING the quadruple really is kids stuff for Manchester City boss Pep Guardiola.
These three lucky youngsters got to "sit next to" the former Barcelona chief as he answered questions on his team's quest for four trophies. 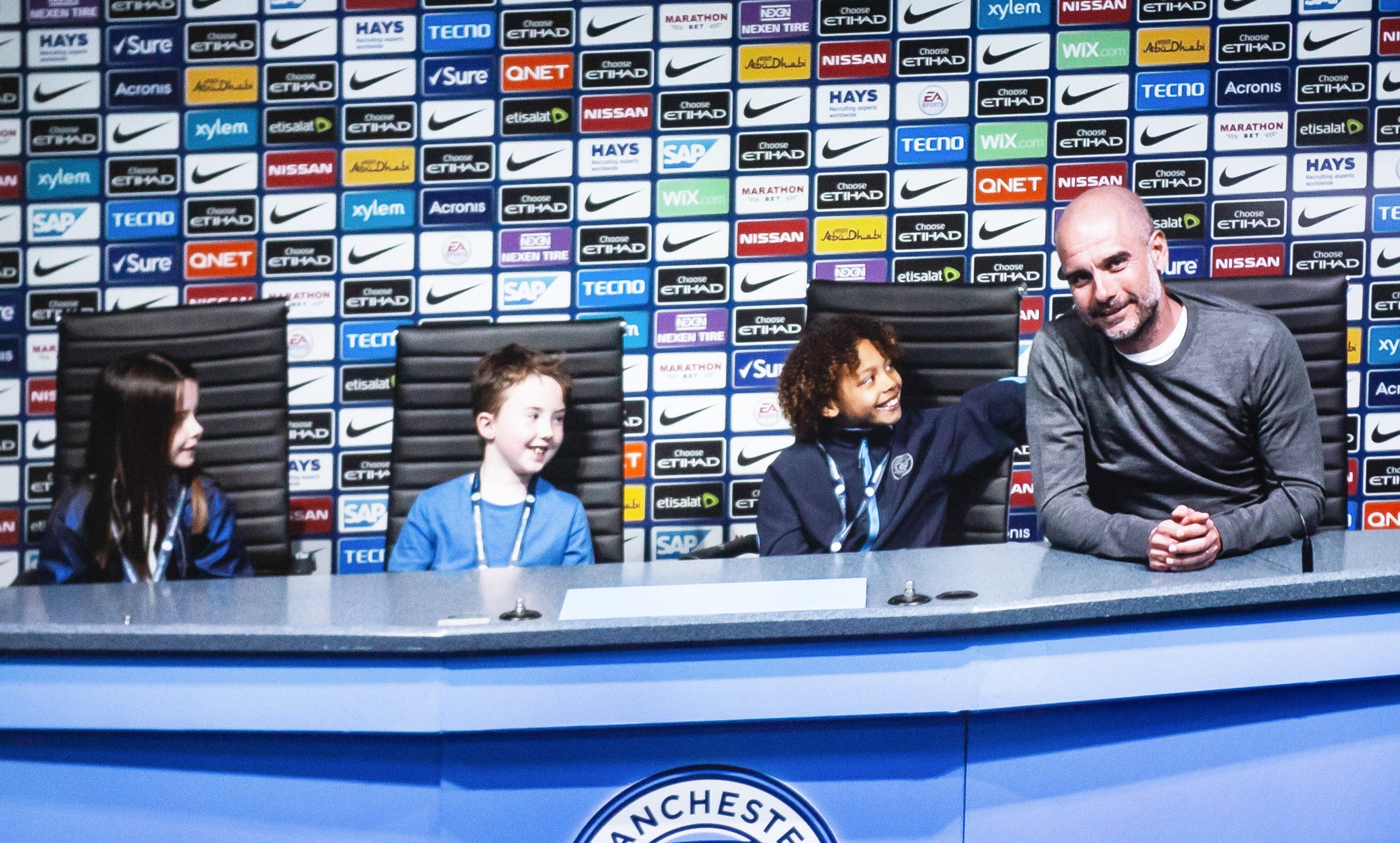 All is not quite as it is seems though – as the trio actually took part in an 'augmented reality' press conference at the Etihad.
The experience is part of the new "Manchester City Tour" – which is being launched to mark the club's 125th birthday on Tuesday.
It includes an opportunity for fans to take their place alongside Guardiola at the top table – as well as having their photos taken as he faces the world's media.
There is plenty more to see and do as part of the tour, which will guide fans through the club's history and heritage – from when they were formed back in 1894 right up to the present day.
It includes 3D holographic content, augmented reality and a 360-degree cinema screen – the first of its kind in the Premier League.

LOOK BEHIND THE SCENES

City have also opened an exhibition space which shows several historical artefacts – some of which have never been seen before in public.

Visitors will see interactive exhibits with spinning cotton spools – which tell the story of Manchester's proud industrial past.
There are also holographs of City's various crests through the ages – the most recent of which was unveiled in 2016.
Anyone who goes on the tour will be given hand held media guides which take them behind the scenes and show what their heroes get up to on match-days at City.
City's chief operating officer Omar Berrada said: “Announcing the ‘Manchester City Tour’ today is the perfect way to mark the Club’s 125th birthday.
"It recognises our rich history and heritage, and celebrates the journey that the Club and our fans have been on together.

"We’re delighted to have created a tour that brings together physical artefacts and technology for the first time.
"It gives our fans an opportunity to immerse themselves with the Manchester City story in a unique way.
"We hope that it will make for an unforgettable experience.”
City are planning a variety of ways to mark their 125th anniversary throughout next season – which kicks off in August and runs through to May 2020.
*The Tour opens on Friday April 26 and tickets can be purchased by visiting the website. 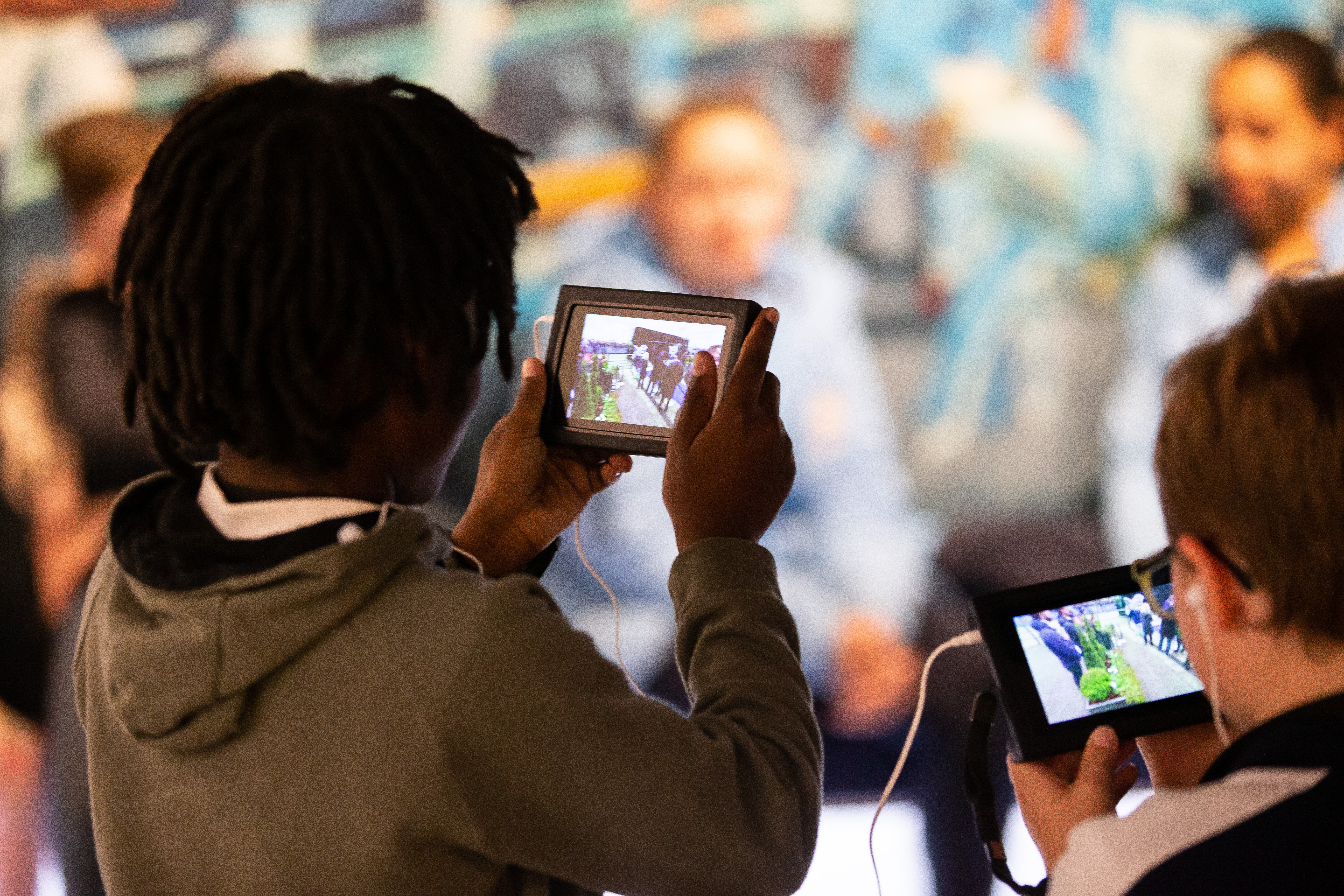 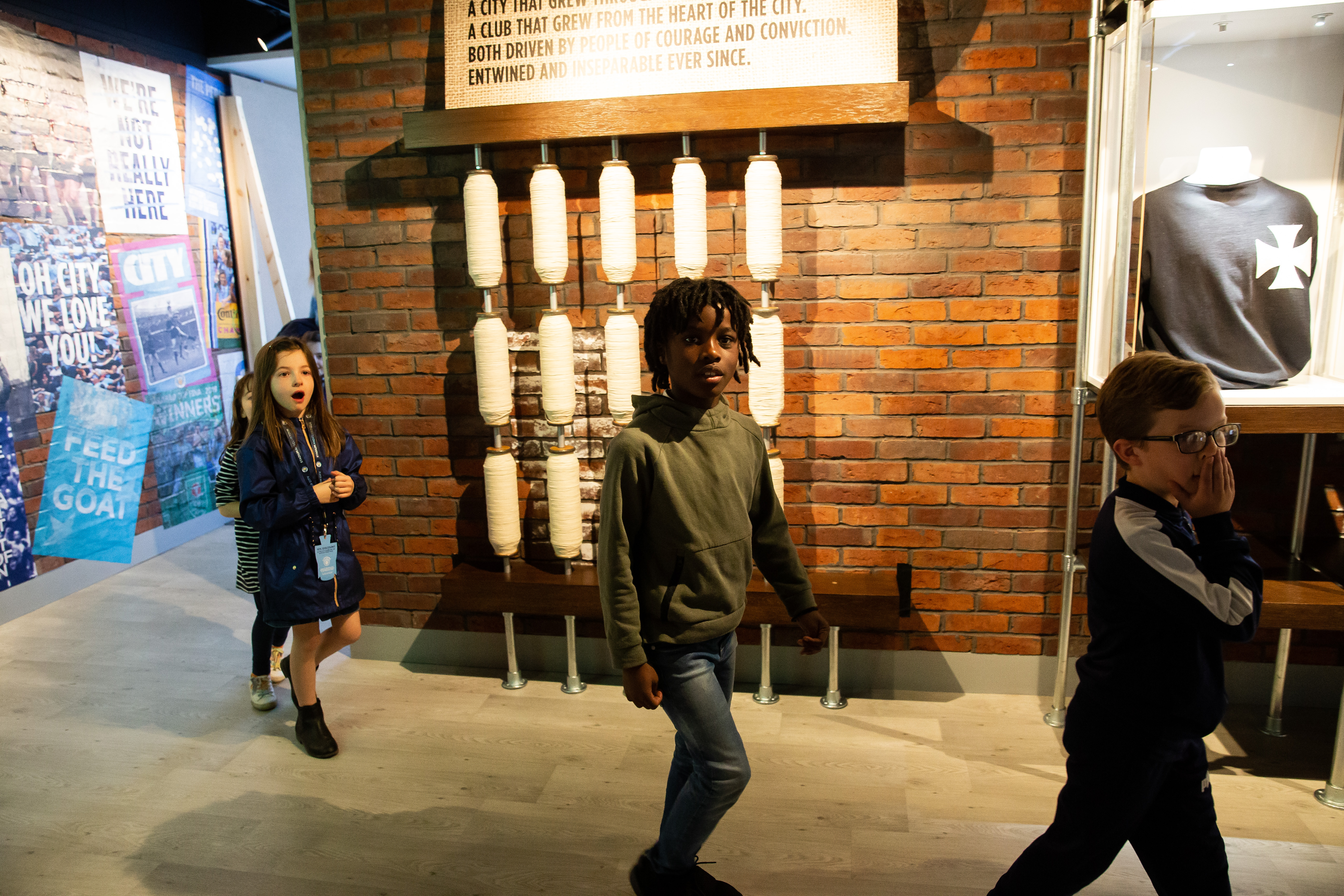