Séamus Kennedy is gearing up for an All-Ireland hurling final on Sunday, but things could have been different for the Premier star.

In Clonmel, football is king.

Indeed, Clonmel Commercials became the first club from the Premier County to win the Munster Football Championship in 2015, and Kennedy was at the heart of the success.

While he went to school in Thurles, ‘the home of hurling’, he grew up in a predominantly big ball environment.

“Being from Clonmel, I probably played far more football than I have hurling growing up,” he explained.

However, the small ball was always his greatest love.

“Playing with Commercials we were very successful,” he continued. “[But] the only thing I wanted to do was playing hurling for Tipperary.

“When Mick [Ryan] rang me in 2016, to be honest I wasn’t expecting the call – but I was absolutely delighted. It was a no-brainer for me.

“We were involved in club championship with Commercials right up until the middle of February that year. Ballyboden beat us.

“I’d been dropped from the panel in 2014 after the league and probably thought ‘will I get back in? Will I get a chance?’ I played (intercounty) football in 2015 so I was absolutely delighted to get back in.” Being deemed surplus to requirements in 2014 was a blow, but it was undoubtedly a formative experience, from which he has come back stronger.

“Maybe looking back I was a small bit in awe,” he recalled.

“In the dressing room then you still had Lar Corbett, these kind of guys, Eoin Kelly, they were heroes of mine growing up.”

Without intercounty hurling, he turned his focus to football and was called up to the county side.

“The year playing football definitely helped with Peter Creedon and the lads,” he continued.

“We had a decent game against Kerry, played Tyrone that year, played some good inter county championship games that definitely stood to me.

“I came back in 2016 [onto the hurling panel], felt I’d a bit of a point to prove, wanted to do myself justice. That year I didn’t get much league game time because of Commercials. Thankfully, things just fell in place for me and the year just took off. I hit a bit of form at the right time. It was great.” 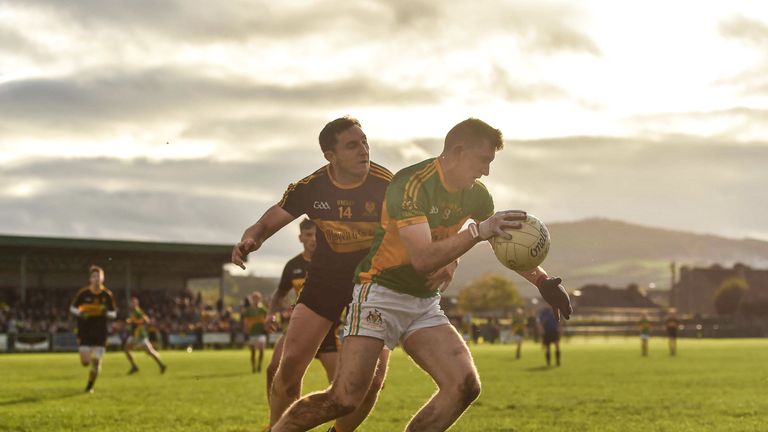 While he helped Tipp to the Liam MacCarthy Cup that year, the footballers also had a breakthrough season, reaching the All-Ireland semi-final.

However, Kennedy had no regrets:

“As soon as I got the call to see if I wanted to come or asked to be part of the Tipp hurling panel, it was a no-brainer for me. Would I have liked to be playing the football? Absolutely, if it was possible to do both, but I just don’t think it is.

“I was absolutely delighted for the lads (footballers in 2016). A lot of my best friends were playing there, a lot of lads I’d have travelled with for a year up and down to training and things like that. Lads I lived with in college were all playing that year, so I was absolutely delighted. Just to see the buzz around Clonmel which would be a predominantly football area was unbelievable to see really.”

Although he is now fully invested in hurling, he feels his football background is certainly an advantage:

“It definitely has benefited me. In football if you give the ball away, you’re not going to get it back for 10 minutes. You definitely do value possession a lot more. Maybe without even thinking about it, it’s something I do do. Definitely there is a crossover between the hurling and football.”

He’ll be hoping to make that count when he takes to the field against Kilkenny on Sunday.