GENDARME showed good signs when third here last time over this distance. She was just run out of it in the closing stages and the first-time blinkers could help her get home in a modest contest.

Butterfield has plummeted down the weights and Franny Norton takes over from an amateur here. He stays well and should be good enough to hit the frame at least.

General Brook was in good form last summer and is just 4lb higher than his last win, which gives him a chance. 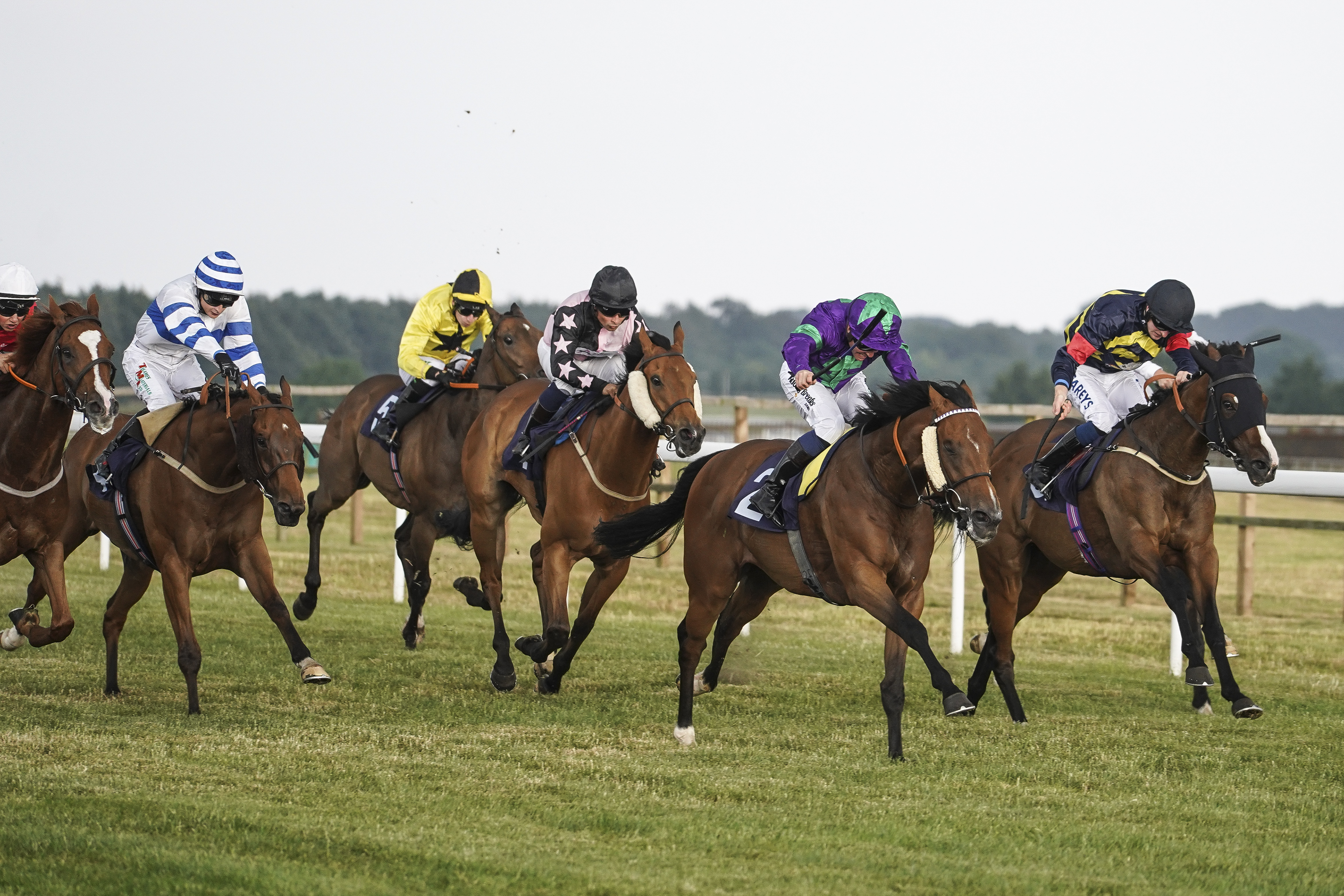 Debutant PERREGRIN wouldn’t have to be anything out of the ordinary to make a winning start against these rivals. He comes from a family that produced winning sprinters at two and will know his job coming from Mark Johnston.

Heer We Go Again has been knocking on the door and went down in a head-bobber at Leicester last time out. He’s visored here, which could make all the difference.

Elevate Her wasn’t disgraced on debut at Southwell last time and should have more to offer.

ENTERTAINING has shown much the best form on offer when a close-up fifth on comeback at Newmarket last time out. He finished well and the step up in distance looks a wise move with a lot more to come.

Ragnar won on the all-weather in March before a poor turf debut at Windsor last time. He should go better with that experience under his belt.

Boutonniere is another AW winner who has chances of filling the forecast spot.

SIMBRISK was just denied over this trip at Windsor last time coming back from six months off on debut for John O’Shea. He should come on for that run and this race looks slightly softer.

Contingency Fee didn’t enjoy himself at Southwell last time but had been in excellent form earlier including when winning at Brighton.

He’s creeping up the weights but has a chance. Maroc has had a breathing operation since running over hurdles and he likes this trip. He’s weighted to go close if finding his best form.

SCOFFLAW is coming down the weights and is 5lb below his highest winning mark. He hasn’t really had a break but has held his form well and it will be interesting to see what effect the first-time blinkers have.

Cogital keeps finding a couple too good and again ran well at Kempton last time out. He seems best over this trip and the Perrett horses are going well.

Handytalk is going up in trip after a long spell over 6f. He does stay this far and is another with blinkers on from what looks a reasonable mark.

CORONATION COTTAGE was an impressive winner at Windsor last week and should go close again under a 5lb penalty. She was back from almost a year off there and could still be a few pounds ahead of the handicapper at a track she likes.

Fareeq has been in good form on the all-weather and is off the same mark as a good third at Lingfield last time. This trip is right up his street.

Mrs Todd is one to watch in the betting making her handicap debut for Tony Carroll. She has no weight and showed some positive signs when third at Wolverhampton last time out.

BEQUEST ran her best race so far when second here last time, beaten just a length in a similar race to today’s.

That was her first run on turf after showing promise on the all-weather and the handicapper has left her mark alone.

Miss Enigma dug deep to win at Wolverhampton last time and gives the impression there’s a lot more to come.

Brother Bentley is also running under a penalty after a game victory at Chepstow last time but may just prefer 6f.