DOLLAR is worth a couple of quid in Ayr’s Scottish Grand National (3.35).

DINGO DOLLAR is an improving stayer who shapes as though this hike in distance will bring more improvement. 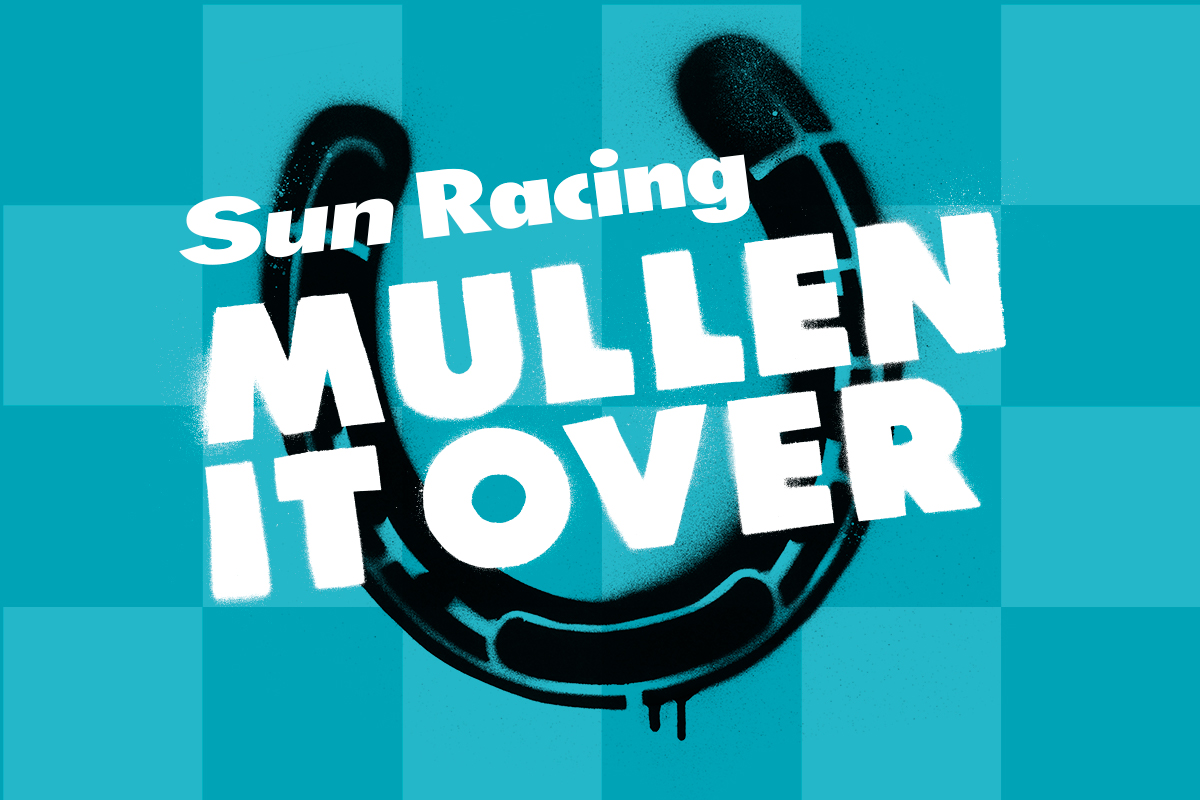 His best effort so far over fences came when second at this meeting last season and he’s just 4lb higher in the weights today.

He was an excellent third in the Ladbrokes Trophy at Newbury earlier this term and should go close.

I fancied Vintage Clouds for the Aintree Grand National last week only for him to take a tumble at the first fence.

He’s usually an excellent jumper and can bounce back. He’s certainly worth a little saver.

Crosshue Boy has been backed all week and has had his entire season built around this race.

He won the race Dingo Dollar was second in here 12 months ago and there won’t be a massive amount between them again.

Big River and Crosspark are two more worth a close look. The former took a step forward at Cheltenham last time, while the latter stays all day.

GEORGE OF HEARTS looks up for Newbury’s Spring Cup (3.15).

Richard Hughes was no stranger to winning a big handicap as a jockey and has every chance with this four-year-old.

He ran a series of good races in similar company last season, with a top effort in the Britannia Stakes at Royal Ascot the highlight.

He finished the season with a couple of outings over 6f where he was just nudged out at the Shergar Cup before a respectable effort at Glorious Goodwood.

But this mile looks to be his best distance and he will relish the breakneck gallop that should be on today. 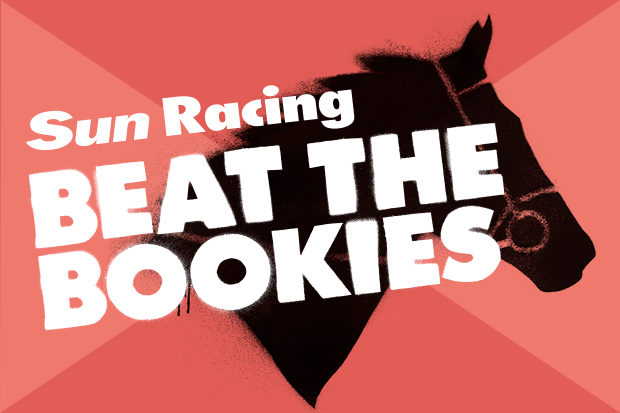 THE new Sun Racing app is here – and it's sent the bookies running for cover.

Our brilliant new app, which is FREE to download, features:

He has had a breathing operation over the winter and kicks off the season on a good mark, which is 1lb below his Britannia effort.

Ripp Orf doesn’t have the greatest of draws but that may not matter with his hold-up style. He was an excellent fifth in the Lincoln last time when coming with his trademark late run.

Those tactics will be on show again and he has every chance of hitting the frame again.

Red Starlight was a good second in a Listed race at Town Moor last time and she won her maiden over course and distance as a two-year-old. She is off a fair mark and should have more to offer.

SO PERFECT did well last season and can kick off her campaign by taking Newbury’s 2.10.

She progressed nicely as a two-year-old, peaking with seconds in a couple of Group 1 races — Curragh’s Phoenix Stakes and the Cheveley Park at Newmarket in September.

Her campaign ended with an excellent third in the Breeders’ Cup Juvenile Sprint where the 5f distance was on the sharp side.

This is her first crack at 7f and she has entries in the English and Irish Guineas. She’ll have to win this well to figure there but looks capable of doing just that. 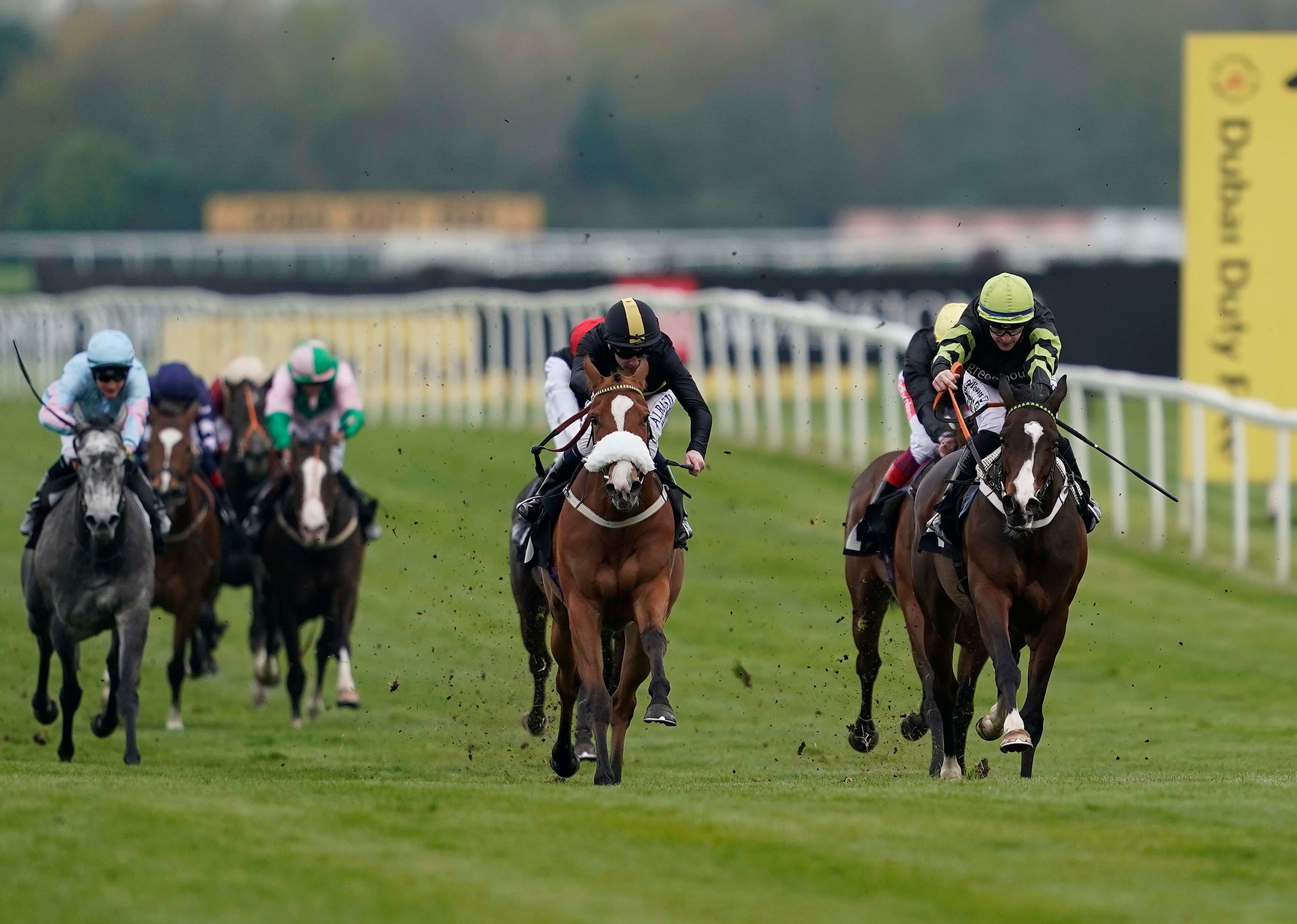 Star Terms did well last season and was unlucky not to sign off with victory in the red-hot Prix Marcel Boussac at Longchamp in October.

She already stays this trip well and scored here in July so we know the track suits. This may be the softest ground she’s encountered but there’s no reason why she won’t handle it.

Dancing Vega has a difficult draw today but her maiden win at Doncaster in October was full of promise and she’s one to keep a close eye on.

MARMELO (1.40 Newbury) is a high-class performer who was good enough to finish second in the Melbourne Cup last time out in November.

That great race is run over 2m but he has shown strong form over shorter, including when winning a Longchamp Group 2 and York Listed contest last season.

The ground should be a little on the holding side at Newbury today, which can bring his stamina into play.

Defoe won this 12 months ago and followed up in a Newmarket Group 2 before not really improving on that. This is obviously his time of year but he’s five now and may need to progress to defend his crown.

Young Rascal was fancied for the Derby last season after winning the Chester Vase.

While Epsom proved beyond him, he bounced back with a couple of good wins later in the campaign and could have more to offer. He looks the biggest danger.