Lauren Price and Galal Yafai both won gold medals in the final weekend of the extraordinary boxing tournament at the Tokyo Olympics.

The two gold medals mean that the 11 British boxers finished with a total of six: two bronzes, two silvers and the golds. The haul also means that Team GB finished top of the boxing medal table for the second time in three Olympics. It is also the best modern Olympics ever for British boxers, a ridiculous performance in many ways.

On the final morning, in the penultimate fight, Price was too slick, too fast and simply too good for China’s Li Qian; the final score was 5-0 to Price. It was the end of a decade of major tournaments, tough nights in exotic rings and a great passage through the darkest of years for Price.

All six of the medal winners talked about the dream, the long journey, the wicked twists and the sacrifices. “Lucky days,” said Price, when she had the gold medal. She has spent 10 years on the road and that journey finished in Tokyo. Price was number one seed and brilliant at all times in a team of diversity. She was also under intense pressure to win, she never panicked.

Back in 1908, British boxers won more medals, but entered over 30 of the boxers in the five weight divisions. The final medal haul from Tokyo was split 4-2 in favour of the men and ranged from flyweight to super-heavyweight, a difference of close to ten stone. This was a unified team in every respect, misfits bonded by their fighting desires.

There were bronze medals for Karriss Artingstall and Frazer Clarke and silver medals for Pat McCormack and Ben Whittaker. It could have been more with just a touch of luck.

On Saturday morning, with the sun barely rising in his beloved Birmingham, Yafai dropped Carlo Palaam in the opening round of their flyweight final; the knockdown was a blistering, precise combination, a jab followed by a left, a slick shift of his feet and then a short right. In the pro game with tighter, more compact and hurtful gloves there is a real chance Palaam would have been finished. It was a sweet start; Yafai chased from that point, the minutes and seconds went in a flurry of blurred punches and guts. “I would not be denied,” he said. He was right, it was inspired.

Yafai and Palaam knew at the end – they each knew they could do no more, each knew Yafai had done enough – and the British boxer’s hand was raised; the first British man to win gold since Anthony Joshua on the last day of the London Olympics.

“I never talked about winning gold, I never talked about that,” said Yafai. “I just came here to fight my best. I did that and now I’m the Olympic champion.” Yafai will turn professional now, part of what will be a damaging exodus by the 11 members of the historic team. 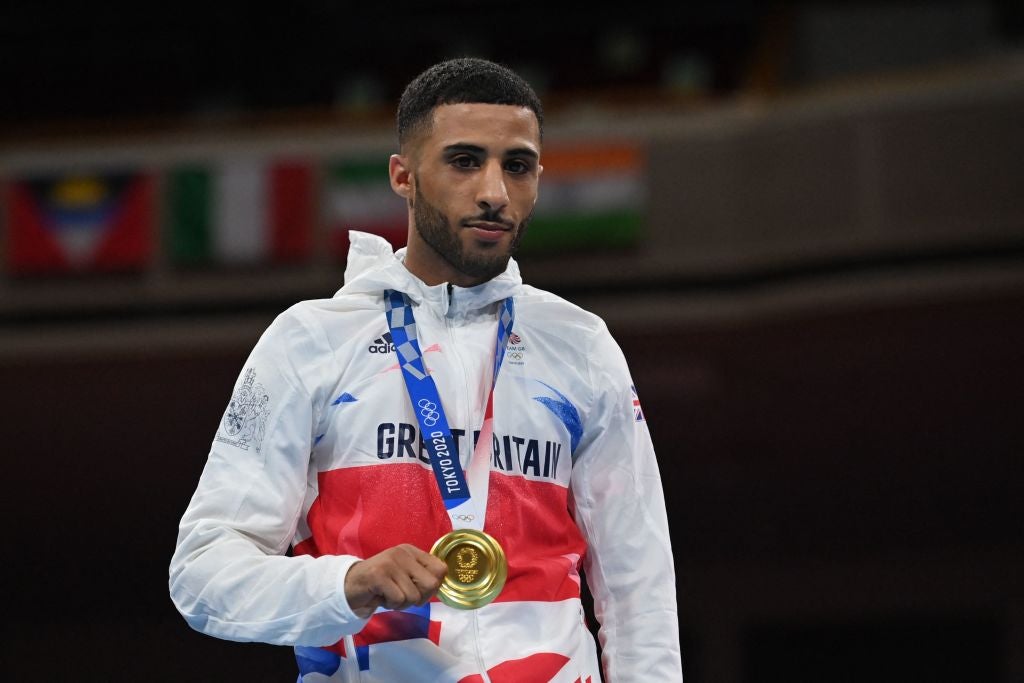 The richly deserved win over Palaam was just the last of five hard fights; he won four split decisions and deserved every single one of the wins during a truly torrid campaign. It is the hardest Olympic run I can remember and he was both relentless and entertaining from the first fight, the stoppage of the Armenian. It was a brutal warning to the rest of the flyweights. And then, he went and beat them. Quite unbelievable.

On Sunday in Tokyo, there was a long-overdue return to the great rivalry between Cuba and the USA when Keyshawn Davis lost in the lightweight final to Andy Cruz; it was a 4-1 split in the end, the fourth win by Cuban Cruz over Davis, but it was tight. Davis will return to his professional career, where he is unbeaten in three, and his five-fight run in Tokyo has made him a better fighter. Cruz will be in Paris in three years’ time.

And in fight number 276, the last of the finals, the Olympic boxing tournament served up the Big Uzbek, Bakhodir Jalolov, and his brawl with the American, Richie Torrez Jr. As expected, Jalolov took gold on points and will now concentrate on his professional career; he could be a heavyweight world champion by the time the first bell sounds in Paris.

The Big Uzbek and Lauren Price both winning golds on a final day, in a 30-minute section of excellence, is just about the perfect end to the marvel from Tokyo.