They were not considered to be realistic medal challengers, but it proved an outstanding display by Josh Bugajski, Jacob Dawson, Tom George, Mohamed Sbihi, Charles Elwes, Oliver Wynne-Griffith, James Rudkin and Tom Ford.

It was Britain’s second medal of the Tokyo Olympics rowing regatta after a silver in the men’s quadruple sculls on Wednesday.

Wynne-Griffith said: “Overall, we are very proud of the performance. We had a pretty up and down week, and we had some pretty honest conversations.

“There have been a lot of fourth places on the team, a lot of near-misses, so it was good to be on the right side of one.”

And Sbihi added: “We feel like this week we haven’t been able to show ourselves properly, but today we got ourselves into the right position to challenge for a medal.” 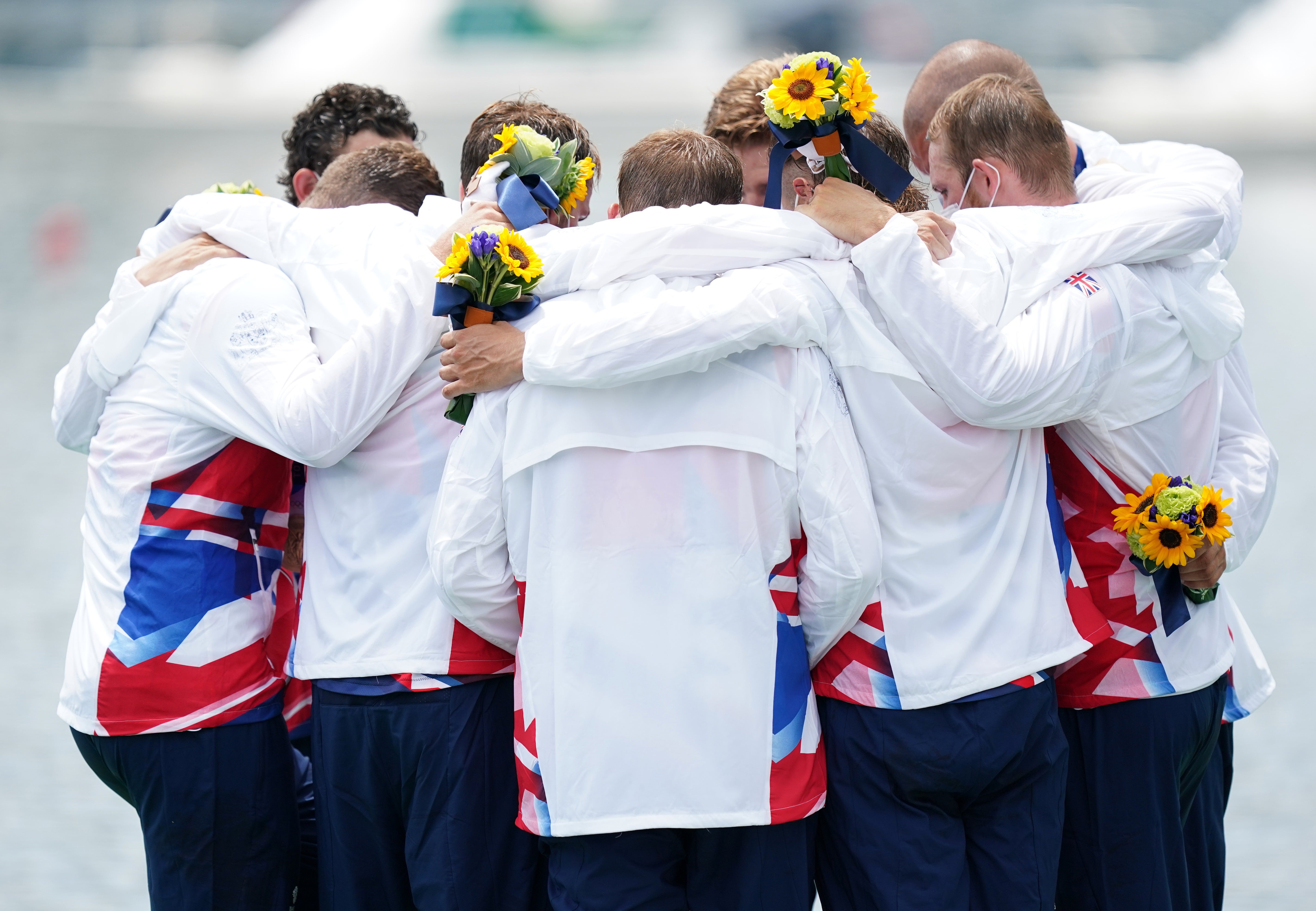 Britain ended the rowing regatta with just two medals – silver and bronze – and it is the first time since the 1980 Moscow Olympics that they have failed to win at least one gold.

It is almost a year since long-serving Jurgen Grobler, who oversaw some of British rowing’s greatest Olympic successes, left his post as head coach.

Sbihi added: “Winning is hard. When you have won, to keep it going is even harder sometimes. As a sport, we have underperformed – silver and bronze for a quite highly-funded sport within Team GB we should be doing better.

“Jurgen is a winner, he is a notorious winner, has bred winners, but we have a set-up that is like no other, and it is there for us to have risen up to the occasion.

“Clearly, Jurgen knew how to elevate people, but then so do other coaches, and the coaches we have supporting us have really risen to the occasion in the past 12 months. “The athletes and coaches want to win. We are here to win, not to participate. The passion is there to win – we are not here to turn up, get our kit and go home.”

Earlier on Friday, Vicky Thornley agonisingly missed out on a medal in the women’s single sculls.

The 33-year-old Welsh rower was pipped to bronze by Austria’s Magdalena Lobnig after a strong second half of the race, but she had to settle for fourth, just 67 hundredths of a second off the podium. New Zealander Emma Twigg took gold ahead of Russian Olympic Committee’s Hanna Prakatsen.

Thornley had been bidding for a second Olympic medal after winning double sculls silver alongside Dame Katherine Grainger in Rio five years ago.

Thornley said: “Fourth is tough, but I don’t think I could have done any more, especially in the second half of the race.

“I didn’t have quite enough at the end, but I am proud of what I have delivered over the last eight days. There have been some hellish days, especially the three days waiting for the semi-final.

“The last five years have been incredible – some of my darkest days and some of my best days. I am proud of the race I put together.

“I thought I had the momentum, but I didn’t have quite enough.”