A chicken korma will be James Guy’s homecoming reward for his Olympic heroics, according to his dad Andrew.

Guy has enjoyed a sensational meet in Tokyo, securing gold in the 4×200 metres men’s freestyle and the 4x100m mixed medley relay, and can add to his medal tally in the men’s 4x100m medley relay in the early hours of Sunday.

His dad already knows what his son will want to do first when he lands at Heathrow Airport on Monday evening.

“The first thing he’ll do when we pick him up is say: ‘Dad, I need a curry,’” Guy senior told the PA news agency.

“He only ever has one curry – chicken korma. And it’s not even really curry is it? That’s all he ever has. Crazy. Rice and two chapatis, that’s it.

“He loves playing golf, he loves to fish. He likes good food, he likes Chinese, he’ll put a bit of weight on but do you know what? He’s entitled to it.”

Andrew has deprived himself of sleep to watch his son in action in the early hours of the morning over the last few days, and watched the mixed medley relay success at their home near Crewe in Cheshire on Saturday with James’ mum Cath and their youngest son Luke and Luke’s girlfriend Emily.

“It’s an unbelievable feeling. I’m shattered, as is all the family, they have all gone back to bed.

“How often does it come along that your son is a double Olympic champion and world record holder?”

Born in Bury, Greater Manchester, Guy has sacrificed so much to make it to the pinnacle of his sport, but his first forays into the pool were not so promising.

“I remember going [to swimming with him] and he would never listen,” Andrew recalled.

“I remember the instructor saying to him ‘you’ll never be a swimmer’. He was about five. He didn’t listen, he just kept ducking himself under the water.”

Taken under the wing of coach Mike Roberts at the Trafford Swimming Club in Sale, Guy went from strength to strength. 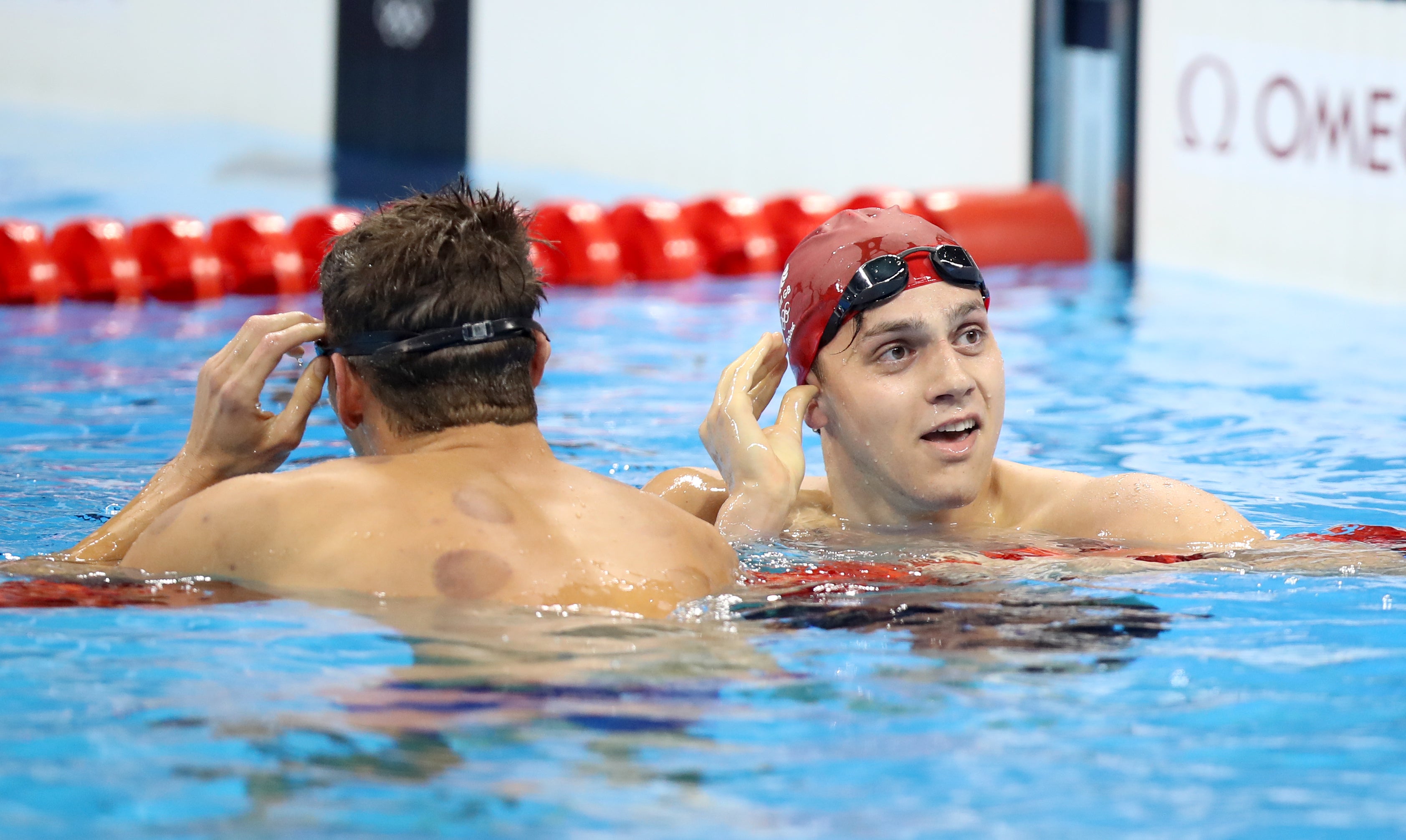 The family upped sticks from Altrincham to Somerset as Guy gained a scholarship at the Millfield school.

Andrew revealed it was far from smooth sailing though.

He said: “After a couple of years he was struggling and he said ‘Dad, I’m going to pack it in. Everybody’s beating me’. And they were. And it was purely because he hadn’t grown. So he went through a bit of pain for two to three years where he was crying at most meets.

“We were supporting him as a family, and then at about 14 or 15 he started to grow, and at 16 he was the fastest in the world for his age.

“At 19 he became world champion and raced his heroes – [Michael] Phelps, [Ryan] Lochte, [Conor] Dwyer – these people he had pictures on the wall of, he raced them and beat them.”

I’m losing my voice. It’s an unbelievable feeling. I’m shattered, as is all the family, they have all gone back to bed. How often does it come along that your son is a double Olympic champion and world record holder?

Andrew said two silver medals at the 2016 Games in Rio taught him about the importance of mental strength, and how athletes raise their game for the “special occasion” of the Olympics, and reinvigorated by a change of coach in 2019 to Dave McNulty in Bath, he has now taken the top step of the podium.

Asked to sum up his son, Andrew said: “He’s the boy from next door, dead normal. If you sat with him he would never tell you he was a swimmer, he’d never tell you what he’d won.

“He’s quite sensitive, not over-confident, but if you employed him he would give 100 per cent every day.”

Guy’s sensitive side came to the fore as he shed tears after the 4x200m freestyle gold, and his father said: “That cry was the anticipation of winning the pinnacle medal in his career.

“He’s four-time world champion, and won Commonwealth and European medals, what he wanted was the [Olympic] gold, more than anybody. James let out the emotion and saw how sensitive he was. He stands on the blocks and he becomes a warrior again.”