Sitting alone in his Bath apartment in January after contracting Covid-19 for a second time, Tom Dean contemplated whether he would even make it on to the plane to Tokyo 2020.

Not only were simple tasks like walking up the stairs inducing coughing and wheezing fits, but he knew spending several weeks out of training in an Olympic year, where competition for places is fierce, was basically unheard of.

Multiple golds in the Japanese capital and becoming the first British male swimmer in more than a century to claim more than one at a single Games was fanciful, laughable even. A solitary win seemed like a million-to-one shot.

“But here we are,” said the 21-year-old appositely, barely an hour after the camera had panned to his authentically flabbergasted reaction upon the realisation he had just won the men’s 200 metres freestyle final.

Previous winners include Mark Spitz, Ian Thorpe and Michael Phelps who has been Dean’s idol ever since he watched the most decorated Olympian’s all-conquering dominance at Beijing 2008 on a family holiday elsewhere, aged eight.

He may be a long way off putting himself in that trio’s bracket as among the greatest of all time, but he bagged his second gold in two days after helping Team GB to glory in the men’s 4×200 metres freestyle relay final.

As a child, he and one of his siblings Connie – he has another sister Nancy and two brothers, William and Alfie – liked to play a game where they pretended they were Olympic medallists.

While he was introduced to swimming by his parents after joining a local club in his hometown of Maidenhead around the time he started following Phelps, it was Connie’s achievements in the pool that were Dean’s biggest inspiration.

Indeed, without her example, Dean believes he may have walked away from the sport.

Mother Jacquie Hughes says her son’s talent started being noticed by coaches just before he became a teenager and he came of age when he returned with a gold and silver from the 2017 European Junior Championships in Israel.

There was a sign of what was to come 12 months later when he was part of the British team that collected men’s 4x200m glory at the European Championships proper, while 2018 was the same year he moved to Bath National Centre.

As well as studying at the city’s university for a degree in mechanical engineering, which he put on hold in an effort to reach Tokyo, the move allowed Dean to train with Olympic medallists James Guy and Siobhan-Marie O’Connor. 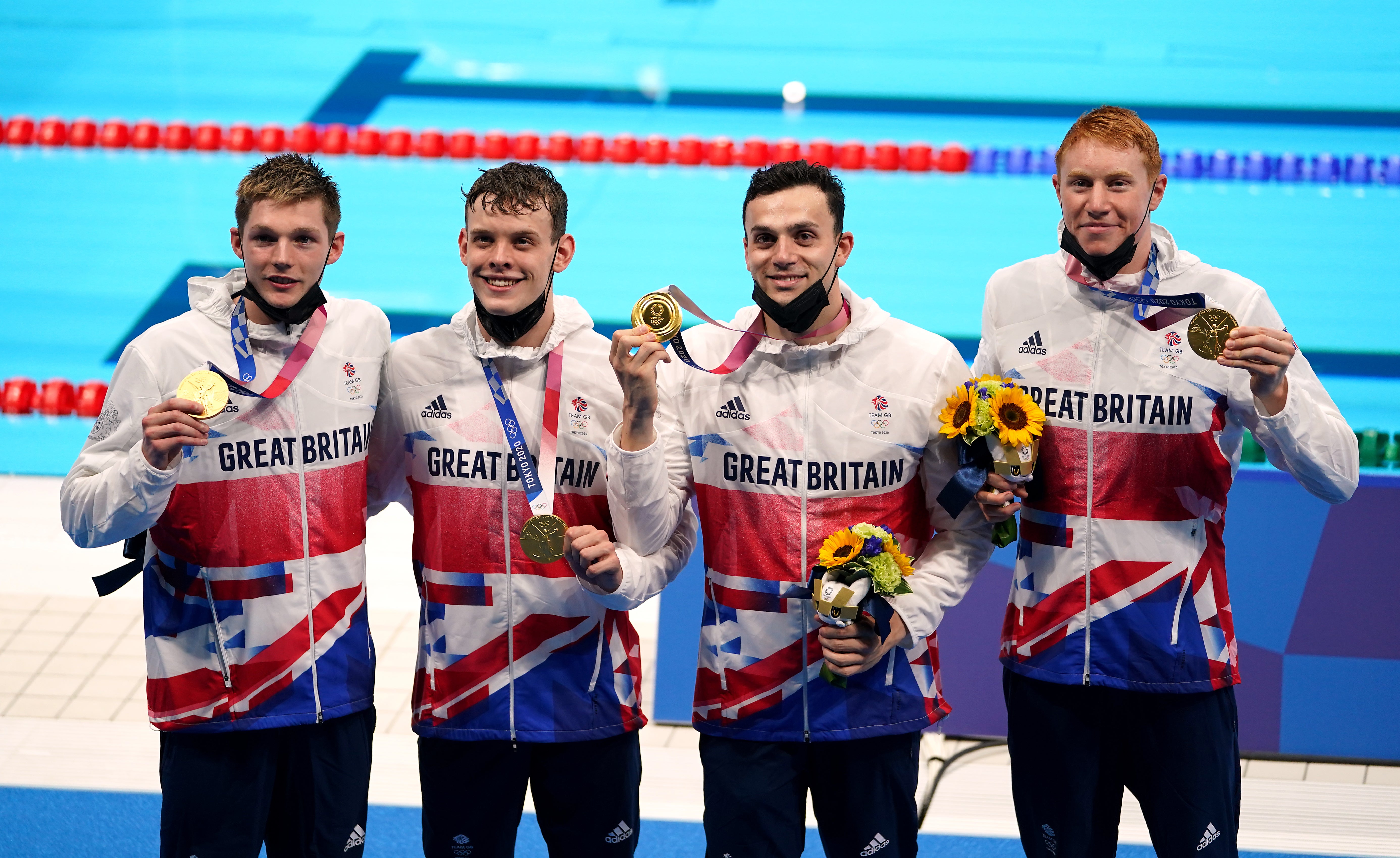 Because he and Guy push each other in the pool, Dean said on Wednesday he “never had a shadow of doubt in my mind” about their prospects in the men’s 4x200m freestyle relay. That was until his hopes were almost derailed.

He first tested positive for coronavirus in September, relatively mild, before being floored second time around at the start of the year. It was not life-threatening but enough to induce panic that his Olympic dream was over.

He reckons he was the first British Olympian to test positive for the virus twice and, after what he termed a “few frank conversations” with his handlers, Dean was slowly built back up after missing seven weeks of winter training.

Coach David McNulty was inspirational and, after a good training block, Dean finished second at the British trials, setting a personal best in the men’s 200m freestyle as he finished just 0.11 seconds behind winner Duncan Scott. 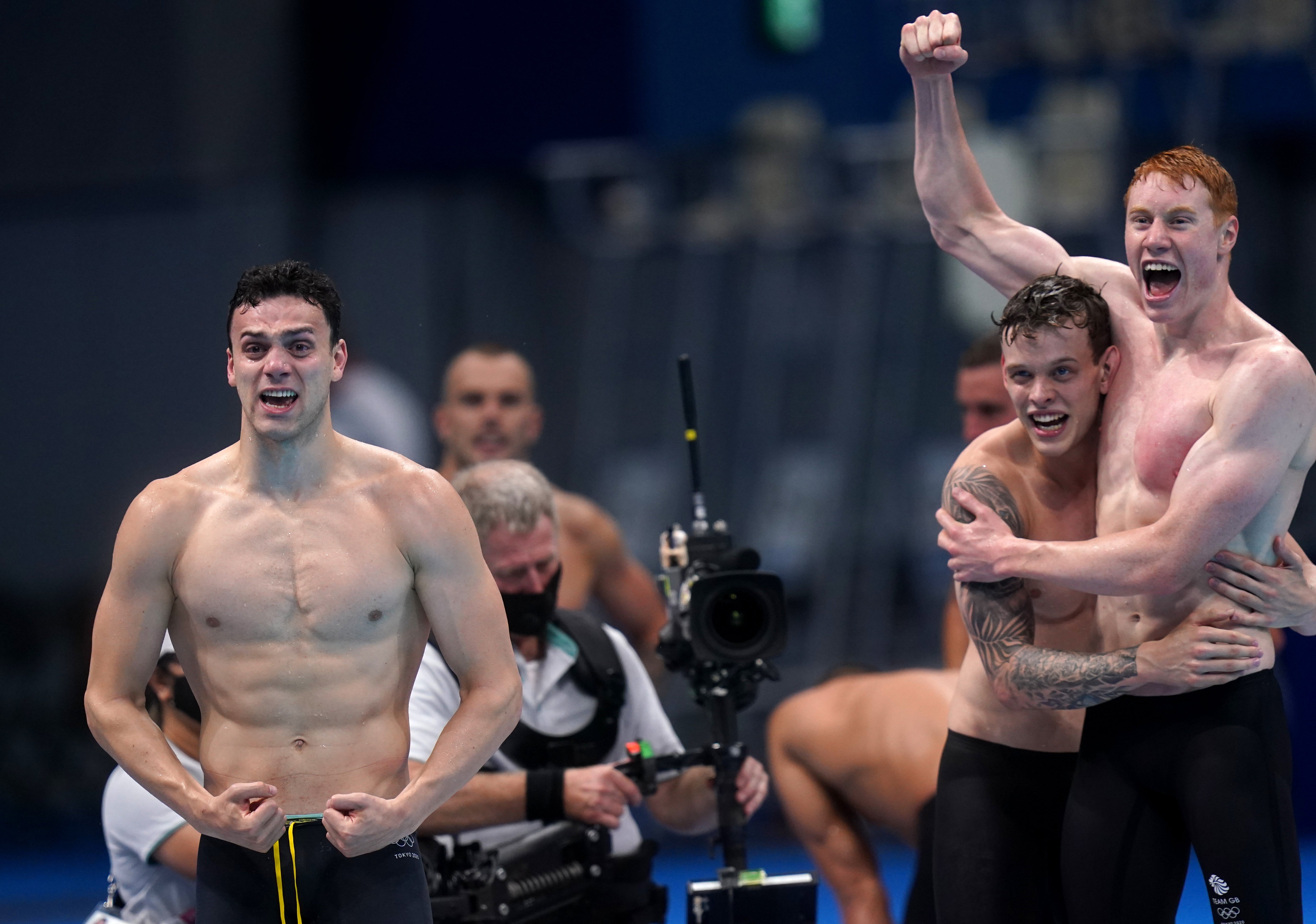 The result would be reversed in Japan, Dean prevailing by the wafer-thin margin of 0.04secs over his friend and the person he is sharing a flat with in the Olympic Village. While disappointed, Duncan said he was “buzzing for Deano”.

The times were the best and second best by two Britons – Dean touching out in one minute 44.22 seconds – as the nation had two male swimmers on the podium for the first time since the London Games in 1908.

Dean, of course, became the first Briton in 113 years to win an individual freestyle event, prompting jubilant celebrations from friends and family watching back in Maidenhead.

A social media video showing scenes of unconfined joy from his nearest and dearest present went viral, presumably scarcely believable for them as well as for the double Olympic champion, given the events of the last six months.