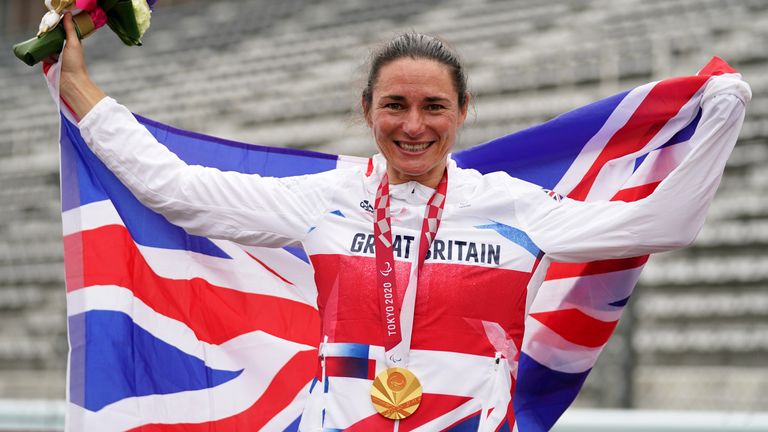 Cyclist Storey emulated the achievement of former swimmer Mike Kenny in a time of 36:08.90 on the Fuji International Speedway circuit.

While Storey must wait until Thursday’s C4-5 road race for a chance to fully surpass 76-year-old Kenny, she is now already more successful owing to a total haul of 27 medals to his 18.

“I never set out on this journey to be Britain’s greatest Paralympian, but to match the best man and to have more other medals is just a dream come true – well, it is almost a dream that was not one,” she said.

“The closer we have got to Tokyo, the more it has been like: This is a possibility. It really could happen. You just don’t know.

“I am just so chuffed. I have been preparing for this for such a long time. It is such a sweet feeling. The last of Kenny’s 16 titles and two silvers came in Seoul in 1988, four years before Storey kicked off her own Paralympic career as a 14-year-old swimmer in Barcelona.

She won five golds in the pool across four Games before a seamless transition to the bike ahead of Beijing 2008, which has brought even greater rewards.

The 43-year-old travelled to the Far East needing three more titles from as many events to stand alone as Britain’s most successful Paralympian.

In the foothills of Japan’s highest peak, Mount Fuji – approximately 68 miles south-west of the host city – she ticked the second of those boxes in dominant style, having kicked off her quest with a crushing victory over compatriot Lane-Wright in taking GB’s maiden medal of the rescheduled Games with last week’s triumph in the C5 3000m individual pursuit.

Storey was up before her alarm on Tuesday morning – just after 5.30am local time – and was last to depart in the second race of a packed schedule. 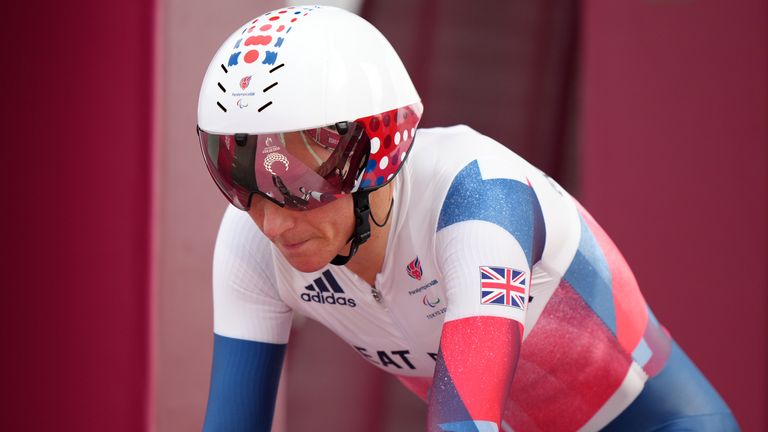 On a circuit where British Formula One driver James Hunt clinched the 1976 World Championship during his battles with great rival Niki Lauda, the mother-of-two was at times forced to dodge riders in the men’s race as she relentlessly powered on in overcast conditions.

Crossing the finish line prompted a punch of the air, securing a time trial title at a fourth successive Games to set up a chance of further enhancing her place in the history books later in the week.

“That is something that may happen in the future – it may happen on Thursday,” she said of reaching 17 golds.

“Who knows in a road race?

“There is no foregone conclusion in any race, but especially not in a road race.”