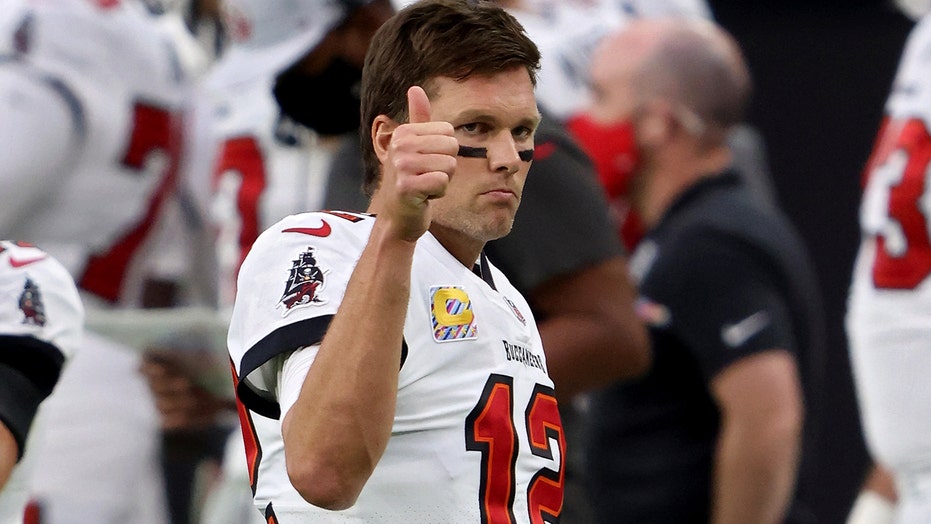 Tom Brady and the Tampa Bay Buccaneers appear ready to compete for another Super Bowl.

Brady on Sunday showed off his accuracy in a video. He tweeted a video ahead of training camp opening essentially showing him playing catch with a JUGS machine.

“Training camp starts this week. I’m looking forward to having some actual receivers again,” he tweeted.

Brady and the Buccaneers visited the White House earlier in the week to celebrate the franchise’s second Super Bowl title. The team brought back each of its starters after beating the Kansas City Chiefs, a feat that has never been done in the NFL until Tampa Bay did it.

The 43-year-old is entering his 22nd NFL season and coming off MCL surgery as he reportedly played with a torn ligament the entire 2020 season.

In 2020, Brady had 4,633 passing yards and 40 touchdown passes. He took the Buccaneers into the playoffs on a wild card berth and won each playoff game on the road before beating the Chiefs in Super Bowl LV.

Alex Guerrero, Brady’s personal trainer, said last week fans can expect to see Brady on the field for another two years — at least.

Guerrero said during an appearance on “The Adam Schefter Podcast” Tuesday that the goal was always to help prepare Brady to play through at least 45, which means that he will fulfill his contract with the Bucs through the 2022 season.

“I think the biggest accomplishment from me will come probably if we make it through age 45 because that’s what his goal was. That will probably be the proudest moment for me, to say, ‘Hey, we actually did it,’” Guerrero said. “I know from my perspective that I want to honor my promise to him in helping him with his goal. If his goal changes, no problem. If he says, ‘Hey, I think I’m going to call it a day,’ then great. No problem. I will 100% support that.”

But Guerrero said the opposite could happen as well, Brady could very well want to keep pushing the boundaries.

“I thought about this year two years ago. I try to keep his body three years ahead of where we’re going to be. I’m thinking about not just next year, but, ‘What if he feels so good at 45 he wants to play to 46?’ I don’t know, so I’d better plan! I better plan to think about how I need to get his body prepared for 46 or 47. I don’t know.”