TONY FERGUSON isn't getting his hopes up about fighting for the lightweight title, a scenario he's likened to a "wet dream".

For the last three years, fan favourite Ferguson has been in touching distance of competing for the 155lb crown. 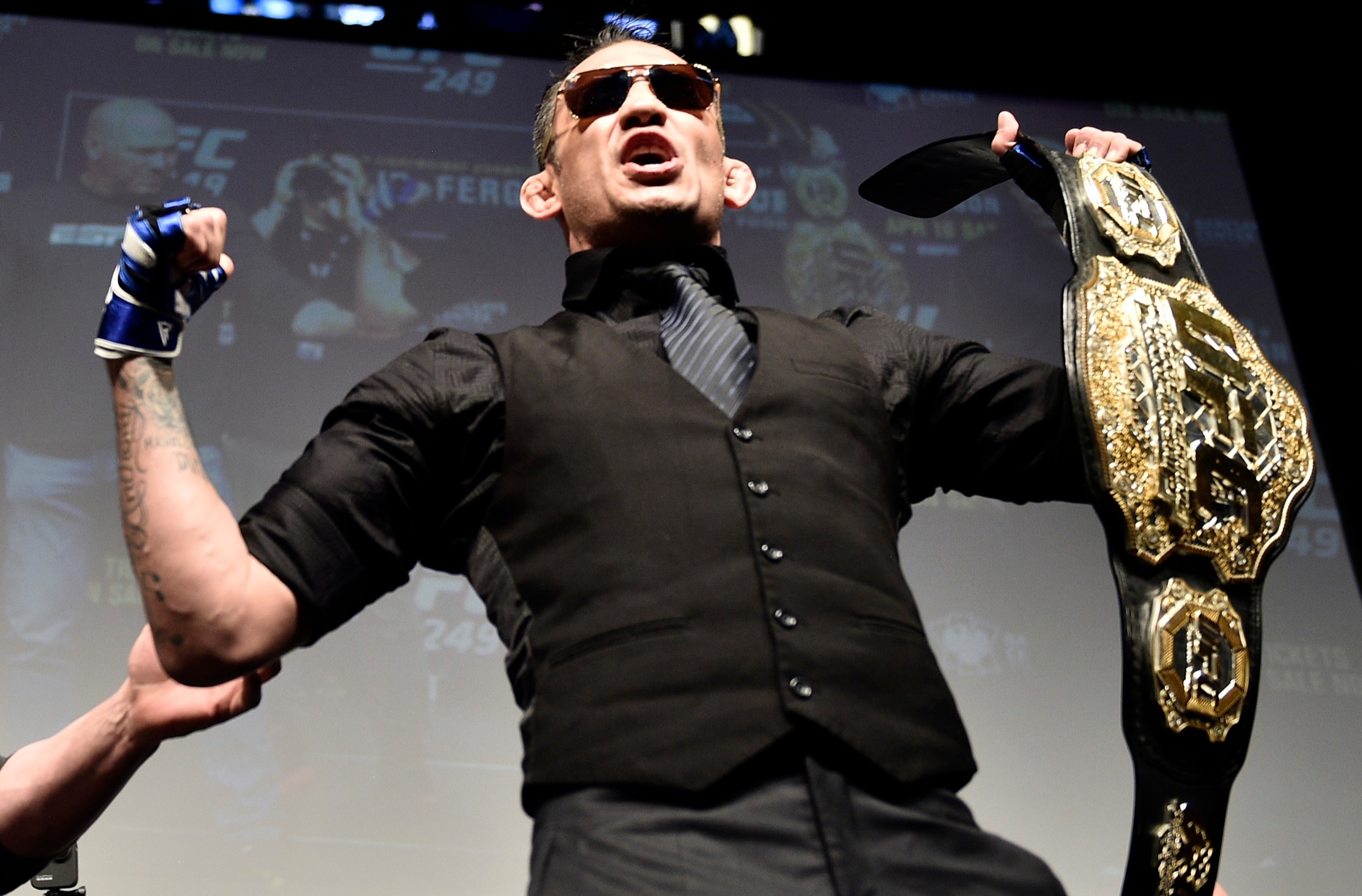 A knee injury and the coronavirus pandemic laid waste to Ferguson's two scheduled undisputed title bouts, both of which were meant to see him lock horns with the recently-retired Khabib Nurmagomedov.

Ferguson's journey back to title contention begins this weekend at UFC 256 in Las Vegas, where he'll throw down with the red-hot Charles Oliveira.

But 'El Cucucy' – who suffered a brutal fifth-round TKO loss to Justin Gaethje at UFC 249 in May – doesn't foresee another title shot materialising any time soon.

"Like that Farmers Insurance commercial: ‘Oh, you almost got it. Keep it going. We’re just going to keep dangling it in front of you.’

"I don’t know what the problem is. I don’t know if it’s because I’m Mexican. I’m American with Mexican parts. Twelve-fight win streak.

“Eight years in the making, before women’s sports were even in. Conor (McGregor) was on welfare.

"All these different things, and I still didn’t earn a title shot.”

Former interim lightweight king Ferguson is more than satisfied with what he's achieved in his career, so much so he's no longer thinking about claiming the one title that's eluded him.

The Ultimate Fighter season 13 winner added: “I’ve got the belt in my room. I could go after another belt, but how much greed is that?

"How much greed can you want? You want to be like Khabib (Nurmagomedov) and hold on to it?”

UFC 256 takes place in Las Vegas in early hours of Sunday morning and is headlined by a men's flyweight title showdown between Deiveson Figueredo and Brandon Moreno.