THE top 10 biggest deals of the summer can finally be revealed after the transfer window slammed shut.

And the Premier League dominated the market, with English clubs accounting for SEVEN lucrative moves. 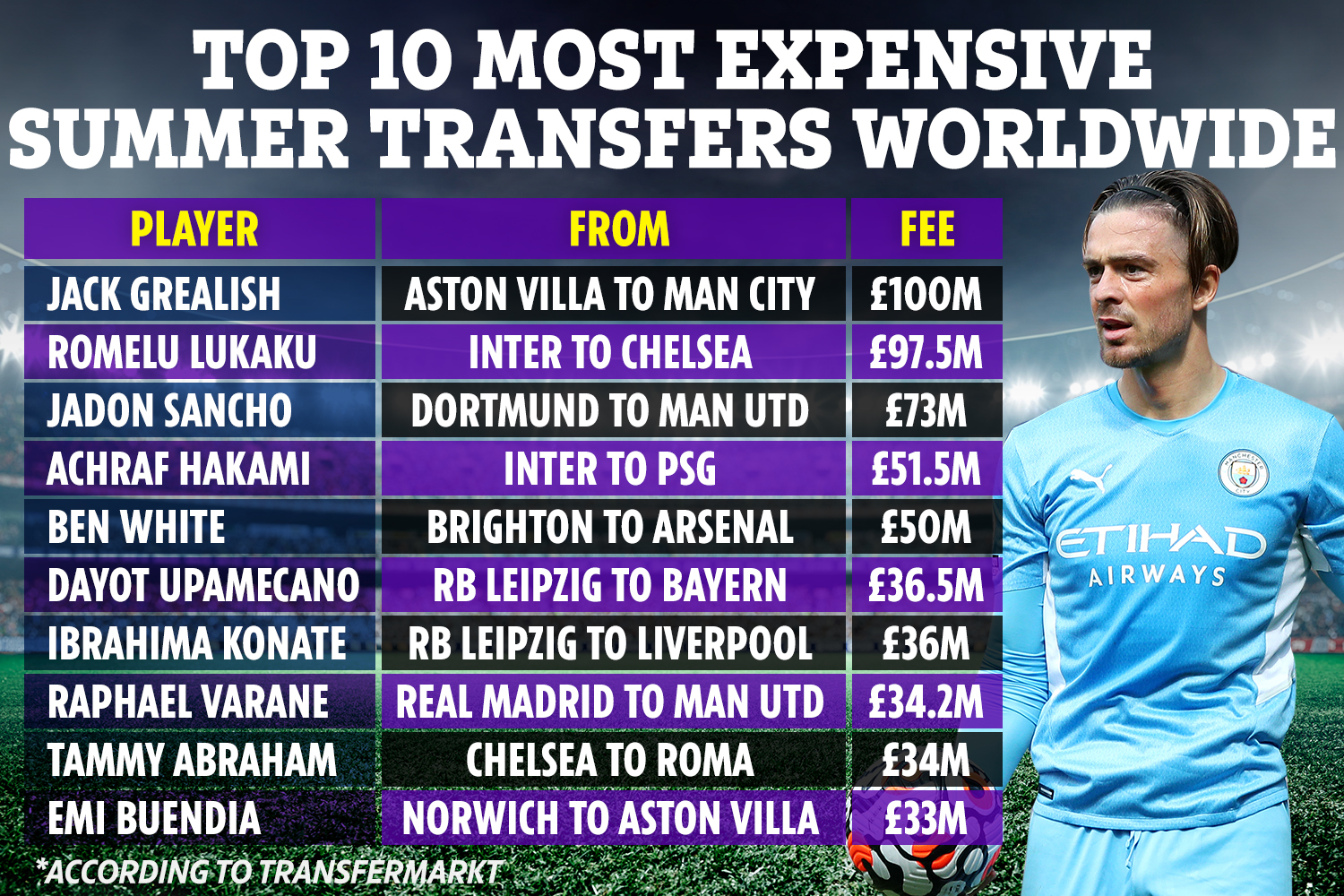 The biggest transfer of the summer was Jack Grealish’s £100million switch to Manchester City.

The champions moved quickly to sign Aston Villa’s captain after Euro 2020 by meeting his release clause.

And with Harry Kane’s proposed City move from Tottenham falling through, as well as Kylian Mbappe’s Real Madrid switch being KO'd by PSG, Grealish held on to claim top spot on the list.

That was a fair deal more than No3, which saw Jadon Sancho join Man United for £73m from Borussia Dortmund.

Next up was the highest amount paid by a non-English club, Achraf Hakimi’s £51.5m switch from Inter Milan to Paris Saint-Germain.

And the top five was completed by Arsenal’s £50m transfer for Brighton defender Ben White.

And next was Tammy Abraham’s £34m move from Chelsea to Roma.

The final spot in the top ten went to Aston Villa, who paid Norwich £33m for Grealish's replacement Emi Buendia.

In total, the top ten transfers of the window came to a staggering £545.7m, making it a summer of plenty – especially for the Premier League.