The Canadian side, like the NBA's Toronto Raptors, are having to play their home games in Florida this season, due to Covid-19 rules in their home country. 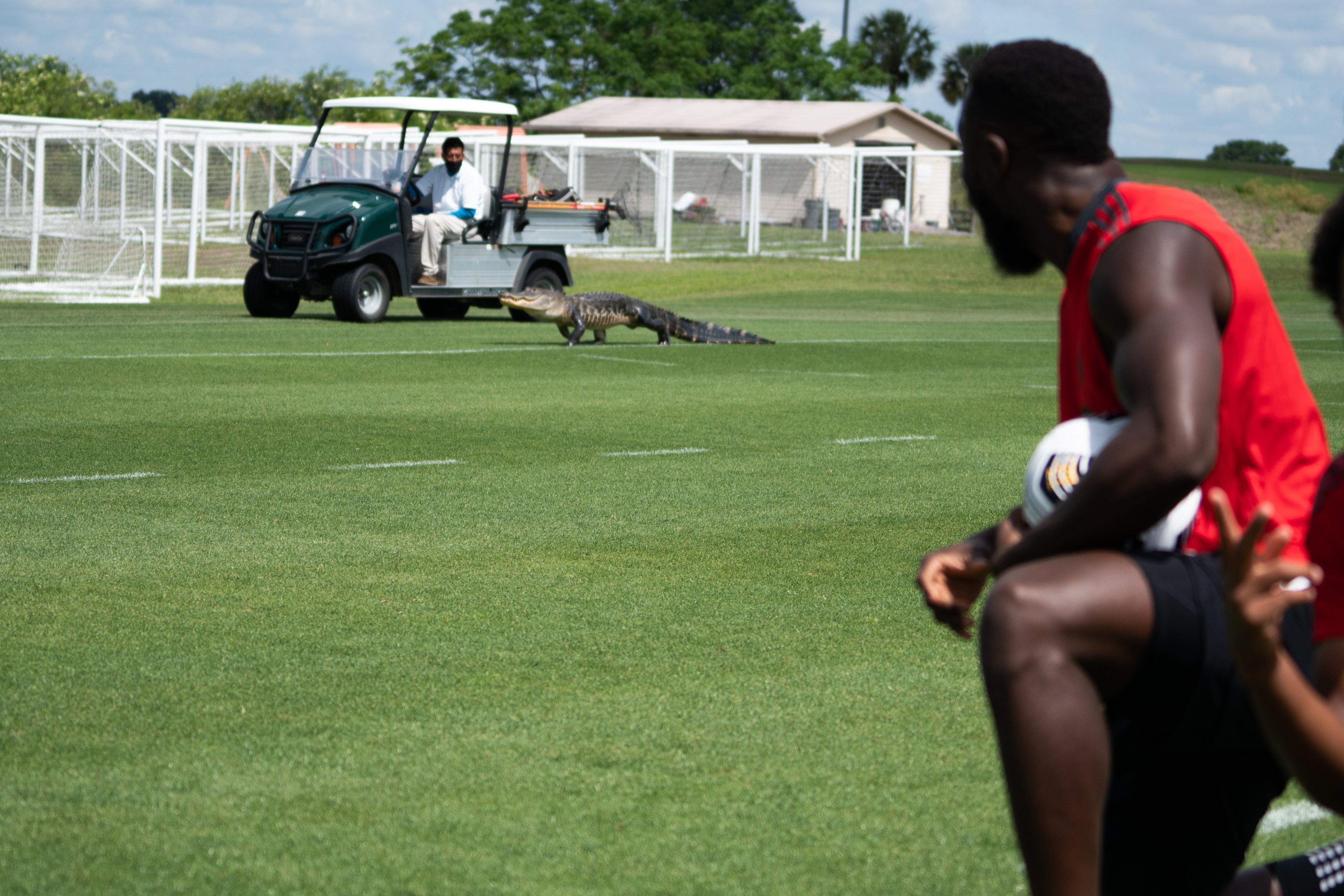 And nothing hammers home just how different their setting is, than being forced to make a snappy exit from training.

Florida is known for it's giant 'gators, with golf courses sometimes ambushed by the enormous creatures.

And Toronto's squad, including former Hull City and Sunderland striker Jozy Altidore, could only watch on as their session was put on hold.

But rather than being frightened, Toronto coach Chris Armas described it as a 'cool' experience for his players.

He said: "All I can tell you is that there was an alligator – a massive alligator.

"My players were running towards it as I went the other way.

"We talk about fearless and aggressive around here – but I didn't think we would think about that at this moment.

"It's maybe par for the course here in Florida, by the water.

"It was cool for the guys to see really close up and personal – a cool way to start training."

Armas, 48, will hope that his players can snap straight into action against Cruz Azul in the CONCACAF Champions League this evening.

The tie will then be concluded at Mexico City's historic Estadio Azteca next week.