The Arsenal star, 29, struck twice as the Gunners came from behind to win 4-2 in the explosive clash against Mauricio Pochettino's side. 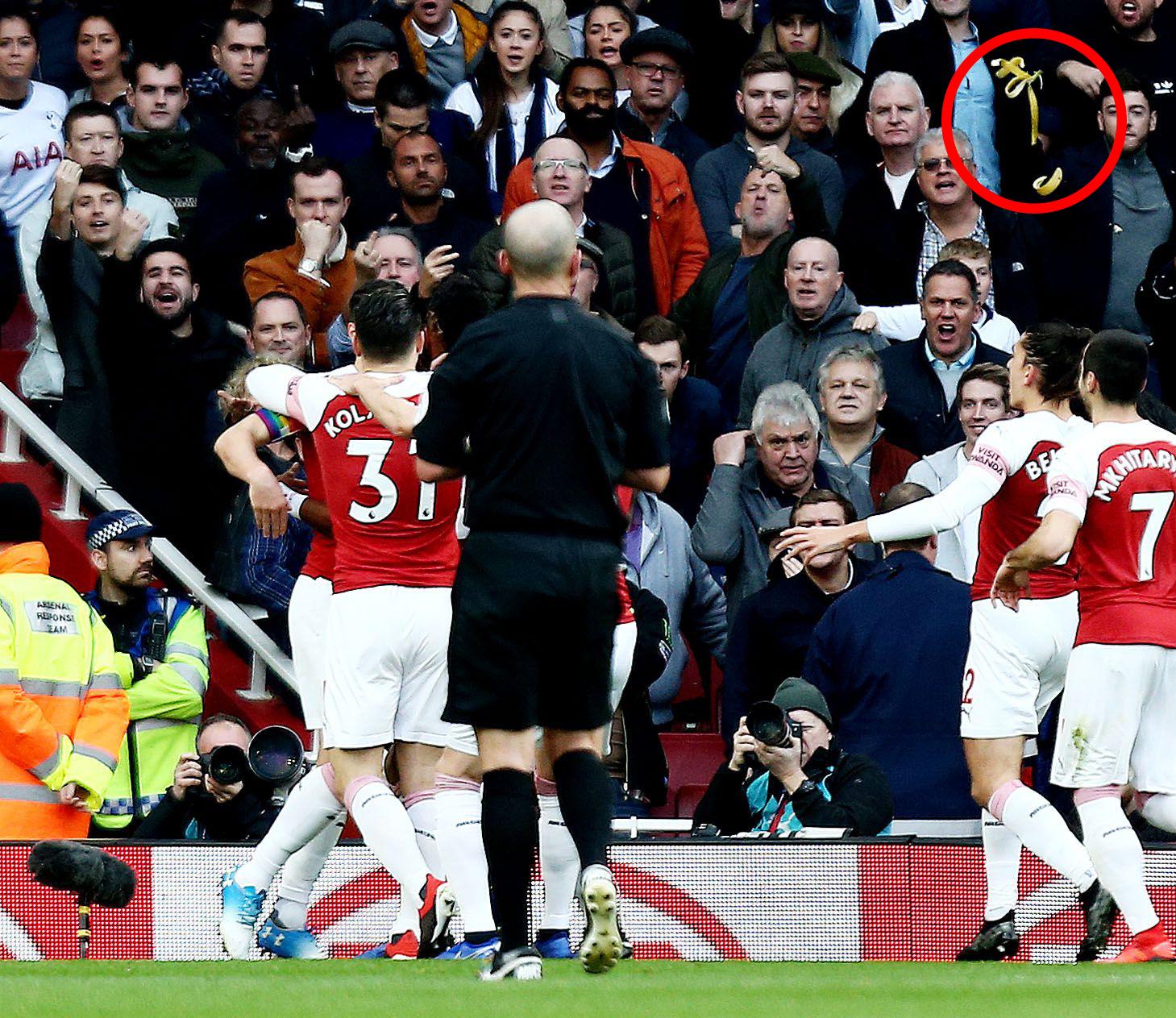 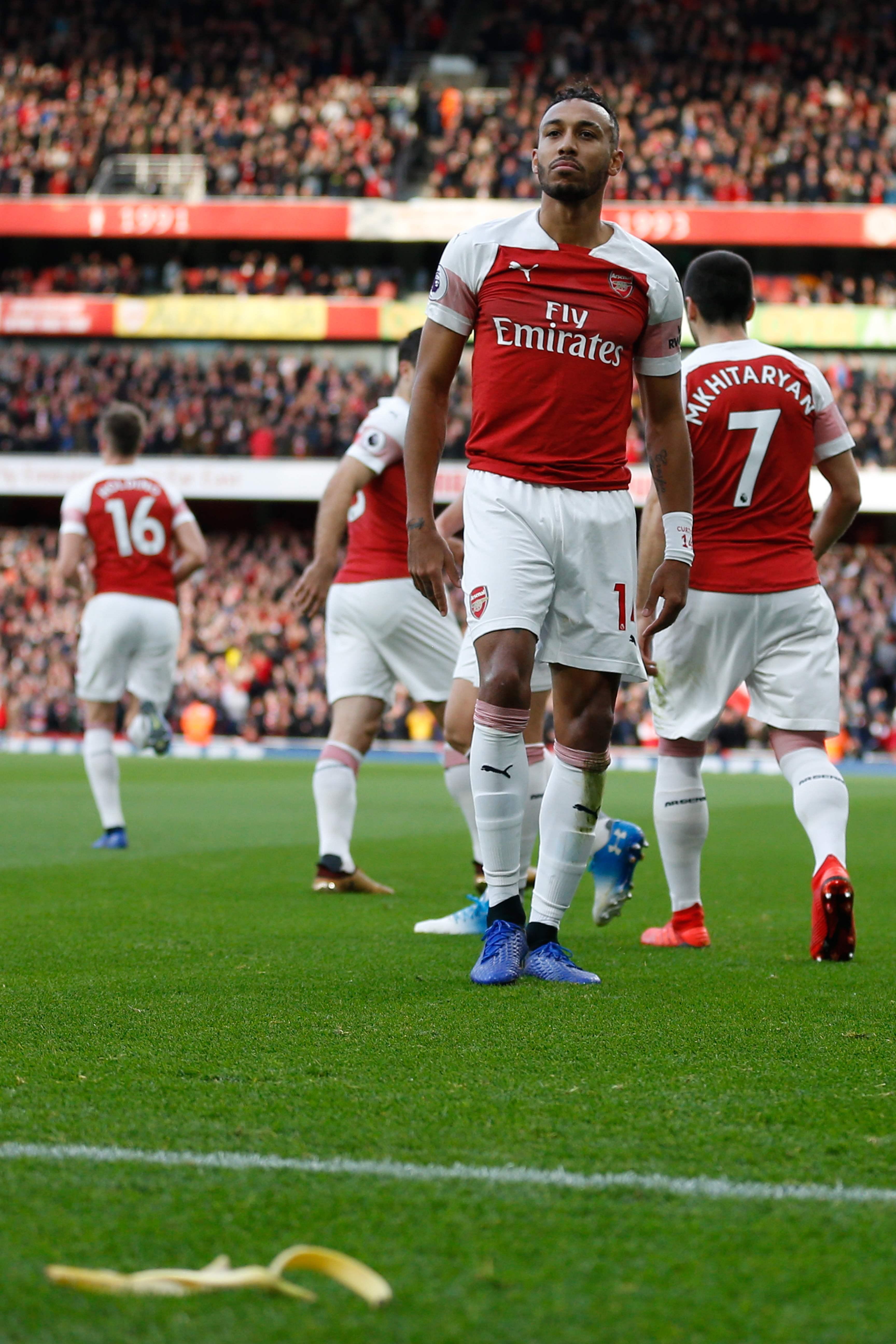 But as he celebrated netting his first goal from the spot in front of the Spurs fans, the banana skin was launched in his direction.

A steward immediately identified the alleged culprit and police went into the visiting fans to arrest him for throwing an object onto the pitch.

It is not known if the incident was connected to racism.

But a Spurs spokesman said: “Behaviour such as this is completely unacceptable and the supporter in question will be issued with a ban.” 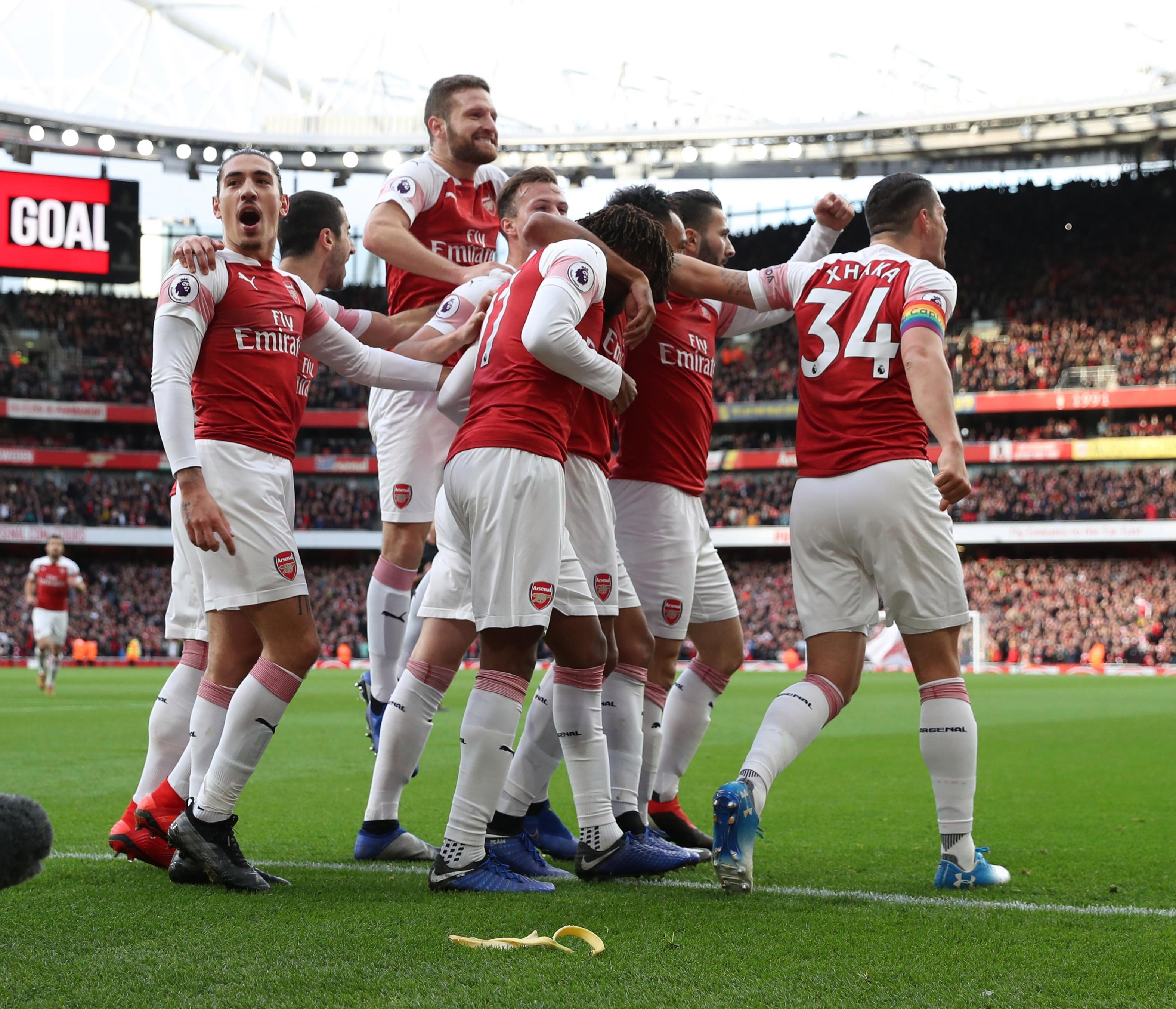 Two Gunners fans were also arrested for letting off SMOKE CANISTERS on an afternoon of shame at the Emirates.

And both clubs face an FA probe after their players and staff were involved mass BUST-UP on the touchline following Eric Dier’s equaliser on the half-hour mark.

Harry Kane gave the visitors the lead in the first half before the Gabon striker's second.

That was followed by two goals in three second-half minutes from Alexandre Lacazette and Lucas Torreira earned Arsenal the points. 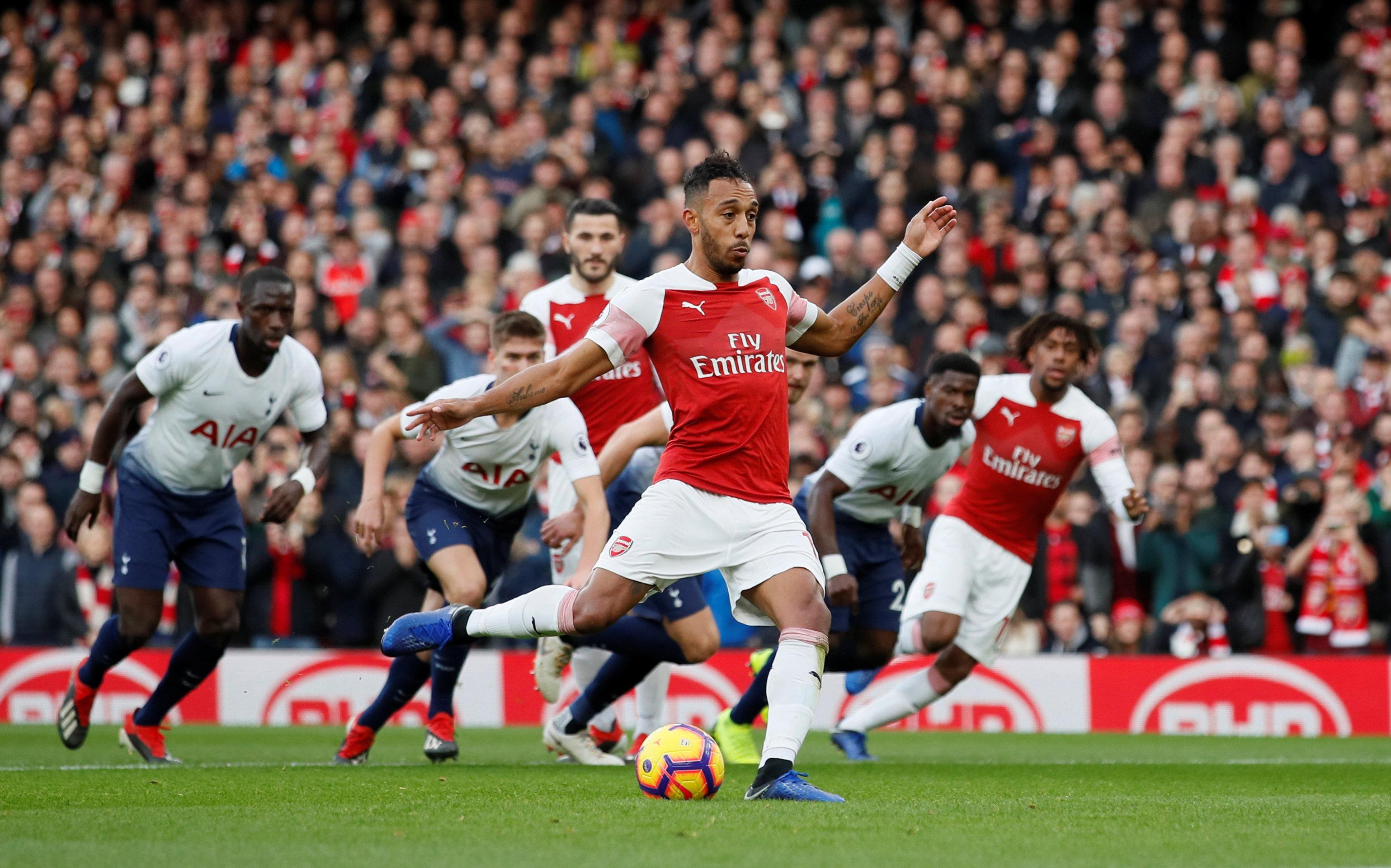