‘I am 100 per cent not a racist. I swear on my kids’ lives I am not that kind of guy’: Tottenham fan charged for throwing banana skin at Pierre-Emerick Aubameyang insists he acted without thinking of racial implications

The Tottenham supporter charged with throwing a banana skin at Arsenal striker Pierre-Emerick Aubameyang has insisted he is not a racist.

Averof Panteli, 57, a van driver from Norwich, claimed he found the banana skin on the ground at the Emirates Stadium and hurled it without thinking of the racial implications.

The incident happened after Aubameyang’s 10th-minute penalty gave Arsenal a 1-0 lead in Sunday’s north London derby. Father-of-three Panteli claimed he reacted because he thought Aubameyang goaded the visiting Spurs fans as he celebrated his goal. 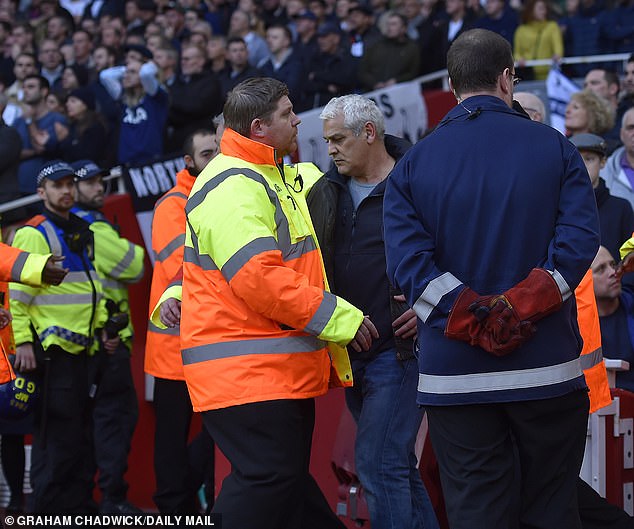 He said: ‘I am not racist whatsoever. I am actually a Greek Cypriot. I am 100 per cent not a racist. I swear on my kids’ lives that I am not that kind of guy.

‘I apologise if I have offended anyone from both clubs, especially Tottenham. It was a mad thing I did and I never meant to offend anyone in any way. I never meant anything by it.

‘I have been charged with throwing an object. I am not charged with anything racist. The police were happy to accept it was not racist. I have made a big mistake and I am sincerely sorry for it.

‘The Arsenal player was gloating in front of the away fans. He came up towards the away fans and is basically nodding his head and clapping at us. The fans at the front were getting upset and shouting and swearing. 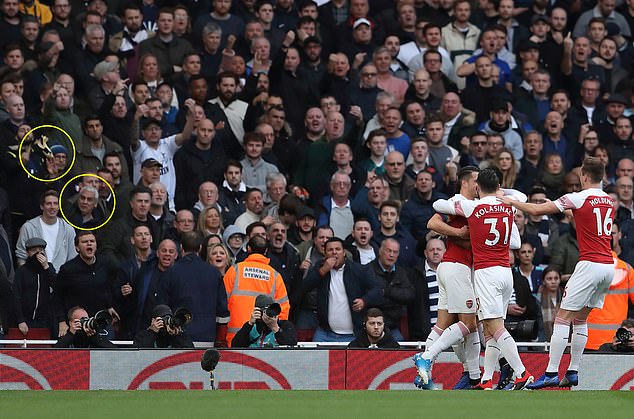 Mr Panteli, who grew up in north London and now lives in Norwich, said he intends to plead guilty to throwing a missile on the pitch when he appears at Highbury Corner Magistrates’ Court on December 31.

He added that he phoned Tottenham to apologise and was told by club officials that he was banned for life.

The FA, however, have dropped their probe into the flashpoint after police ruled the incident was not racially aggravated.

‘I regretted it after a few seconds’, he added. ‘I thought, ‘s***, what did I do?’ It was not meant to be racist but it was completely wrong and I will take my punishment.

‘I am deeply sorry. It is totally out of character. I didn’t think of the racist connotations. If I had thrown an apple or a pear, it would have been OK — but because it was a banana, it wasn’t.

‘I phoned Tottenham to apologise and they said they would be getting in touch with me to ban me for life.’ 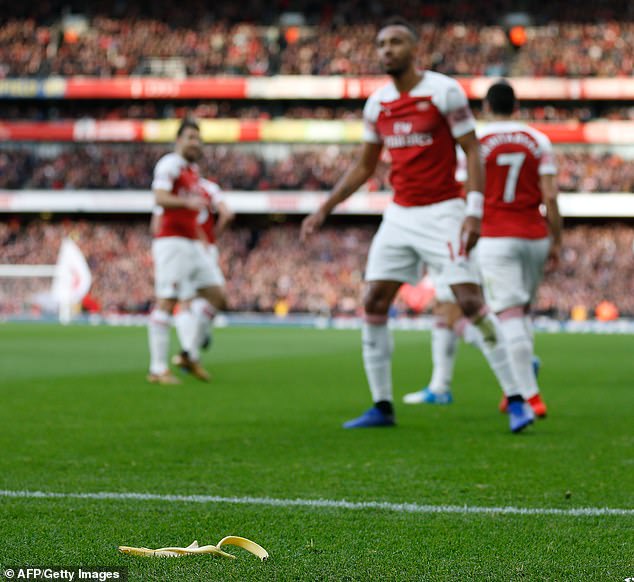 Mr Panteli claimed the banana had been eaten by a young boy at the game with his father.

He said: ‘They just left the skin on the ground and I picked it up. I certainly did not bring it to the ground. I am not condoning what I did and I regret it already.’

Mr Panteli said stewards and police approached him about five to 10 minutes after the incident to take him out of the ground after they reviewed CCTV footage.

He was taken to Wood Green police station and charged with throwing an object on the pitch after the police accepted he had not acted in a deliberately racist way.

He said: ‘They were happy to say it was not racism. I have got black people in my family. I have got nephews in London with black partners and they have kids.

‘I grew up in Tottenham, where 70 per cent of people are black. I have been friends with black people all my life. I do not have a criminal record and I have never been in trouble with the law in my life.’ 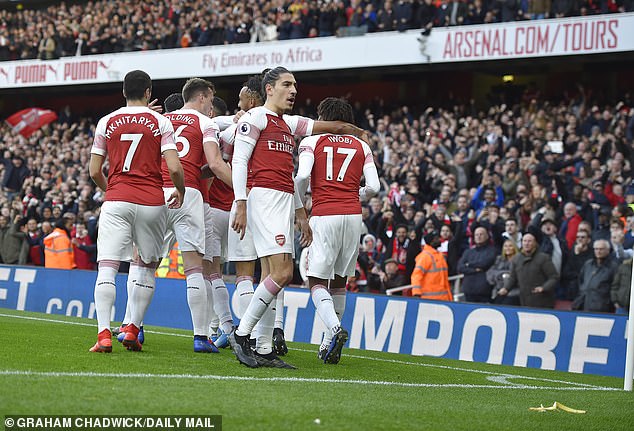 Both Arsenal and Tottenham have been charged for the brawl that followed Eric Dier’s equaliser at the Emirates. The row erupted in the 32nd minute when Dier celebrated in front of the home supporters having headed home Christian Eriksen’s free-kick.

The FA have confirmed that both clubs have been charged with failing to control their players. They have until 6pm on Thursday to respond to the charge. If found guilty, both sides are likely to be fined.

Meanwhile, police also confirmed that Paul Wright, 41, of Talbot Place, Bexley, was charged with a public order offence and released on bail to appear at Highbury Corner Magistrates’ Court on New Year’s Eve.

In addition to Panteli, two other men — understood to be Arsenal fans — were charged for throwing missiles on to the pitch.

Charlie Watts, 26, of Goldring Court, St Albans; and Jason Gannon, 36, of Gargery Close, Gravesend, Kent, were bailed to appear at the same court on Tuesday December 18. 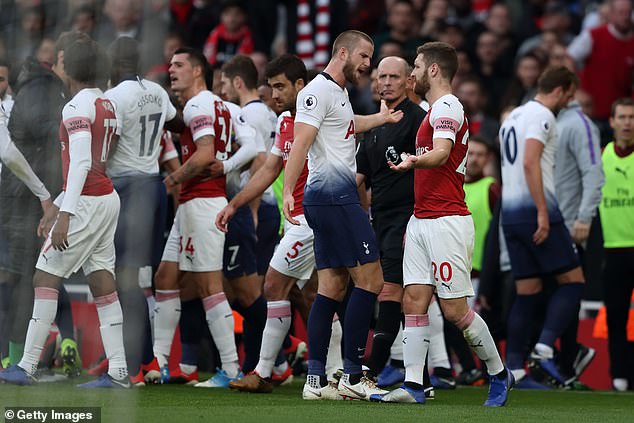