I HAVE never been a knee jerk pundit.

Especially when it comes to my own club. 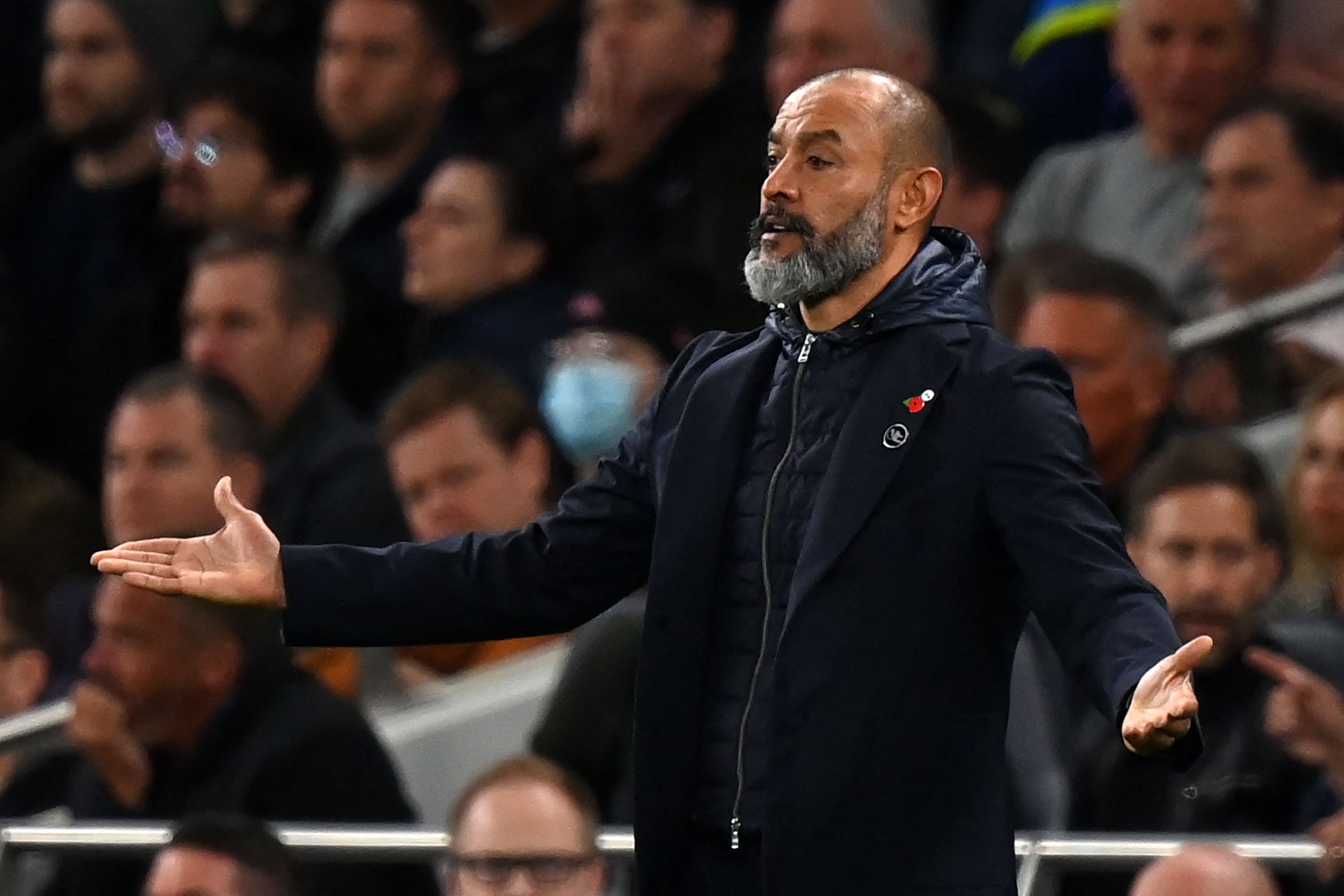 I argued that AVB deserved more time to deal with life after Gareth Bale, even when the fans had turned.

I certainly felt that it was the players who needed to change, rather than the manager, when Mauricio Pochettino’s reign fizzled out.

And I believed it was premature to get rid of Jose Mourinho last season, although that made me a member of the Spurs minority.

But when it comes to the current state of the club there is only one realistic outcome, and one that is already more than a month overdue: Nuno must go!

Not in a few weeks, after he has been given a bit more time. But now. Tomorrow if not today.

It is not entirely Nuno Espirito Santo’s fault, by any means.

Whether he is, as some suggest, a nice man, or, as others argue, someone who cuts his players dead and has no relationship with any of them, is, actually, immaterial.

There are plenty of great managers whose players doubted if they had a father or a mother.

Likewise, it is not Espirito Santo’s choice that his best player did not want to be at the club all summer – and is playing with the weight of that failed move on his shoulders now.

What matters is whether he can get a tune out of the players at his command. Including Harry Kane.

And where Jurgen Klopp has an orchestra in perfect pitch, Pep Guardiola can produce moments of corruscating drama, Thomas Tuchel brings Johann Sebastian Bach, if not quite Beethoven, and even the likes of Graham Potter and Thomas Frank have got a decent band together, Nuno’s Spurs couldn’t play a penny whistle.

It is easy to be wise after the event, of course.

But plenty of Spurs fans were wise BEFORE this event.

Look at Nuno’s Wolves. Their best results and performances tended to be in games where they didn’t need to have the ball, where they could sit and hit on the counter.

And all of them under no real pressure. If they lost, there were no damaging headlines or phone-in autopsies.

Forget about the argument over whether he was the fifth, six or seventh choice. He was the WRONG choice

At Tottenham there is an expectation.

Not of success – one League Cup in 22 years puts things in perspective – but of approach.

Fun, under Nuno? Only if you opt for an entirely new definition. The one that currently applies to “terminal dullness”.

Forget about the argument over whether he was the fifth, six or seventh choice. He was the WRONG choice.

He was never going to be the right fit for Tottenham and with every passing week of turgid turmoil, Daniel Levy’s promise about style and “Spurs DNA” looks more like a sick joke at the expense of the fans.

No shots on target for 90 minutes against a Manchester United side that shipped five in 50 minutes last week tells you everything you need to know.

As do the shocking numbers:

Just 103 shots so far – only Norwich have managed fewer.

A mere 40 on target – 9th in the Prem. No wonder they have only scored nine in 10 games. Appalling.

Levy and new sporting director Fabio Paratici got it wrong in the summer.

That happens. The smart move is to recognise and accept it, hold up their hands and take the appropriate action.

There is nothing, absolutely nothing, to be gained by letting this morass of indecision, inconsistency and inertia continue for one day longer.

It should have been done after the Arsenal debacle. It must be done now.