Barrier trial form can be hit and miss at times but in the case of three-year-old debutant Gogoldcoast his trial form stands out after the events at Rosehill last weekend.

When the Chris Waller-trained gelding lines up in the Signarama Erina/Gosford Handicap (1200m) at Gosford on Thursday he’ll do so having accounted for impressive city winner Kapajack in his only public barrier trial. 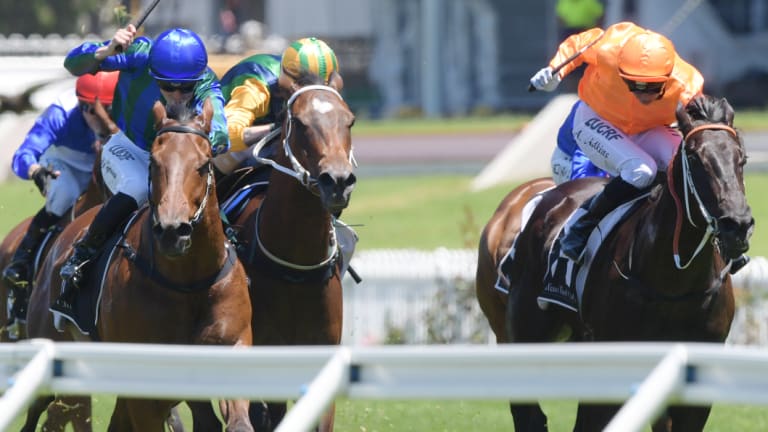 Kapajack accounted for Benchmark 78 class on the back of his close second in the 900m trial, on November 19, and he was niggled along at times to stay with Gogoldcoast in the last 200m.

Waller has selected a very suitable race to kick off Gogoldcoast’s career but, unlike Kapajack, he’s been very well found by punters already.

That aside, if Gogoldcoast runs up to his impressive trial performance, as Kapajack did, he’s set for a winning debut.

In-form mare Stock Up has proven she’s racing in the best form of her short career to date with successive provincial wins followed by a brave fourth in a Benchmark 78 at Rosehill last month.

She carried just 50kg, thanks to the claim for apprentice Jenny Duggan, who reported “she felt that hard track a bit today but I thought she went super’’ after that race.

With senior rider Christian Reith back on board, he guided the four-year-old to victory at Hawkesbury first-up, she’s up 7kg but plummets in class.

Trainer Scott Singleton also accepted with Stock Up for a race at Rosehill this Saturday and if she happens to miss today’s race in favour of the harder event it tells you she’s really flying because she has the Gosford event at her mercy.

The win of Rosina Kojonup at Warwick Farm on Wednesday enhances the claims of Swelt, who chased her home at Hawkesbury first-up, to break through in the Vital Hospitality Group Handicap (1100m).

The colt was placed behind Lean Mean Machine on debut and what was pleasing about his first-up performance was he didn’t give up the chase and was holding his ground to the line.

He’ll be improved for the run and won’t have to chase a horse of the calibre he’s been faced with in his two starts to date.